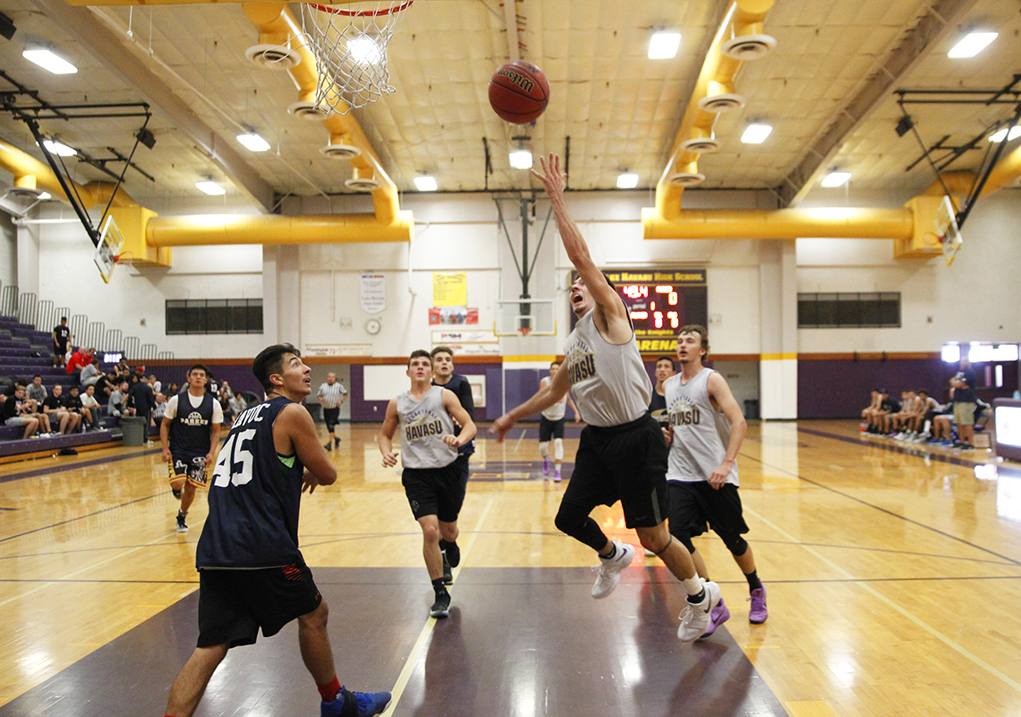 To kick off the winter sports season, the Lake Havasu Boys varsity basketball team competed in the Jamboree Scrimmage against the Parker Havoc and the Fort Mohave Devils Saturday. Even though the scrimmage didn’t count as an actual game, the Knights demonstrated how dominant they look to be this season.

In the first game against Parker, the Knights displayed outstanding defense, as several steals were recorded as well as a couple bruteful blocks against the Havoc. At first, the offense needed a few possessions to lock in but quickly started clicking on all cylinders.

Throughout the game, No. 4 Steven Kornowski dominated on offense with luck from in the paint as well as beyond the 3-point line. Another standout scorer was No. 7 Andrew Ortega, as he had 8 points to complement Kornowski’s 9.

Ortega, as well as No. 3 Cole Wade came in big with excellent rebounding on the defensive end. As the game entered the final minutes, the Knights continued with a 27-25 win, headed on to face Fort Mohave. 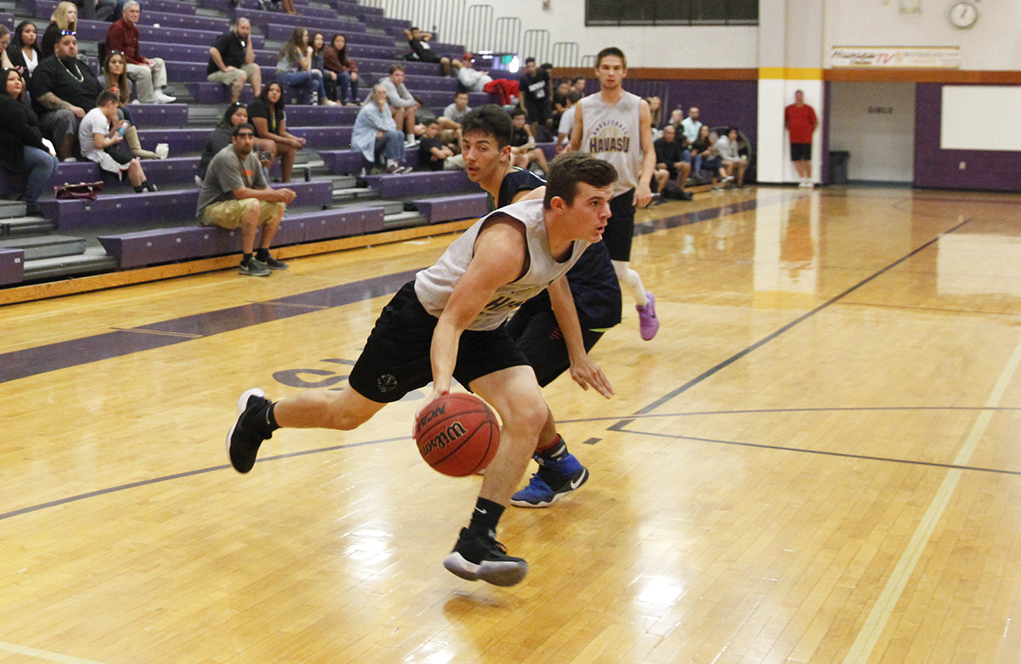 Cole Wade (#3) drives into the paint and dishes for a quick layup. Jillian Danielson/RiverScene

Going into game two, the Knights’ starting point guard for both games, No. 0 Ryan Hopp, was in double digits in scoring and had almost achieved a double-double with his righteous assists. The Knights displayed great team chemistry against the Fort Mohave Devils, as the team passed the ball fluently to stifle the defense.

Throughout both games this varsity team displayed high athleticism, as well as lateral quickness on both ends of the court. The Devils proved to be a formidable foe as they had an excellent offense to combat the Knights’ impressive defense.

It seems as if the Knights varsity is more than ready for the season and will show opponents their high-intensity level of play firsthand. The Havasu Knights’ freshman, JV, and varsity teams all play their first official game Tuesday in Kingman. 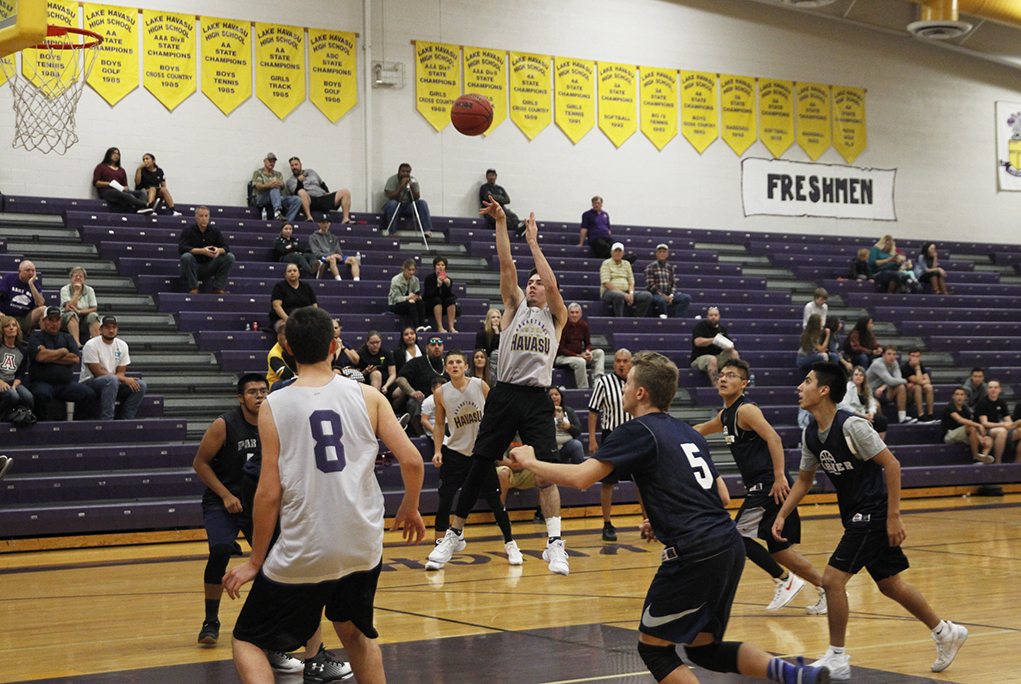 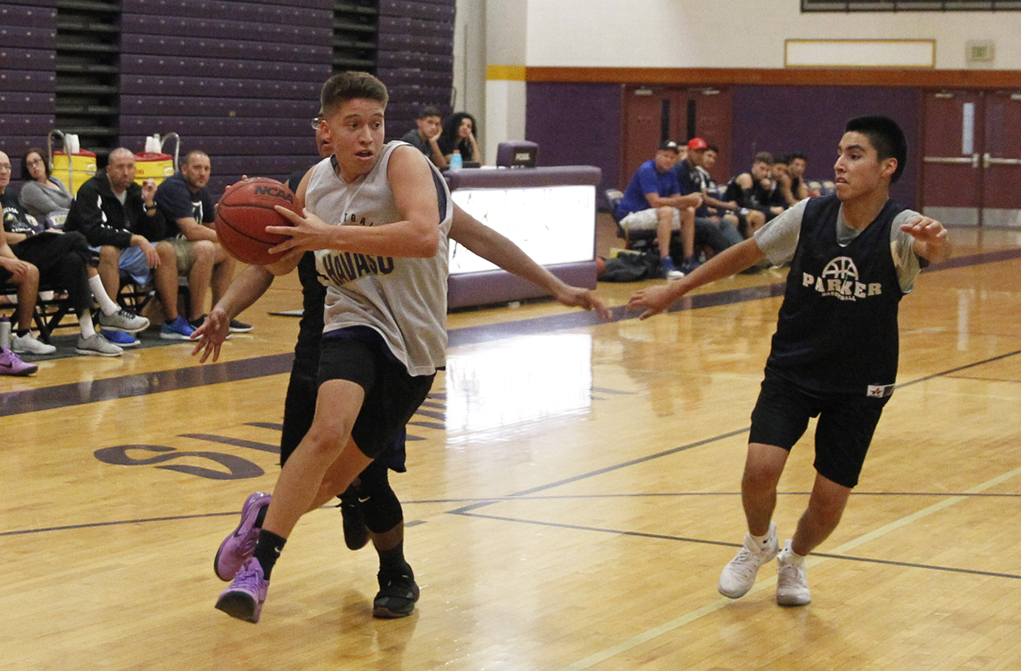 Outstanding effort and athleticism by #5 Devon Alirez on the offensive possession. Jillian Danielson/RiverScene 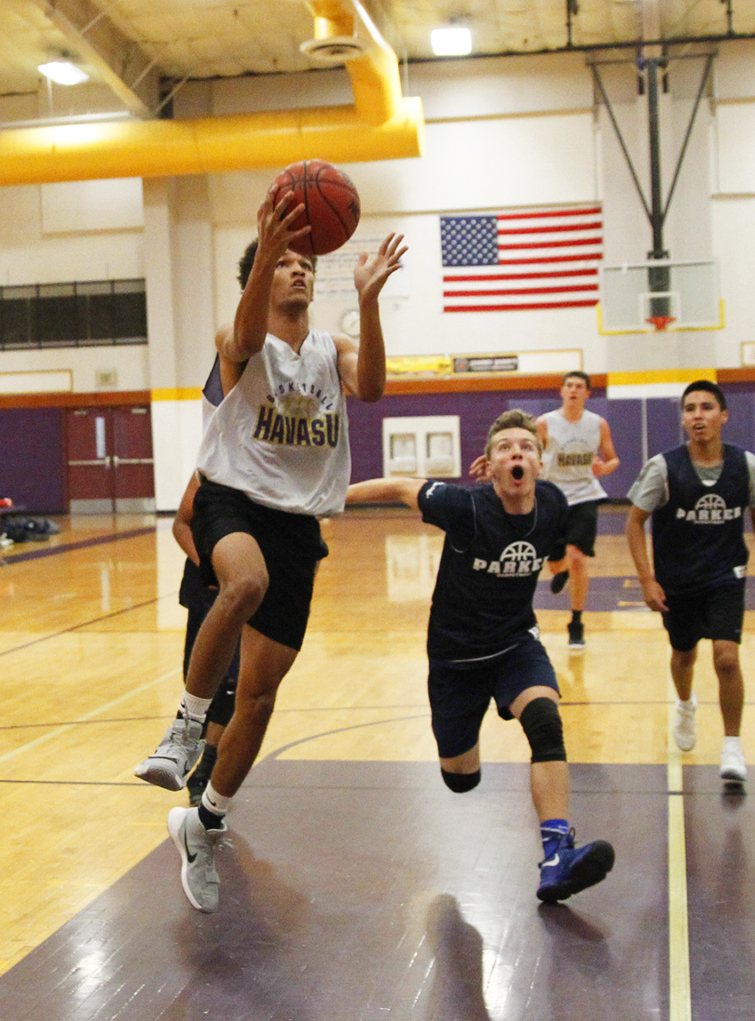 Coming off the bench, #7 Andrew Ortega slips past the defense for an easy bucket. Jillian Danielson/RiverScene 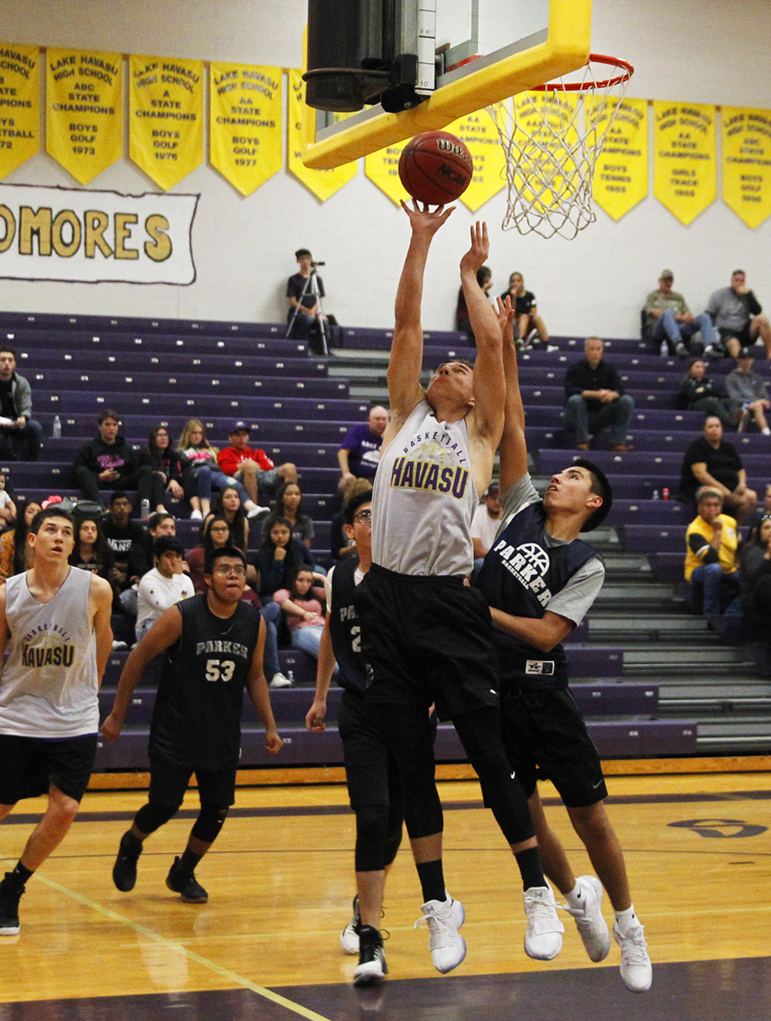