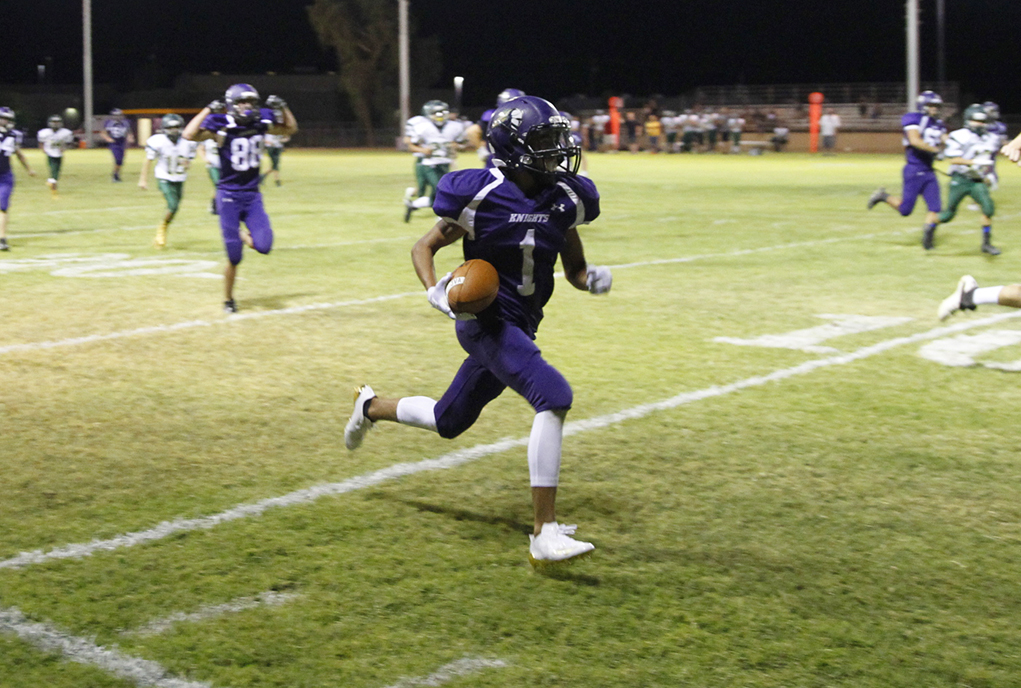 Lake Havasu’s Fighting Knights JV squad triumphed in Thursday night’s game against Mohave Valley. While the defense was constantly stellar, it only took a short time for the offense to connect and start overpowering the T-Birds’ defense.

The T-Birds weren’t in complete disarray though, as they had scored the first touchdown and a 2-point conversion in the second quarter, only fueling the Knights to push harder for victory.

As the game continued, any prior mistakes vanished, and yards were gained. Every player made an impact on the game on both sides of the ball, making it a true team effort. The offensive and defensive lines provided the coverage necessary for players like Jayden Azar and Jesse Casillas to bolt down the field.

Another player to take the spotlight early was No. 5 Aubrielle Harris on the defensive end. Harris made important stops early on that would’ve resulted in a score or a 1st down yards gained.

During the second quarter, the offense was making progress, but was limited because of the tough defense of Mohave. It was when a deep pass was caught by Jordan Arellano, that the offense sparked and began to blow past the T-Birds. 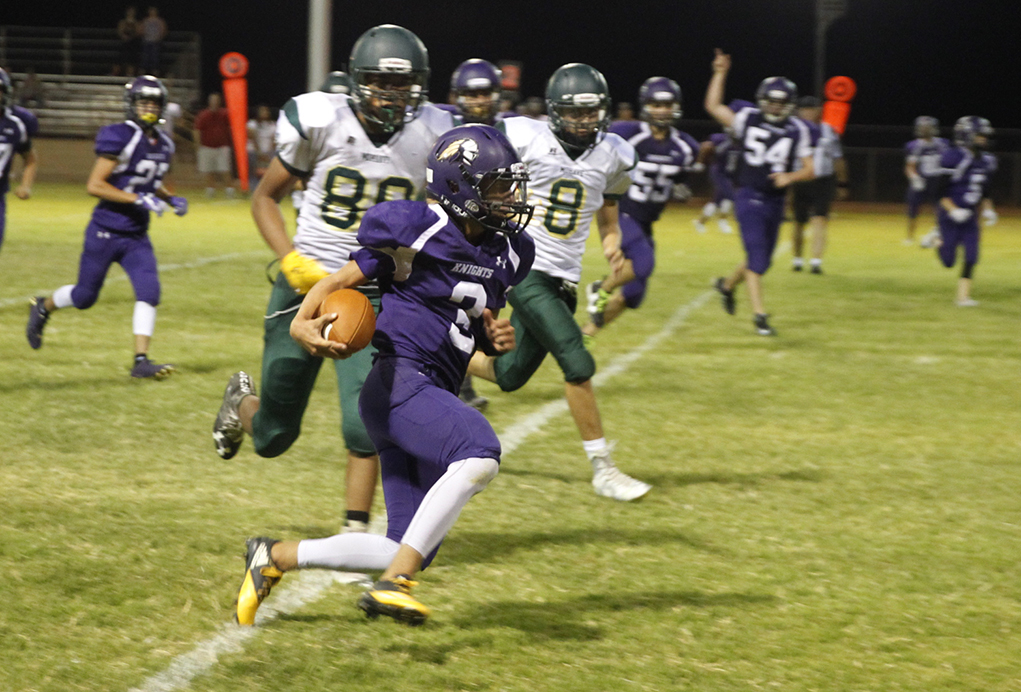 Brace Spencer, 3, carries the ball down the field. Jillian Danielson/RiverScene

Once the third quarter started, No. 1 Jayden Azar was executing almost every opportunity, making very quick work of the defense. It was also thanks to No. 3 Brace Spencer who had gotten a critical first down in the third that led to a touchdown by Azar.

The stellar defense by the Knights caused the T-Birds’ offense to quickly crumble, and to seal the deal. Nicholas Wolesky, No. 55, sacked the QB to end their run. Tragedy struck in the third however, when the ball was fumbled and recovered by Mohave on a run by the Knights but that didn’t stop them.

Jesse Casillas played a major role in supporting the Knights on the defensive end to yet again stop the T-Birds in their tracks. Casillas also was responsible for the punt return as he dashed to the 14-yard line, hardly scathed by the defense.

Brace Spencer shined again in the third as he scored the Knights’ second touchdown, putting the Knights ahead.

The fourth quarter was led by the defense as Nicholas Wolesky, Zachary Thornhill, Blake Johnson and Jesse Casillas made the offense look non-existent. Spencer and Azar smoked the defense yet again as another touchdown was completed by Spencer, practically securing the win for the Knights.

In the end, the Knights earned a hard-fought victory against Mohave resulting in an 18-8 win for the JV team.