Knights Varsity Coed Wrestling Team Off To A Strong Start 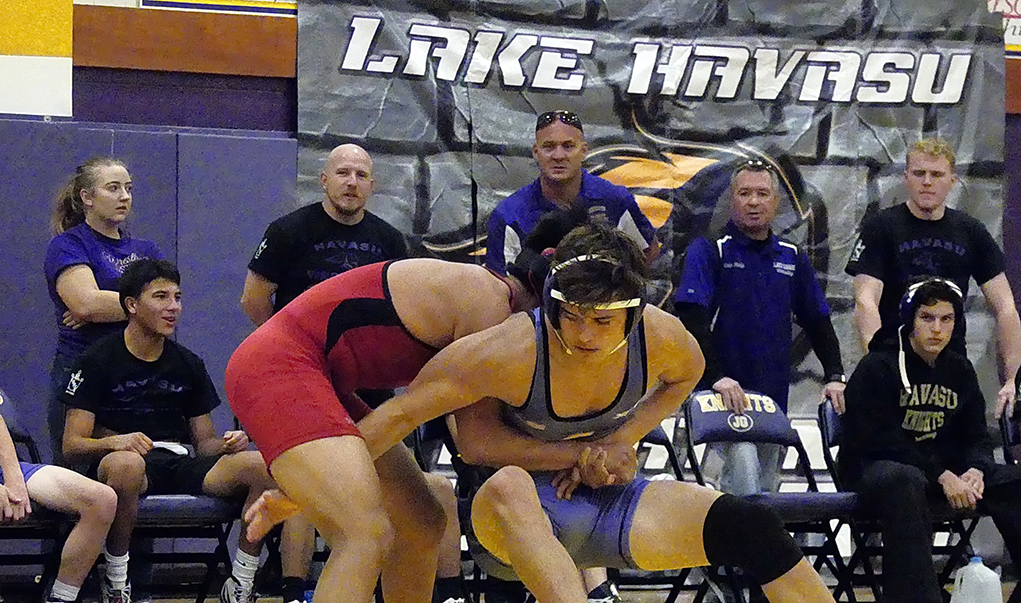 In the first matchup against River Valley, the Knights showed signs of quickness and strength to quickly overpower opponents.

Eane Ashley, along with Kaden Ada and Rob Samsoe were quick on the grabs and  made easy work of their opponents throughout the first match. Other wrestlers such as Jared Thomas and Devin Ray were up against more skilled opponents, forcing them strategize more and carry on through multiple periods. 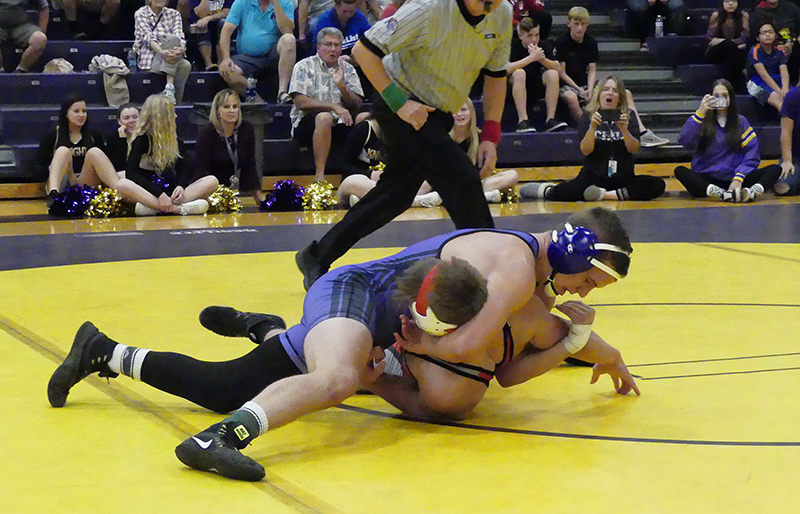 Robert Samsoe with a pin Tuesday afternoon. One of his three pins was done in just six seconds. photo courtesy Gary Meyers.

Even though the first matchup had its rocky moments, the Knights won against River Valley after suffering only one loss and gaining four victories by forfeit because of  missing wrestlers on River Valley. The Knights felt confident going into the next matchup against the Dysart Demons.

The second match featured a crafty and very effective takedown by Robert Samsoe resulting in a quick win on his part. Kaden Ada also had another speedy victory, winning  not even halfway through the first period.

The only losses suffered by the Knights were by Eane Ashley and Xavier Merritt. The grapplers appear to have a good understanding with their coach and followed match preparation.

The Knights were victorious overall in the second match against the Dysart Demons, moving on to the third and final matchup against the Kingman Bulldogs. 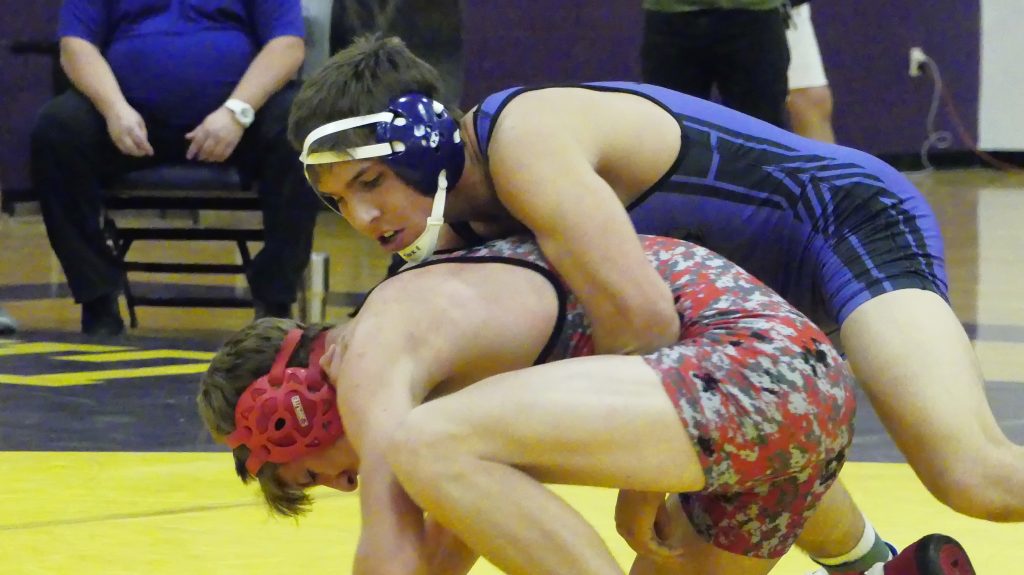 As they had in the previous matchups, the Knights excelled  at getting the enemy to the ground and quickly pinning them. Samsoe, Ray, Ashley and Trent Beyers, with their efforts in their personal matchups, gave Havasu the overall win over the Bulldogs.

The Knights next compete away from home Nov. 29, against Lee Williams, Cactus and Mohave Valley. 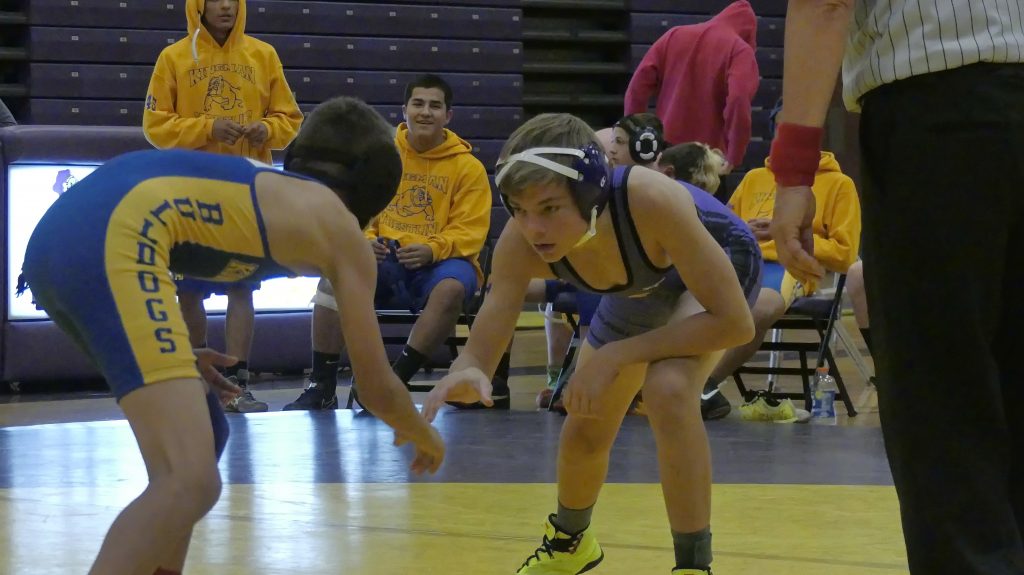 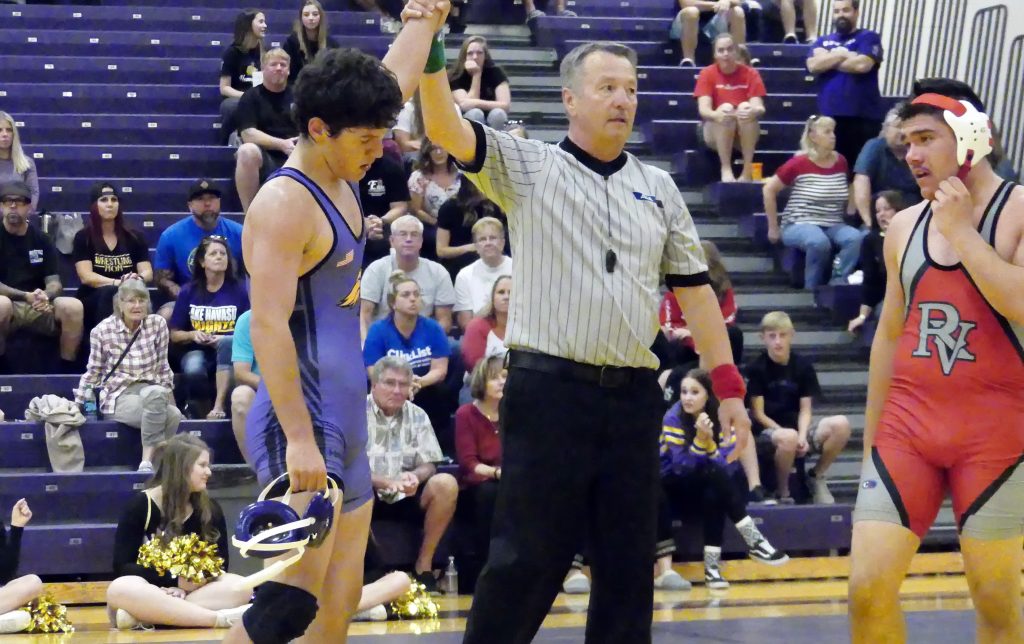