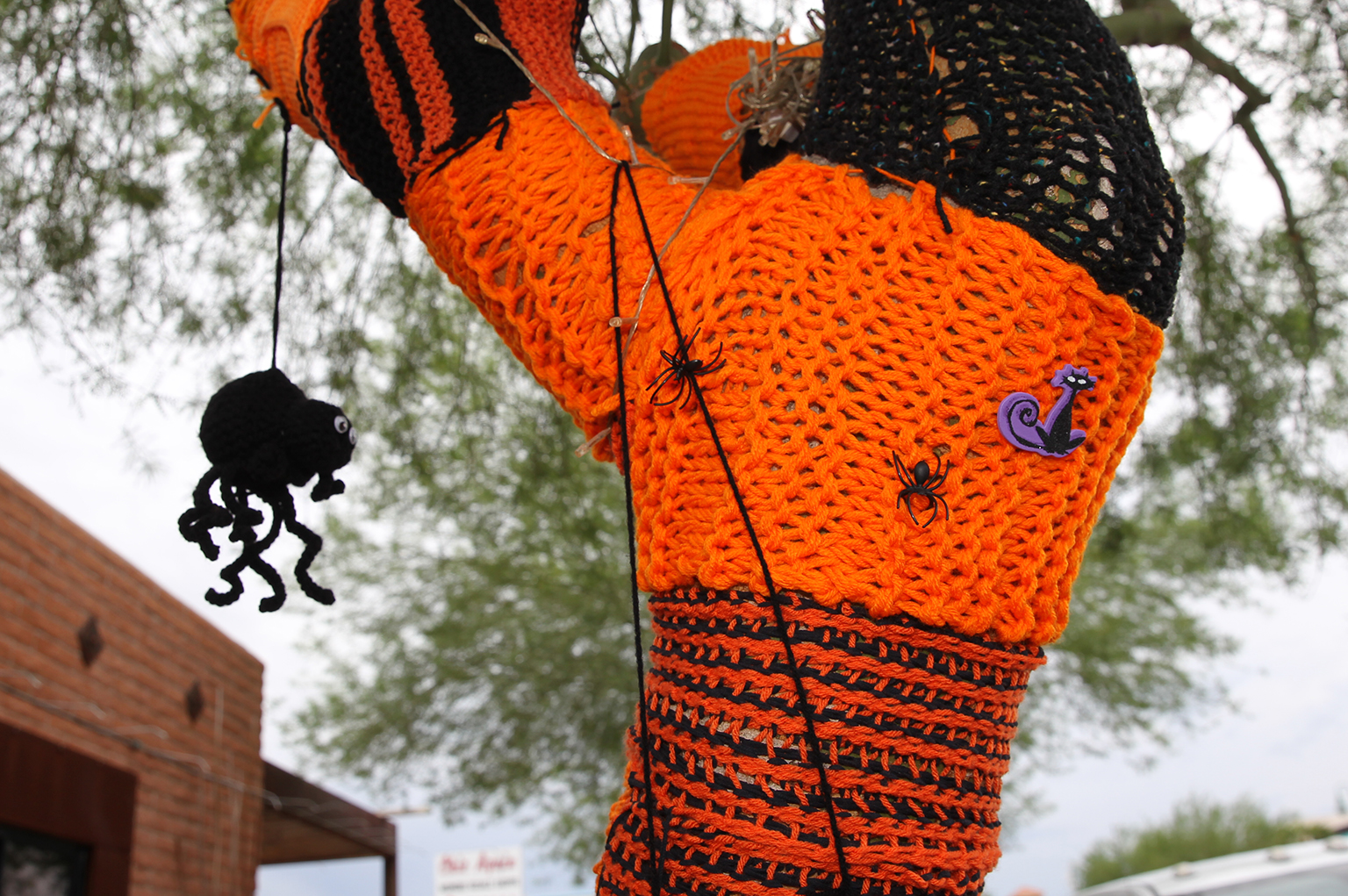 The Knotty Knitters are at it again. Tuesday, the Lake Havasu City knitting guild yarn bombed the Red Onion.

The guild yarn bombs the Red Onion twice a year at Halloween and Christmas. “We did Easter once but the caterpillars loved living under the yarn. It was gross,” said guild member Linda Scoles in an email.

This is the third year the guild has yarn bombed the establishment.

The Knotty Knitters guild was started by Marylou Tassinari, Sue Tierney and Scoles about four and a half years ago and there are currently 66 members. The group does a lot of charity knitting, takes field trips hosts occasional guest speakers and parties. 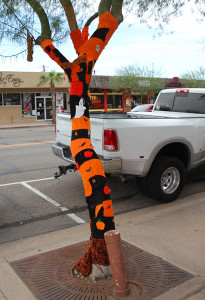 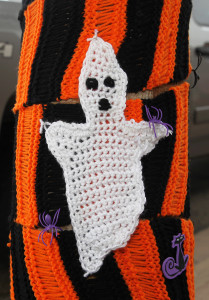