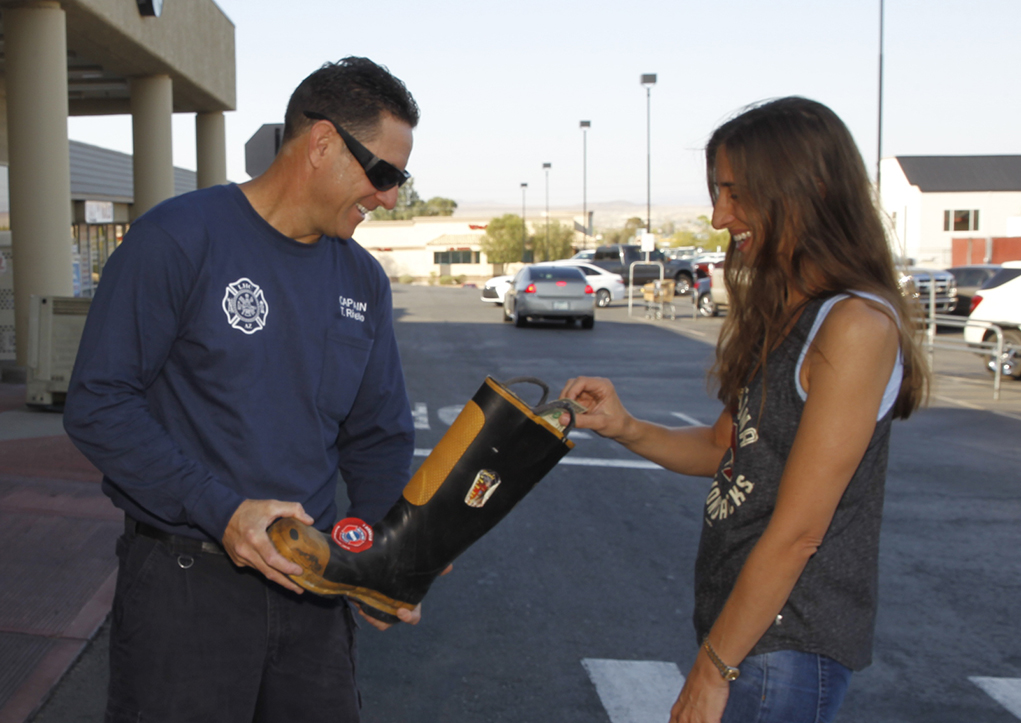 The originator of the Labor Day Telethon for Muscular Dystrophy, Jerry Lewis, won’t be leading the fight this year, having passed away last month, but his spirit will be out there on the streets of Lake Havasu City as firefighters man strategic positions accepting donations to fight the disease.

Firefighter/Paramedic C.J. Vaughan is the coordinator for the Muscular Dystrophy Association for the Lake Havasu City Fire Department.

Vaughan will coordinate the logistics and planning for the annual fundraising event today through Sept. 4. 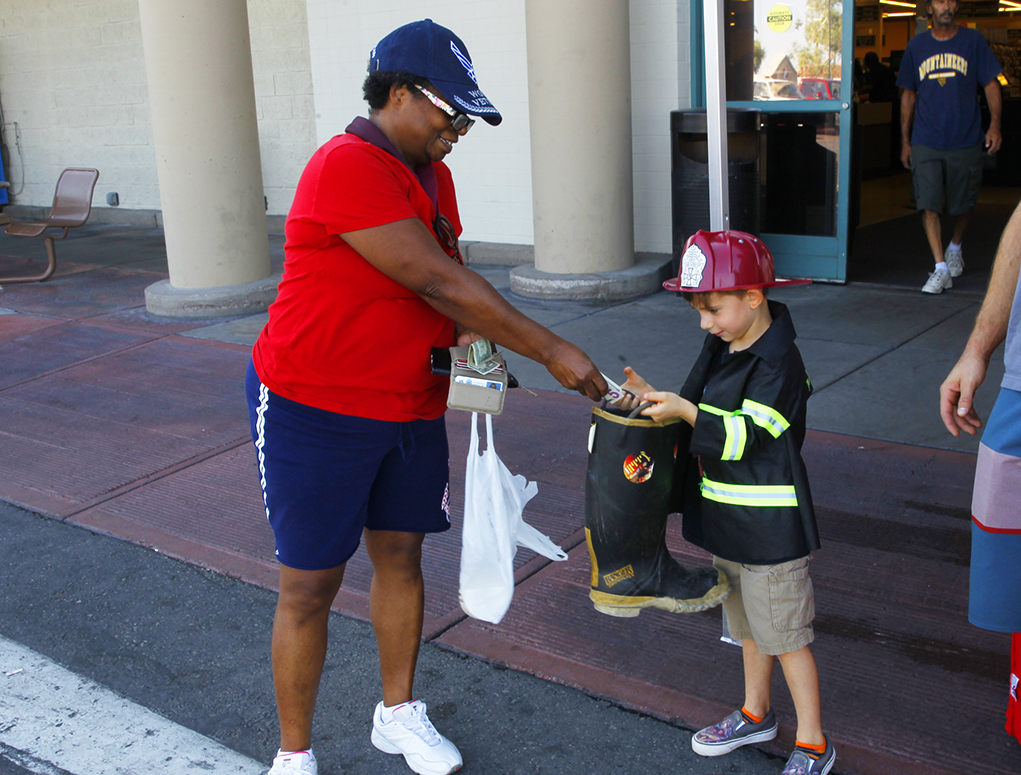 Times at various approved locations will vary as each engine company has an individual schedule to maintain and its primary responsibility – emergency response. Most of the engine companies will be out from 8 a.m. until noon each day.

Fire station #4- No fill location because they in a residential area. They may switch with another engine to give the busy downtown guys a break. 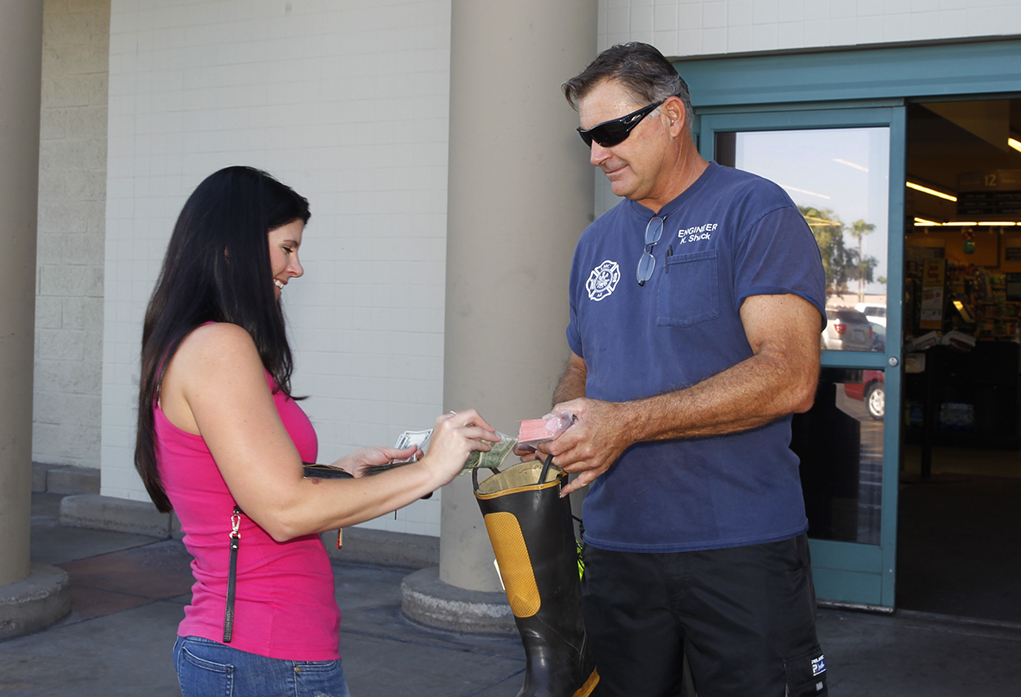 Two businesses in Lake Havasu are also hosting a boot for the LHCFD – Scoops and Havasu Hardware. Additional businesses could be added before the end of the weekend – Small Cakes and Beachcomber.

The money collected by local firefighters, according to Vaughan will fund about 150 research projects around the world; clinical trials; nearly 70 research grants were awarded in 2016; also in 2016, the FDA approved its first drug to treat Duchenne muscular dystrophy and spinal muscular atrophy.

Funds collected also provide care and support to more than 100,000 individuals at more than 150 care centers.

A national resource center was launched in 2016, where MDA specialists provide one on one help to 10,000 individuals. More than 3,000 gently used devices provided to help kids and adults to help maintain mobility and independence. And about 3,800 kids get a free summer camp in Prescott, Vaughan said. 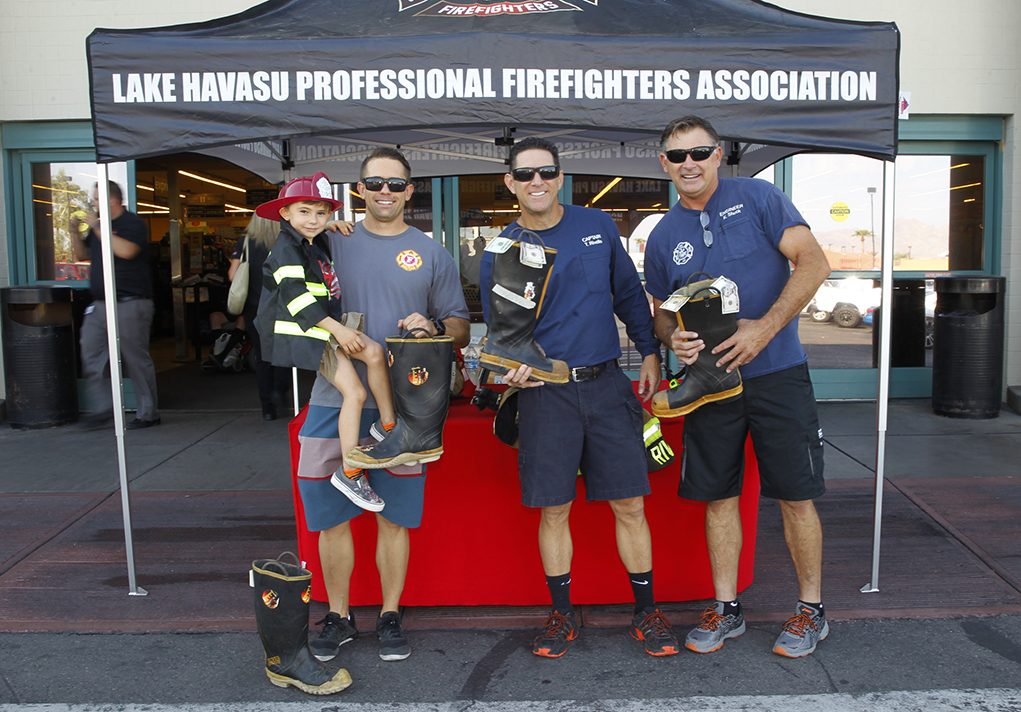 Ayden and FF C.J Vaughan, Captain Tony Rivello, and Engineer Kevin Shuck pose for a photo at Safeway Friday morning to kick off the “Fill The Boot” weekend. Jillian Danielson/RiverScene 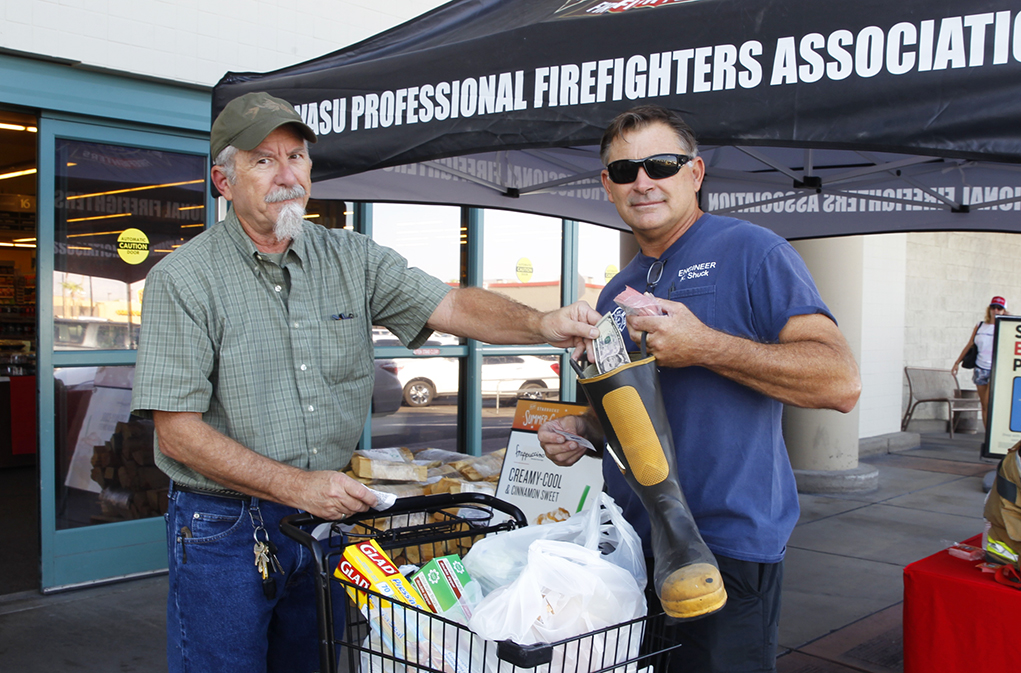