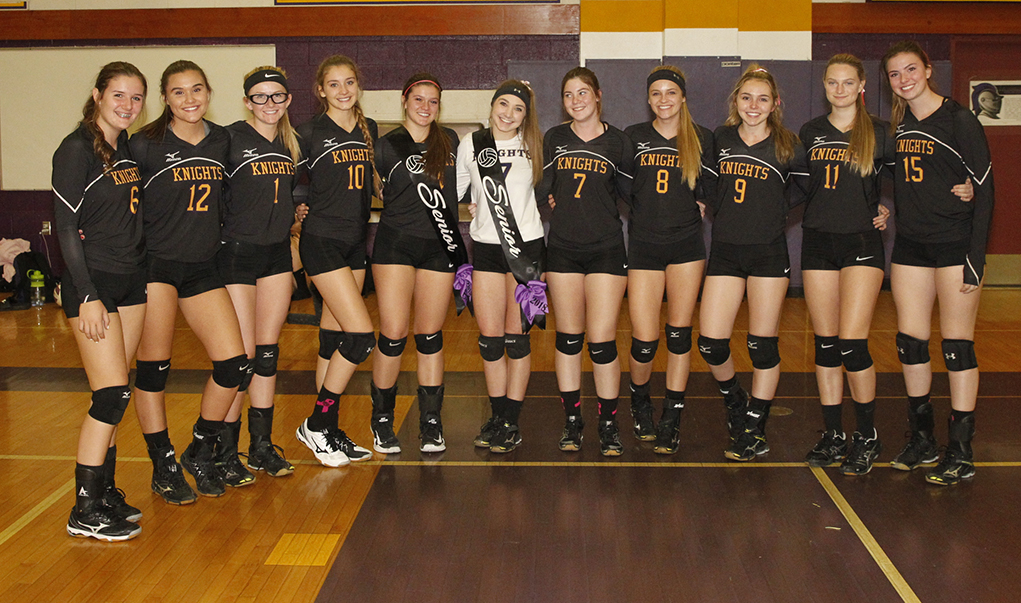 The Lake Havasu Fighting Knights women’s volleyball teams squared off against the Verrado Vipers in what resulted as a loss to the Vipers.

Senior Night was celebrated by  the women Monday at the team’s final home game.

Seniors Shaylie Manuello and Taylor Miracle were honored prior to the start of the varsity game as pre-recorded messages the women made were played. The messages involved each senior expressing the importance of their family, their coaches and their teammates in words that moved the audience.

The freshman women performed well in their first game; however the Vipers took game one  in a best of  three  series 25-14. Going into game two, the Knights had high hopes of making a comeback, yet came up short in a 15-25 loss. 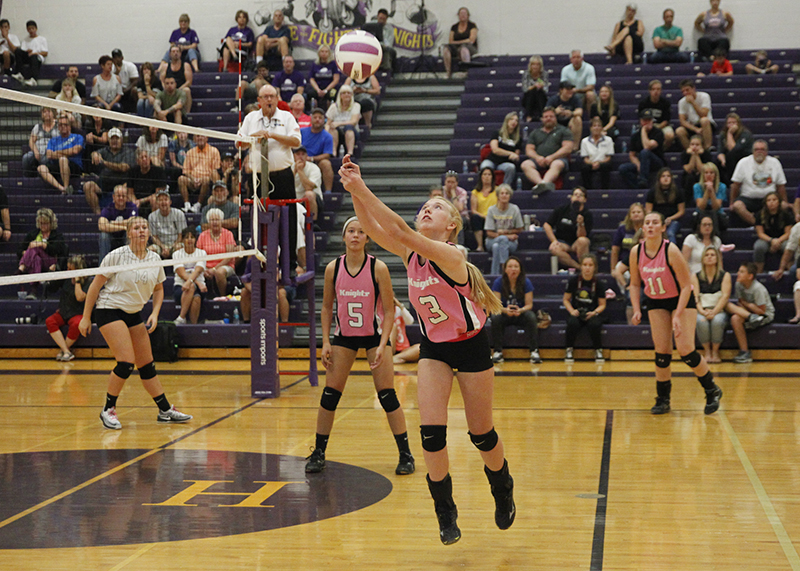 JV player Megan Anderson goes for the ball to set up a shot across the net Monday evening. Jillian Danielson/RiverScene

The JV made their way onto the court looking to steal away game one  from the Vipers, but fell short as they lost 25-20. Game two had been the time for redemption for the Lady Knights as they set out  to get the series back on track. Unfortunately, their valiant efforts weren’t enough as the Vipers took game two with a final score of 25-16. The JV team was eliminated in the best of three tournament.

The girl’s varsity team had a rough start in their best of five series, losing the first game 25-12. The team looked and performed well, but the Vipers had mounted a prevalent defense. 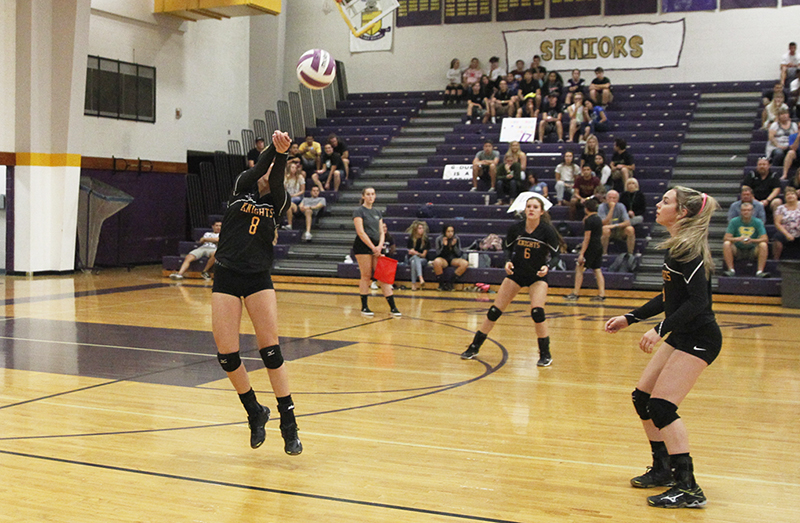 Savannah Senica goes for the ball to set up a shot across the net Monday evening. Jillian Danielson/RiverScene

As game two was underway, the Knights were  off to a much better start showing immediate signs of improvement. The girls gave their best efforts, taking tough dives in order to save crucial plays, but came up short in a 25-14 loss.

Game three  concluded in another loss to the Vipers of 25-15, yet the girls did not give  up for a second regardless of the score. Havasu’s Lady Knights played hard throughout the course of the game, but walked away with the loss.

Taylor Miracle and Shaylie Manuello spoke after the game about how they felt after playing their last game as a Knight.

Miracle said that even though it was just like every other game, she felt sad that she would no longer be playing among her fellow Knights.

Manuello said she put everything on the court and made a strong effort against the Vipers.

The two said they have  high hopes for the returning Knights, and believe  the varsity team performed above their expectations this season.

Miracle and Manuello agreed the young Knights’ team has a bright future ahead. 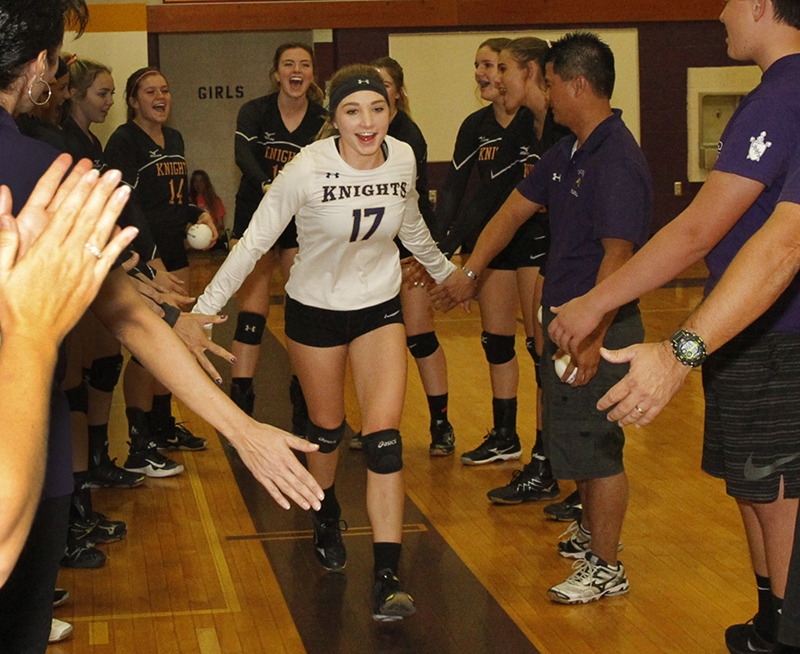 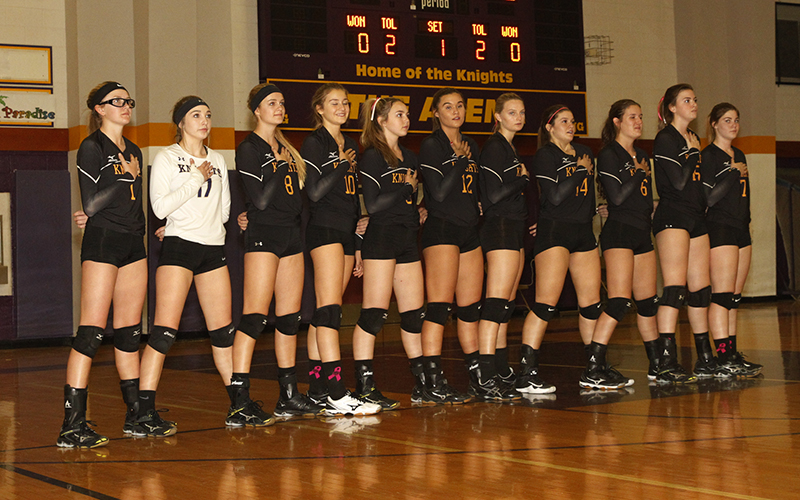 The varsity volleyball team pauses for the National Anthem Monday night before the game. Jillian Danielson/RiverScene 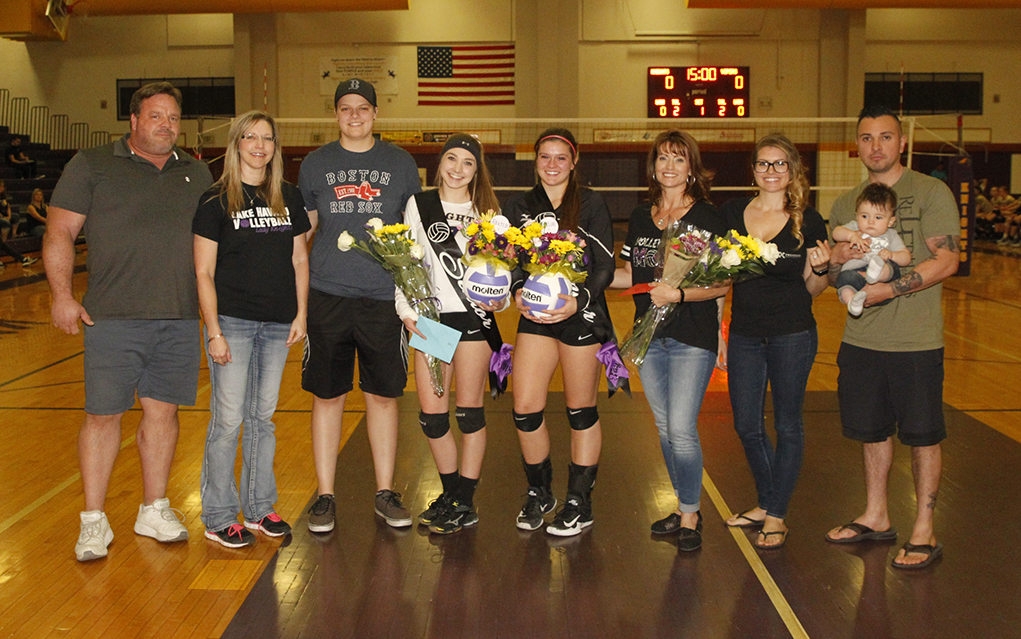 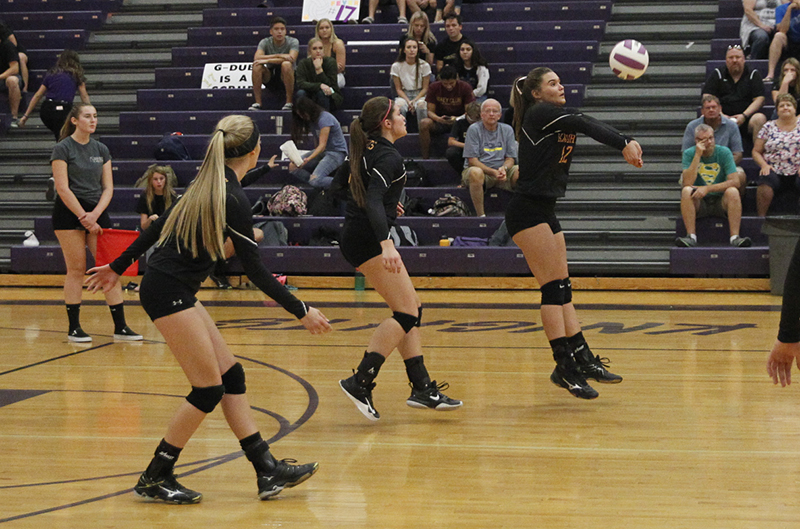 Rylinn Smith goes for the ball to set up a shot across the net Monday evening. Jillian Danielson/RiverScene 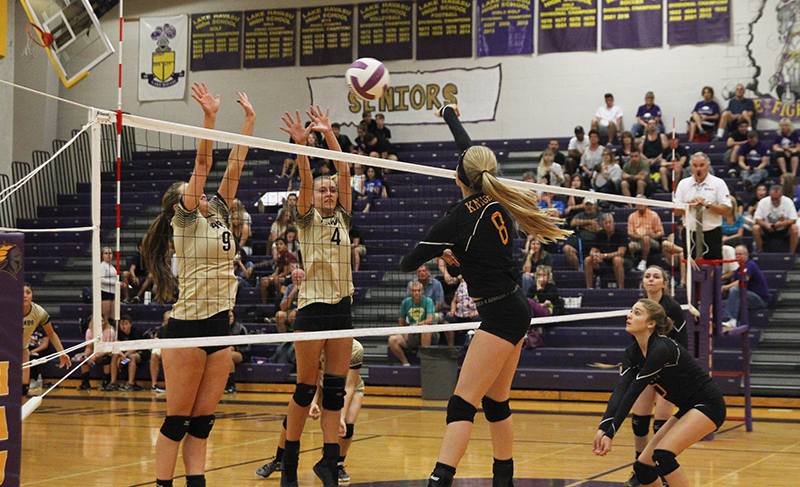 Savannah Senica spikes the ball over the net Monday evening during the last home game of the season at LHHS. Jillian Danielson/RiverScene