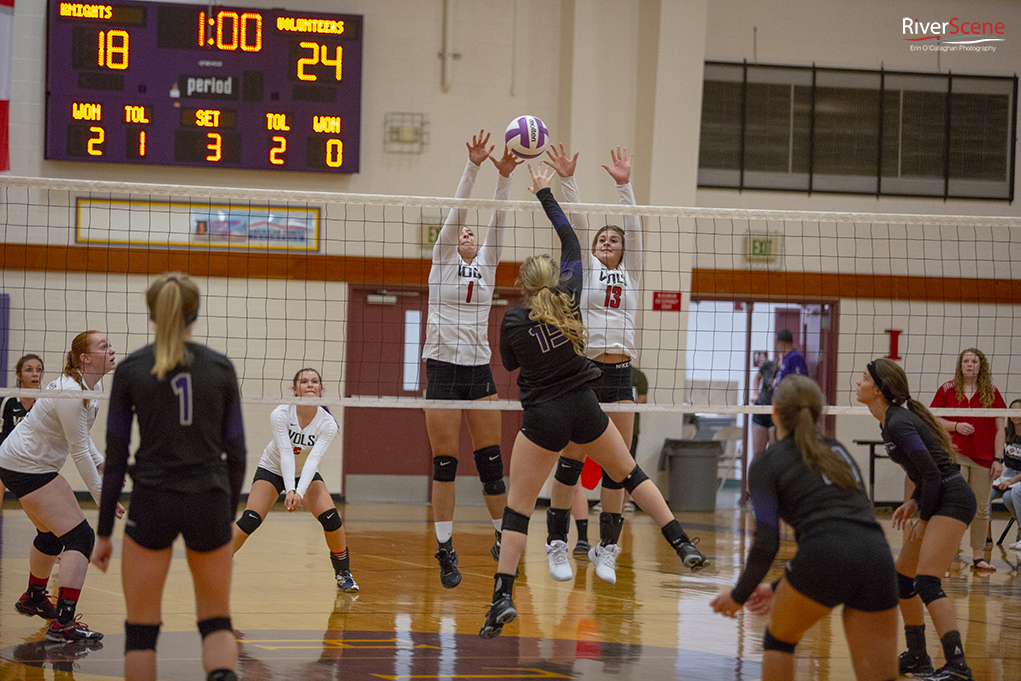 Knights vs the Lee Williams Volunteers 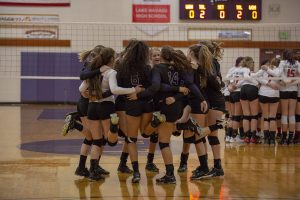 Both teams battled hard for their wins.

The varsity girls won three out of four vs. the Volunteers.

Aalianna Bridges starts off the set with a great serve. Erin O’Callaghan/RiverScene 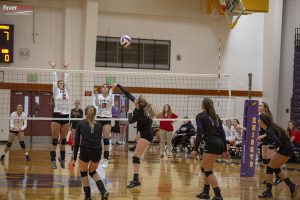 All of the coaches described the highlights.

Lori Kuemerle said, “The highlights of the game were the girls were hitting very well. They were on the net and they were transitioning correctly and they made all of their serves.”

Coach Lee White said, “Running their plays. We practice about running plays, and they tried it. I just wish they would do a little more of it, but other than that it was a tough game, a tough battle they just have to learn how to get together as a team.” 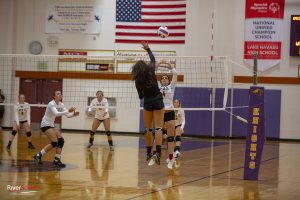 Madisyn Connelly hits a hard spike and sends it right over the net. Erin O’Callaghan/RiverScene

Varsity coach Kari Thompson said, “It was a super strong start for us, I was very happy with the first two games, we were kind of on a role. We have had two tough games back to back, with Kingman Academy and Lee Williams, which we have had trouble with in the past and even if we get a little rattled and it gets a little close, it’s nice to really pull out a win and kind of really stick with it, because that is what is going to build our team as the rest of the season finishes up.” 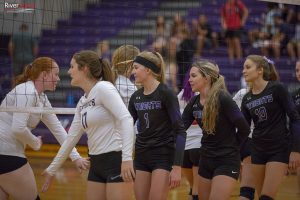 The Lady Knights give handshakes after the second game. Erin O’Callaghan/RiverScene 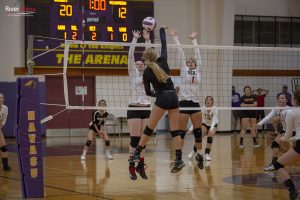 Savannah Senica sends another spike over the net. Erin O’Callaghan/RiverScene 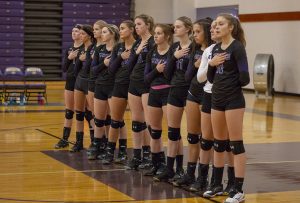 The Knights stand for the singing of the national anthem. Erin O’Callaghan/RiverScene