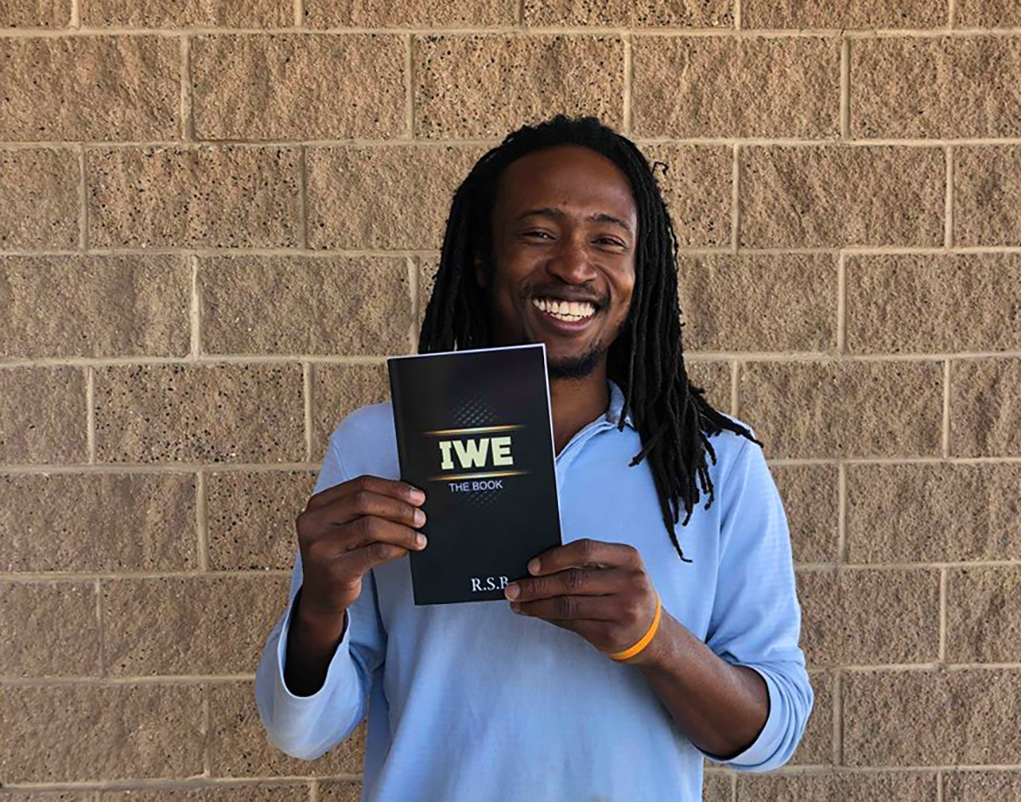 The poet, the performer, the writer. Rasheed Bello is someone who wants to bring culture to Lake Havasu City. Riverscene Magazine sat down  with the immigrant-turned-native Havasu resident.

“I’ve been in Havasu for eight years.”

From Nigeria to Havasu

Originally born in Lagos, Nigeria, Bello was raised in the country until he came to America in pursuit of education. He always wanted to go to America, and his dream came true when he decided to pursue a degree in liberal arts at Mohave Community College.

“I remember wearing clothes that said USA, I loved America.”

Bello came to Lake Havasu City on a vacation and decided to stay. He says that while he has been to 12 different states in America, he’s always loved Lake Havasu City. He said he loves the lake and the people of Lake Havasu, who made him feel welcome.

The Writer and the artist

Rasheed Bello is a  self-admitted daydreamer. “I’ve written lyrics and poems and stories,” he told us.

Bello said he has written well over 500 stories, and plans to write even more. He is also a self-taught musician and sound engineer. Bello plays bass and works as the sound engineer and guitarist for Calvary Church here in Lake Havasu.

Bello loves reading and music. He says he is a fan of 17th and 18th century poets, and is also inspired by rapper Tupac Shakur’s poetry.  He understands the importance of having a book that people will read with an emotional core. He crafts his poems based on his moods and experiences which is evident in his new book, “IWE.”

Bello recently published his first book, “IWE” comprised of his own poetry. “Iwe” is Nigerian for “the book,” and it encompasses three aspects of the self that Bello believes that we all think about. The book is divided into sections concerning the mind, the subconscious and body. He was inspired by his life experiences to write this collection.

Bello believes that poetry holds the power to tell stories about the self that would otherwise go unnoticed. He views his poetry as a good representation of who he is. The book details this in many of passages, including the first section, which focuses on the inner self and his mother. Despite the book being personal, Bello still believes he wrote the book for a wide audience.

Rasheed Bello was inspired to write this book to bring more cultural and literary work to Lake Havasu. He plans on becoming a widespread author someday. He is learning how to navigate some of the complexities that come with publishing.

“The first book is hard. It’s about marketing, and how to make it more widespread.”

The author held a book signing at the Havasu Book Exchange to promote his book. Bello hopes that a major publishing company will pick him up in the near future.

Bello is already working on his second poetry book, which is dedicated to his daughter. He hopes the book will be done by June 14th.