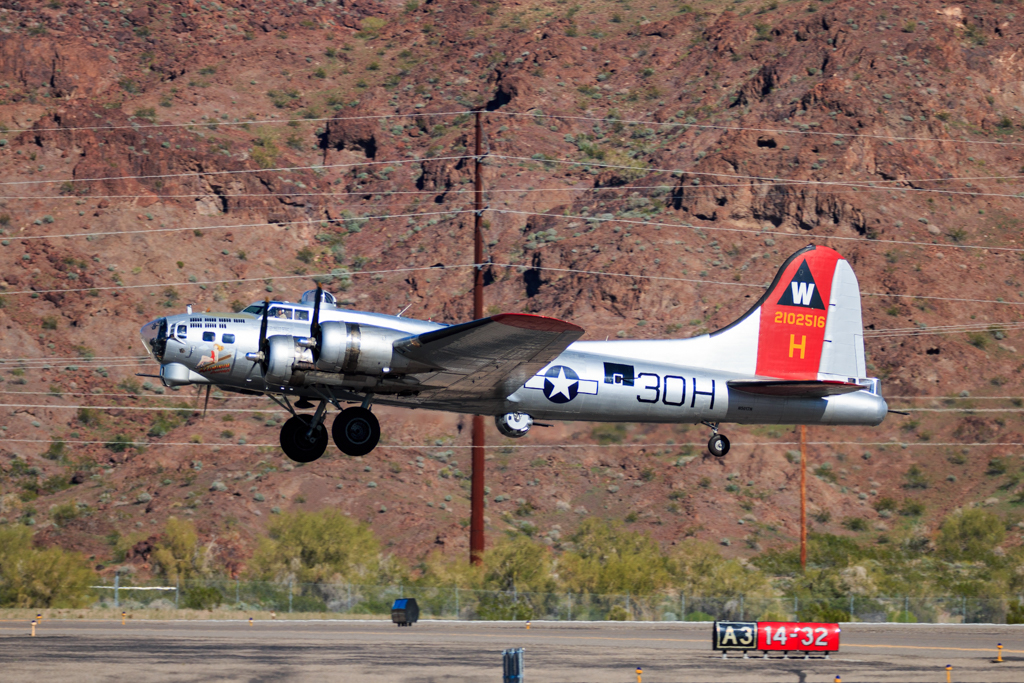 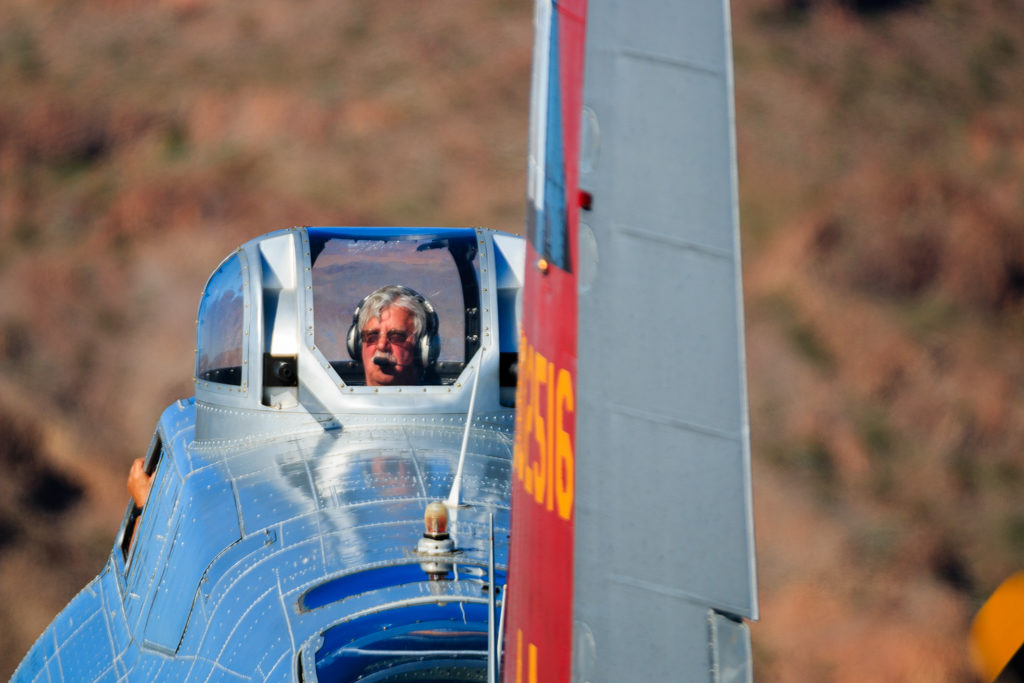 “This is going to be an awesome event to officially say ‘hello’ to Lake Havasu City and to thank them for welcoming us into their community,” said Ben Cook, owner and master brewer of Hangar 24 Craft Brewery. “We have loved our newest move to the city’s airport and working with the community to organize a salute to historic aircraft, an appreciation of aviation, and a highlight of our award-winning craft brews.”

Shannon Hicks, president of Havasu’s EAA Chapter 681, said the local chapter jumped on the opportunity to have the World War II Aluminum Overcast model land in Lake Havasu City. She said it has been more than 10 years since the B-17 has been in Havasu.

“We are really looking forward to providing this experience with history to our community,” Hicks said. “This is a chance to view an interesting aircraft in the war history of our nation.” 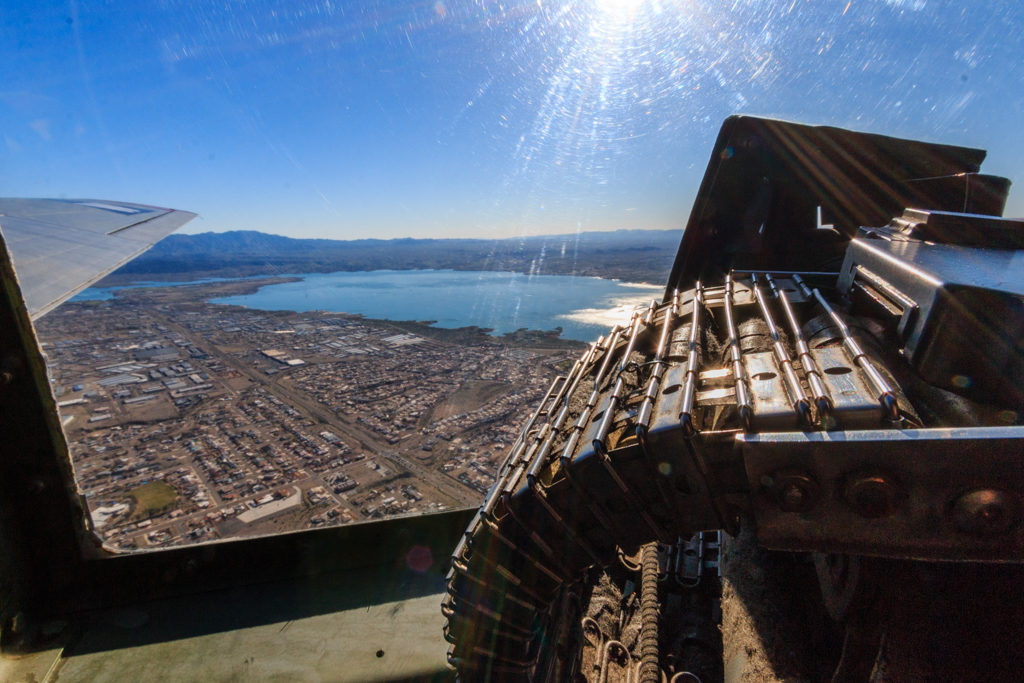 According to the EAA, the Aluminum Overcast model was delivered too late in 1945 for “action” in World War II, so it was purchased as military surplus for $750. In 1978, a group of private investors decided to restore the aircraft, which was eventually donated to the EAA in 1983, according to the EAA’s website. The restoration took more than 10 years at the EAA’s headquarters in Oshkosh, Wis. The airplane was displayed until 1993 at the EAA AirVenture Musuem and then moved to the EAA’s Kermit Weeks Flight Research Center to prepare for its first national tour in 1994. The B-17 will eventually be housed in EAA AirVenture Museum’s “Eagle Hangar,” which features numerous World War II aircraft and exhibits, according to the EAA.

“Aluminum Overcast proudly carries the colors of the 398th Bomb Group of World War II, which flew hundreds of missions over Nazi-held territory during the war,” states the EAA website. “Aluminum Overcast commemorates B-17G #42-102516 which was shot down on its 34th combat mission over Le Manior, France, on August 13, 1944. Veterans of the 398th helped finance the bomber’s restoration.” 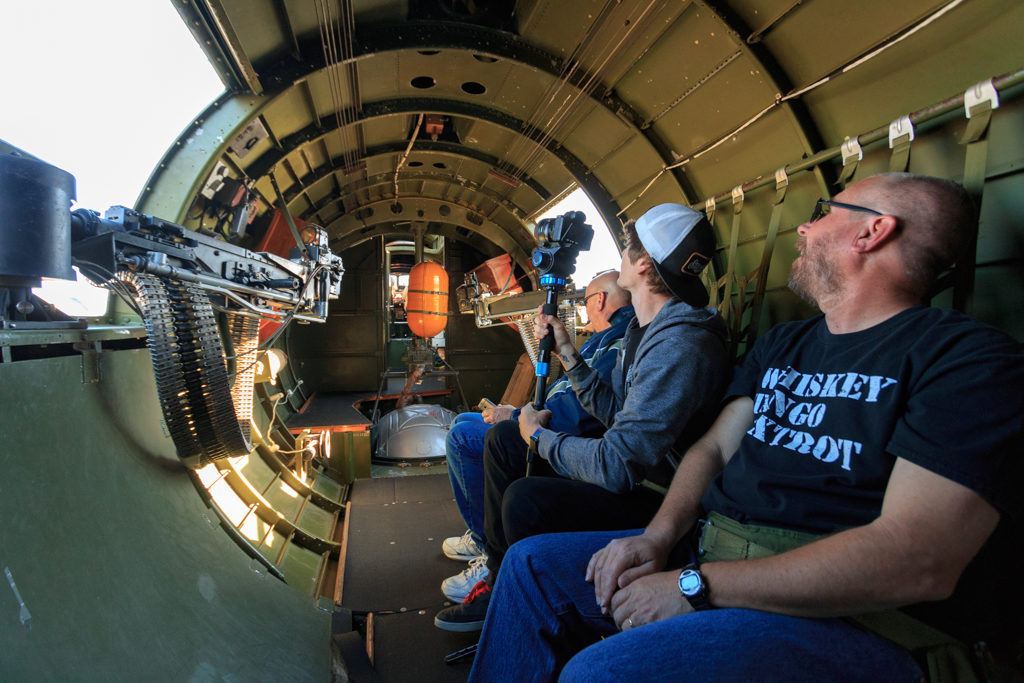 Veterans and active military can receive a ground tours between 2-5 p.m. for free during its display in Havasu, the cost for individuals who are at least nine years old will be $10 (youth who are eight years old or younger are free with a paid adult), and families can tour for $20, which includes adults and children who are 17 years old and younger. Ground tours will be available from 2-5 p.m. from Friday through Sunday. Flights are available from 10 a.m. to 1 p.m. for $475 for non-EAA members, and $435 for EAA members. Tour proceeds will be donated to the national EAA, as well as the local Havasu chapter for scholarships. 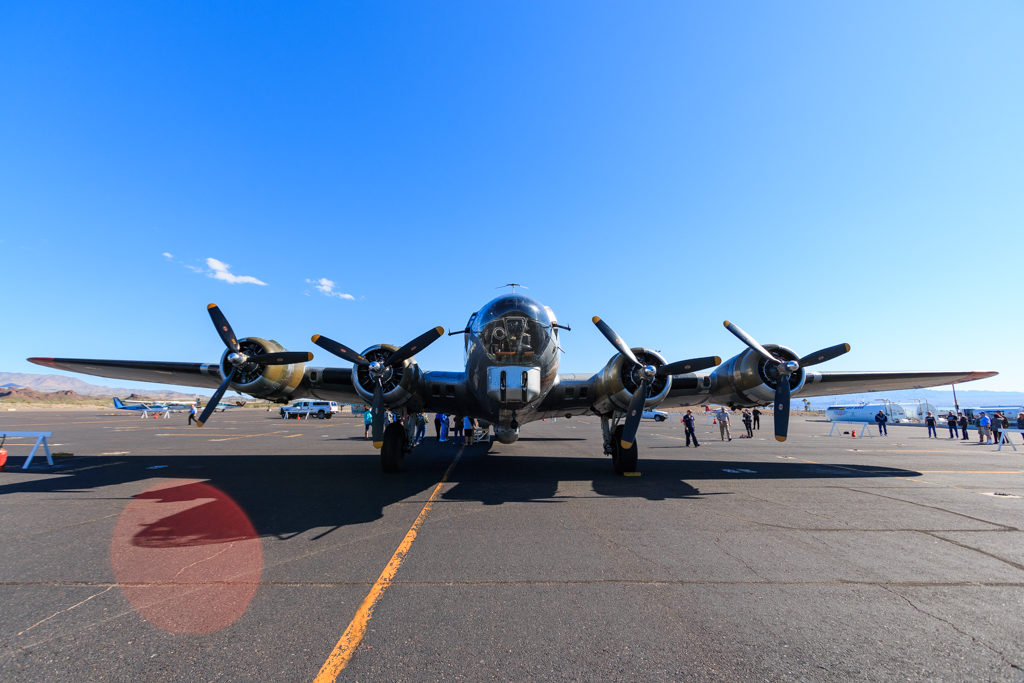