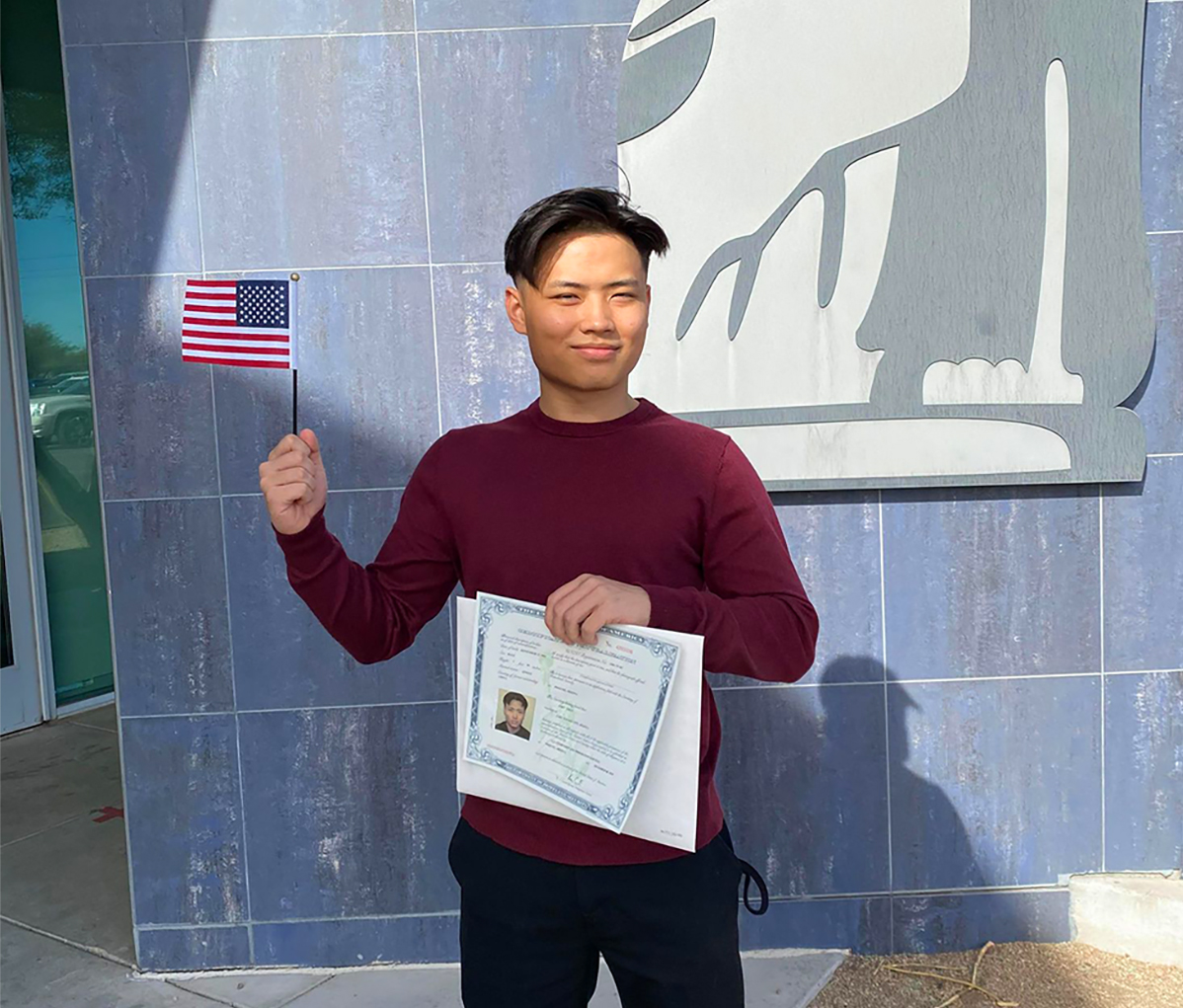 For most of those who read this story, there has never been the thought about what it takes to become an American citizen.

But for one young Lake Havasu City man, the dream of citizenship became a reality Dec. 8.

Chen-Chen came to the United States from his home in China in 2012 at the age of 9. At 19, he can truly now call America home.

His story of immigration is one of love and support of others.

You see, Chen came to Lake Havasu City to join his father who was working for Michele and Wei Lin. Chen had not seen his dad since Chen was 2 years old.

He left his grandmother and the entire life he knew in China. He came to America with no English skills, and no knowledge of Western culture.

”The people, everyone was white and in my city I only knew Chinese,” Chen said.

“Chen’s father worked for us, he worked long hours and it was difficult for him to give Chen the attention he needed to be successful in school. Shortly after Chen moved here, I asked his dad, Ming Wu Chen, if he could move in with our family to help them both out. We already had four kids, so an extra wasn’t that hard to grasp,” Michele Lin said. 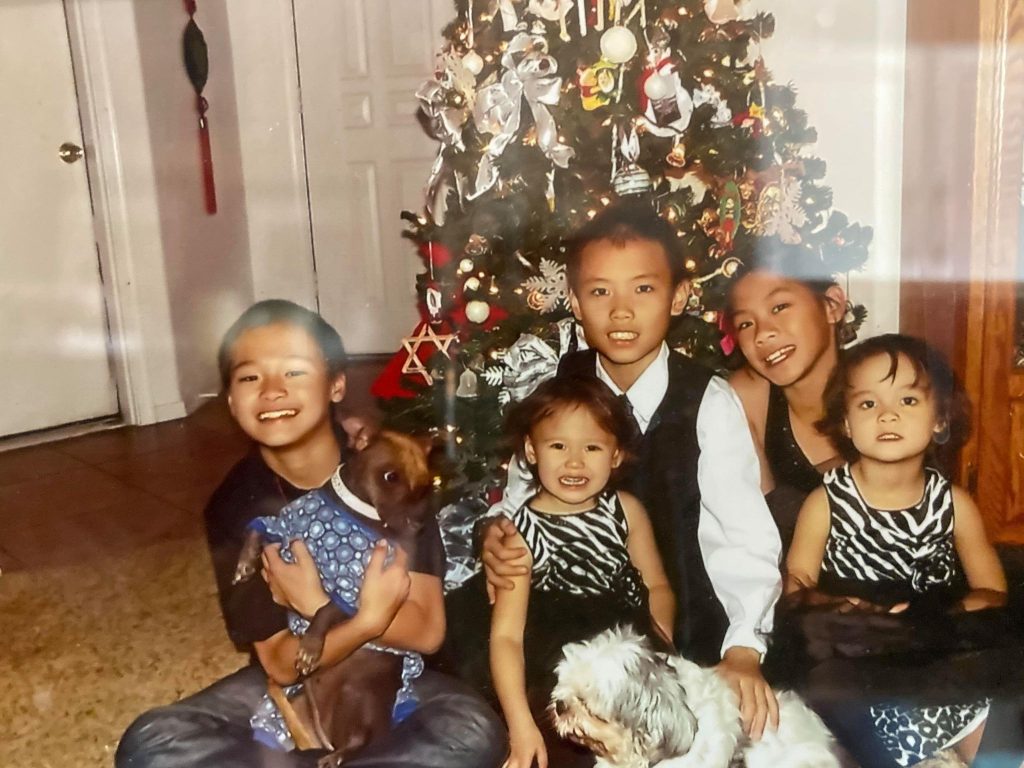 Chen-Chen, back center, in a photo with the Lin family during his first Christmas in America. Photo courtesy Michele Lin

After arriving in Lake Havasu City, Chen was enrolled at Havasu Preparatory Academy at the third-grade level and began his academic studies.

“School was easier in America compared to China. The education material was easier,” Chen said.

Not only was school easy, but his fit with the Lin family also was easy. 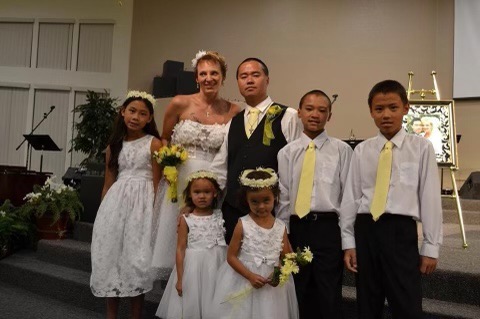 “At the end of the day, your family is who you live with, who supports you, and who loves you and in our family that is myself, my husband and our five kids: Kaden, Chen, Mei, Iley, and Amiya. How you came into the family doesn’t matter. It’s that we all love and care for each other as a family should,” Michele Lin said.

“It was pretty easy because all my classmates and the family I lived with all spoke English. I was just a little kid, I just blended in with all the other kids,” Chen said of his adjustment to life in Lake Havasu.

The Lin’s oldest son is 10 months older than Chen so the boys shared a room and Chen blended right in with all the other kids.

Michele Lin said Chen’s biggest adjustment was food. “He ate chicken nuggets every day for a few months. I made him try a hot dog one day, and he hated it. He now eats just about everything, but still doesn’t like cheese very much,” she said.

Chen said he studied for the citizenship test for a couple of months. “But I knew a lot of it from learning it in high school,” he said.

Michele Lin said she helped Chen with flash cards, “but he did all the hard work,” she said.

“The test was easy. Driving four hours to take the test was the hardest. It felt like graduation from high school. Finally, it was done,” Chen said.

In addition to mastering the English language, Michele Lin said he was part of the Lake Havasu Police Explorers program. He has a part time job and he graduated from Lake Havasu High School.

Chen is attending Mohave Community College and is exploring the different fields as a first responder. On Dec 8, Chen’s hard work paid off when he was honored at a ceremony in Phoenix where he received his U.S. citizenship papers.

Because of novel coronavirus COVID-19, the family wasn’t allowed to be inside for the ceremony but anxiously waited to greet him as a new American citizen. 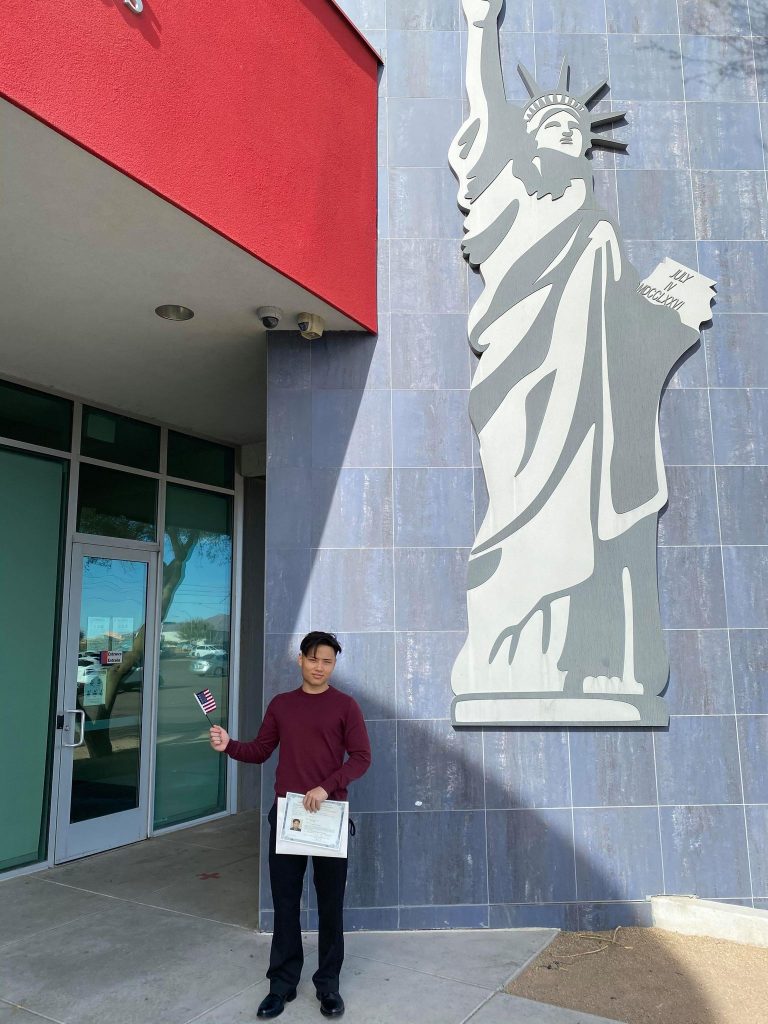