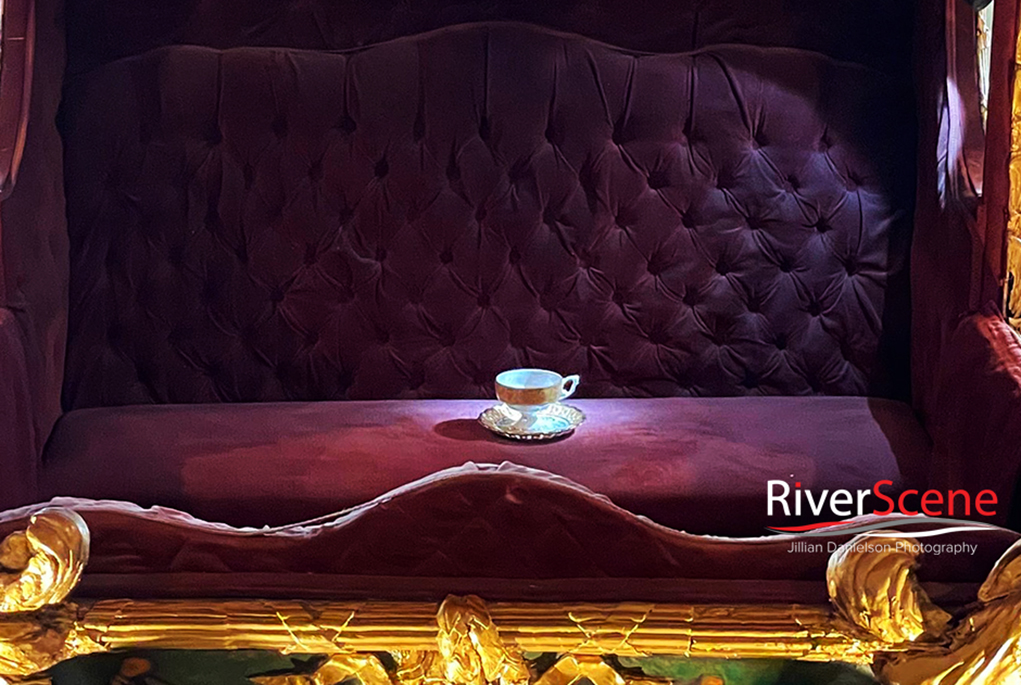 “London Bridge Is Down” was the code for the death of Queen Elizabeth II. The Queen did die today, and the “London Bridge” plan went into practice.

Lake Havasu City, home of the London Bridge, will be in mourning for the next few days and will show its respect to those who lost their monarch who served for 70 years. 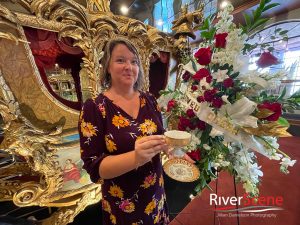 Joelle Dickinson holds a teacup in front of flowers at the London Bridge Resort Lobby in honor of Queen Elizabeth II. Jillian Danielson/RiverScene

The London Bridge Resort has created a special tribute in its lobby that contains one of the royal coaches.

Mayor Cal Sheehy said, “As a community, Lake Havasu City joins the world in mourning the loss of a great leader. Our thoughts and prayers are with the Royal Family and the people of the United Kingdom. I send my condolences to the British Consulate General Los Angeles and the many United Kingdom residents who visit and reside in Lake Havasu City.”

The city will illuminate the London Bridge purple, the color of royalty through Saturday to mourn the loss. 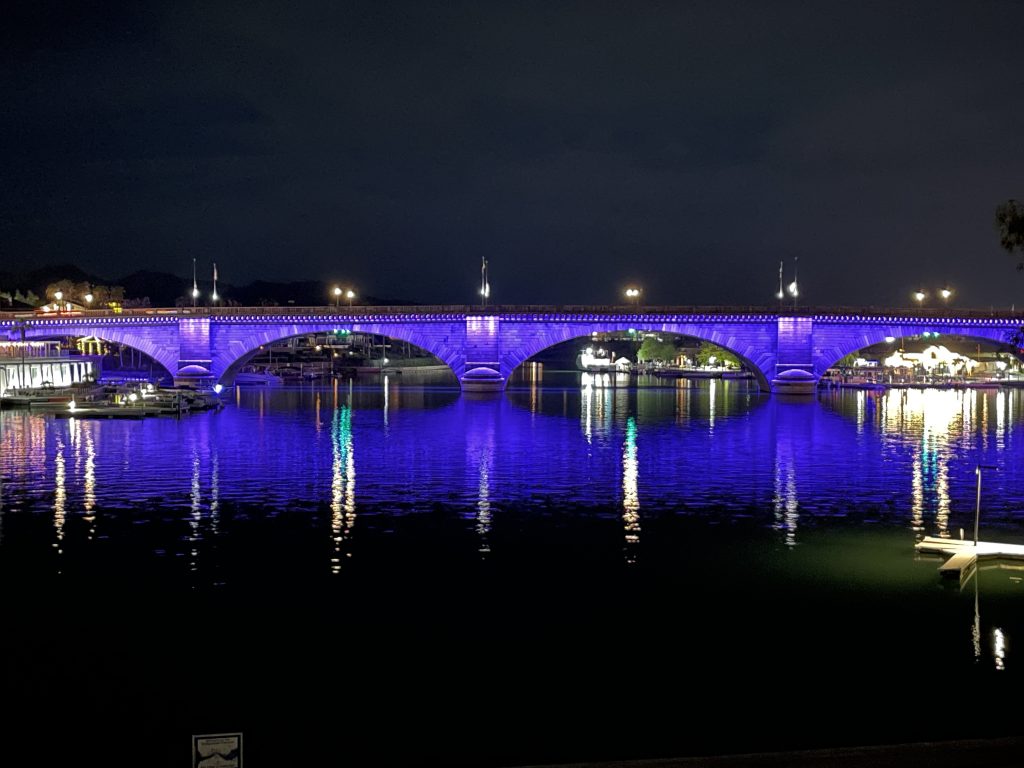 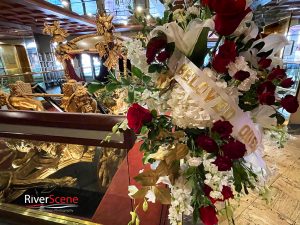 Flowers are placed near the carriage inside of the London Bridge Resort in honor of Queen Elizabeth II. Jillian Danielson/RiverScene

The U.S. flag code doesn’t allow the major to order flags to half-staff, but Sheehy said as soon as the state lowers the flags, Lake Havasu City will as well. 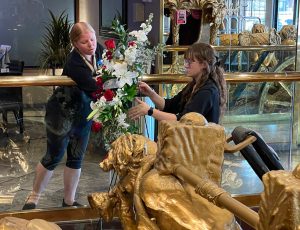