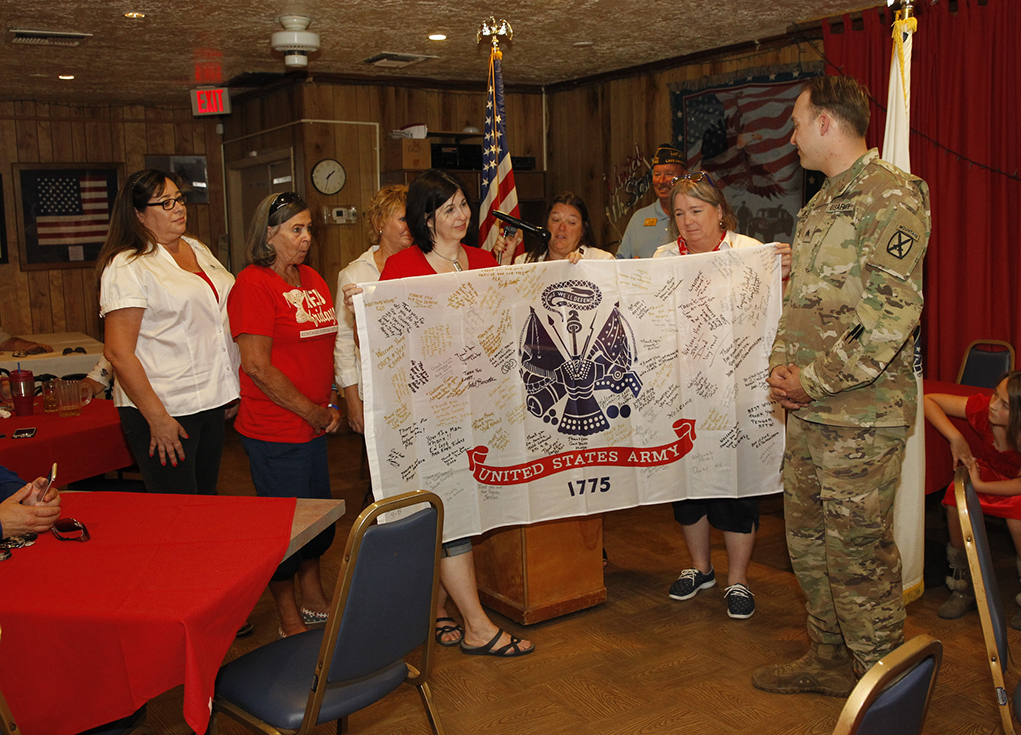 American flags lined the street in front VFW Post 9401 Saturday afternoon, where patriotic supporters awaited the homecoming of Sgt. Lawrence Allen Ball Jr., after his two-year deployment in Afghanistan. A parade of motorcycles announced the return of Sgt.Ball. 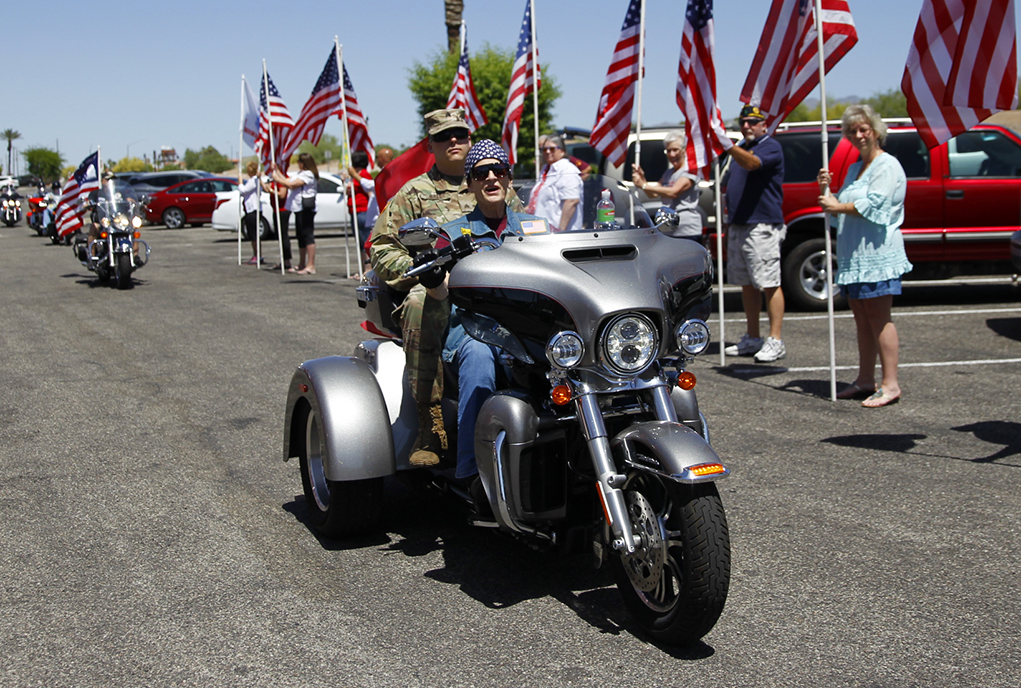 Attendees exchanged hugs, handshakes, and smiles before joining hands to form a large circle in the VFW parking lot, singing along to “God Bless the USA” and saluting the American flag.

Inside the VFW hall, dedications and accolades began.

During his opening remarks, Post Commander Steve Knock held a moment of silence for Judy Lacey, who passed away early Saturday morning after a lengthy illness. Lacey was a true champion of military veterans in Lake Havasu City and will be missed greatly. 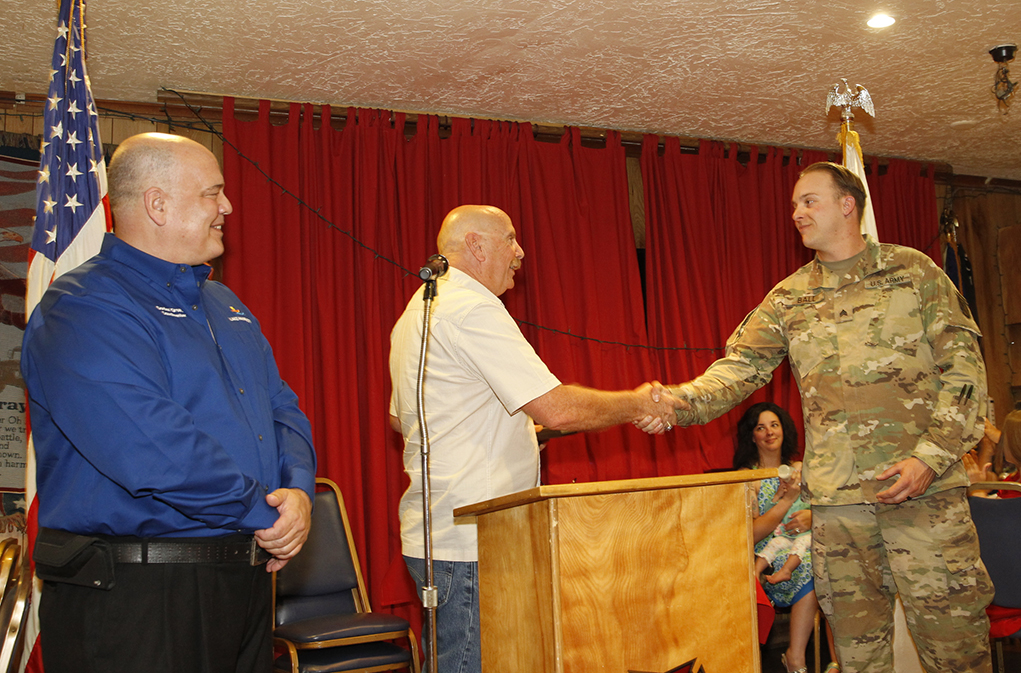 Lake Havasu City council members David Lane and Gordon Groat were in attendance on behalf of Mayor Mark Nexsen to deliver a proclamation to Sgt. Ball, honoring his sacrifices for the country. Mayor Nexsen had announced April 15 as Lawrence A. Ball Day in Lake Havasu City.

Several community groups participated in the welcoming party by presenting Sgt. Ball with honors and gifts. The American Legion Auxiliary was just one of many associations that presented the military hero with a coin and a welcoming invitation to join their association. 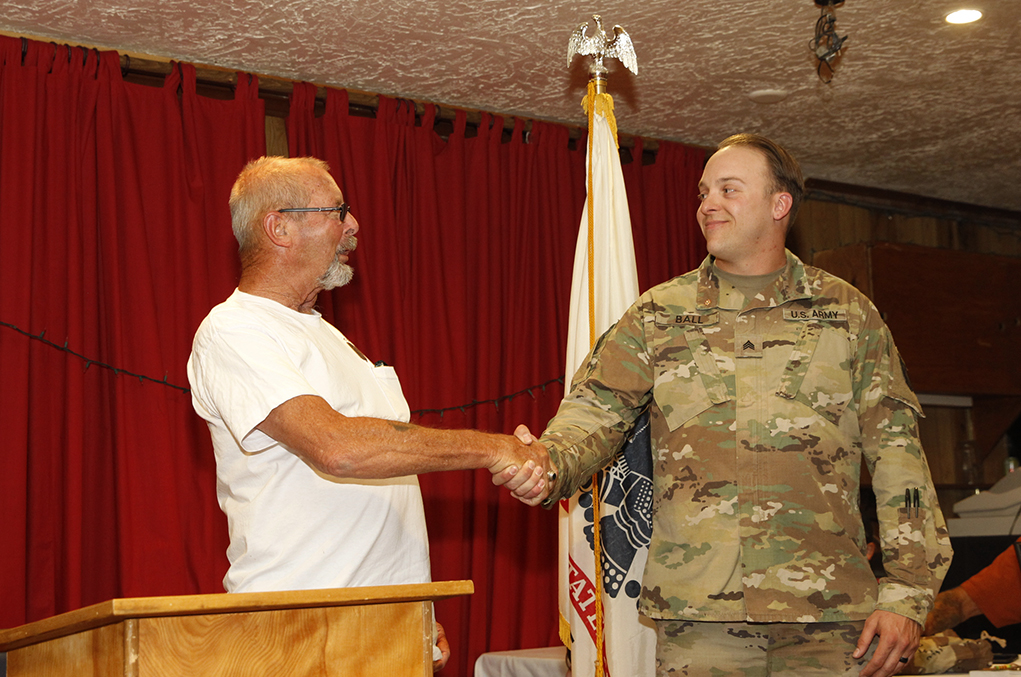 “Weird Harold” thanks Sgt. Ball for his service Saturday morning at the VFW. Jillian Danielson/RiverScene

After the event, pizza and cake were served while attendees mingled. Sgt. Ball said the turnout was great and laughed as he said his plans now are to “spend time riding his motorcycle.” 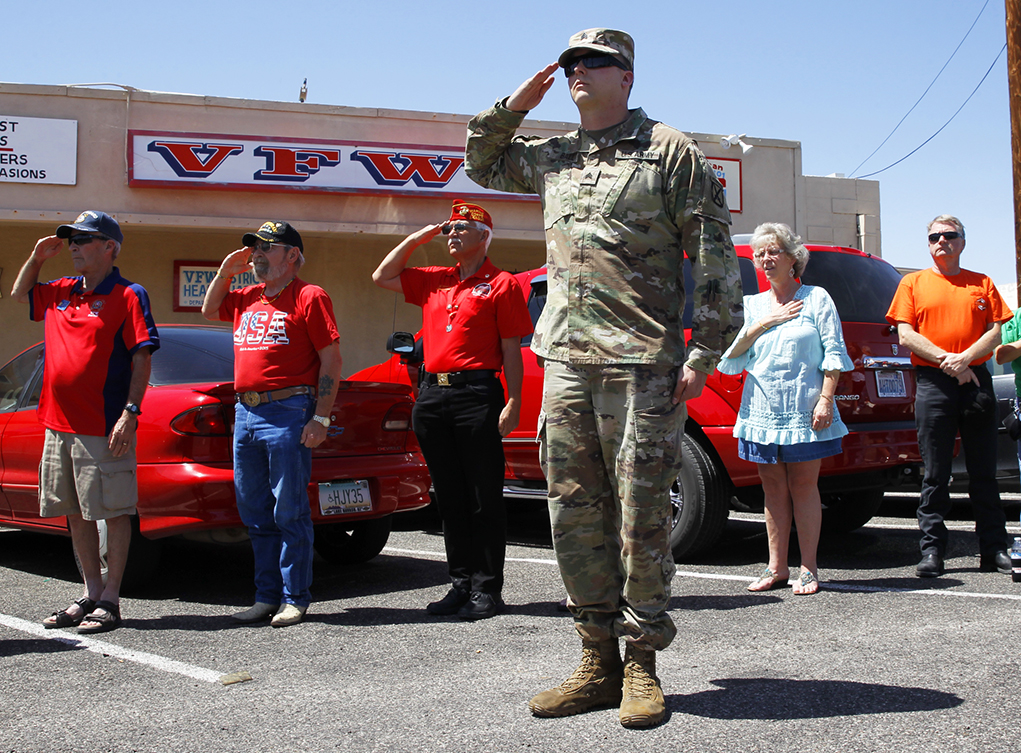 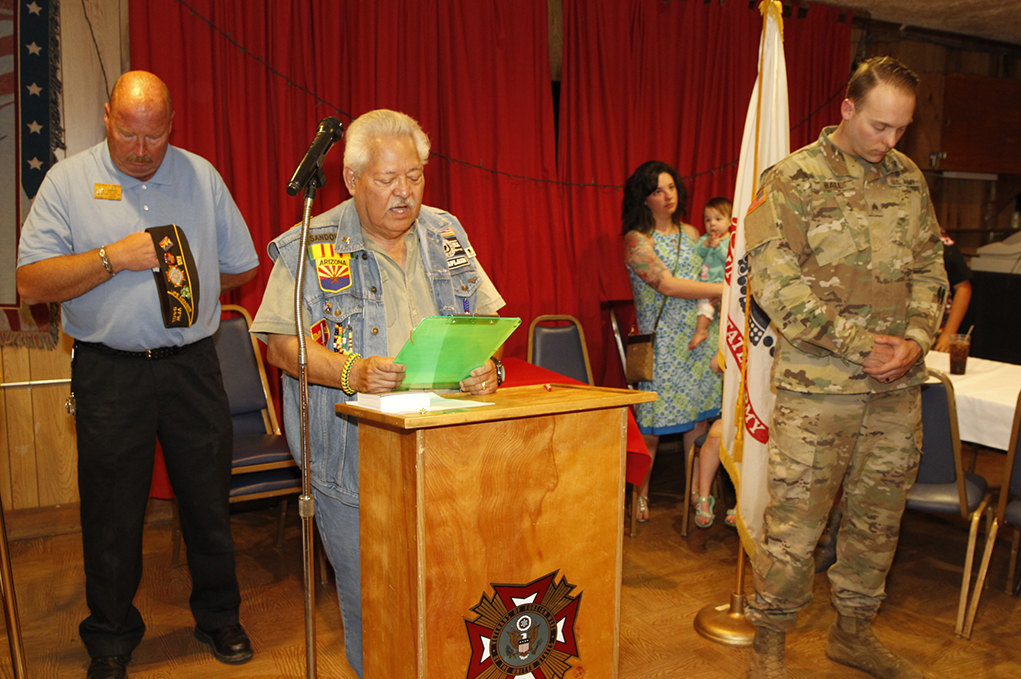 Sisto Sandoval opens with a prayer Saturday morning at the VFW. Jillian Danielson/RiverScene 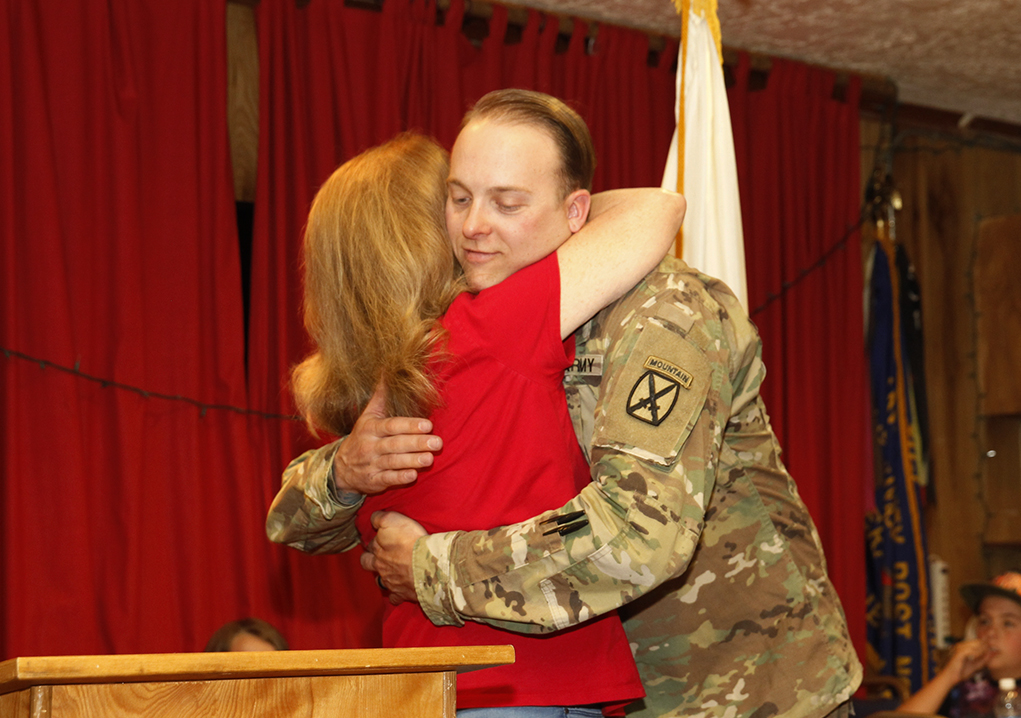