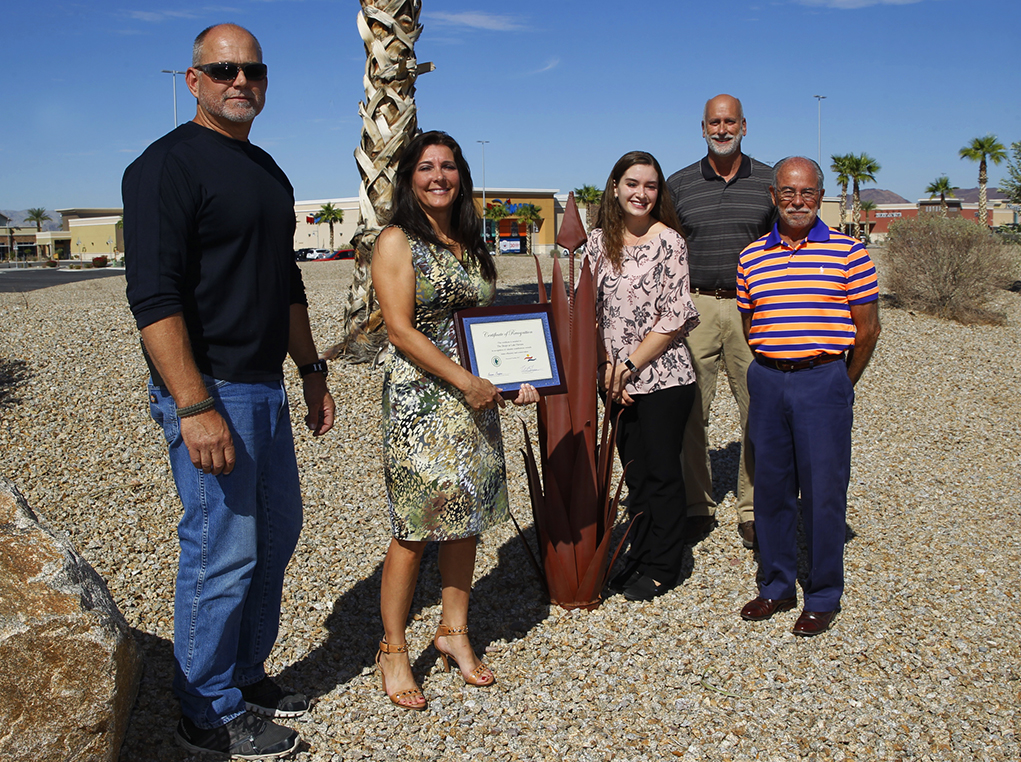 “We’re here to honor our third award winner certification for water conservation. To basically recognize individuals and businesses throughout the community that have made strides and efforts toward water conservation,” Morgan said.

“The biggest issue I find with folks in this particular community doesn’t understand desert landscaping pertaining to Lake Havasu specifically. Often times, we have problems where people mimic landscaping from places like Las Vegas or Tucson but those places have higher elevation and lower dramatic temperatures. So overall the plants that can survive here and do well with minimum water use is very different.

The first certificate award winner was Beachcomber Estates for a similar situation. “They reduced their landscaping but they took out a lot of oleander. Our second award winner was Mudshark Brewery. They reused a lot of their RO waste and reused that to clean the machinery in their brewery,” Morgan said.

Michelle Misurelli, Shops property manager said, “I’m excited to be recognized by the city but I would also point out that it’s a lot of hard work and it’s a daily effort. I would also like to recognize Brad Dodd.

Dodd is the owner of Asics Landscaping who works with the Shops on a daily basis to make sure that they are moving forward with all its conservation, Misurelli said. 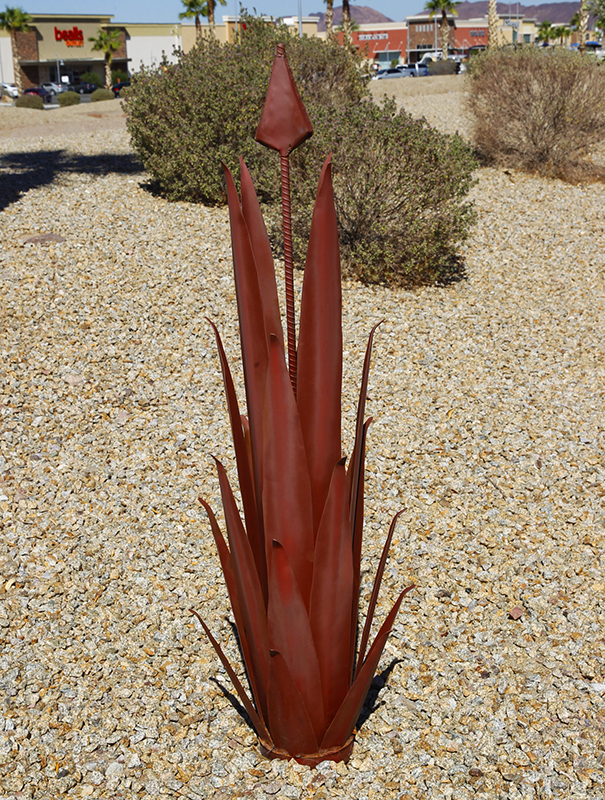 One of seven sculptures created by Mark Sinek for The Shops at Lake Havasu. Jillian Danielson/RiverScene 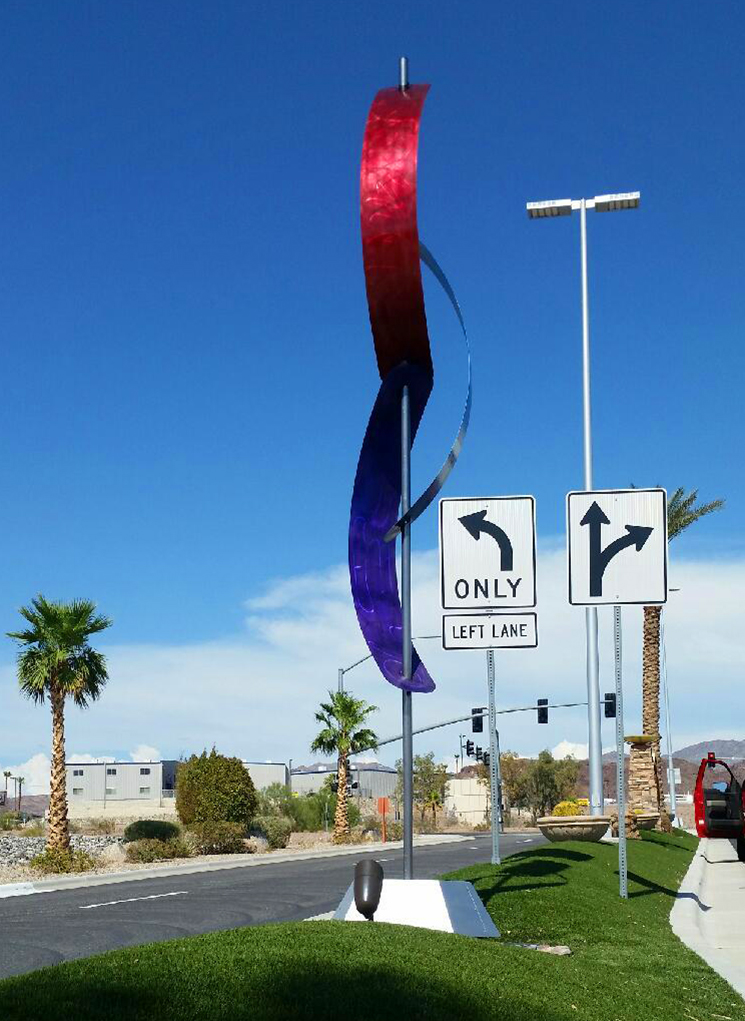