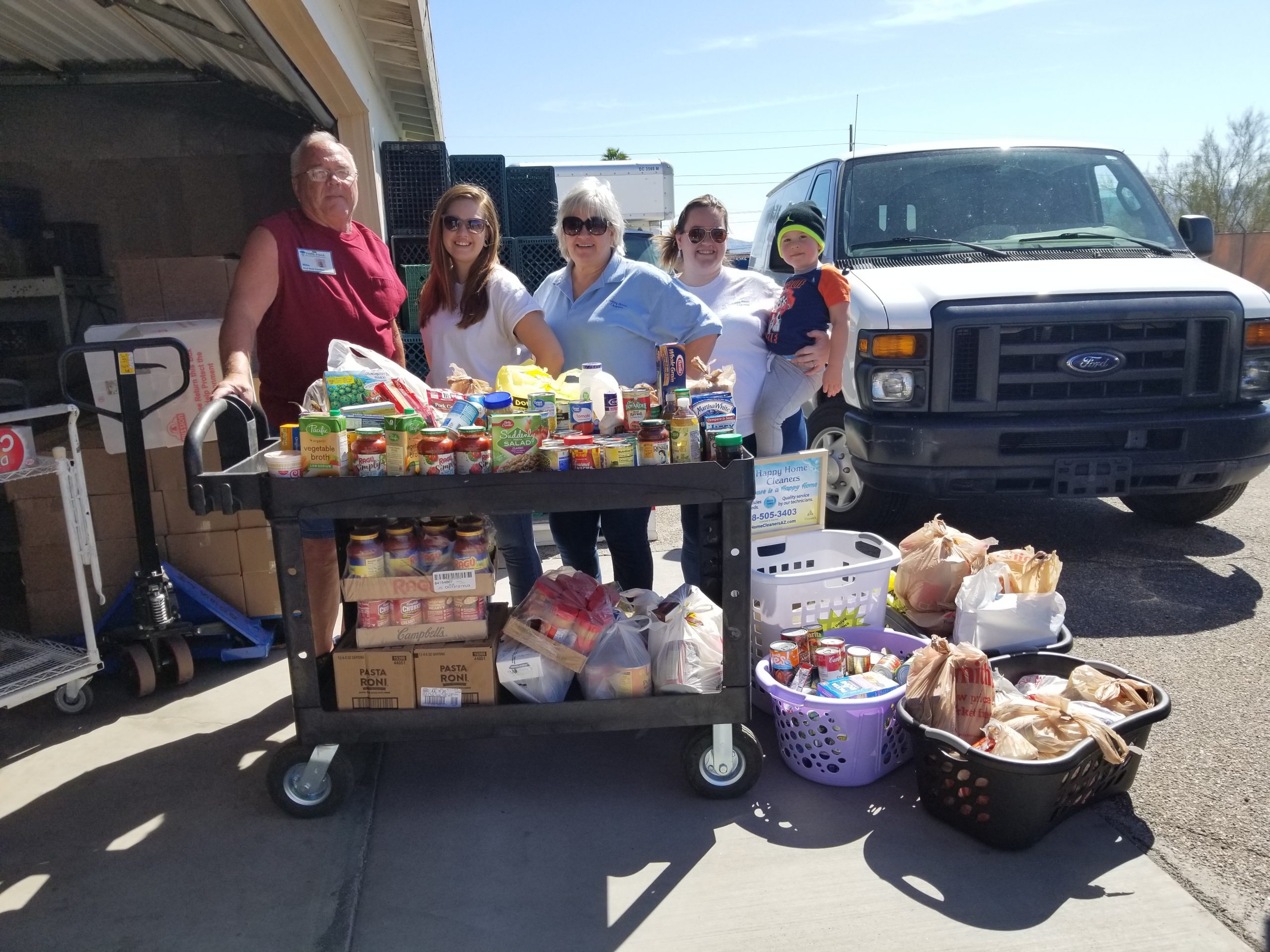 Regardless of the unique viewpoints that dot the globe, a common thread runs through the fabric of all humanity as we share the basic elements of life – air, water and food. There is scarcely a more pressing cause in the world than that of caring for our fellow human beings.

The Lake Havasu City Food Bank is doing just that and sending out a call to arms for local businesses for help.

The Food Bank is inviting businesses to lend a helping hand by sponsoring its efforts one month at a time, collecting donations themselves. The purpose addresses a need that rears its head during the off-season months in Lake Havasu City when many of our winter visitors return home for the summer.

While those visitors are in Lake Havasu City, the clubs and committees they attend bring in a great deal of donations from the community through events. Conversely, when they leave for more favorable weather, so do the added donations. However, the need in the community does not.

The Food Bank is searching for businesses to commit to adopting them and their cause for a month every year  to ensure it knows who to count on when the holidays are over and our winter visitors gone. The idea is gaining ground as local businesses and organizations are taking up the cause.

So far this year, Happy Home Cleaners and Calvary Baptist Church have been conducting food drives for the Food Bank. Calvary Baptist committed to February in 2019 and did it again this year.

In addition, Planet Fitness remains a constant source of support. What began as a monthly donation has continued and never stopped.

Recently, Happy Homes Cleaners, who had been collecting goods since January, presented the Food Bank with a generous donation of $40 cash and 532 pounds of food.

Owner Debbie Shenren of Happy Home Cleaners, a staple in Havasu since 1996, said they have collected nine tall laundry bags full of donations since they began their drive in January, noting that the community has been very generous.

“I wanted to do something for the community,” Shenren said. “Instead of putting our campaign efforts toward gift baskets for Valentine’s Day and stuff like that, we were wanting to spread the love through donations for the Food Bank to restock their pantries after the holidays.” She also notes that they plan on making this a yearly event, which is exactly what the Food Bank needs.

Two organizations adopting the Food Bank in one month was a dream come true for the community. Colleen Mattinson with the Food Bank said, “What would be perfect would be to have more than one business per month.” She said, “We’re serving about 45 families a day. We’re well over 1200 individuals in a month.”

It’s numbers like that which have led to the idea of having more than one sponsor a month.

To get more information about adopting the Food Bank for a month, contact Mattinson at 928-566-8723