Lake Havasu Honors Those Who Gave Their Lives on September 11, 2001 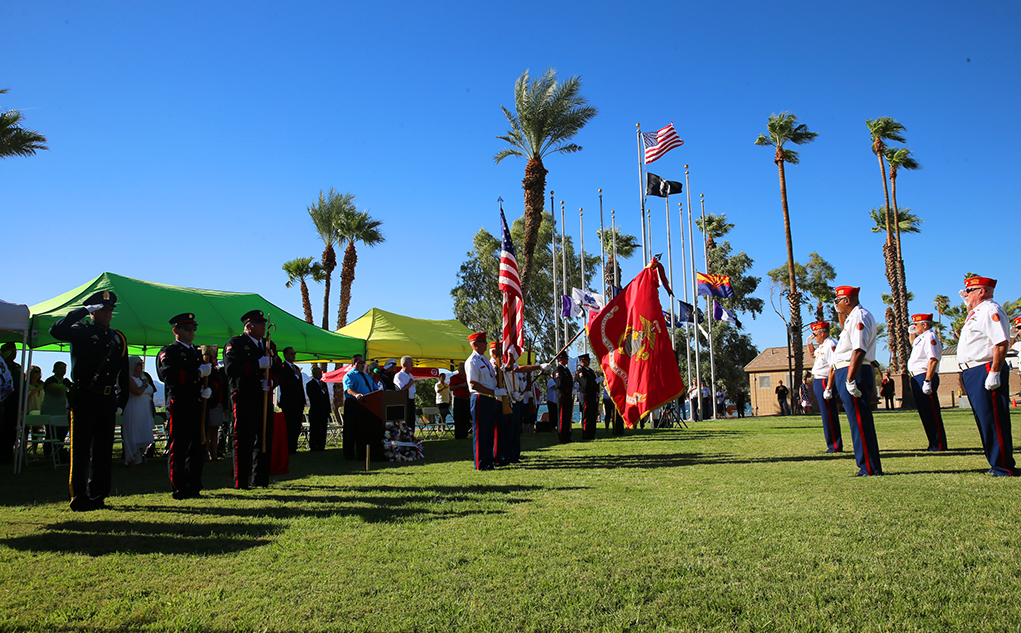 Tuesday, Sept. 11, first responders, city officials, veterans and citizens gathered at London Bridge Beach to remember those affected by the tragedy of the World Trade Center attack 17 years ago.

The ceremony began with an opening by Bud Watts followed by prayer led by Sisto Sandoval. 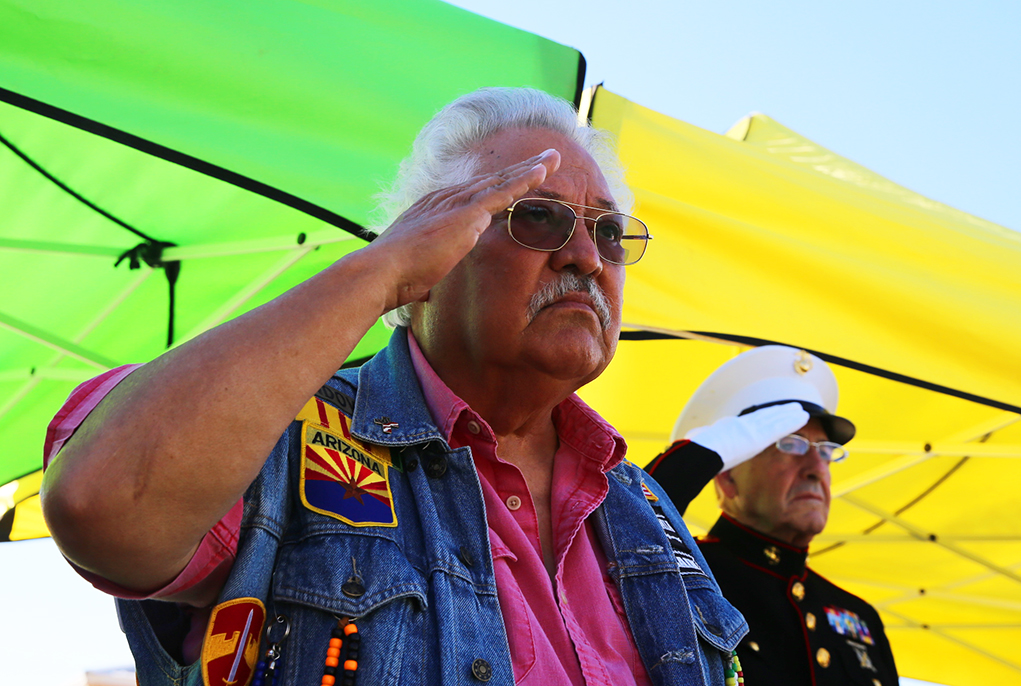 Organizations that were involved in the presenting of colors included the Marine Corps League, The VFW, American Legion, LHFD, and LHPD. The POW/MIA, and American Flag were raised by Rosamond Naylor and Ray Clodi.

The Native Air Service flew over the event as the Thunderbolt Middle School teacher, Jeff Young rendered the National Anthem. The Anthem was followed by the Pledge of Allegiance led by The Lake Havasu City Military Moms. 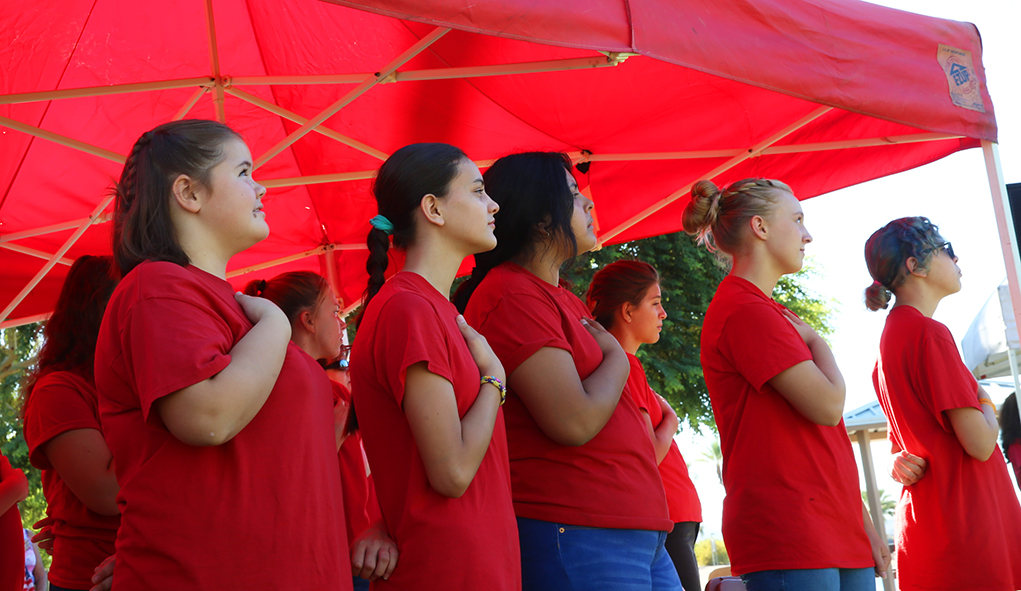 Members of the Marine Corps League performed the Flag Folding, and the Gold Star Moms placed the wreath at the ceremony grounds. 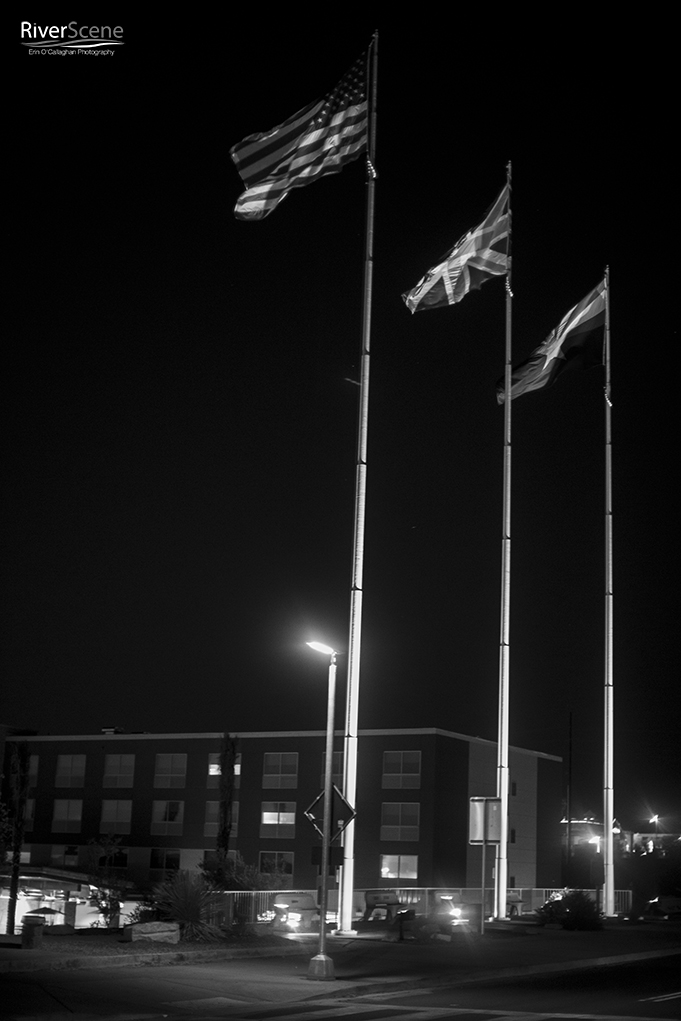 As the ceremony came to an end, Thunderbolt Middle School Choir presented “Proud to be an American.”

The ceremony ended with a rifle salute and performance of “Taps.” 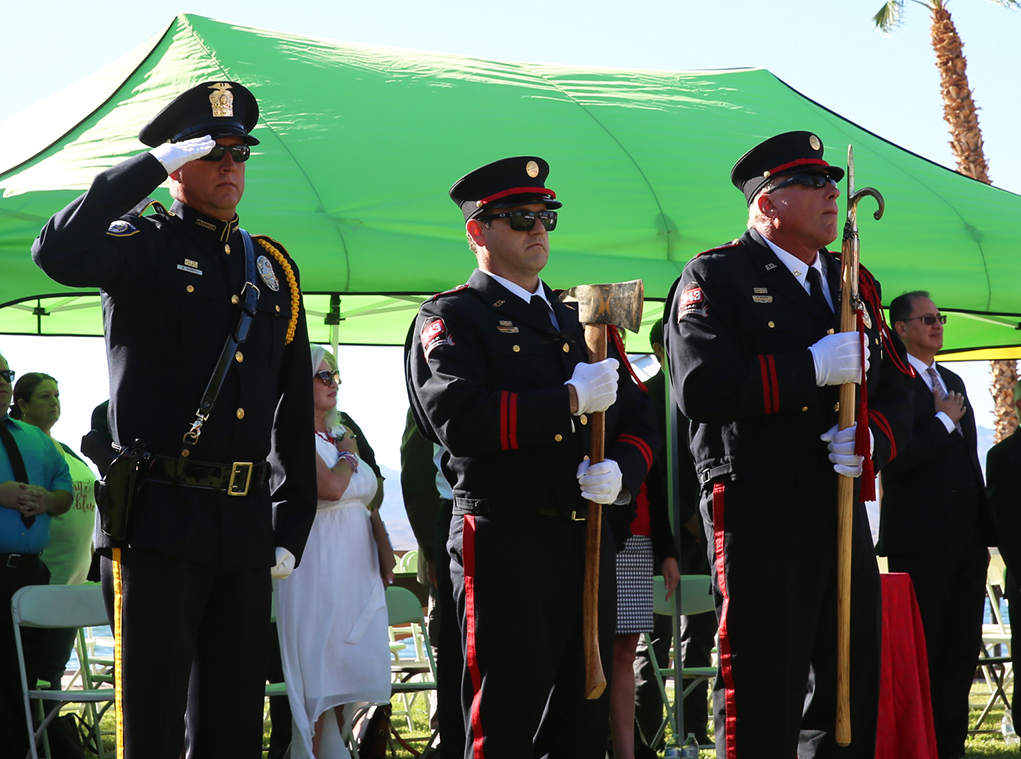 As the first responders of the tragic event are honored, Lake Havasu First Responders still feel the pain of the loss.

Fire Chief, Brian Davis, reminisces the fateful year and how it still affects him today: 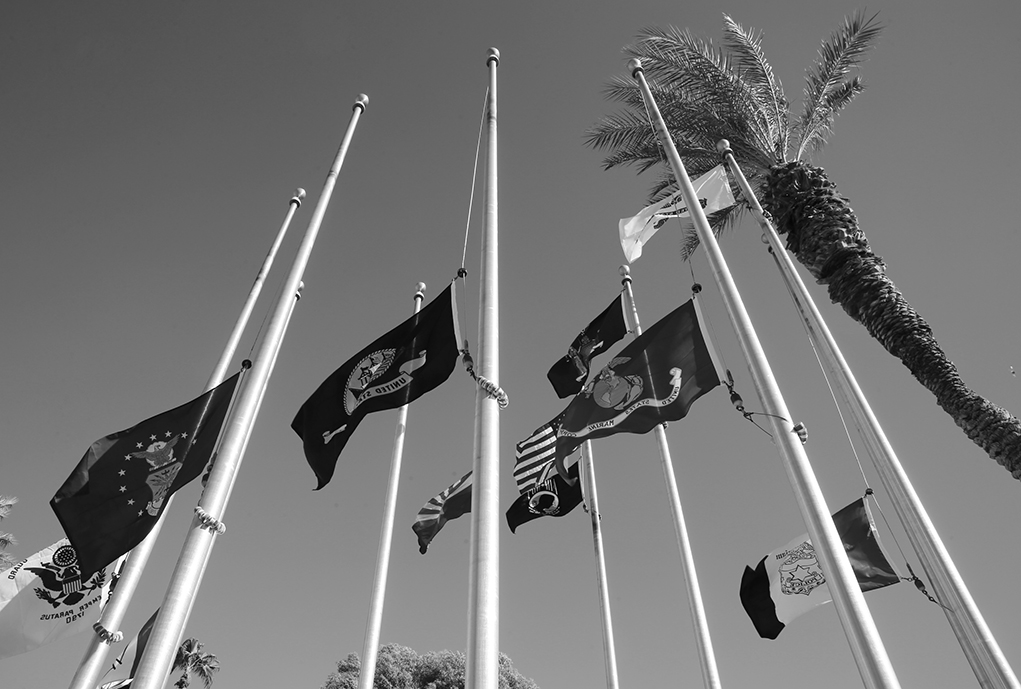 September 11th is a day of remembrance of those fallen and a day of gratitude to first responders and military personnel who still serve today. 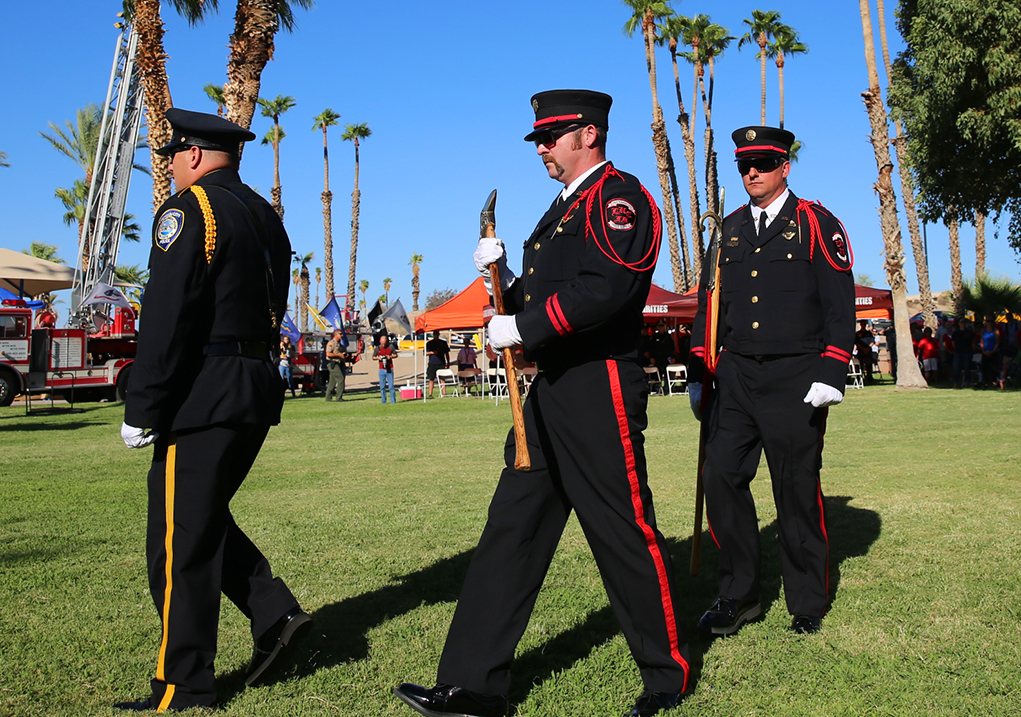 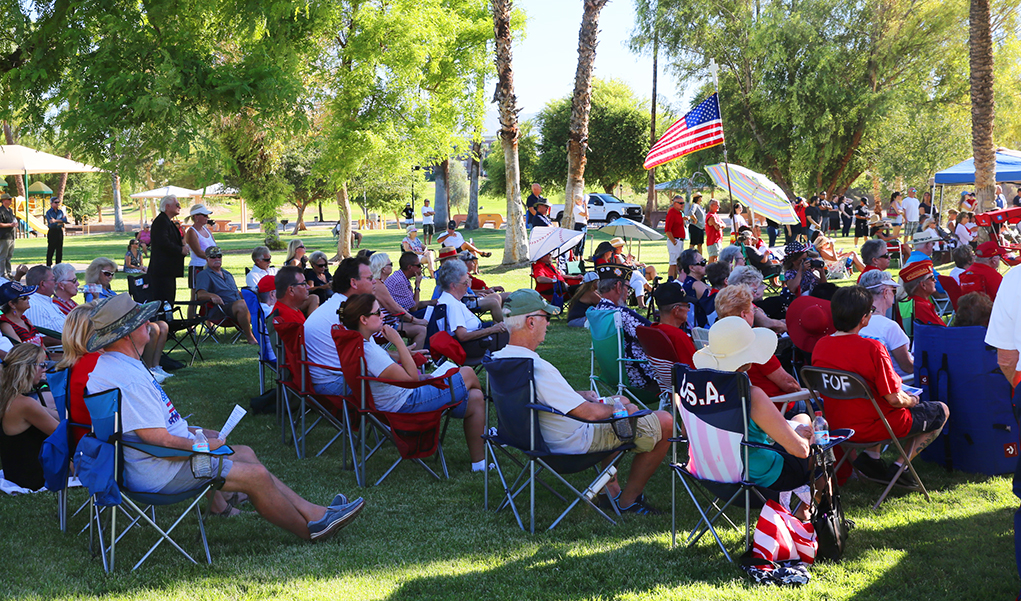 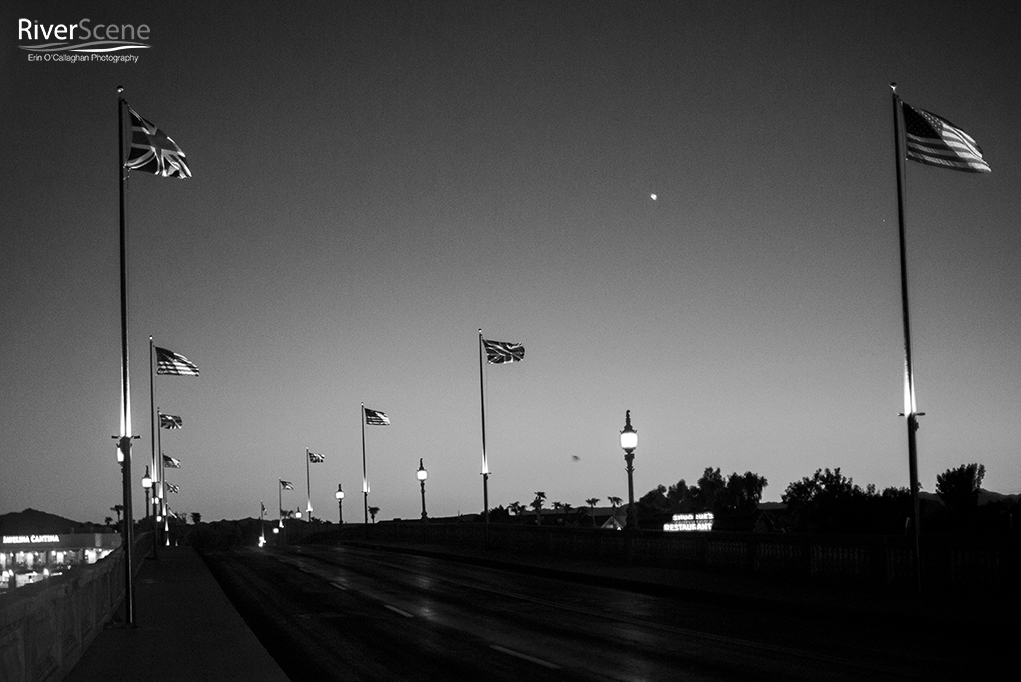