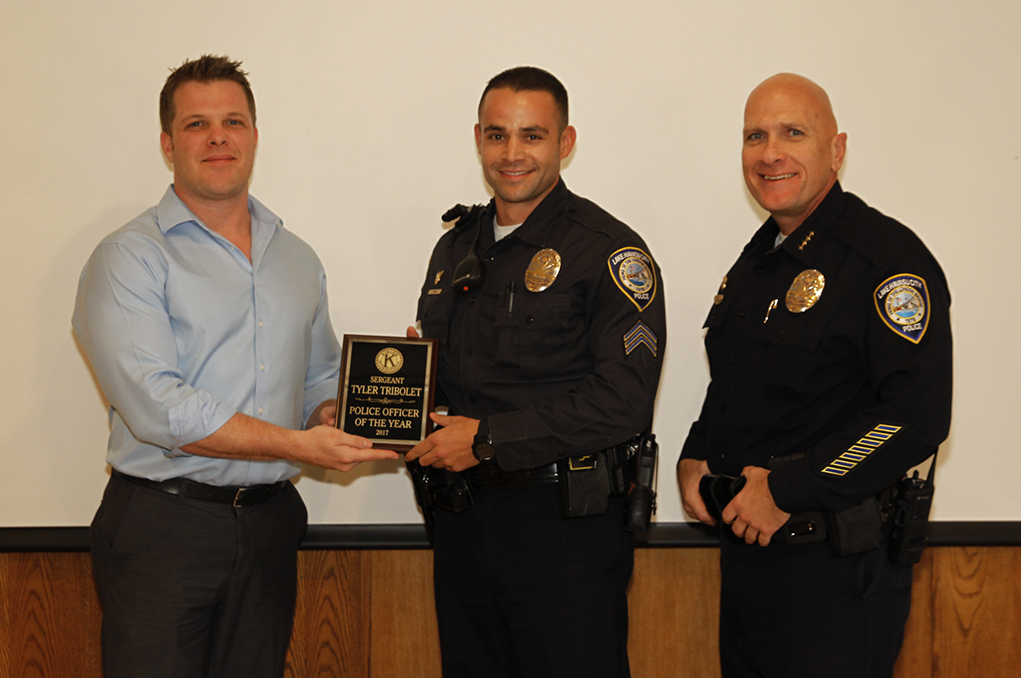 “It’s an honor to get Officer of the Year from this organization. It means a lot to myself and my family,” Tribolet said.

Nathan Burnell, president of the Kiwanis Club said that each year an officer is selected by the local police department and the club honors that officer.

“We present a plaque to the officer and we have a perpetual plaque that we keep up at the police department,” Burnell said.

Burnell said the reason Tribolet was selected, “according to Dan Doyle’s words, ‘his dedication to the job. He comes in early stays late. He goes above and beyond his regular duties’ and that why he was chosen,” Burnell said. 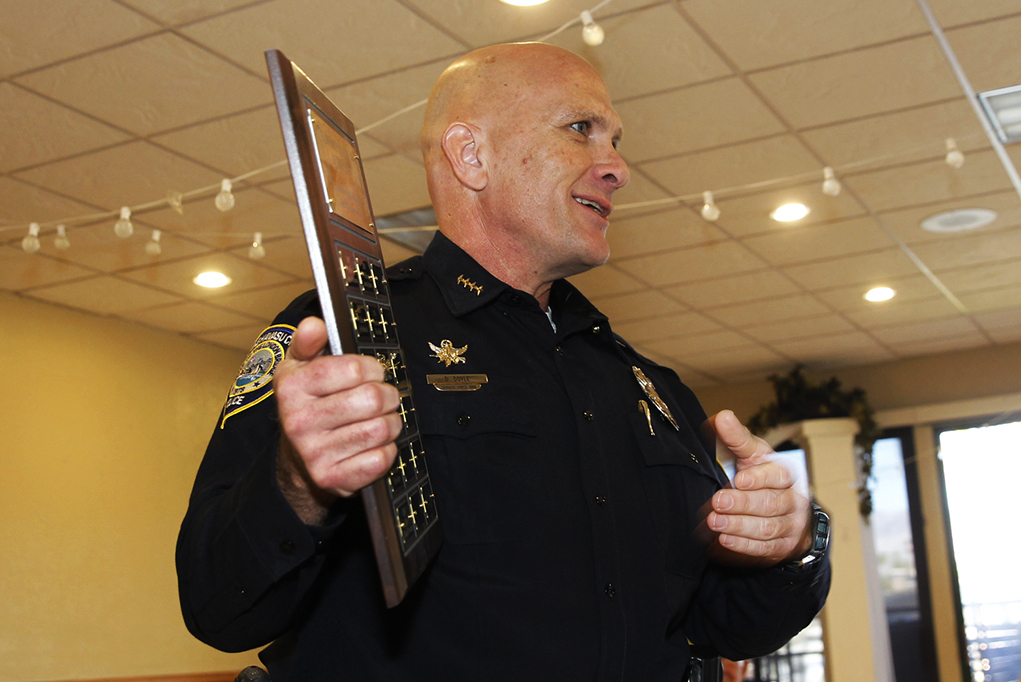