When the idea of taking the Lake Havasu Museum of History into the “green” began last year, the motivation was, of course, to make the building more energy efficient and provide more gentle lighting for its exhibits.

A representative from the UniSource Commercial Energy Solutions Program conducted an energy audit and made suggestions to move forward in creating a more efficient environment. With that, a seed was planted that has now become a reality.

Following the audit and recommendations submitted, an “Adopt a Bulb” campaign began to replace all the lights bulbs in the museum with upgraded LED-style bulbs – much more efficient and exhibit friendly. The museum replaced thermostats and exit signs as well. All this was accomplished through generous donations from museum members and supporters. Those changes have produced the desired effect of lower energy costs and a more environmental-friendly building.

But the best was yet to come.

Late last year, long-time museum supporters, board members and charter members of the Lake Havasu City Historical Society, Lyle and Stellene Matzdorff, made an offer to the museum board it could not refuse.

With a most generous donation of $28,000, the Matzdorff’s have initiated the first phase of the installation of a solar energy array atop the museum.[quote_center]“We are thrilled and so appreciative of the Matzdorffs’ wonderful donation and continued support of the museum,”[/quote_center][quote_box_right] said museum board president Ed Walker.[/quote_box_right]
Along with the Matzdorff’s donation, Solar Power by Esmay Electric president Greg Esmay, is donating 10 percent of system costs to the Lake Havasu City Historical Society and Museum.

Work on the first phase of installation of 24 solar panels has begun. The initiation of the solar arrays promises to reduce energy costs to the museum by half, according to Esmay representative Breck Alvord.

In the future, the second phase of the project, to include 21 additional panels, is planned. Both the Matzdorffs and Greg Esmay encourage others interested in the preservation of Lake Havasu City history to join them in contributing to Phase 2. With the completion of Phase 2, the museum would become energy independent.

The energy savings made possible by this donation will allow the museum to upgrade and improve existing exhibits and enhance the visitor experience for all.
The Lake Havasu Museum of History is located at 320 London Bridge Road. Hours of operation are Tuesday-Saturday, 10 a.m.-4 p.m. Call 928-854-4938 for more information. 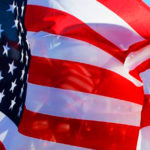