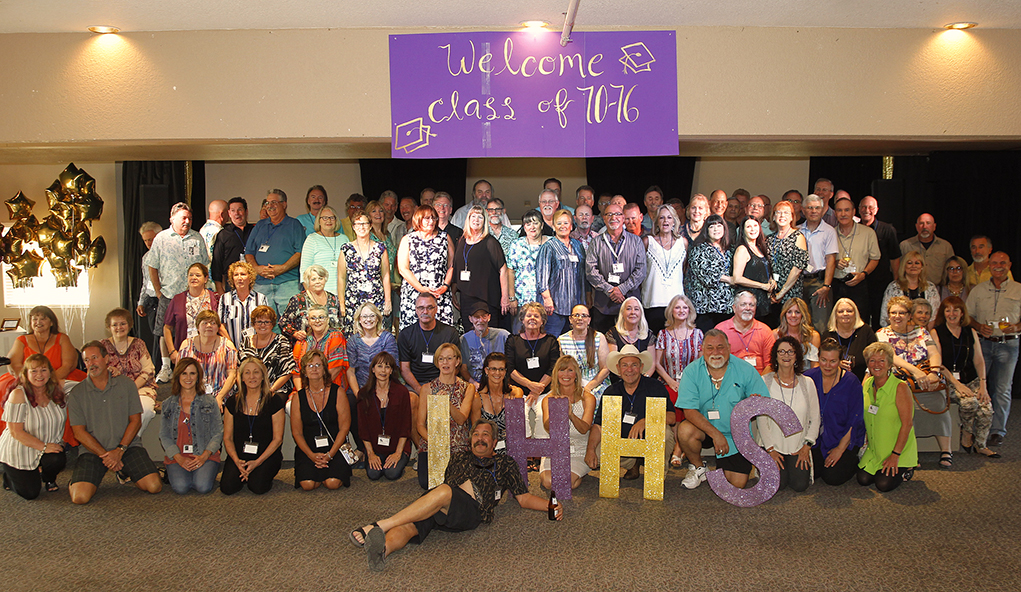 The reception area was filled with long-lost friends being reunited and memories of the good old days flooded the minds of those there.

Event coordinator Toni Trembley Ade, class of 1976, has organized the reunion for 30 years. 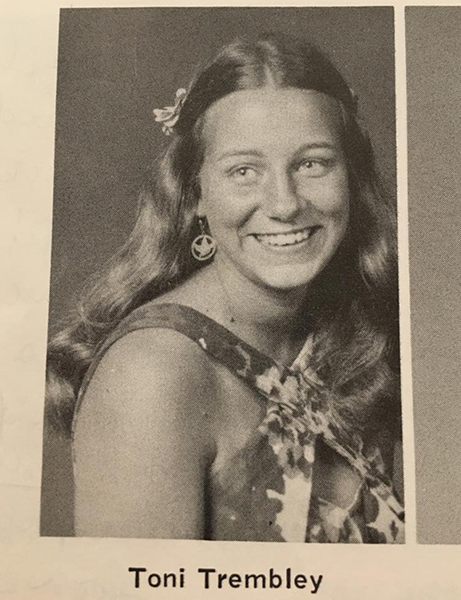 For Trembley, the reunion was like a blast from the past. “You relive the memories, you see the people and talk about the shenanigans from way back when and all you can do is laugh about it,” she said.

Those in attendance spent their time looking through old yearbooks and checking out class pictures.

For many who returned for the reunion, seeing the town and the high school itself was like a foreign terf. “I didn’t even recognize the high school,” Trembley said.

For these alumni, the school was only a couple buildings versus the numerous buildings that make up the campus today. 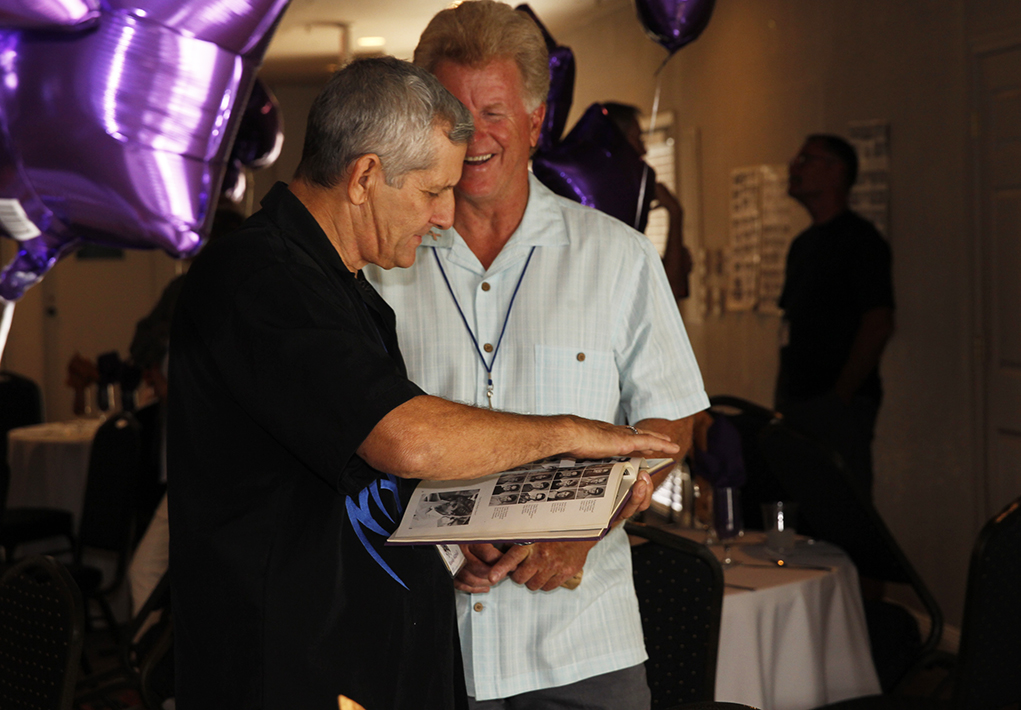 Randy Mitchell, Class of 1973, and Steve Greeley, Class of 1976 look at yearbooks during the reunion Saturday afternoon. Karley Glover/LHHS Journalism

Those who attended LHHS in its early days were pioneers of the city and its school. Many knew the founder of Lake Havasu and created the traditions and rivalries that students and citizens of Lake Havasu now know.

Jane Morrow and Bobbi Johnson were only sophomores when the school colors and mascot were chosen.

The memories weren’t only about the high school. Memories of a small town also worked there way into the minds of the attendees. 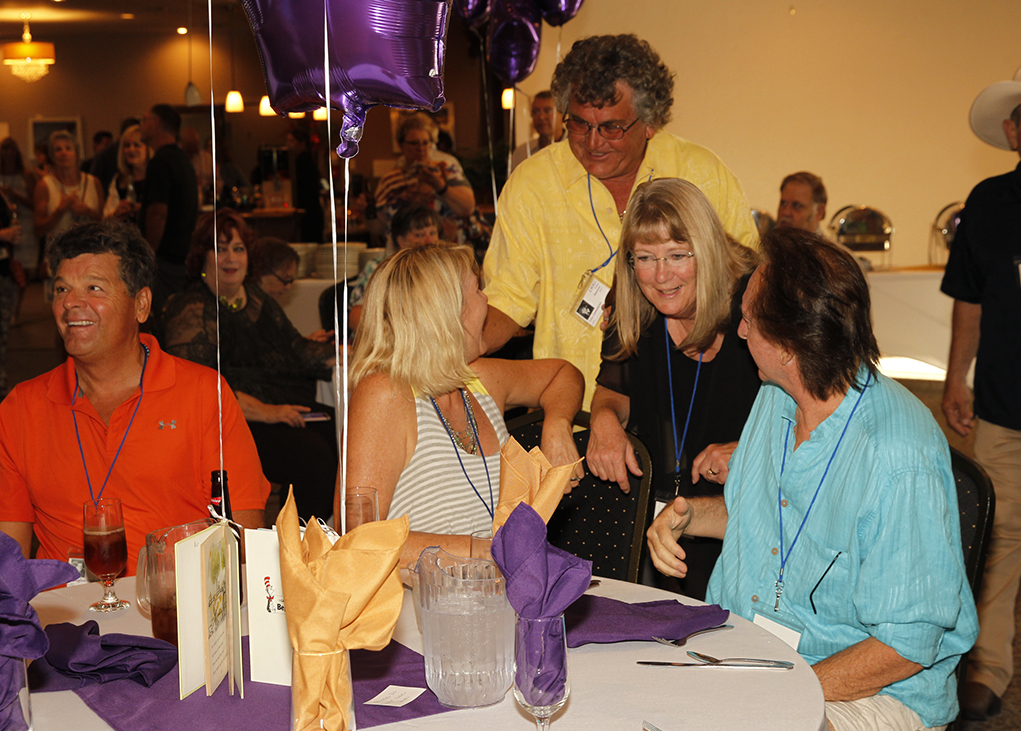 “You would look across the lake and see a few scattered houses, one there, one there, and one there, now the town’s full of houses,” George Fleet said.

While some have passed away or couldn’t make the event, a memorial table and gold colored balloons were there in their memory. For those who did attend, the night was spent laughing at old memories and catching up with old friends.

“It makes you feel good to see people that you may never see again,” Randy Habeck said.

While they may have graduated years ago and most have moved on to other places, the legacy of the pioneers continues to live on through the memories they shared with each other at the event. 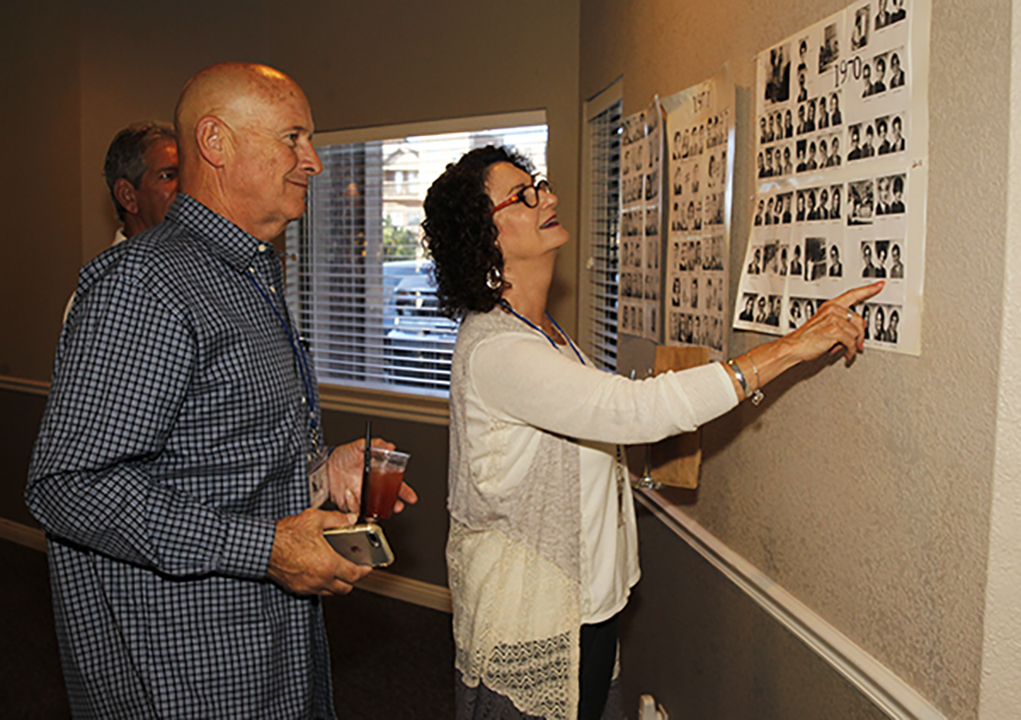 Jeff and Betty Coombs, class of 1970, look at photos on the wall during the reunion Saturday. Jillian Danielson/RiverScene 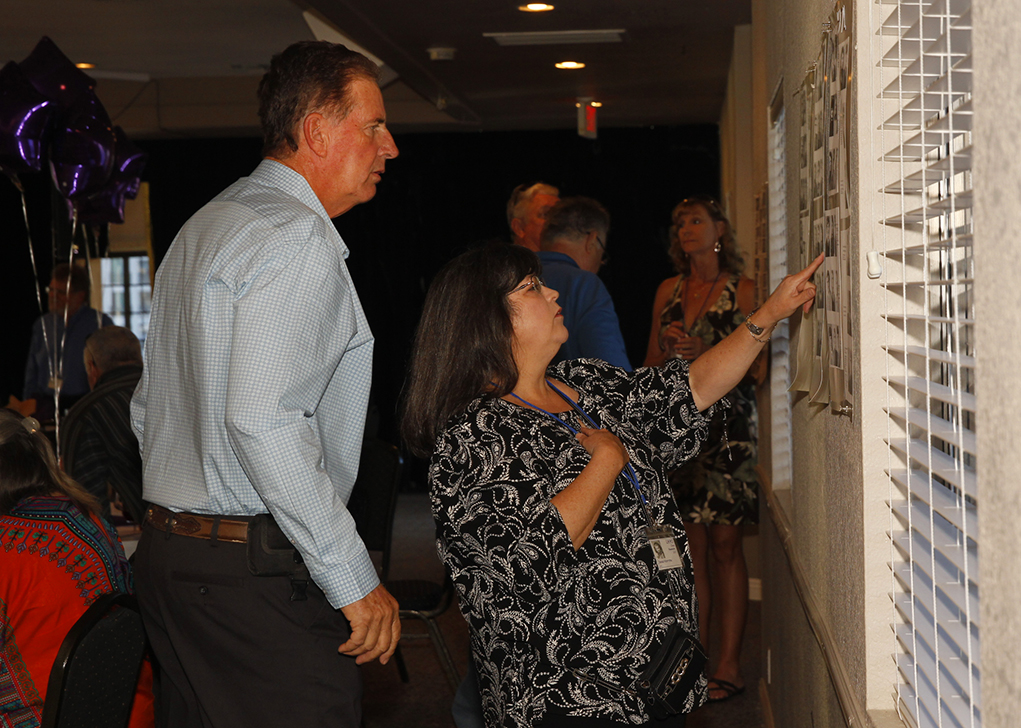 Forrest Martinie and Jane Morrow, Class of 1972, look at photos on the wall during the reunion at the London Bridge Resort Saturday afternoon. Jillian Danielson/RiverScene 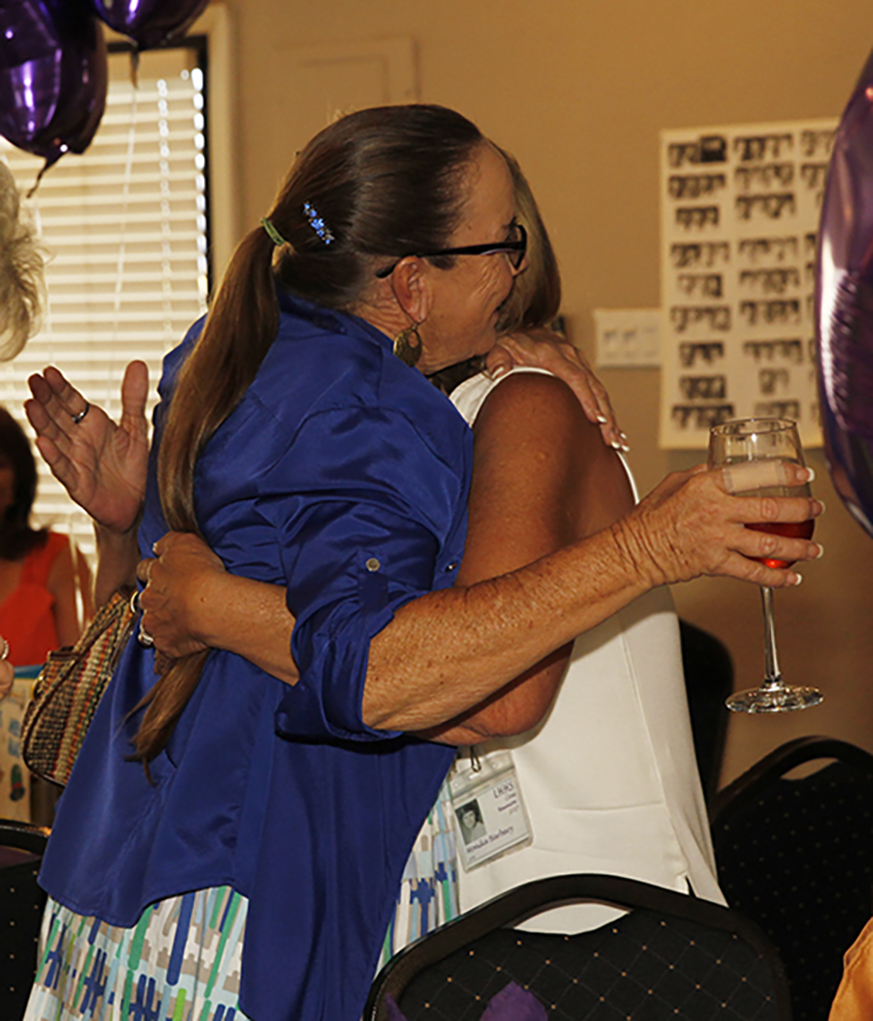 One Response to “Lake Havasu Pioneers Reunite To Reminisce”