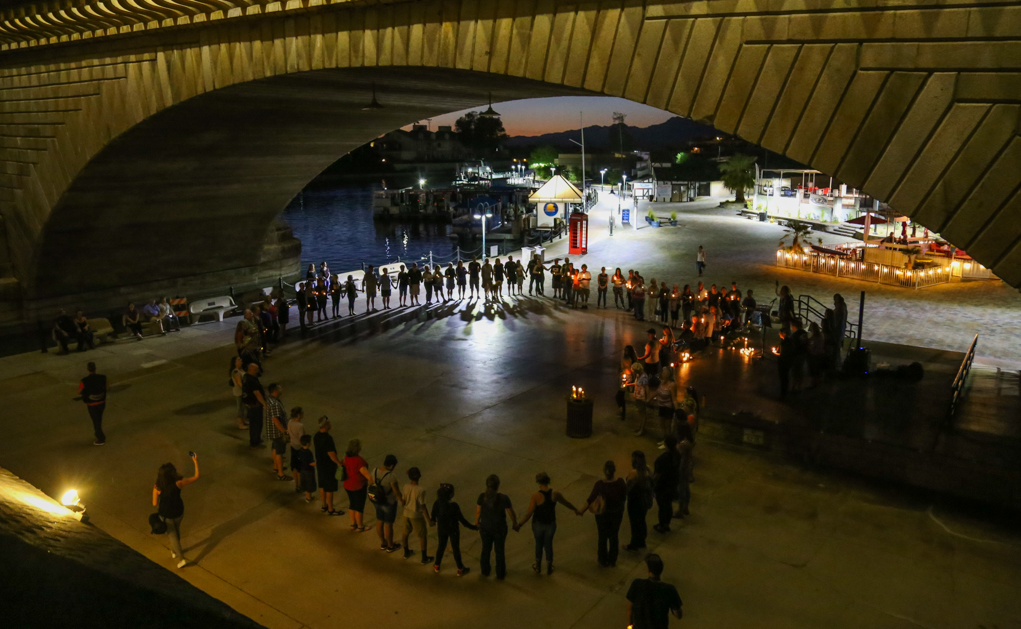 Lake Havasu City residents gathered at Rotary Community Park and then under the London Bridge for prayer vigils Wednesday evening. The vigils were held to show support for the victims and families affected by the mass shooting in Las Vegas during the Route 91 concert last Sunday night. 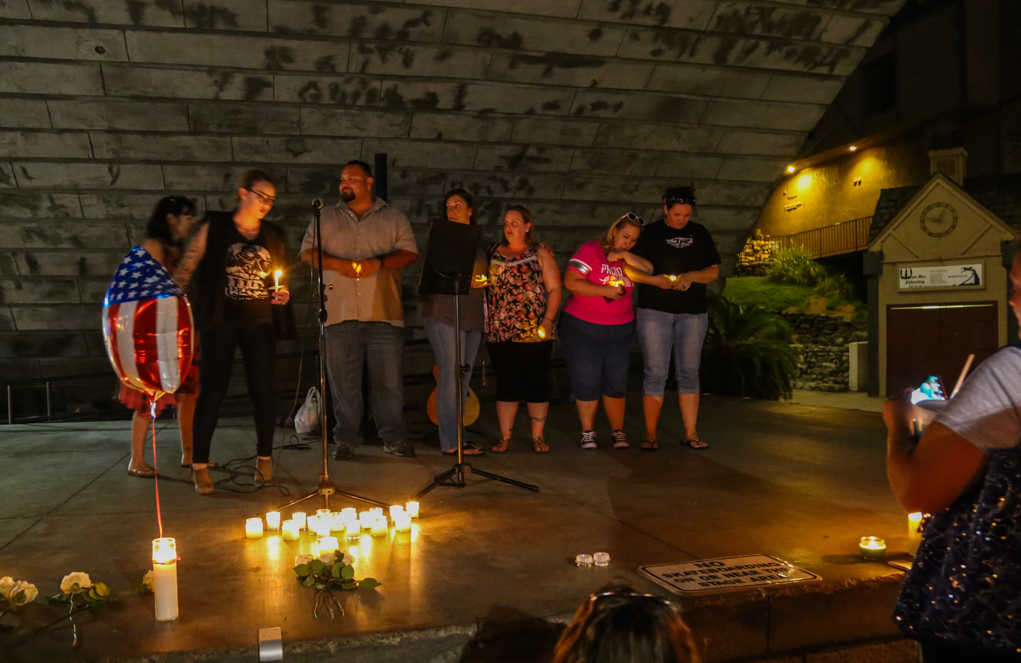 Survivors from the Las Vegas shootings were in attendance at the vigil Wednesday night . Rick Powell/RiverScene 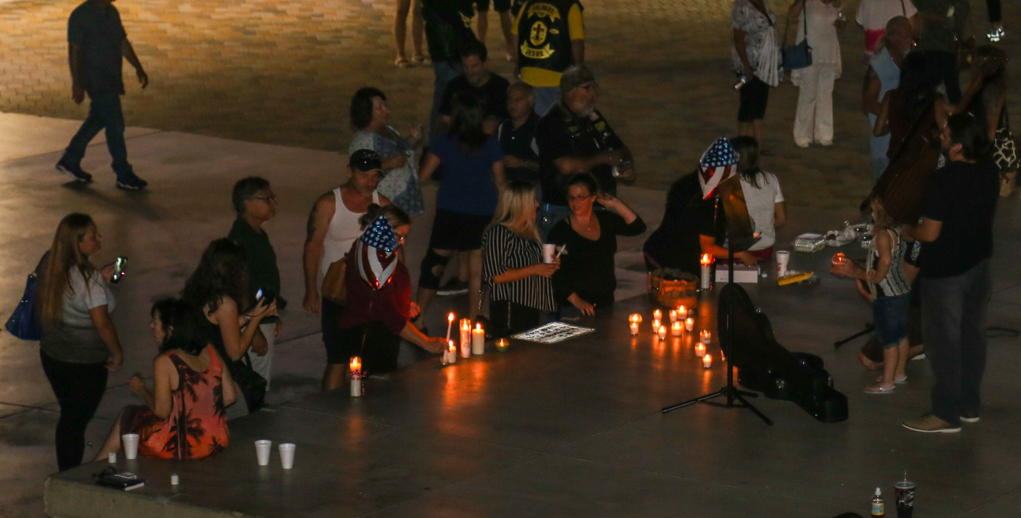 A candlelight vigil was held under the London Bridge Wednesday evening. Rick Powell/RiverScene 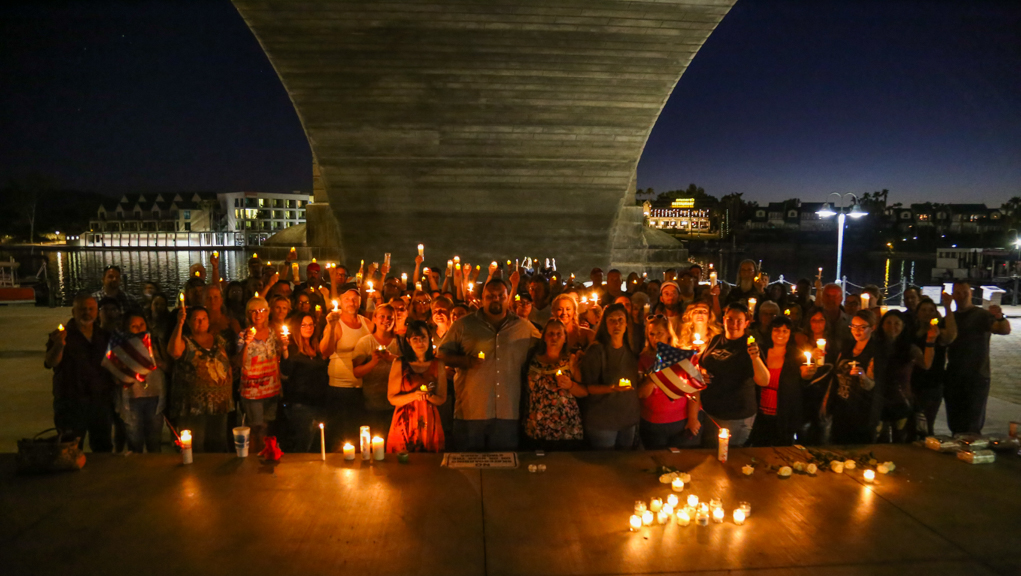 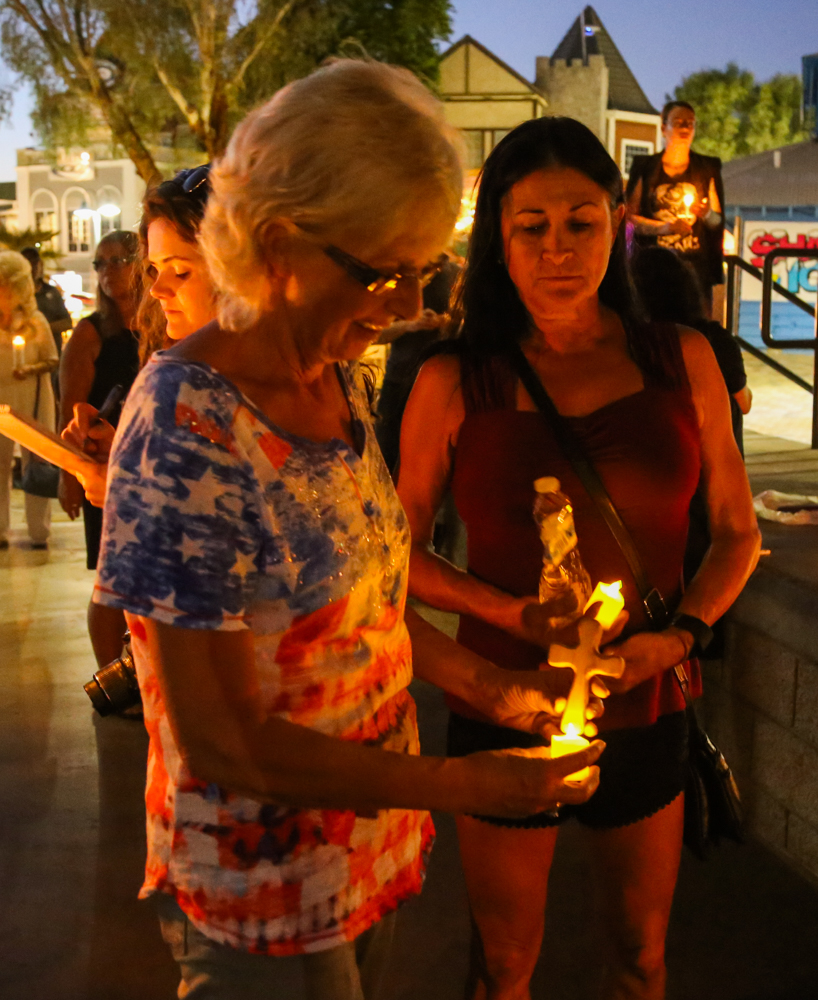