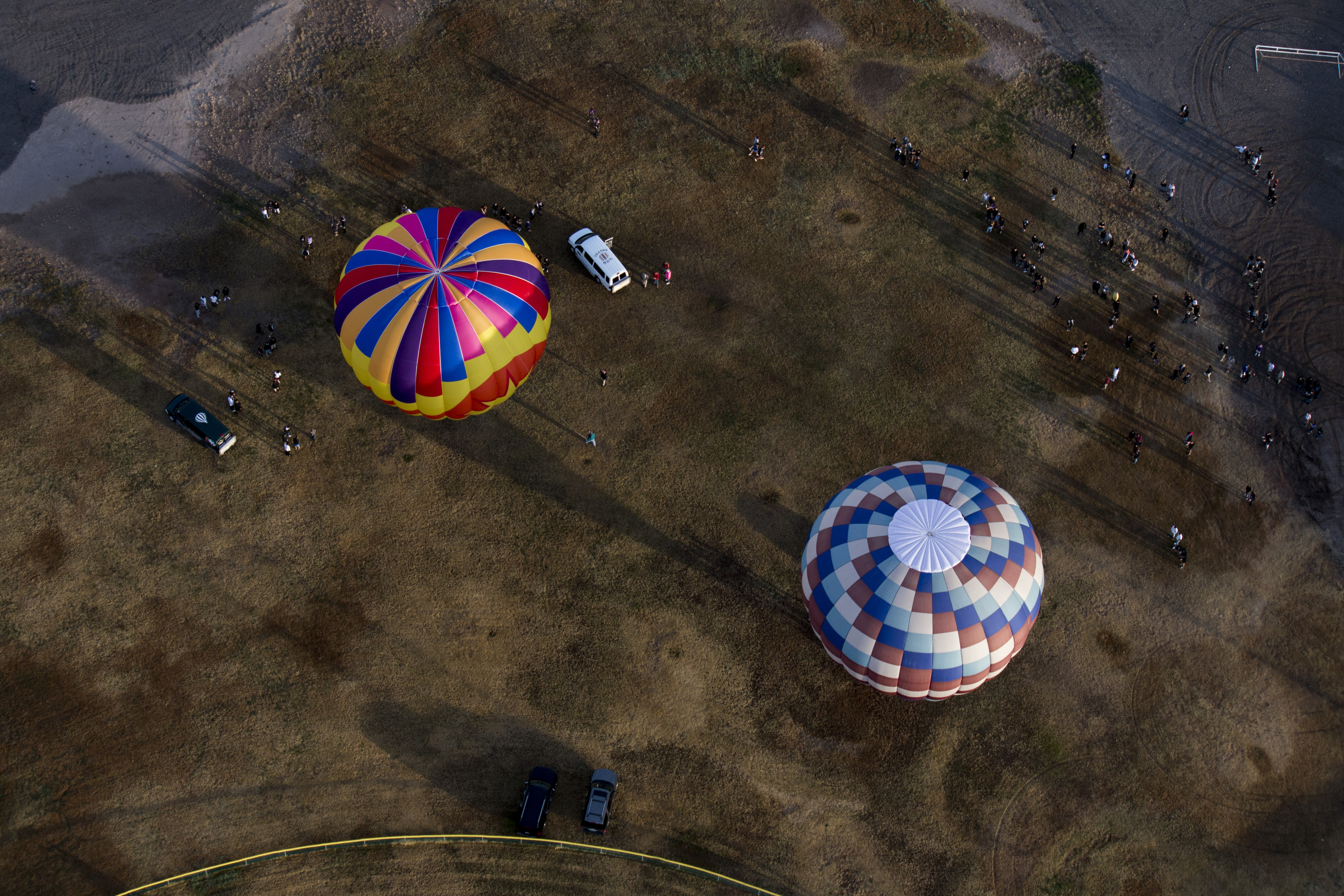 Balloon pilots from across the states, and even some foreign destinations, made their way to Lake Havasu this weekend for the eighth annual Havasu Balloon Festival and Fair.

The festival kicked off Thursday when several balloon pilots set up shop at school campuses around town. 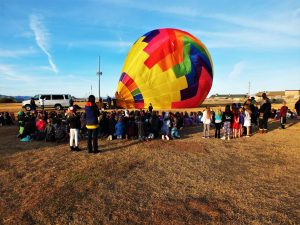 Kids from all schools were able to come out and get a close-up view of the balloons as the crews assembled the giants.

Pilots even took the time to talk to many of the students and answer questions regarding hot air balloons and their flights. 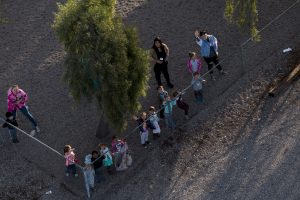 Pilot Al Reusch was one of many that launched a balloon from Lake Havasu High School. Reusch has been a pilot for 29 years and has traveled to Havasu from Illinois every year for the past seven years for the balloon festival.

Some of the other pilots at the different schools included: Bruce Wood, Katie Griggs, Jim Dolan, Jeff Haliczer, Pat Newlin, and many others.

Thursday morning was a demonstration of how no wind is not always good. Pilots must have at least enough wind to move or else you stay in one spot, which can be dangerous. 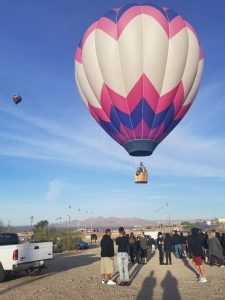 In order to get the balloons moving, pilots will steer the balloon up and down trying to catch a wind current.

Pilots are required to calculate a safe landing spot, away from power lines and lamp posts and an area that will be large enough for their balloon to come down.

If it is a safe place to land, pilots said they would land anywhere, including the middle of a street. 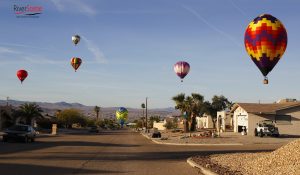 The crew must then work quickly in these situations in order to clear the street for traffic. Balloons take 15-20 minutes to deflate and pack away so everyone must work together to speed up the process. 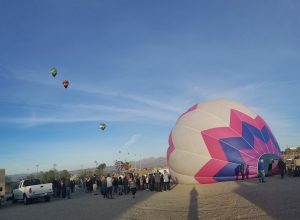 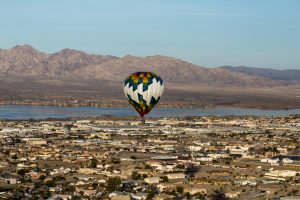 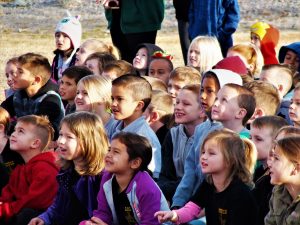 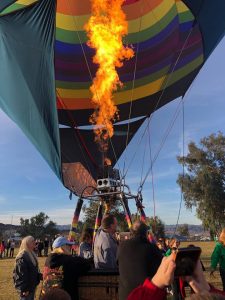 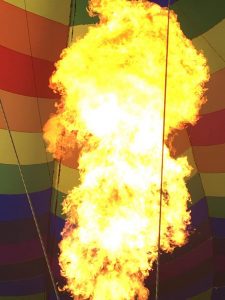 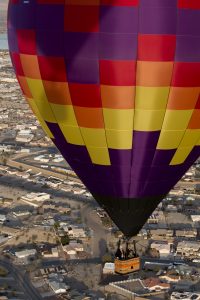 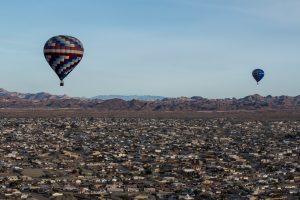 Havasu students watch as a balloon is inflated and its pilot explains take-off, flight and landing. Jillian Danielson/RiverScene 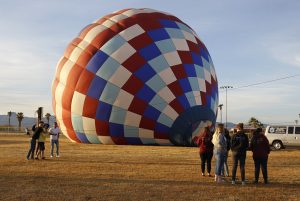