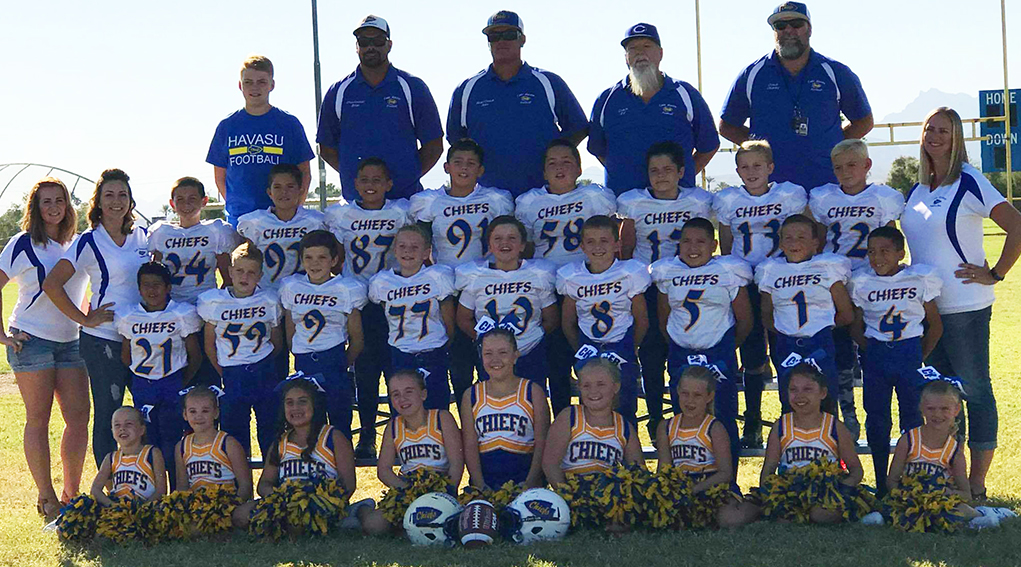 Starting Saturday, Lake Havasu’s American Youth Football team will begin their long-awaited playoff run in Yuma. The Chiefs will enter the playoffs in the third seed as they take on the sixth seed this weekend.

The coach of the Chiefs was able to give a few important words about what to expect and taking a look at the season as a whole.

When it comes to expectations, coach Alex Dennen has high hopes the Chiefs will be making their way into winning territory with the help of their seeding advantage.

The Chiefs fought hard throughout the regular season and finished strong with a 6-2 record. With the best record in the division, the Chiefs became Northeast Division Champions this season.

When asked about his thoughts on the teamwork shown, Dennen said the players exceeded any expectations he had. He also mentioned that whenever the Chiefs took a loss, they would come together and bounce back immediately in the next game.

We asked Dennen if there were any players that really stood out this year. More than anything, he stressed that the defense has played the most crucial role, as they have one of the best if not, the best defense in the league.

Aside from the defense, coach also mentioned that his running backs and his offensive linemen were making a huge difference day in and day out. The coach also has been working with only 18 players, while most teams have around 30, giving the kids plenty of playing time.

With the playoffs just about to start, sometimes adjustments need to be made; however, that is not the case for the Havasu Chiefs. Dennen said the team is ready for playoff action, and he sees no need for any major adjustments.

For words of encouragement to the team, the coach said, “I just want them to know that the city stands behind them, and we plan on bringing a championship back to Havasu.”

He also took the time to express his appreciation to the city, staff, parents and the AYF board.

Dennen said there will be a fundraiser barbeque Sunday beginning at 11 a.m., at SARA Park to help raise funds for next season.