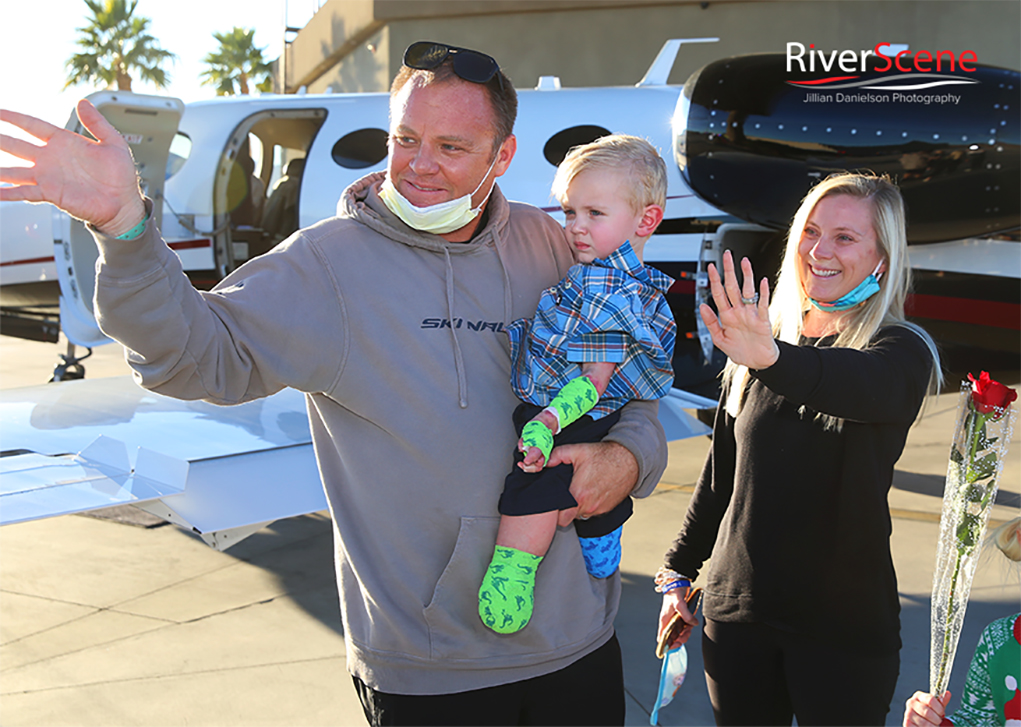 Nearly two years ago, the Baumkirchner family of Lake Havasu City began a journey that has taken them from very low lows and some very exciting times.

In November 2020, several events conspired to come together as the perfect storm.

The couple had planned to go camping in California near Santa Barbara, but the campground they were looking at was overcrowded so they settled instead for one near San Diego, which Juliana Baumkirchner called her Blessing No. 1.

Then, 3-year-old Beauden Baumkirchner, fell and scraped his knee while playing in the campground. The next morning, he had a high fever and was taken to a San Diego ready care facility that sent the family immediately to Rady Children’s Hospital – Blessing No. 2.

Recovery has been long, and Beauden has undergone numerous surgeries, but his future looks pretty bright.

Brian, Beauden, and Juliana Baunkirchner wave at Lake Havasu City and Desert Hills Firefighters that are at the airport to greet them after the Baumkirchners stepped off of the plane. Jillian Danielson/RiverScene