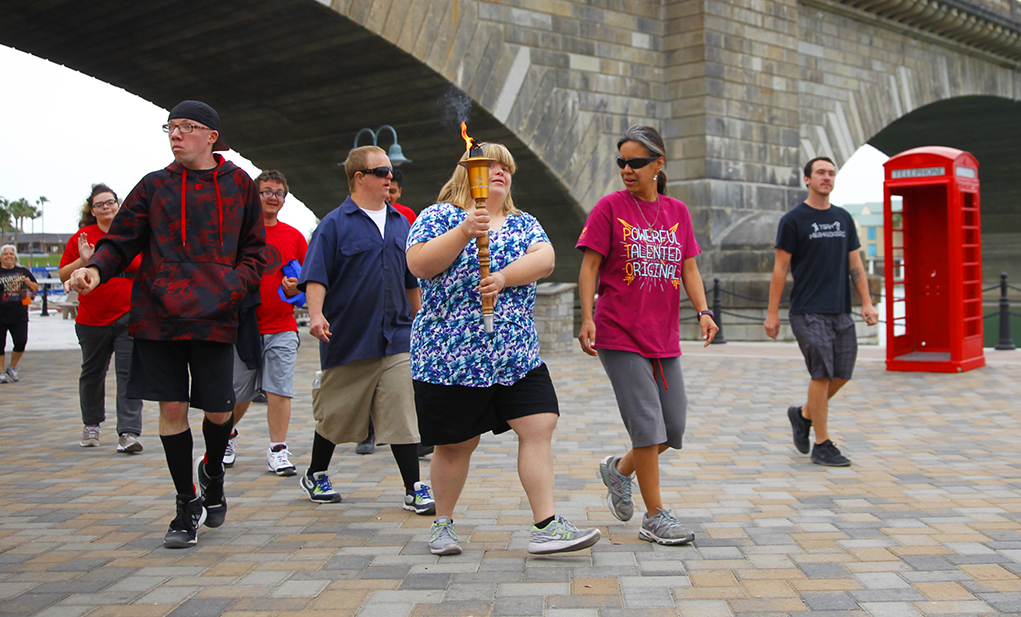 The Law Enforcement Torch Run took place in Lake Havasu City Tuesday in honor of special athletes that will gather in Glendale May 3-5 for the 2018 Arizona Special Olympics.

In June 1962, Eunice Kennedy Shriver started a day camp called Camp Shriver for children with intellectual disabilities at her home in Potomac, Md.

She started the camp because of concern about children with intellectual disabilities having very little opportunity to participate in athletic events. 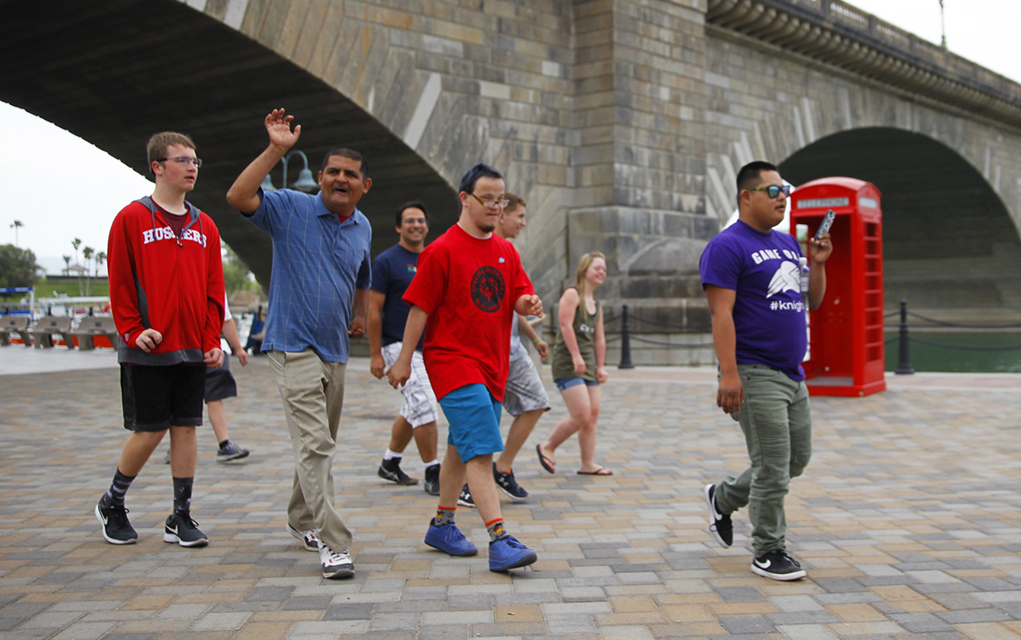 The motto of Special Olympics is, “Through the power of sports, people with intellectual disabilities discover new strengths and abilities, skills and success. Our athletes find joy, confidence and fulfillment — on the playing field and in life. They also inspire people in their communities and elsewhere to open their hearts to a wider world of human talents and potential.”

Brenda Cowell, of the local Special Olympics organization, was on hand to cheer for the Arizona Law Enforcement Torch Run to kick off this year’s athletic competition.

Special Olympic athletes, parents, and local law enforcement pose for a photo next to the London Bridge Tuesday morning during the Torch Run. Jillian Danielson/RiverScene

“The state will host special Olympic athletes from each city as they come together in Phoenix where they will compete in track and field events,” Cowell said.

Events include running, jumping, softball throwing and many different events that are normally held at track and field events. There will be 22 Lake Havasu special Olympians participating in the games.

Law enforcement member from San Bernardino, Calif., and the Lake Havasu City area began the torch run at SARA Park, on to Rotary and under the London Bridge and then on to Anderson Toyota where the torch runners and athletes enjoyed breakfast.

The 2018 Summer Special Olympics will be at Raymond S. Kellis High School, 8990 W. Orangewood Ave., Glendale. For more information and the schedule of events, visit http://www.specialolympicsarizona.org/events/2018-summer-games. 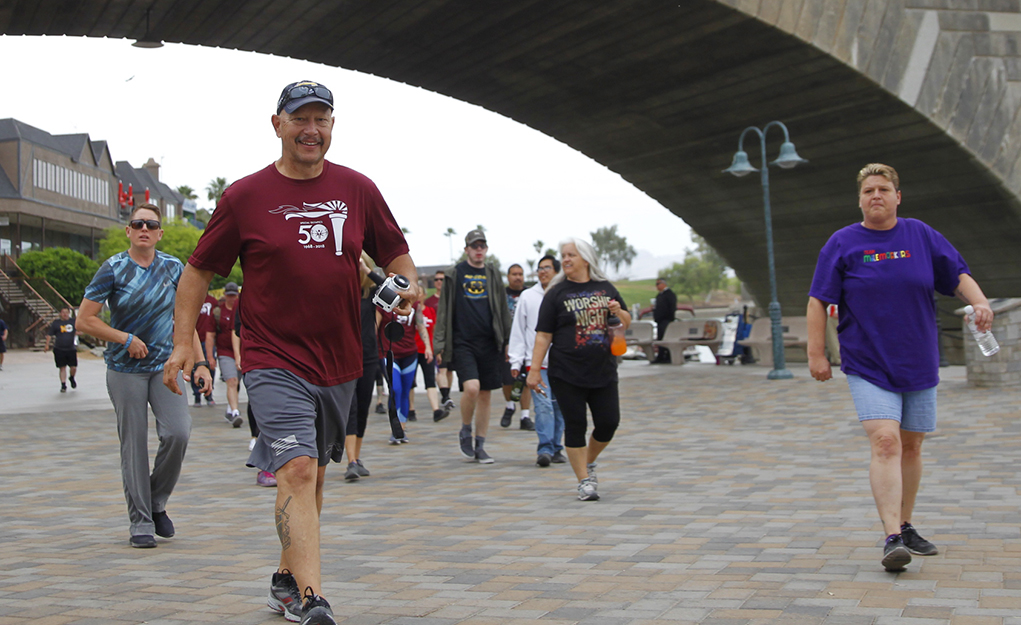 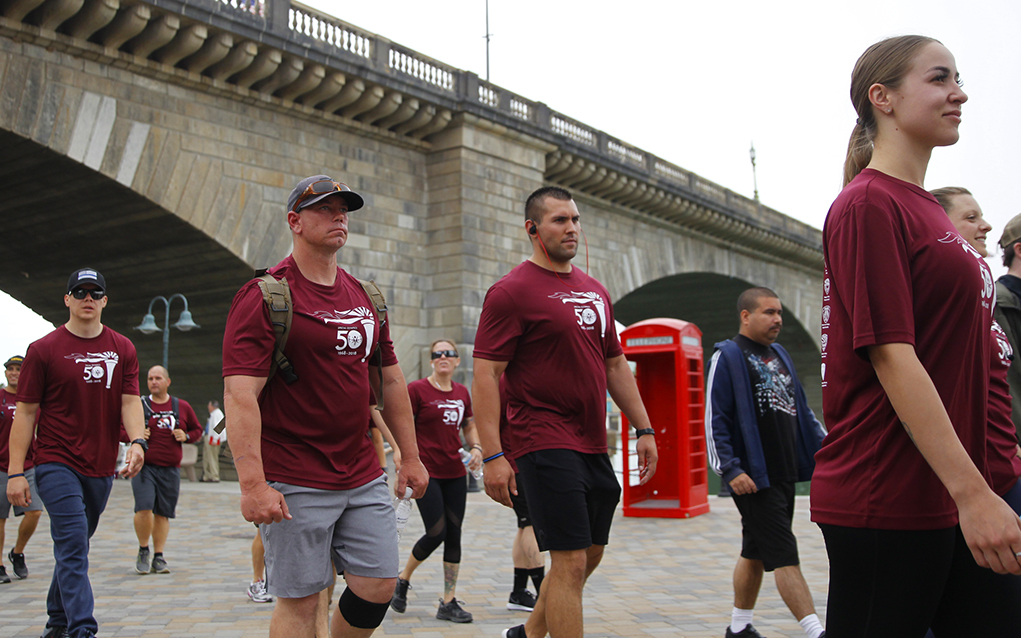 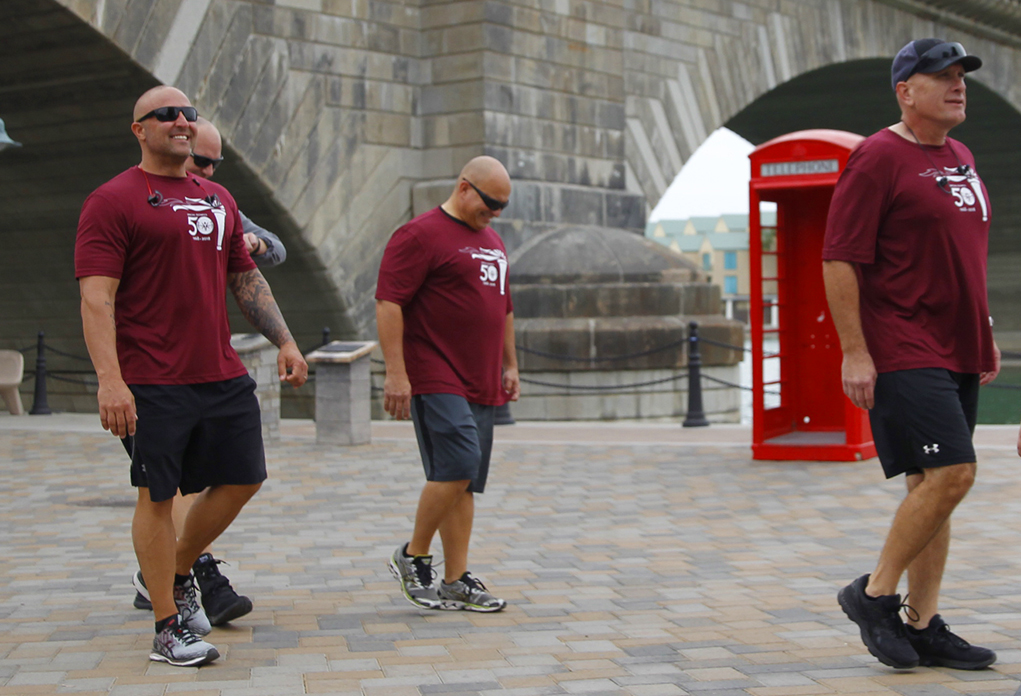 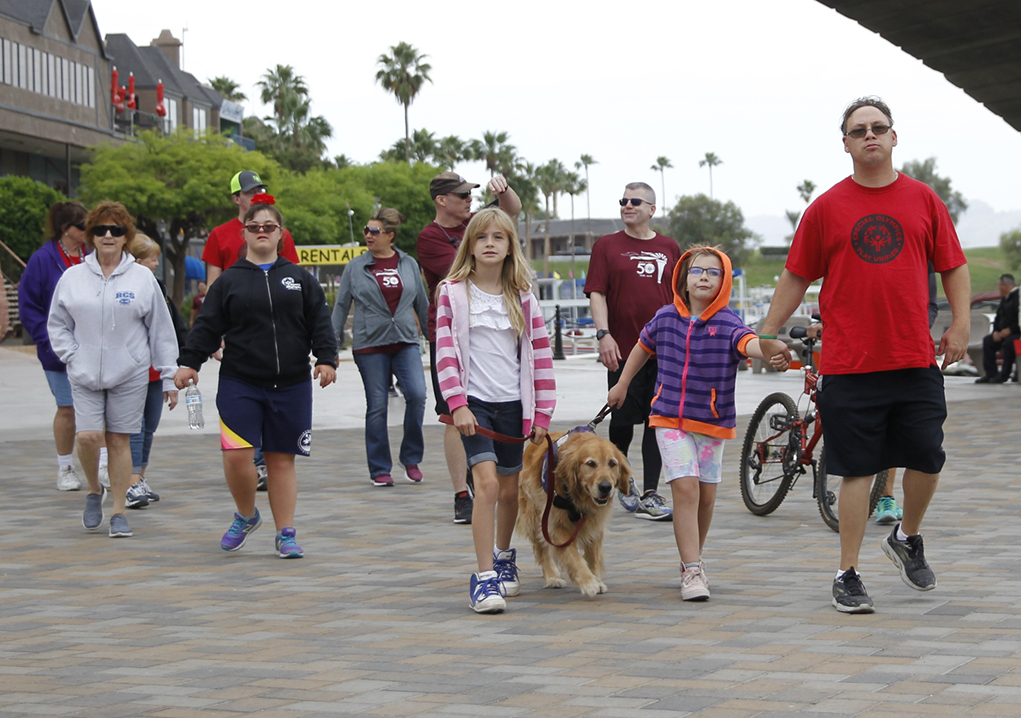 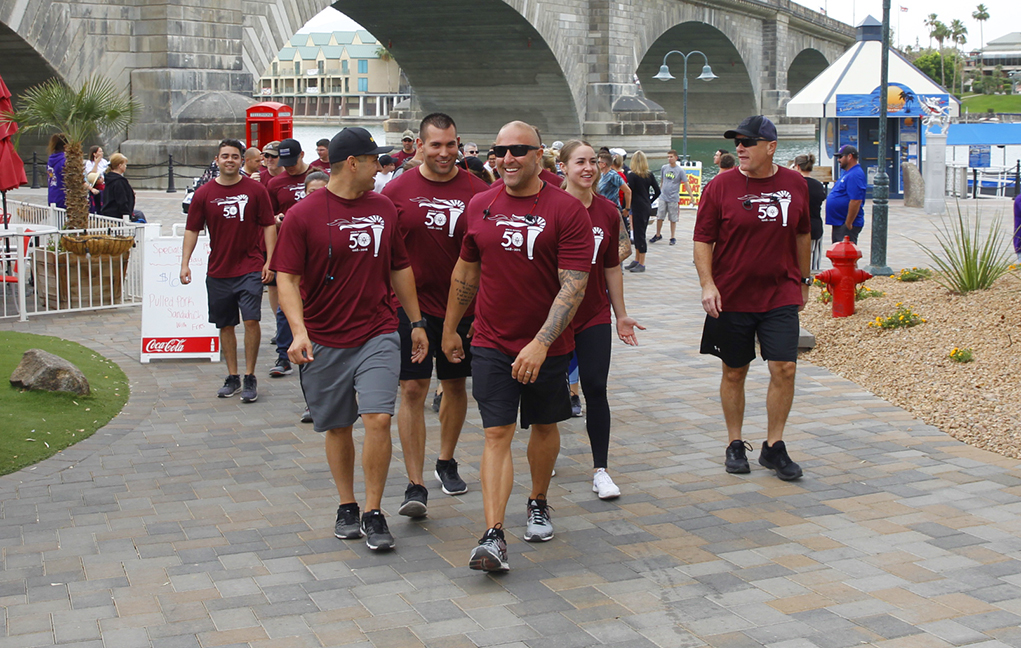