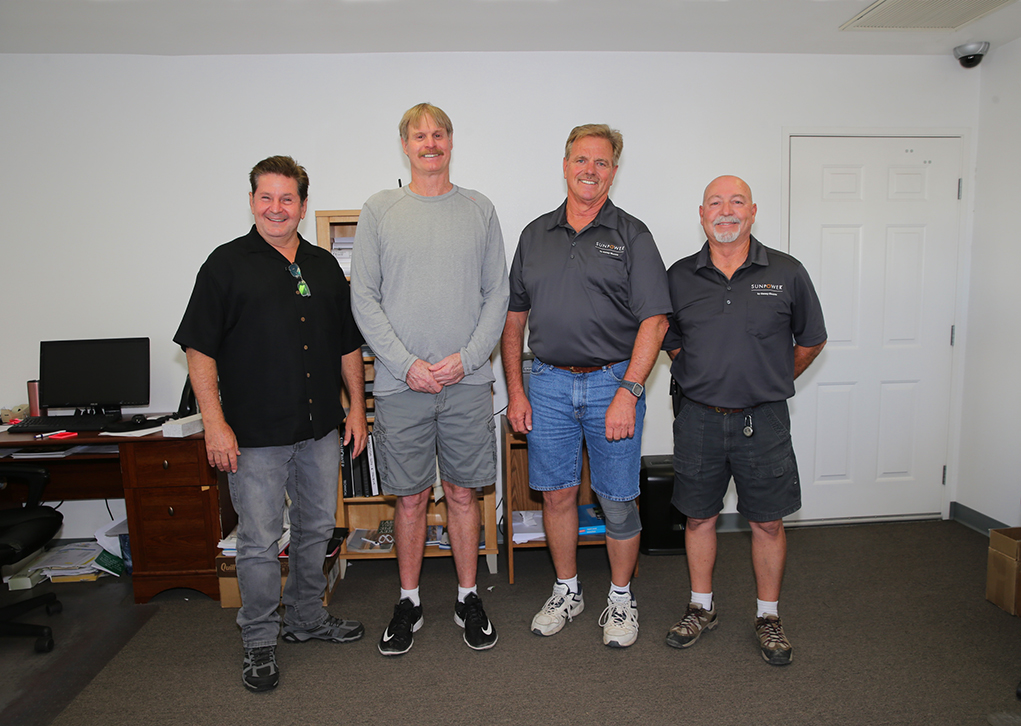 The year was 1970. Holmes, alongside fellow teammates David Ade, Breck Alvord and Greg Esmay, all of Havasu, were LHHS sophomores that year. The opposing team was the Bagdad Sultans. The Fighting Knights dominated at play and sent the Sultans home with a final score of 50-0, Holmes said. 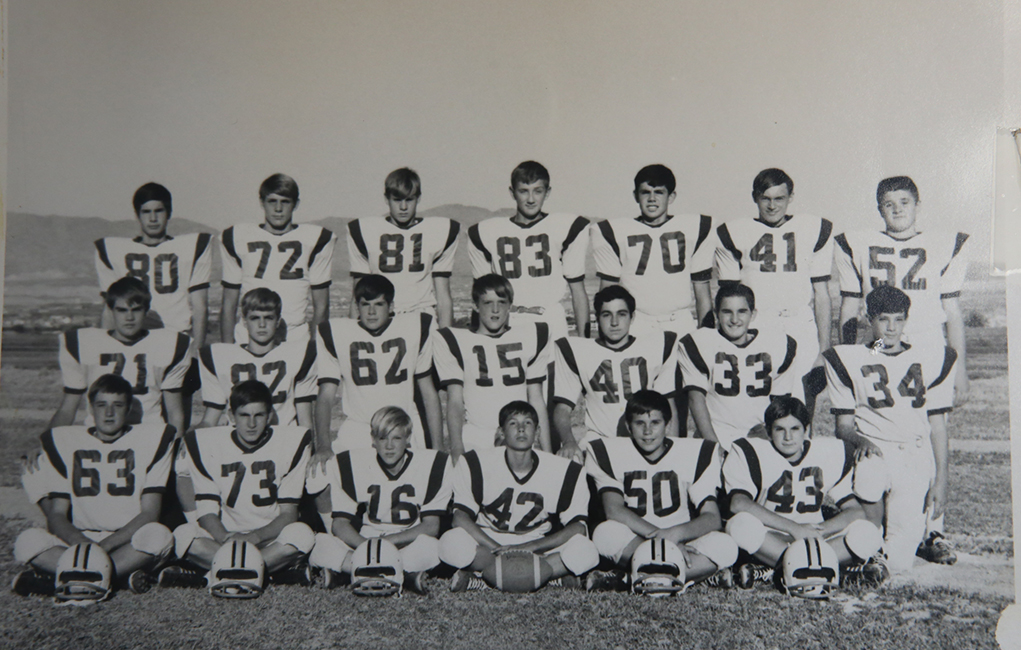 “I think it was about time,” said Alvord, LHHS 1969-1973, “We were playing on dirt and rocks. And those Bullhead stickers, those burrs, it’s like they have horns.”

The grassy area was flat and level despite a 12- or 18-inch berm every 20 feet or so that would harness water during the sod farm’s flood-irrigation measures. The berms were removed for practice and games but those voids were sandy.

“It was wide enough for a football field,” said Ade, LHHS 1969-1973. “It was sandy where berms were, it was really sandy, so you would avoid those areas. That sand was knee-deep sometimes.”

In 1969, the student athletes voted the school’s colors and mascot via a nomination process, the LHHS alumni football players said. Holmes wanted orange and black. Alvord voted for red and white.

In the end, it was purple and gold that prevailed. The team name Fighting Knights, because of the connection to the London Bridge, was nominated and voted into existence by the school’s student body of about 300 students, Holmes said.

In 1969, the freshman football team consisted of 19 players.

“As freshman, all equipment was all new,” Ade said. “The first few games we didn’t have regular jerseys because they hadn’t come in yet. We played in our practice jerseys.”

Back then, the school’s athletics were led by Head Coach Lee Barnes, the field’s namesake, and Assistant Coach Dean Neilson, the players of yesteryear said. However, their own coaches were Lee Ammeran and Howie DiBlasi.

“He was tough,” Ade said of Coach Barnes.

“I tried to hide from him,” Esmay said. “But I had him for math classes and algebra and he was a great teacher. Whatever he said just went right into my head.”

Practices in the early days were just as challenging as they are today, the players said.

“I can remember almost passing out,” Esmay said of football practice.

“Run, run and run,” Holmes said of the same. “And, salt tablets. We practiced in shorts, helmets and pads.”

The team’s efforts paid off. 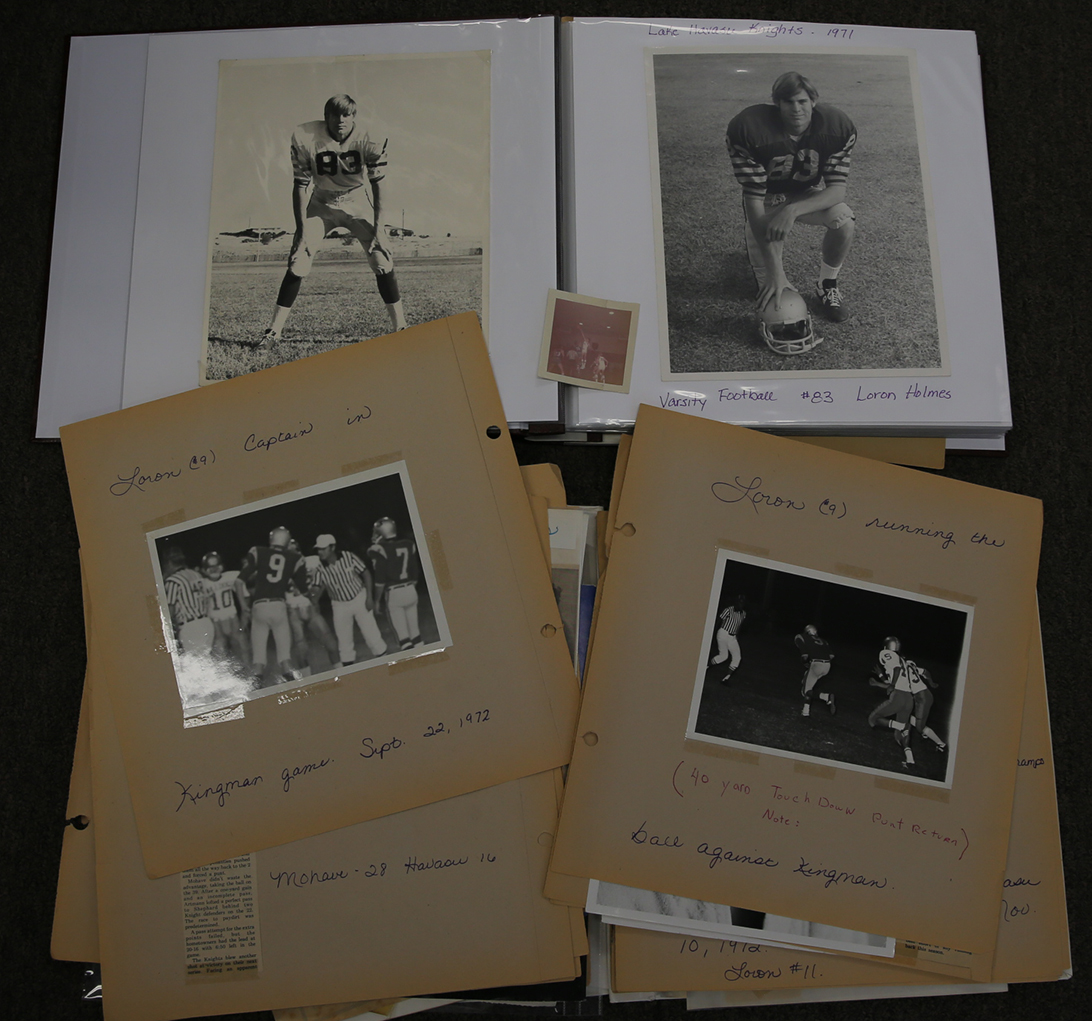 LHHS and Mohave High School, in Bullhead City, are considered twin schools. The Golden Shovel was used on the same day to break ground on both schools. The first game between the LHHS Fighting Knights and the MHS Thunderbirds was played in Bullhead because that school’s field was completed before the LHHS field, Holmes said.

“Mohave played us tough in all sports,” said Holmes, who also played basketball. “They were tough. They were our equals.”

Despite the traditional Golden Shovel rivalry between the two schools, it was Kingman who was the real rival in the past.

“The rivalry was always the Kingman Bulldogs, not the Golden Shovel game,” Alvord said. “Since then, I think the rivalry has kind of shifted. Kingman was pretty rowdy.”

With Havasu’s history with Kingman, it makes sense.

“Our older and brothers were bussed to Kingman for high school,” Esmay said. “There was no air conditioning on the bus and it took about an hour-and-a-half to get there.”

“We have history here,” Alvord said. “You’ve got to love the Lake against the mountains, it’s the best view around. That blue water always brings you back. There is a lot of good people around here.”

“There was a real cool vibe back then, it was a new city,” Holmes said.

“Breck’s mom was a P.E. teacher at the high school,” Ade said. She would pile 12 or 15 of us into her Cadillac Convertible and drive us to the Nautical and teach us how to swim and stay alive and lifeguard.”

Ade and Alvord spend their days working for Esmay, who owns Esmay Electric, in Havasu. Holmes joked and said he applied but Esmay refused to hire him to join the trio. Holmes also said he married his high school sweetheart. The couple lives in Havasu and have been married for more than 40 years.