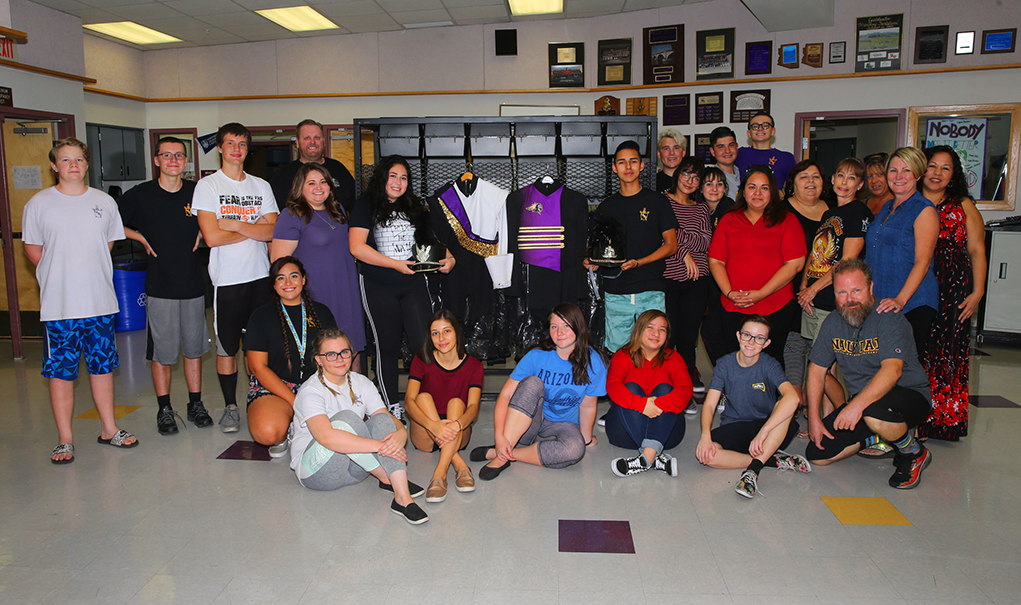 There was such joy in the Lake Havasu High School band room Monday there wasn’t one frown to be found.

The new band uniforms arrived much to the delight of every one of the folks that dons them for parades, competition and more.

LHHS band director Kimberly Schreiber was nearly as excited as the band members themselves. 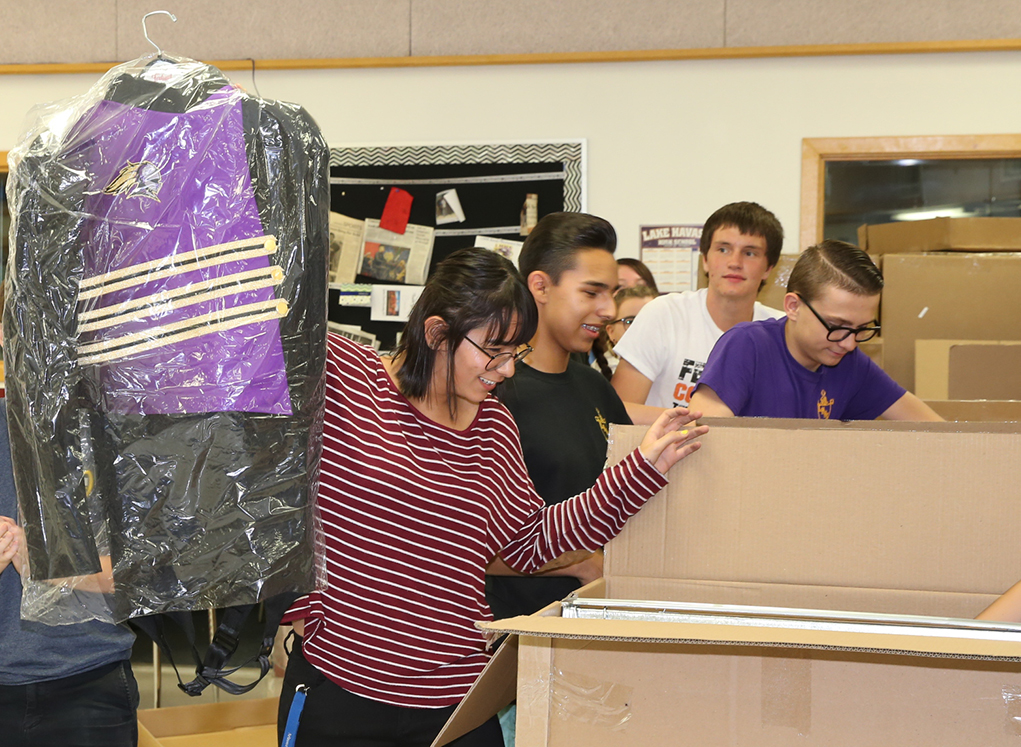 “This is the first year the band has gotten new uniforms in 21 years … it was 1997 when we got the last new uniforms,” Schreiber said.

Schreiber found out Monday afternoon that the new uniforms had arrived and notified students, parents and boosters and informed them there would be a uniform party Monday evening.

“We just wanted to get everyone together to celebrate the new uniforms,” she said.

“Last week on the first day the office staff was back on campus, the found a photo in the vault of the band kids when they got the new uniforms 21 years ago,” she said. 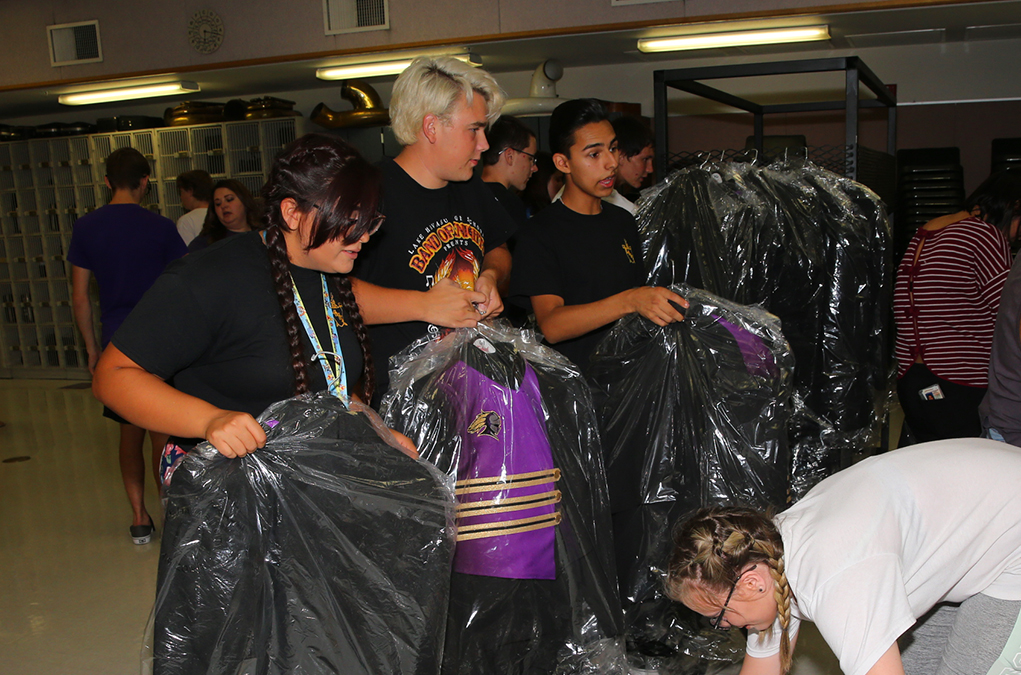 Students gather the uniforms to put on racks in the band room. Jillian Danielson/RiverScene

Schreiber wanted to express her thanks to everyone who helped make the new uniforms a reality.

“I cannot say enough about our community for the donations and support to the band program,” she said. She said the new uniforms would not have been possible without all the support they have received.

“I think these new uniforms will give the band a new face for the whole program. They are very traditional, but modern as well. It helps represent the school and gives the community a good name when we go out across the state and elsewhere. It looks good and helps the kids perform better and be proud of what they’re doing,” Schreiber said. 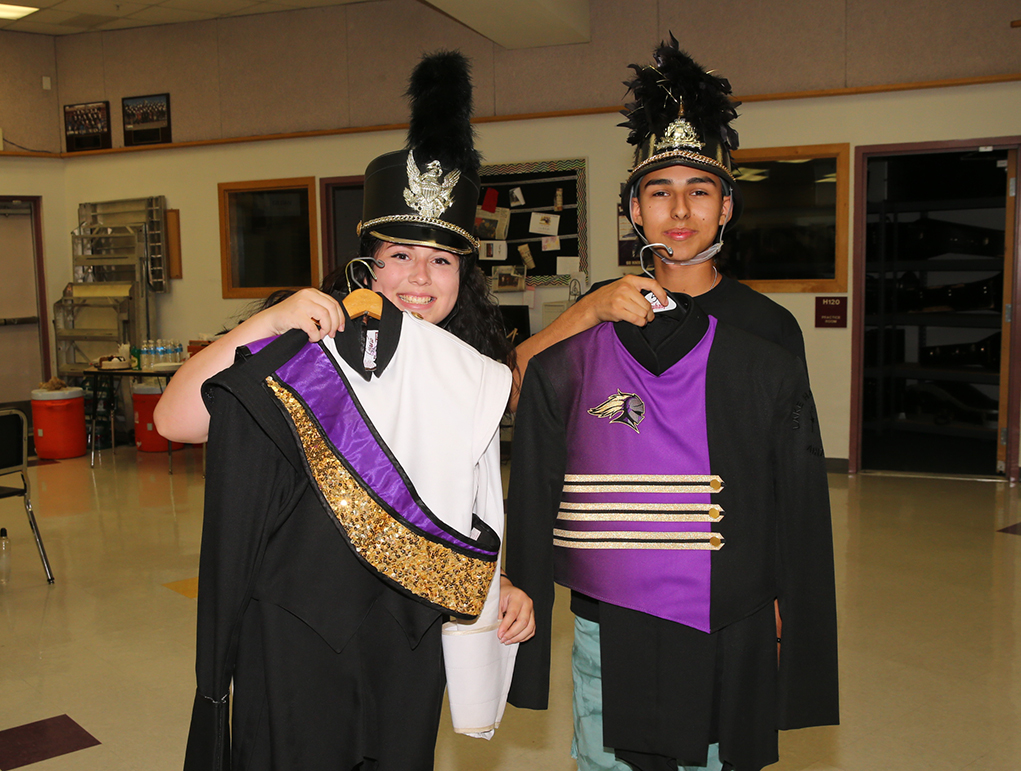