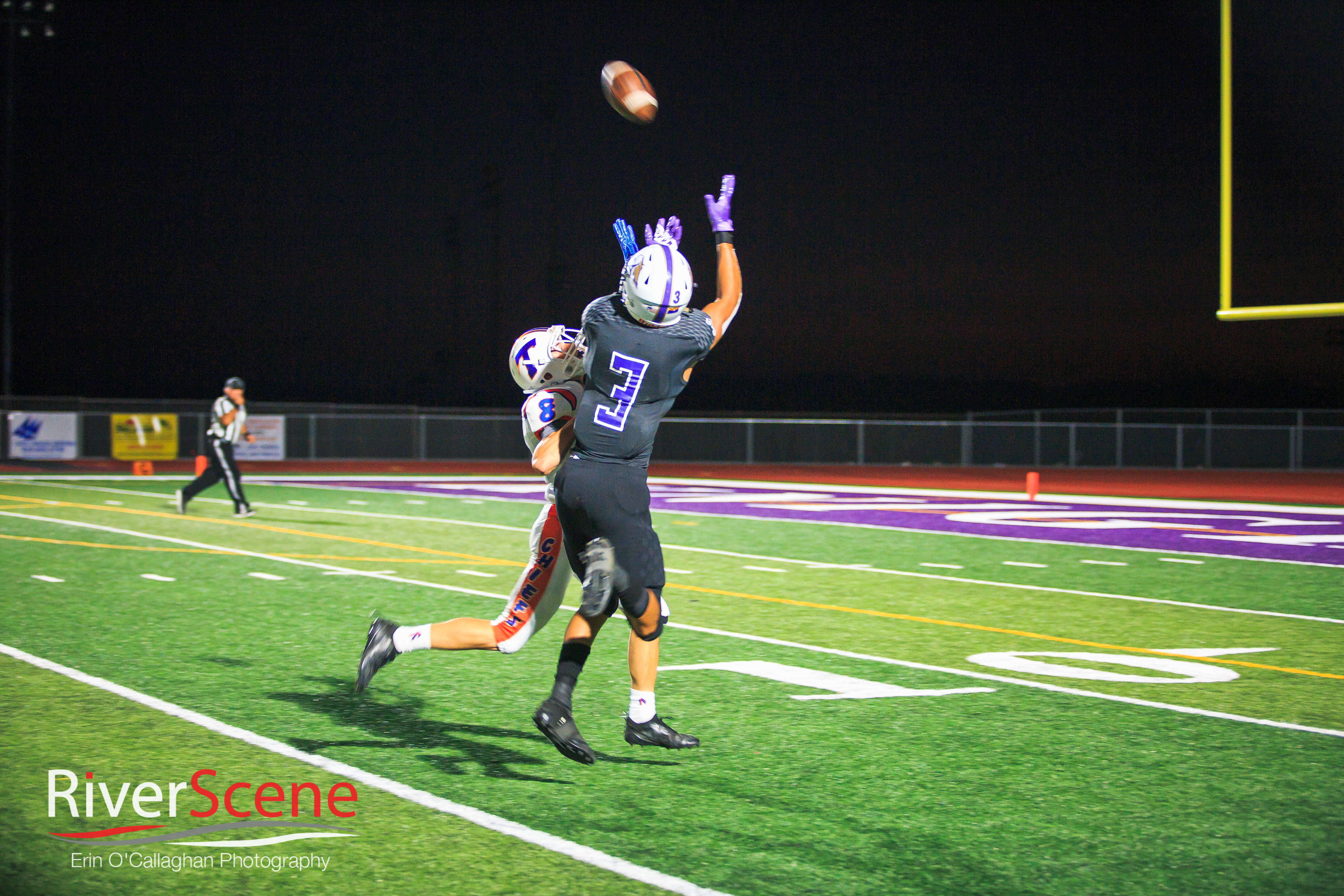 Being offered one of the largest college athletic scholarships available could be life changing.

With his family moving to Lake Havasu City at such a young age, Taylor grew up playing football locally – first with the local city league the Chiefs, then moving on to play for the Thunderbolt Thundercats. 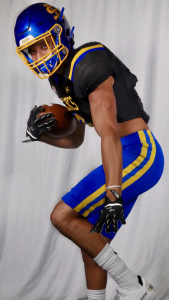 At Lake Havasu High School, Taylor played on the junior varsity squad his freshman year and then varsity for the next three years.

“Jace has been a great teammate and member of the LHHS Football Program for the past four years. His hard work and dedication is paying off now as he has received several offers. He has been one of the top receivers in our programs history and will be a great fit wherever he decides to continue his career,” said LHHS Knights football coach Karl Thompson.

Taylor was always around football. His dad had a huge impact on his football life, especially since he had played college football and went on to play for a team called the Buffalo Destroyers. 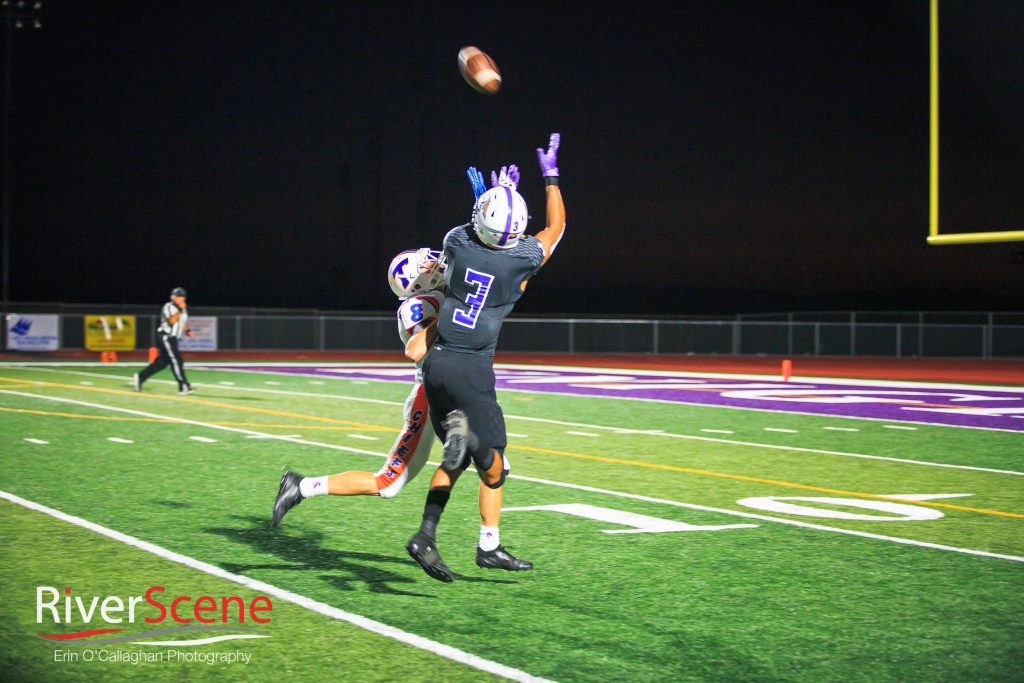 Taylor is known for playing the position of wide receiver on the Lake Havasu Knights team.

“I am excited and  feel blessed to know that my last high school game will not be my last game of football because of these opportunities, Taylor said.”

Taylor has decided to major in one of the two degree at college – either physical therapy or sports management. He still plans to graduate college no matter what happens with his football career.

“If I wasn’t participating in football, I would still be involved somehow with sports, if that meant being an athletic director, physical therapist or as a manager,” Taylor said. 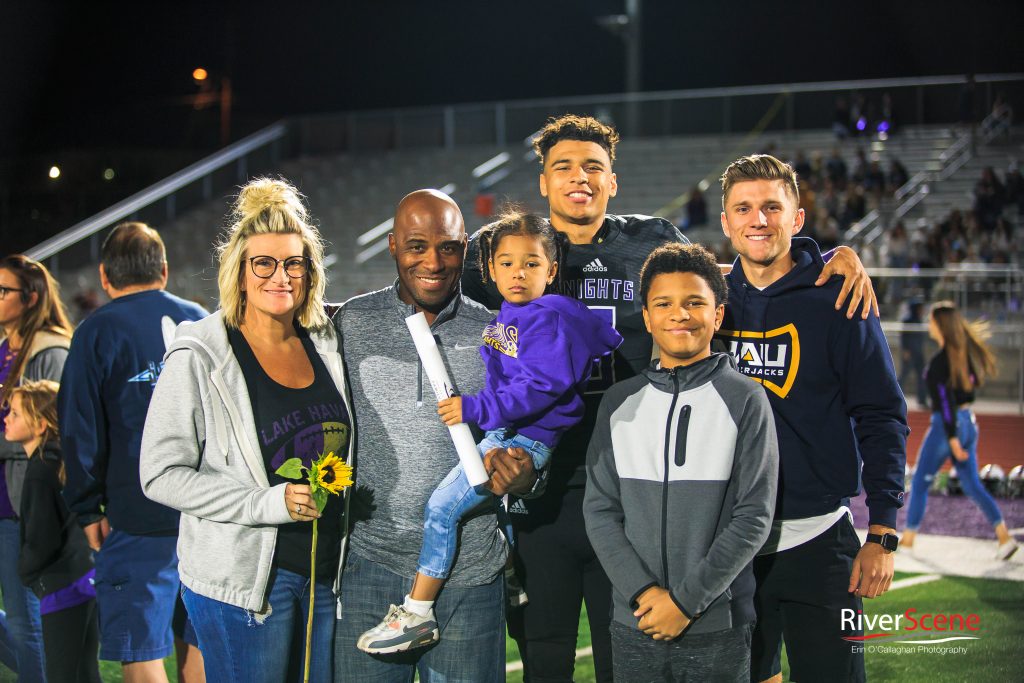 Jace Taylor and his family pose for a photo on Senior Night. Erin O’Callaghan/RiverScene

Taylor said he looks up to his parents because they have supported and pushed him to stay motivated. He thanked his dad for the sports aspect of his life growing up, and to his mom for the strategic side to help calm everything in the times of crazy.

“To say I’m proud of my son would be an understatement! His ability to balance not only his love for football but also his love for his faith and family makes us beyond proud. We have always instilled in him to be humble and respectful and he has continued to exhibit these traits through his success,” said his mom Audra Taylor.

Over the summer, Taylor spent a lot of time training and working out with his coaches from Feeling Good Fitness, Sean Michaels and his crew. He said they have all helped push him to the next level to gain weight and muscle and his overall game play. 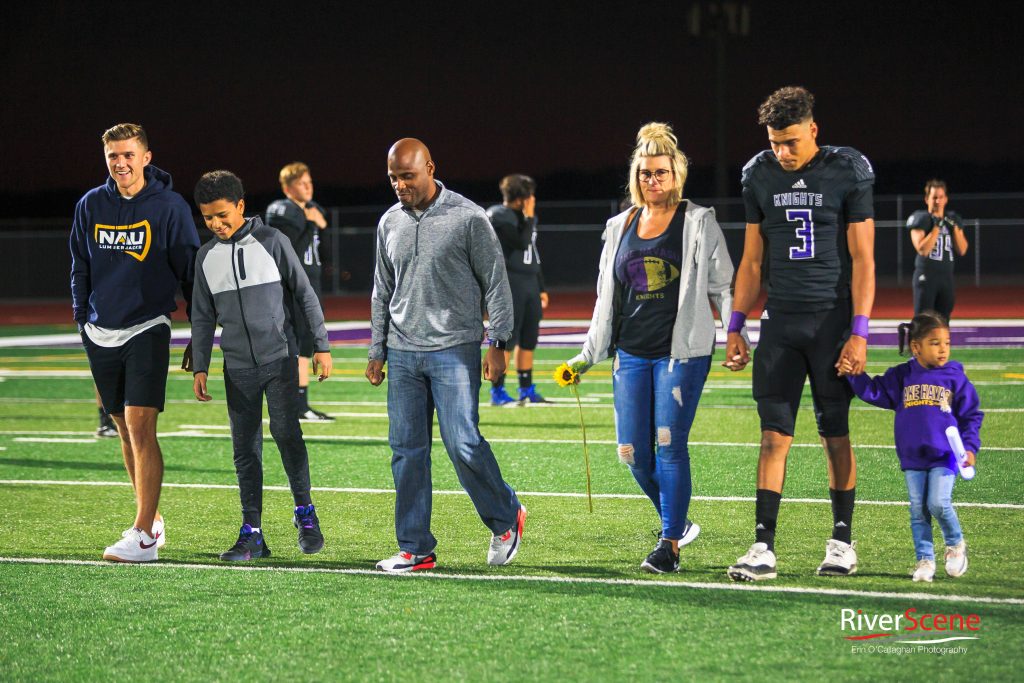