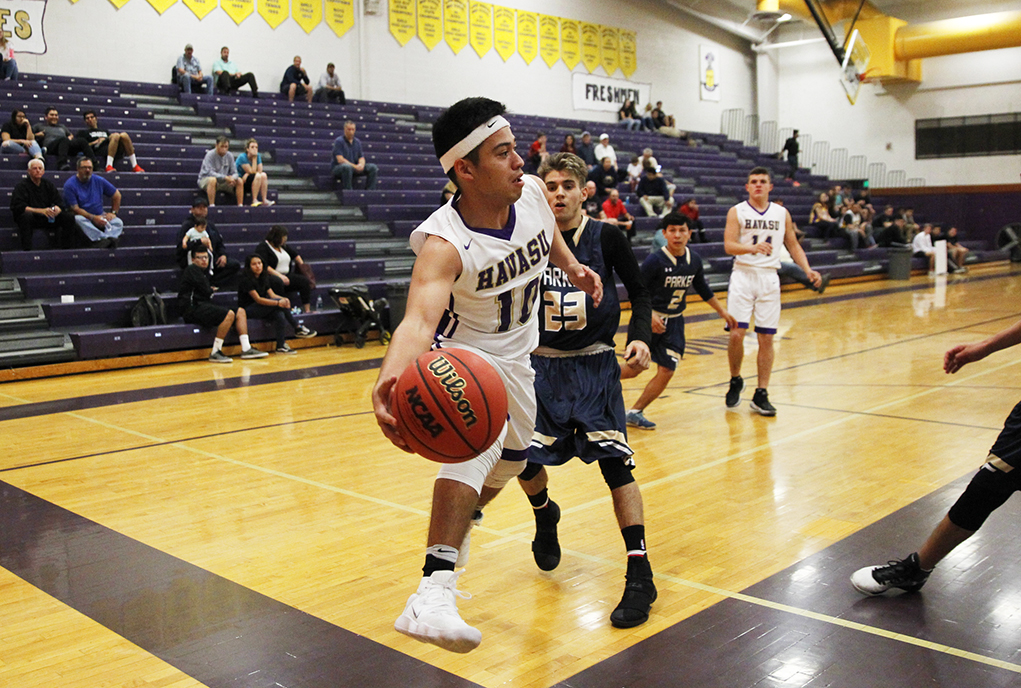 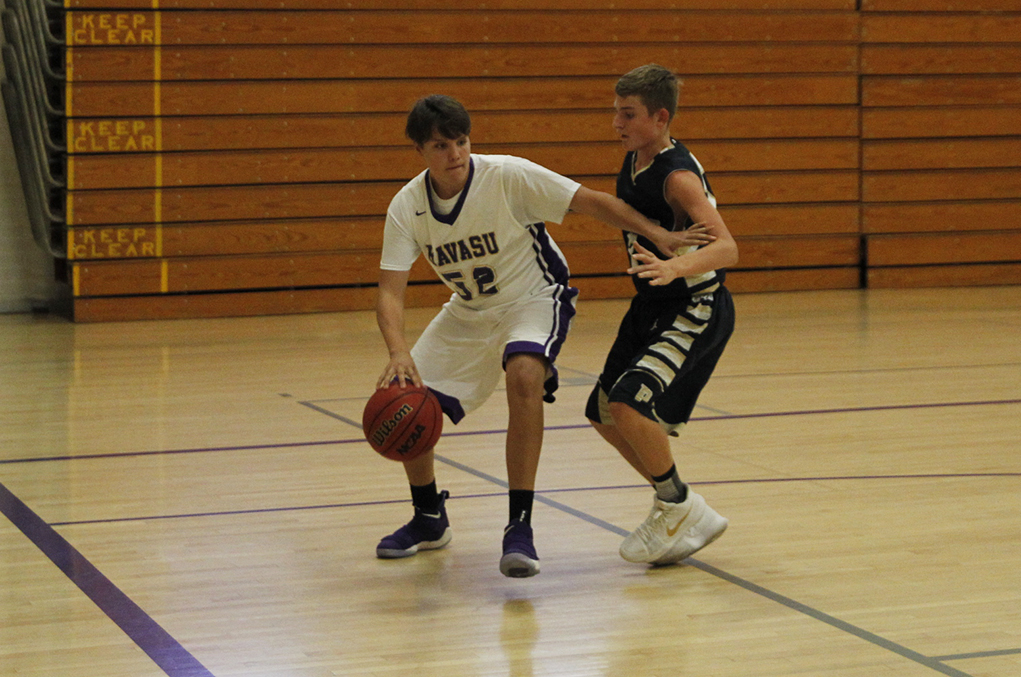 During the freshman team’s game, strong efforts were made to move the ball and get to the basket as effectively as possible; however, Parker’s defense was there to stifle efforts made by the Knights’ offense. Several efforts were made by players across the board to prevent Parker from scoring, yet the Knights were unable to keep up with the quickness of the Broncs.

Even though the freshman  took a loss Monday night, they will most certainly take this as a lesson and learn how to improve from it in their next matchup. 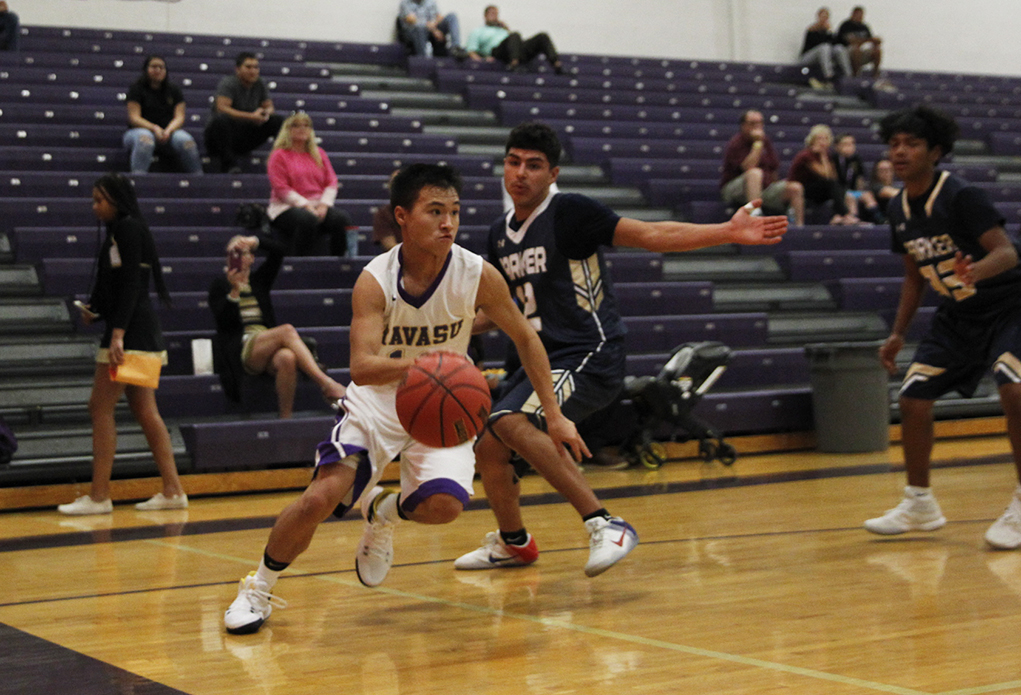 JV player #12 Kaden Lin brushes past the defense to get to the basket. Jillian Danielson/RiverScene

For the JV, defense was a key point of emphasis in order to stay ahead of Parker, as the team’s offensive end is there, it just appears to require more time to build chemistry between players. Throughout the game, multiple blocks had been made across the board by players  forward No. 52 Pablo Torres and guard No. 12 Kaden Lin.

Luckily for the Knights, the JV defense by Parker wasn’t an issue, allowing the Knights to better tweak their offense as the game progressed, ultimately resulting in the win.

Wrapping up with the varsity, the team was on fire during the game, bringing the crowd to its feet on multiple occasions. The only minor flaw the varsity team faced was a couple of hard fouls, but other than that, the team was an insurmountable force for the Broncs. 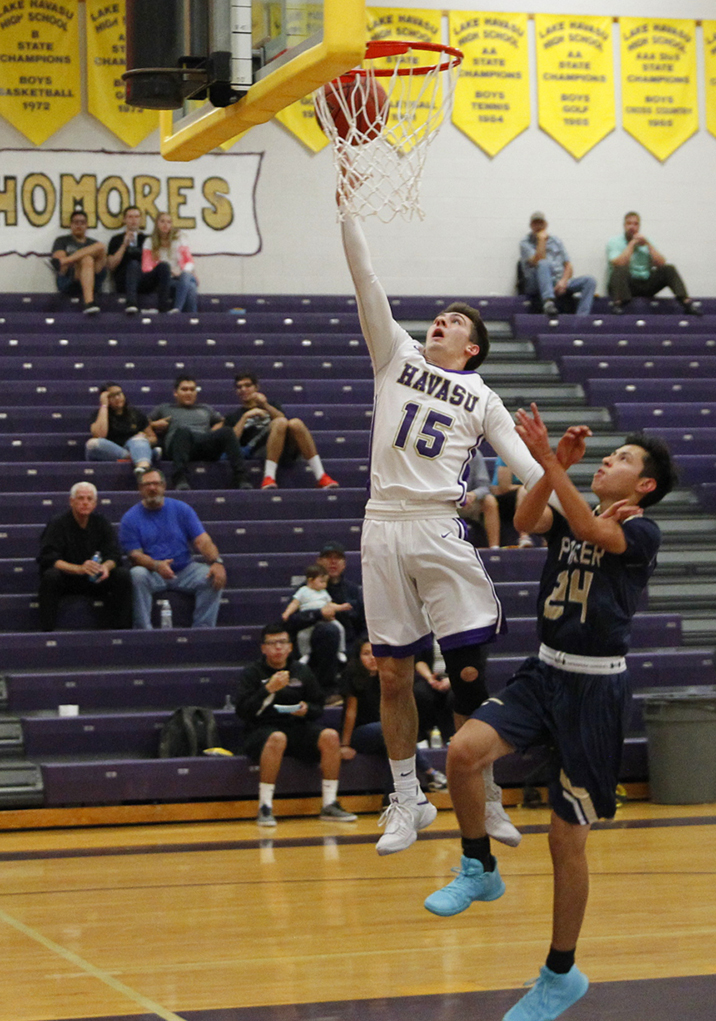 For the Knights,  No. 15 Ryan Hopp’s ball handling skills as a guard opened up the court allowing for his teammates to effectively break down Parker’s defense and score. Also for the Knights, guard Devin Alirez (No. 2) and forward Cole Wade (No. 14) played well, grabbing rebounds and scoring easy points to help ensure victory for the team. Not to mention, No. 21 Steven Kornowski (forward) and No. 23 Andrew Ortega (forward) look to be key pieces as well, as they had come up in times of importance on the defensive end preventing opponents from driving in the lane.

It looks like Fighting Knights basketball has made it back to Havasu and will be giving fans a season to remember. The Knights play again today away from home against Kingman Academy, starting with the freshman playing at 4 p.m. 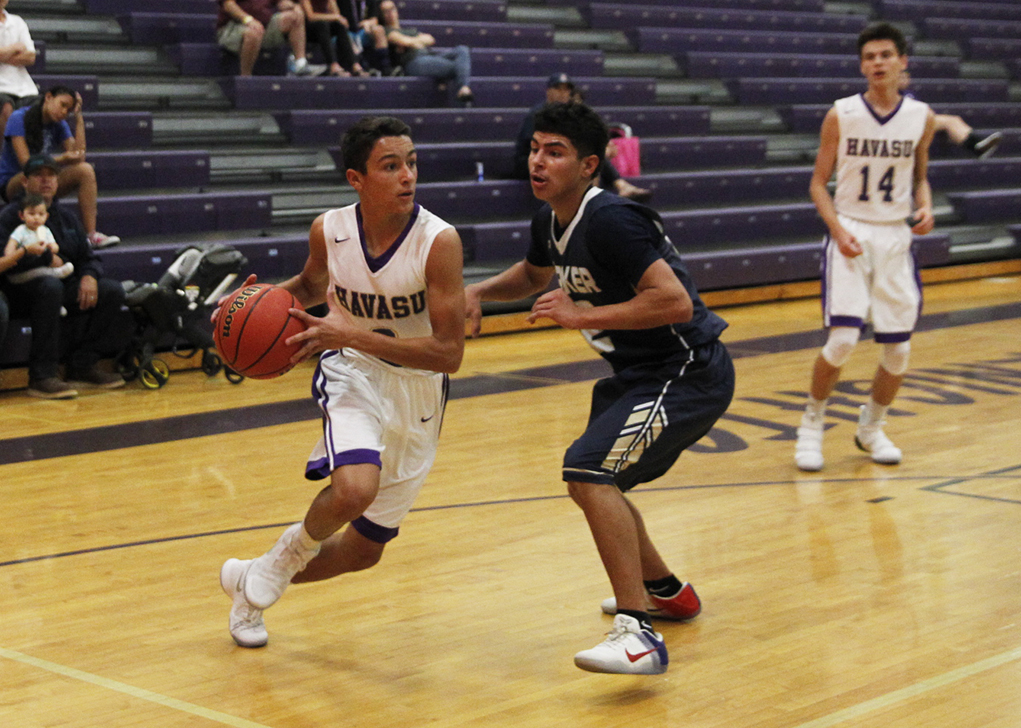 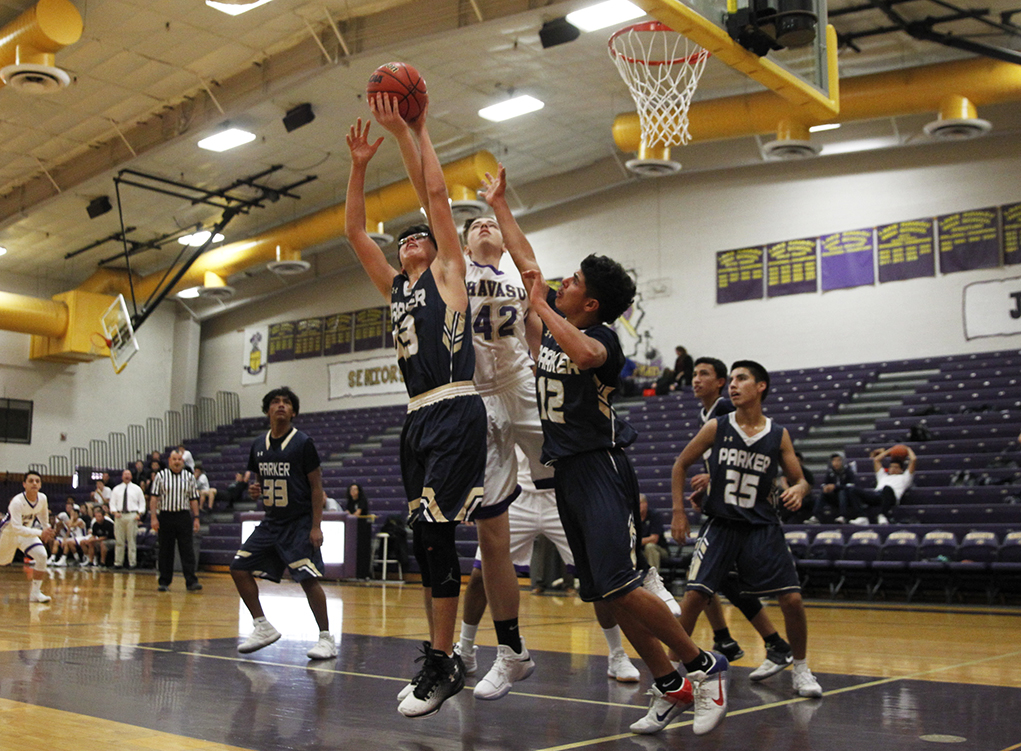 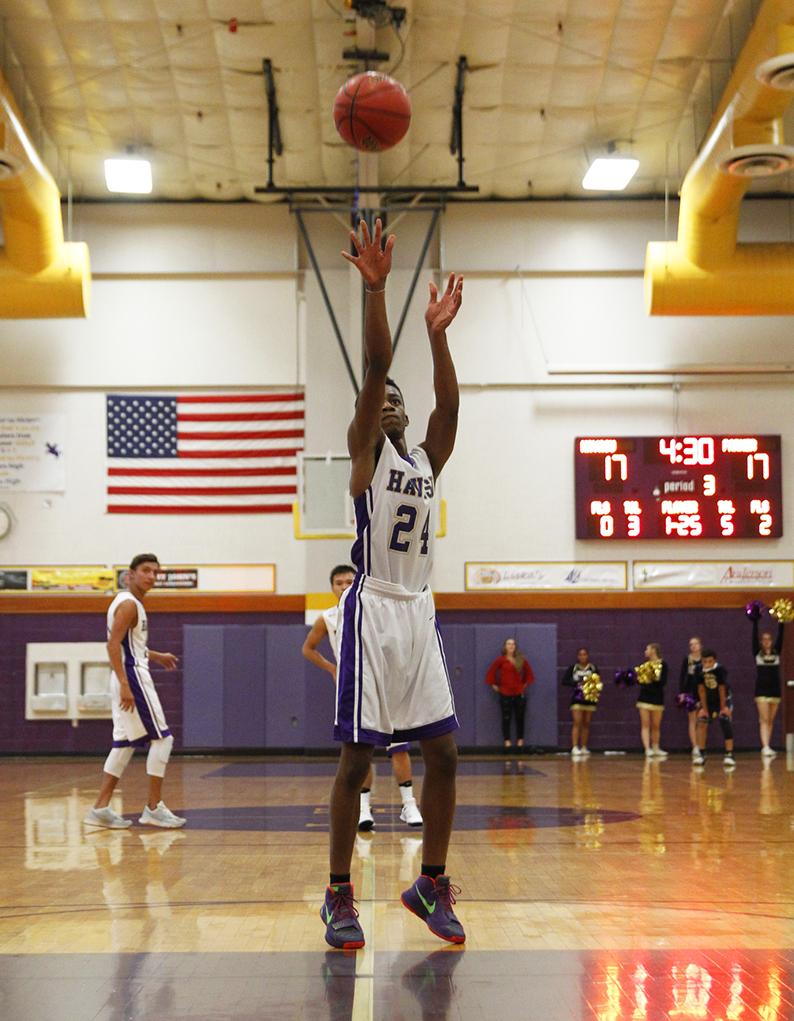 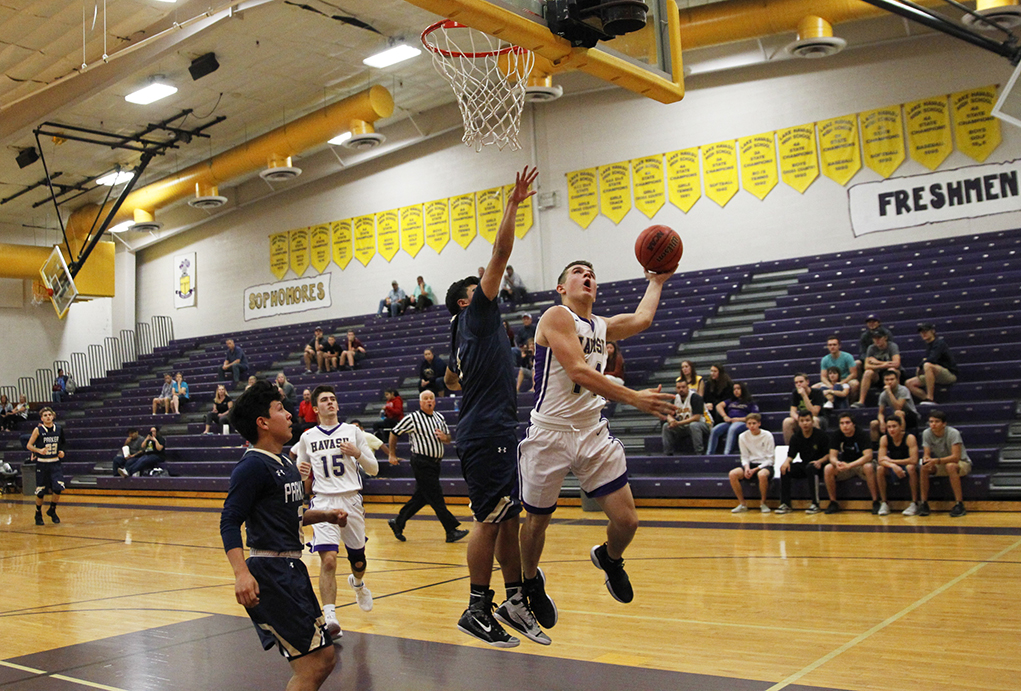