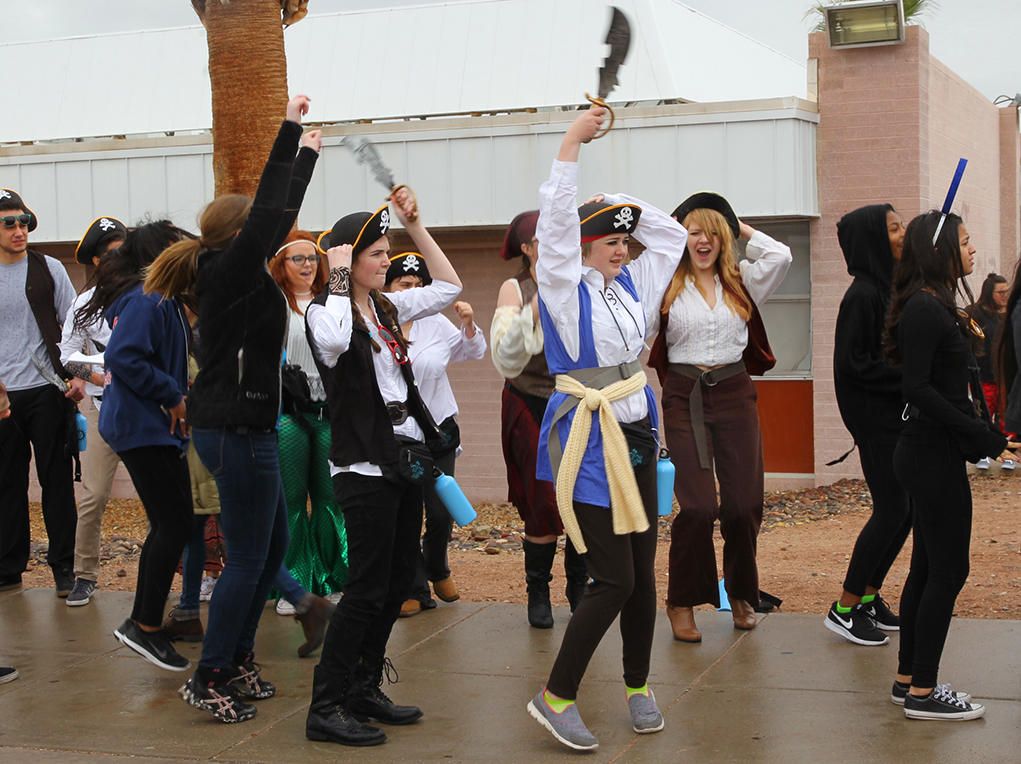 Lake Havasu High School hosted 2,000 students from throughout the state Thursday through Saturday at the annual Arizona Association of Student Councils convention. 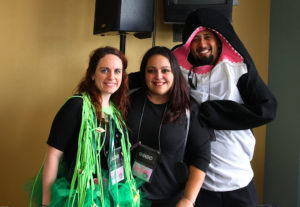 Student advisers dress up for the activities Friday. Jillian Danielson/RiverScene

“Splash Into Leadership” was the theme for the event attended by Arizona high school student council members.

“Over the past three days, LHHS student council, students, staff and the community came together to make magic happen. We were able to share our gem of a city with thousands of young people from across the state,” LHHS assistant principal Jaime Festa-Daigle said.

“Our students learned the meaning of leadership and teamwork in taking this project on. These skills will help them in their future. I am truly proud as we all should be to be a LHHS Knight,” she said. 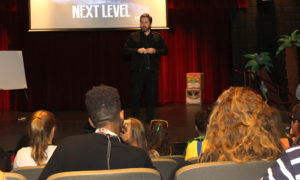 The students attended workshops presented by guest speakers who talked about leadership and the future. Festa-Daigle said one of the favorite break-out sessions was presented by local Dustin Runyon.

A dance at London Bridge Resort was one of the highlights of the conference.

The adult student council advisers conducted a workshop of their own and listened to guest speakers. 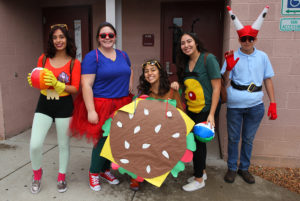 Students dress in Spongebob characters during the AASC. Jillian Danielson/RiverScene

In keeping with the theme, students dressed in groups of beach- and sea-themed costumes like lifeguards, Spongebob characters, jelly fish, hula dancers and sea creatures.

Students from local elementary schools including Smoketree and
Starline, made decorations for the Performing Arts Center to create an underwater environment.
Zoe Festa-Woods, the outgoing Arizona Association of Student Councils State President as well as the Lake Havasu High School State Convention Chair, said, “This weekend was nothing short of life changing. Being that I, along with the rest of my council, planned and executed this event, we were able to sit back and watch the magic happen 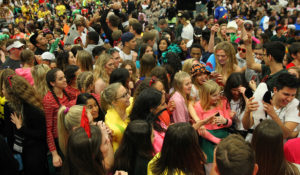 “I watched students from all over the state connect with students from other places and have an opportunity to network that they couldn’t get anywhere else. As far as the event being in Havasu goes, it brought in over half a million dollars in revenue and I’ve heard nothing but great things from the community. Everyone believes this was the best convention AASC has seen in a number of years and it’s thanks to our wonderful high school and community,” she said.

Other groups that helped plan and prepare for the convention included Key Club, National Honor Society and LHHS cheerleaders. 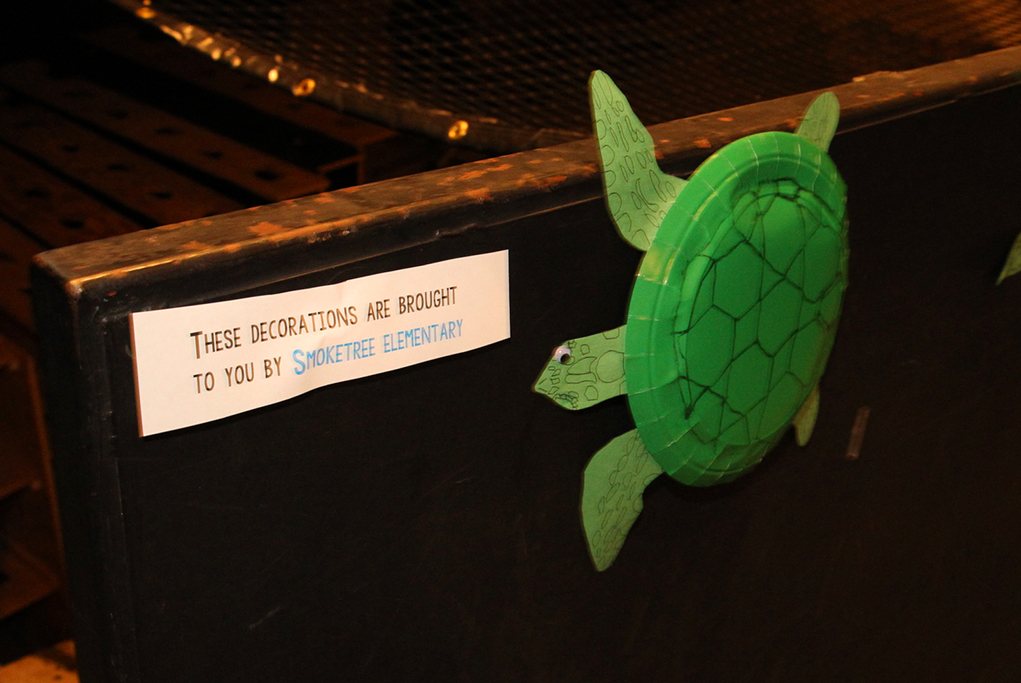 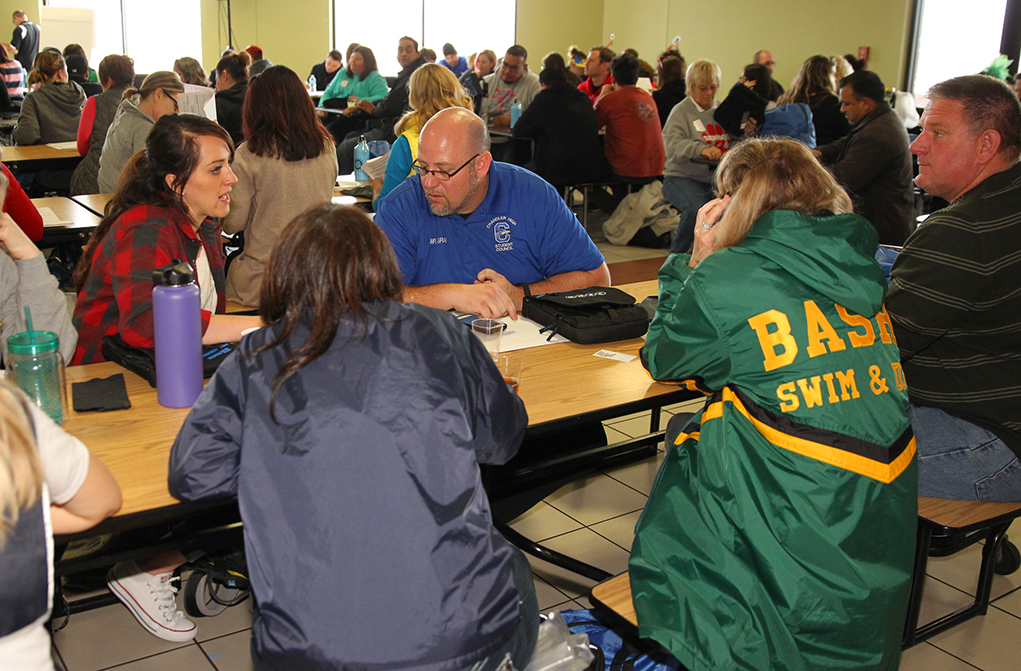 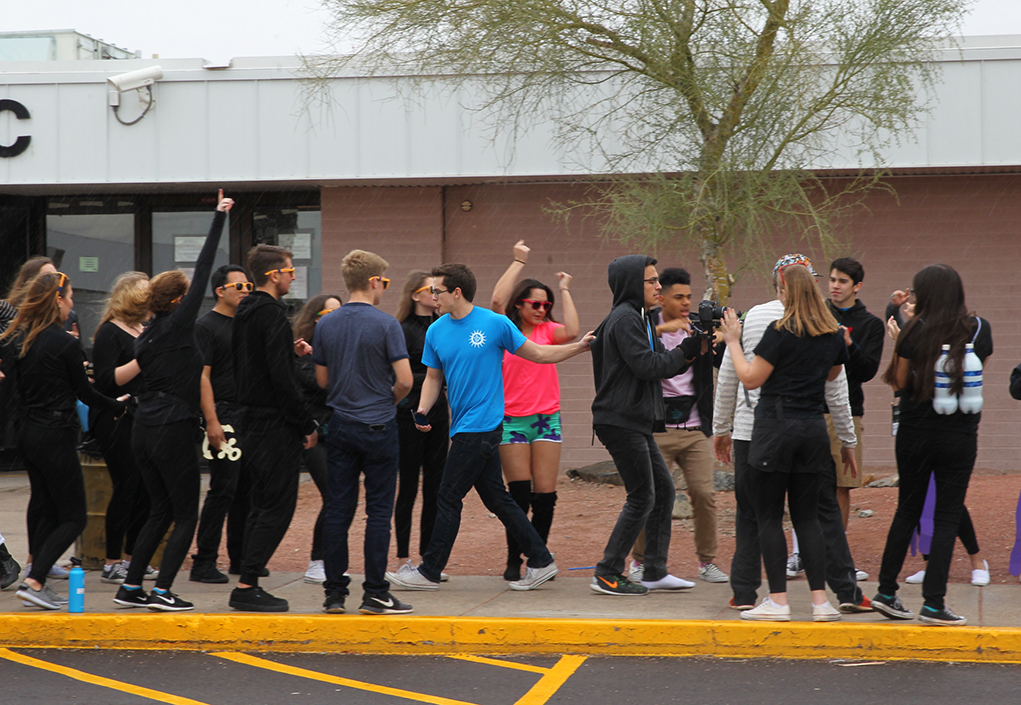 Students dance while filming a lip dub Friday in the rain. Jillian Danielson/RiverScene 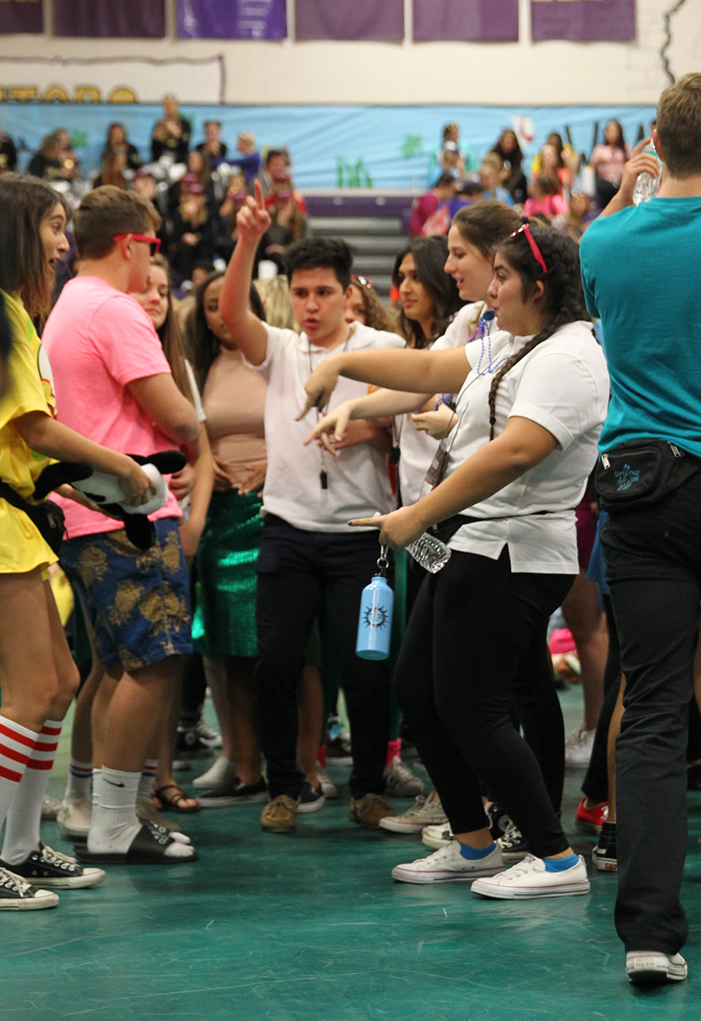