LHUSD Names Top Teacher, Rookie And Staffer Of The Year 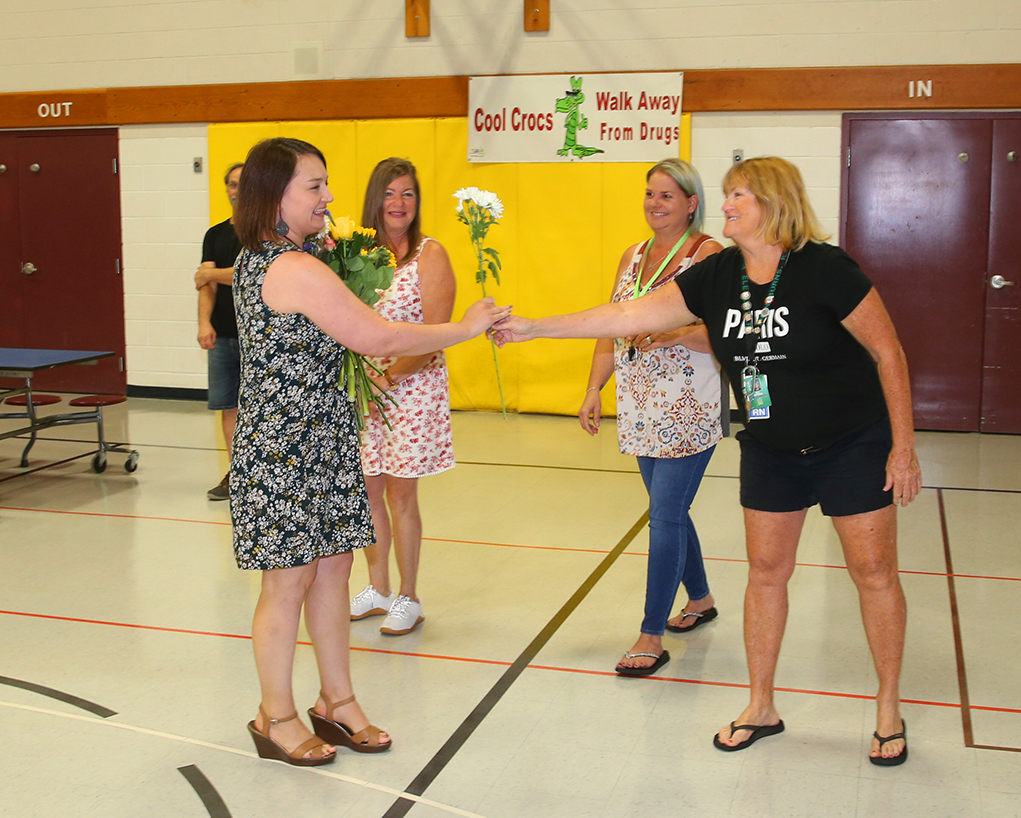 Andrea Montes was named District Teacher of the Year.

Montes is a special education teacher who has worked at Jamaica Elementary School for 14 years. 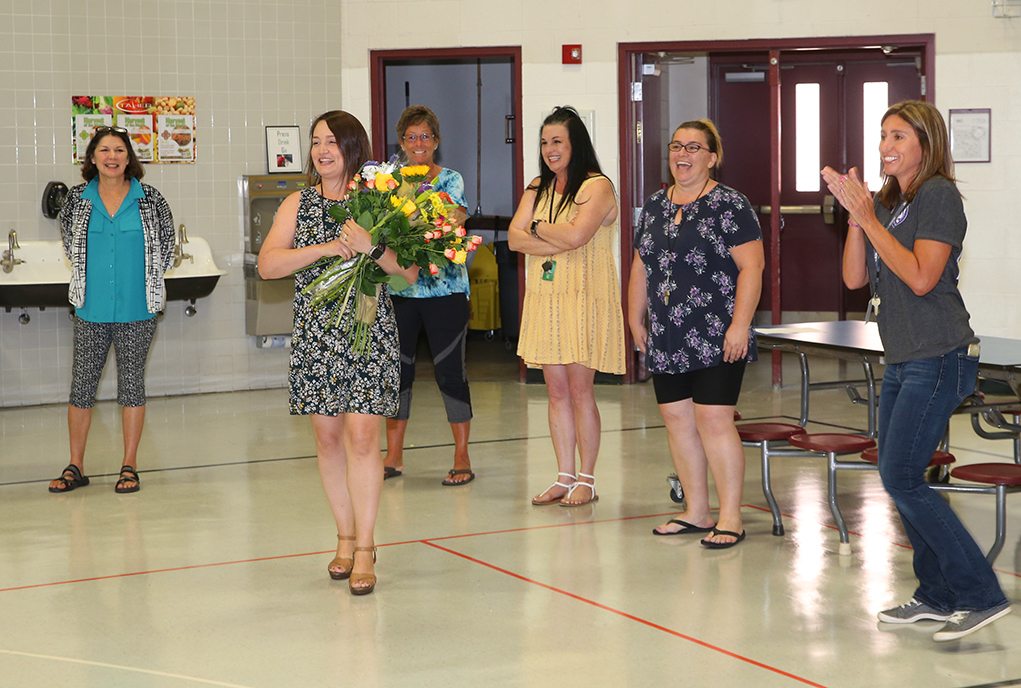 Andrea Montes accpets flowers from Jamaica Elementary School staff after it was announced Montes is Teacher of the Year. Jillian Danielson/RiverScene

Festa-Daigle said, “Andrea’s effectiveness as an educator comes from her belief that a teacher must always be a learner. She has challenged herself each year to learn something new and add it to her repertoire of teaching. She thinks about each of her students as individuals and uses what she knows about each of them to support them in learning. She holds high expectations for her students and lets them know that every one of them is capable of learning.”

“This feels really overwhelming. I’m humbled by the recognition. But I love what I do so it’s easy for me to put my heart into it,” Montes said.

Jamaica principal Andrea Helart said, “Mrs. Montes  is a teacher who truly has dedicated herself to our Jamaica team over the course of the last 14 years. She is a teacher who always prioritizes the needs of her students both academically as well as socially and emotionally every day. She provides a key role for our team as our Student Intervention Coordinator as well as our Social Education lead, assisting our teachers along with our SIT team in helping identify ways to serve students who have a higher level of need.”

The Staff Member of the Year is Danny Morgan. 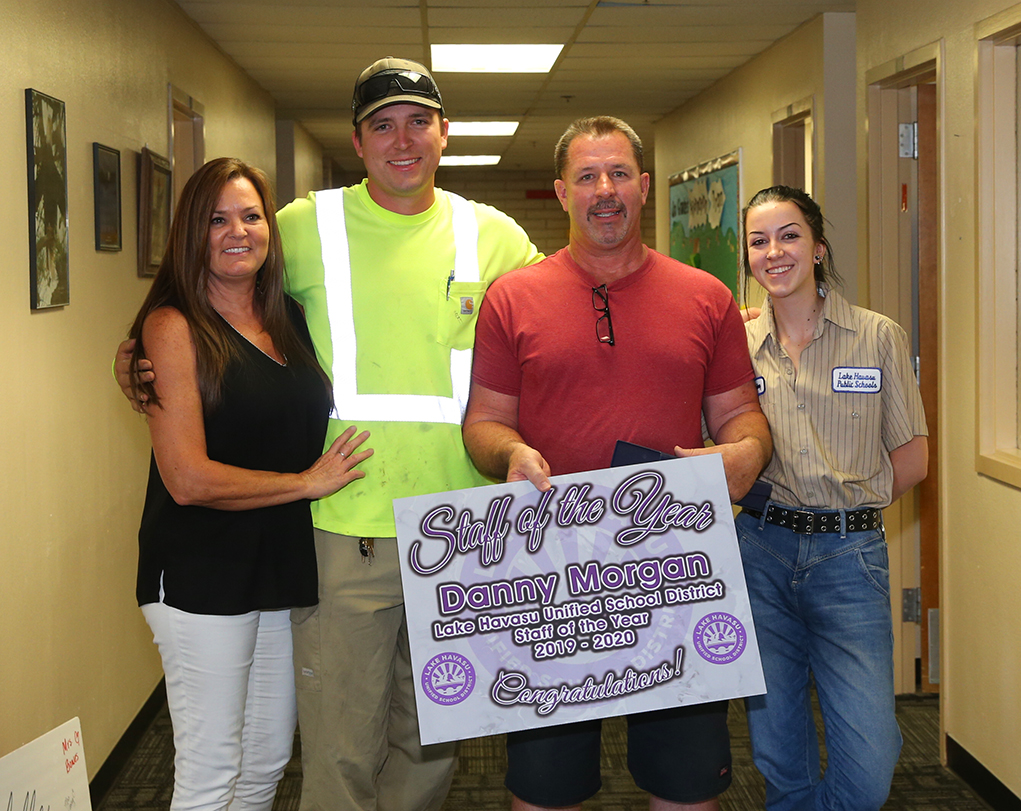 Danny Morgan poses for a photo after it was announced he is Staff of the Year. Jillian Danielson/RiverScene

Morgan has been with the district since June 2014 and has spent all his years at Oro Grande Classical Academy. He has more than 20 years of construction expertise.

“Danny is supportive in all capacities. Be it classroom needs to ensure students have the best opportunity to learn (fixing the broken desk, chair, heat, air, or dripping noise in the ceiling), he is also on call 24-7 to provide insight or support where needed (after school programs, weekend events). He is always there to provide a hand when setting up or taking down evening programs such as Dr. Seuss night, winter programs, or sixth-grade graduation,” Festa-Daigle said.

Megan Meraz was named Rookie of the Year.

She is an undergraduate of Cal State Hayward and has a master’s degree in Secondary English Education from Grand Canyon University. 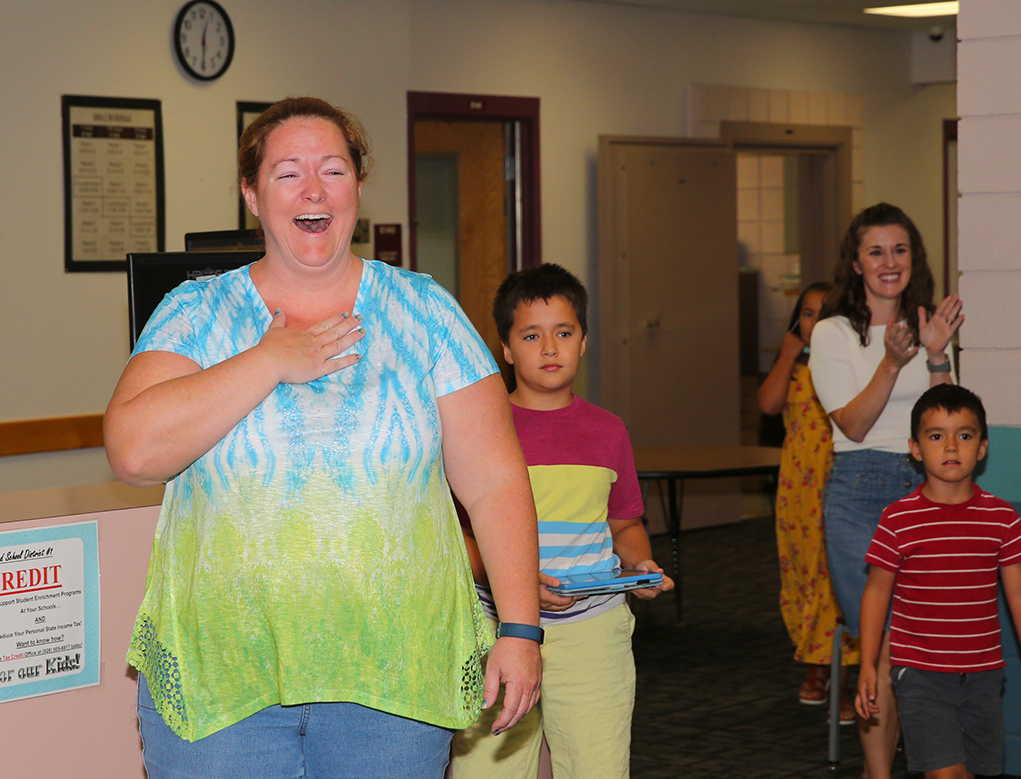 Megan Meraz reacts after it was announced she is Rookie of the Year. Jillian Danielson/RiverScene

Meraz is a teacher at Thunderbolt Middle School.

“Megan works purposefully with her grade level team to plan. Team planning is the norm on this campus and even though she is new, Megan not only listens and accepts support, she also contributes ideas and follow-through to support her team,” Festa-Daigle said.

The teacher awards ceremony is usually hosted by the Lake Havasu Area Chamber of Commerce and the organization provided the glass awards this year. It is the third year for the awards. 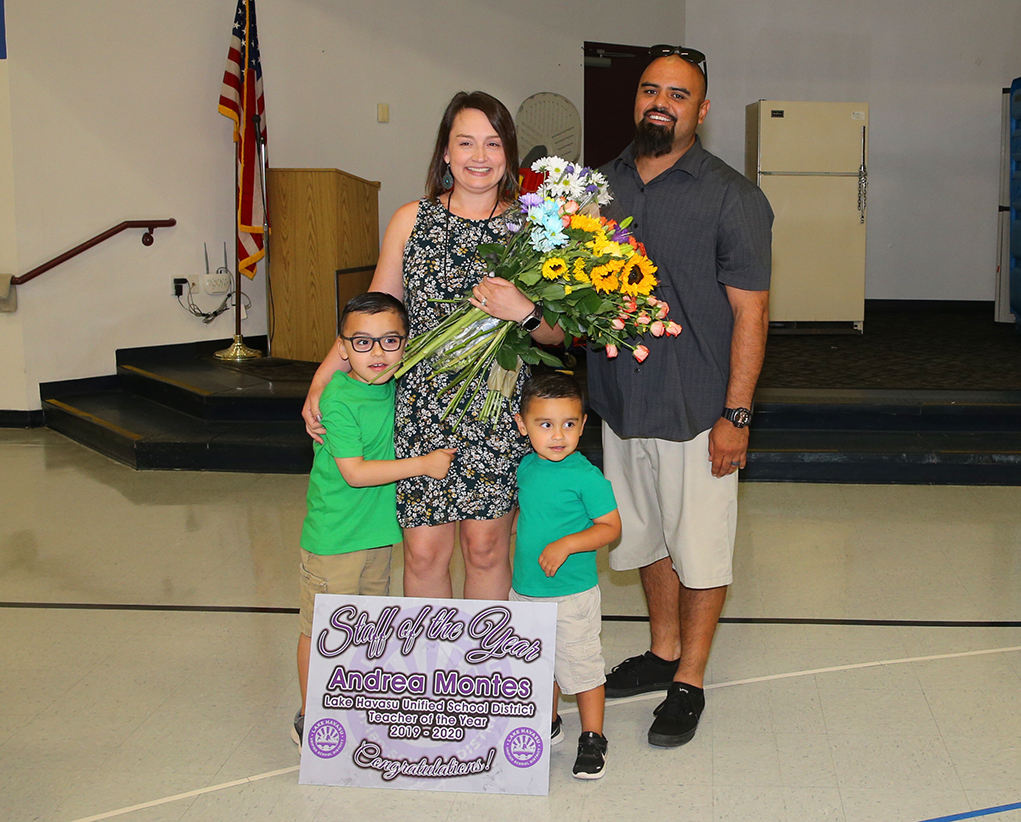 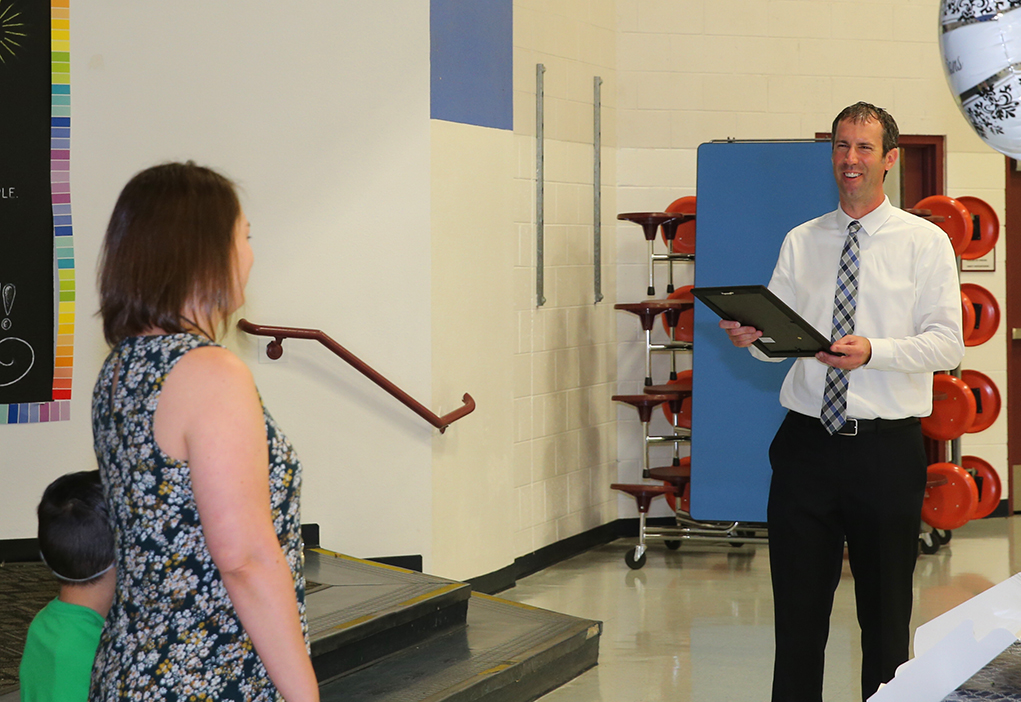 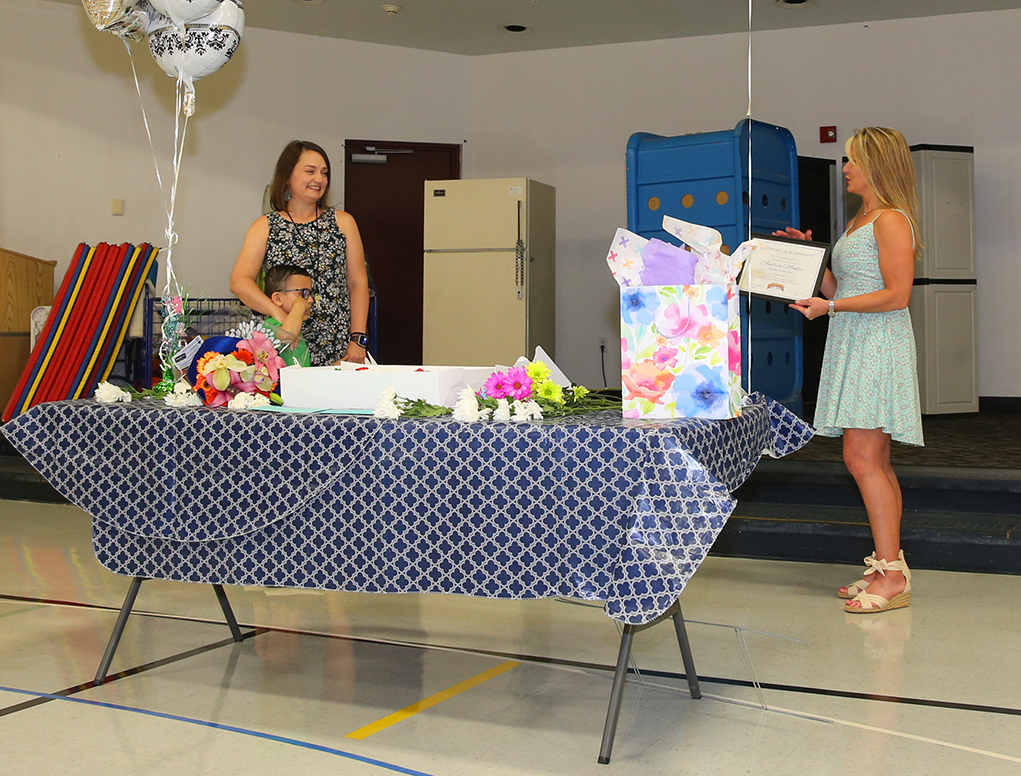 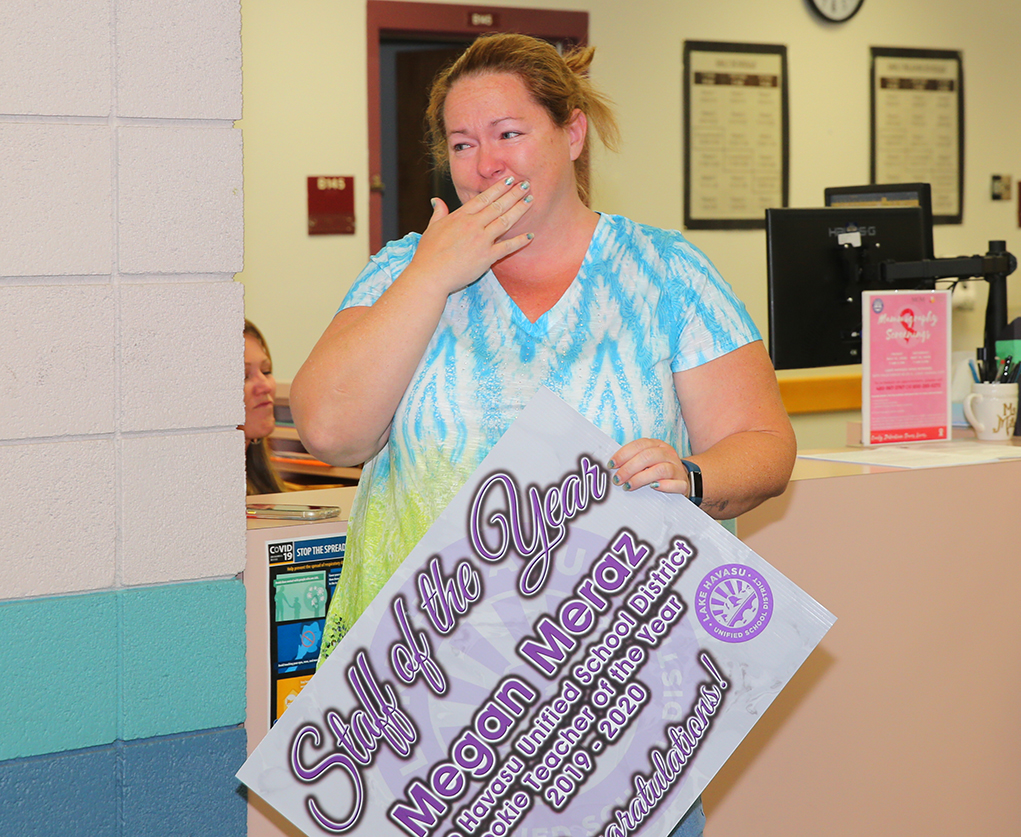 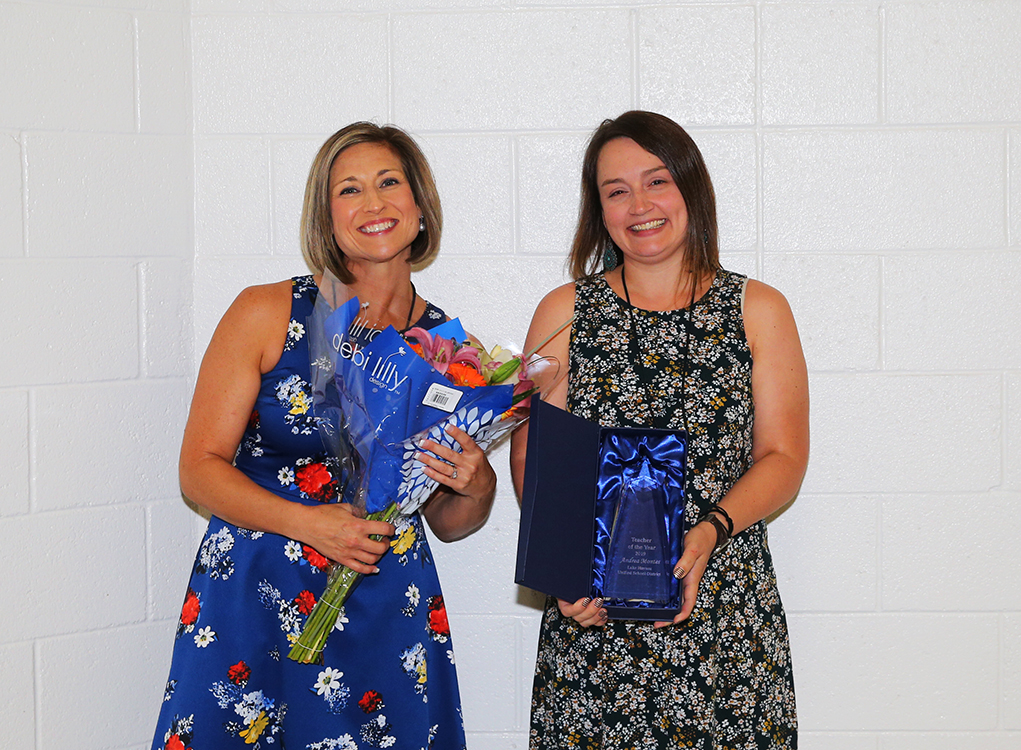 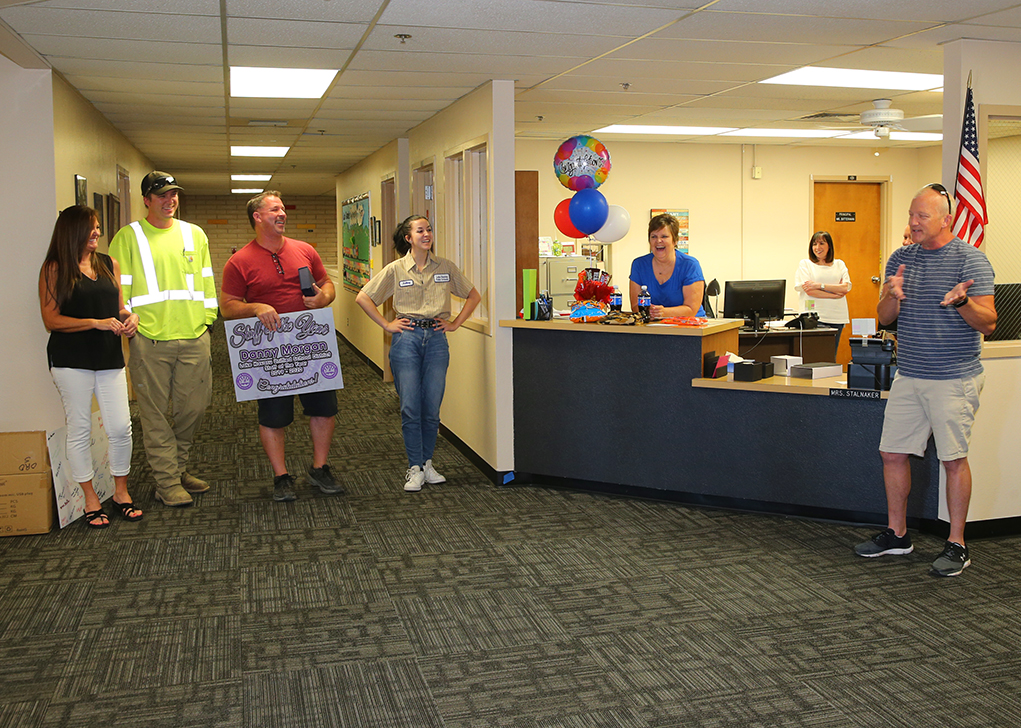 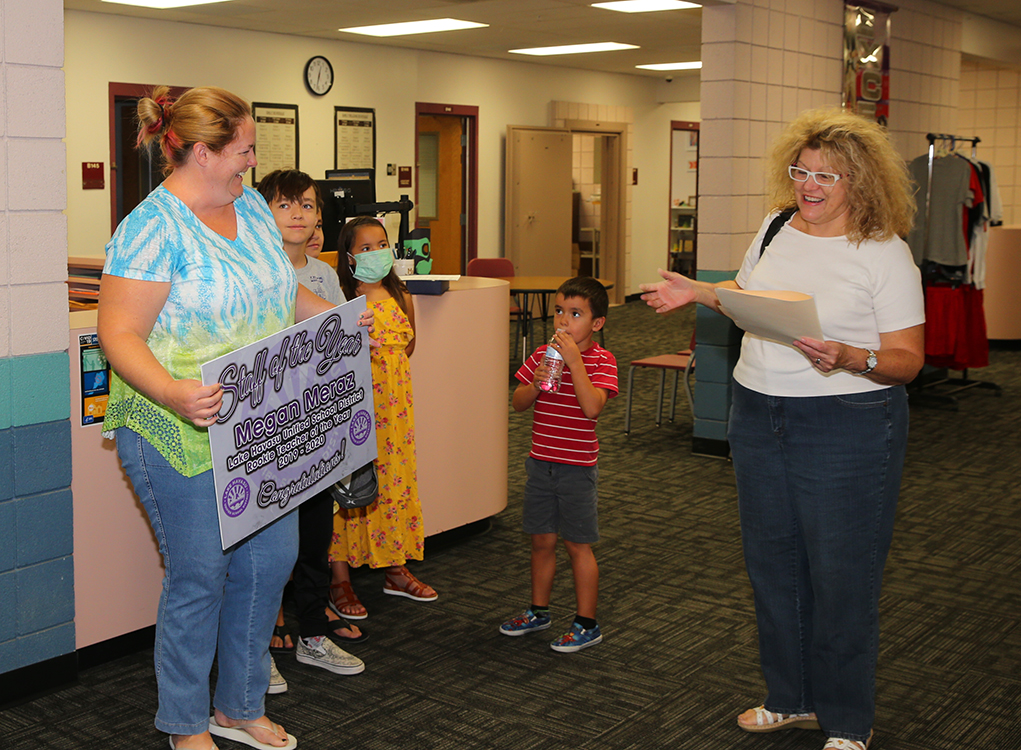 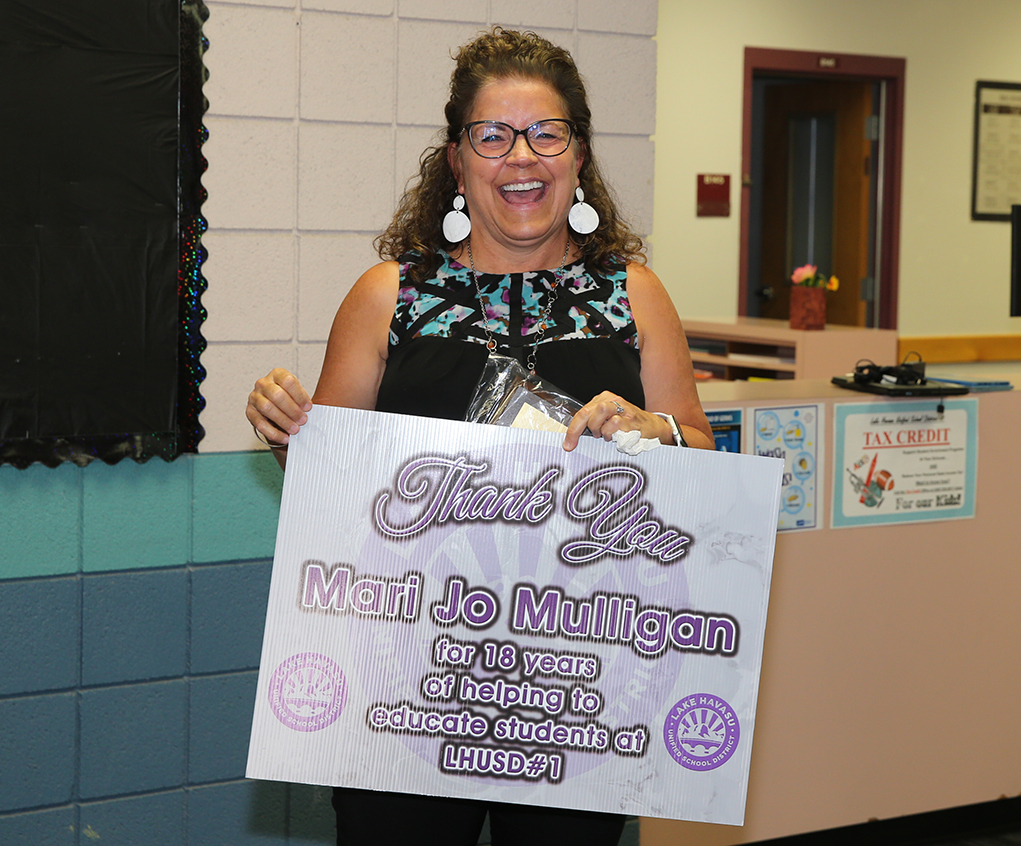