LHUSD Rally Revs Up Staff For First Day Of School 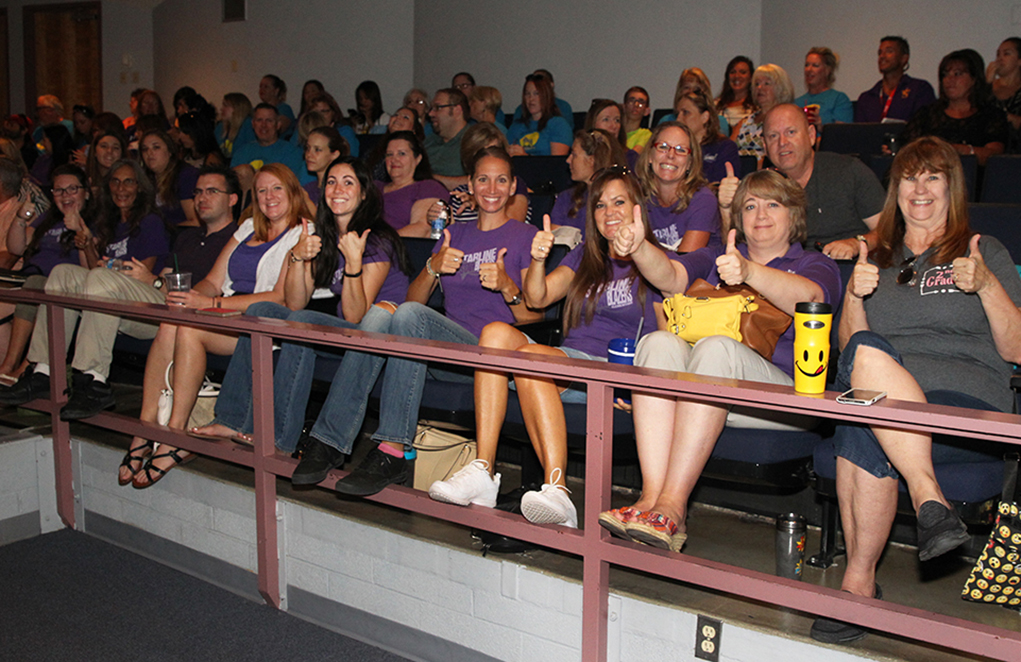 The chant “Together We Can” and a steady theme of ‘80s music marked the kick-off rally for teachers and staff attending the Lake Havasu Unified School District’s rally for the 2016-2017 school year. 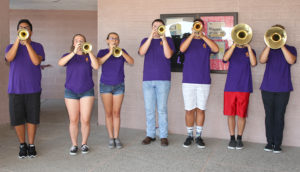 The purpose of the rally was to rev up energy for the upcoming school year, as well as introduce new teachers, address the focus in the district and show support for educators.

All in attendance were greeted at the entrance to the performing arts center at Lake Havasu High School by the marching band playing the school’s fight song.

Jo Navaretta, Lake Havasu Unified School Board president, opened the event welcoming all and said the district is like a family.

“Family…” she said, “we may have different opinions, we come at things from different perspectives, but when things get tough, when we need a helping hand, those are the people that are there for us. They step up without hesitation. They’re always the ones we can count on.” 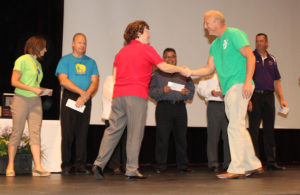 She was followed by the K12 Foundation, who presented a total of $28,000 to the school district and emphasized the importance of early education and the role that education and entrepreneurship plays in the community.

James Gray, of the Partnership for Economic Development, brought up statistics and the Vision 20/20 plan, as well as the America’s Best Community contest, in which Havasu is one of the finalists. He also emphasized the impact education has on the community, and ways that teachers, staff and citizens can get involved and improve the district. He also mentioned that teachers are more than just educators; they “change the trajectory of our community.”

The spotlight focused on new staff members, complete with a Power Point for each school highlighting recent events or accomplishments, including school gradings and spirit days. 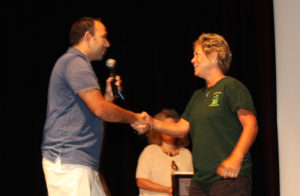 Chad Nelson of the A Team at Keller Williams Realty presented its contribution to the educators of the district by pulling a random name of someone in attendance and presenting Bonnie Helman with $500.

Eighties music pumped through the PAC speakers throughout the rally, and there were games involving “naming that tune” with more prizes involved.

The new superintendent, Diana Asseier, introduced herself with a humorous slideshow and shared her excitement to meet everyone and begin the 2016-2017 school year.

The first day of school for the Lake Havasu Unified School District is Monday. Motorists are reminded that the speed limit in school zones is 15 mph. 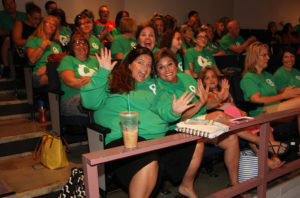 Oro Grande teachers and staff show their enthusiasm for the first day of school. Jillian Danielson/RiverScene 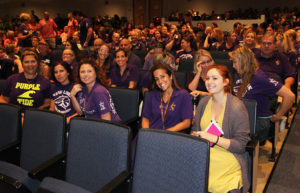 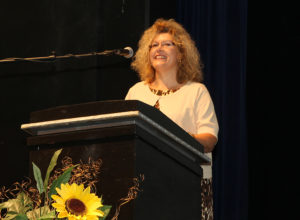 Diana Asseier, the new LHUSD superintendent, introduces herself to the teachers. Jillian Danielson/RiverScene 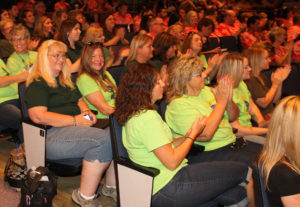 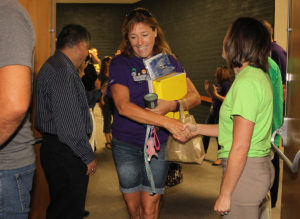 Teachers are greeted as they enter the auditorium Wednesday morning. Jillian Danielson/RiverScene