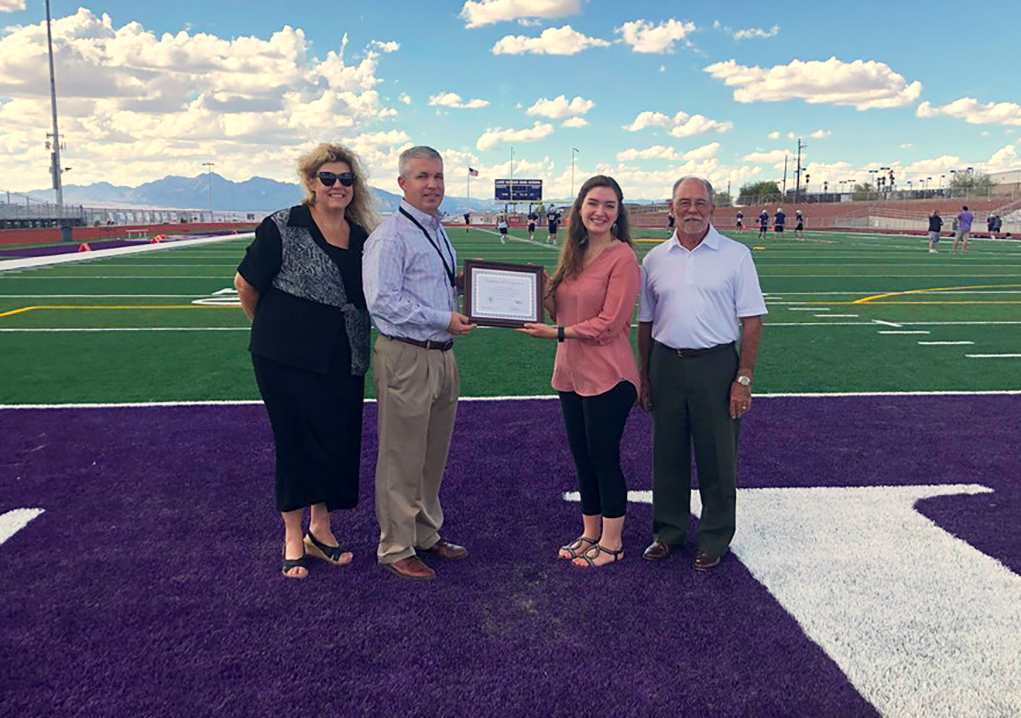 The Lake Havasu Unified School District had its eye on the prize when it installed the new football field at Lake Havasu High School.

According to Briana Morgan, water conservation specialist with the city, the district enjoyed a decrease of 95 percent in water consumption as well as on its water bill.

Officials from Lake Havasu High School and LHUSD accepted the Water Conservation Recognition Award Wednesday afternoon. The district joins other businesses that have received the award for efforts to conserve water in Lake Havasu City.

Citizens are invited to take an in-depth look at the current water situation at the Public Work Session at the City Council Chambers Oct. 9,, at 5 p.m. Just before the council meeting on that day, Doyle Wilson, the city’s Water Resources Coordinator, will provide a very comprehensive examination of the water situation to council.