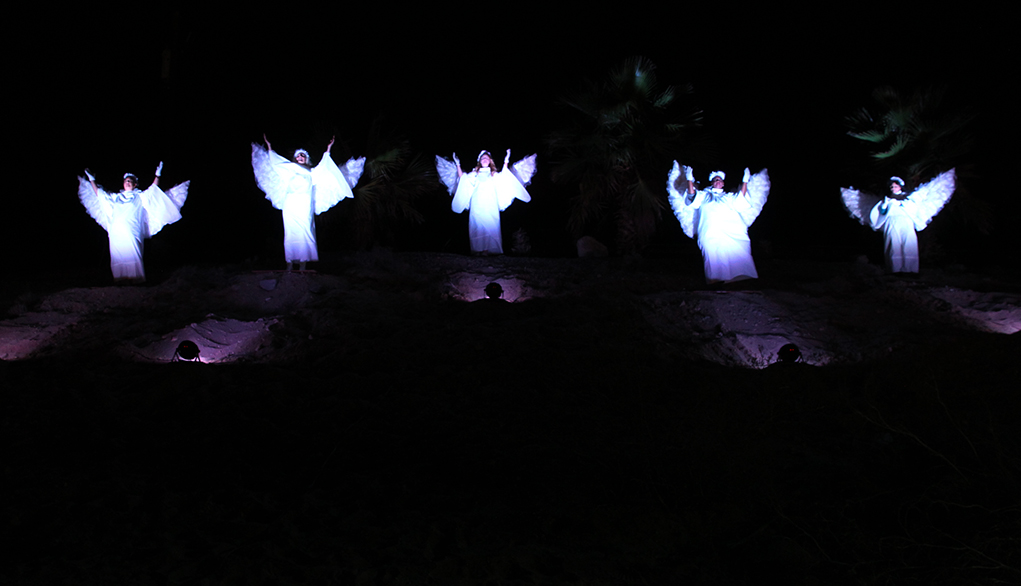 New Hope Calvary Church’s 15th annual Live Drive-thru Nativity is set for 5:30 to 9:30 p.m. both Friday and Saturday night on the lot next to the church at 3735 London Bridge Road, in Desert Hills. Admission is free. 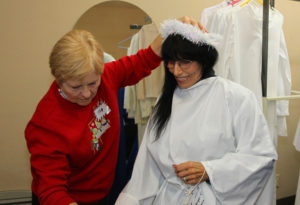 The live performance depicts the “Road to Bethlehem” through nine scenes. Event organizer Carol McDougal credits the efforts of 100 volunteers, including a cast of 58 actors and a dozen coordinators. Furthermore, Mohave County Sheriff’s Office and Mohave Security provide security and traffic control during the event.

“The community really gets behind it to help us out,” McDougal said. “Each year we try to make it more realistic with live trees, live animals, and live people … it’s quite an undertaking but we get to see God’s power each year. We see some people who are brought to tears going through. It’s Christmas, this is what it’s all about.” 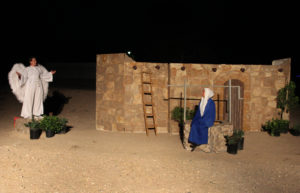 Bree Stickney and Alex Szpilka pose in the scene where “Gabriel” appears to “Mary.” Jillian Danielson/RiverScene 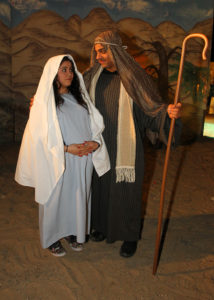 Aliya Smith and Kyle Neidermann pose for a photo as Mary and Joseph in the Live Nativity. Jillian Danielson/RiverScene 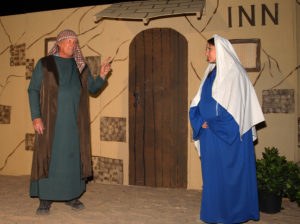 Bob Broadie and Sarah Myhre pose in the Innkeeper scene during the Live Nativity. Jillian Danielson/RiverScene 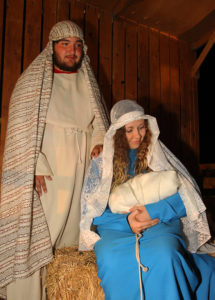 Brandon Berlant and Danelle Tamayo pose for a photo as Mary and Joseph in the Live Natvity. Jillian Danielson/RiverScene