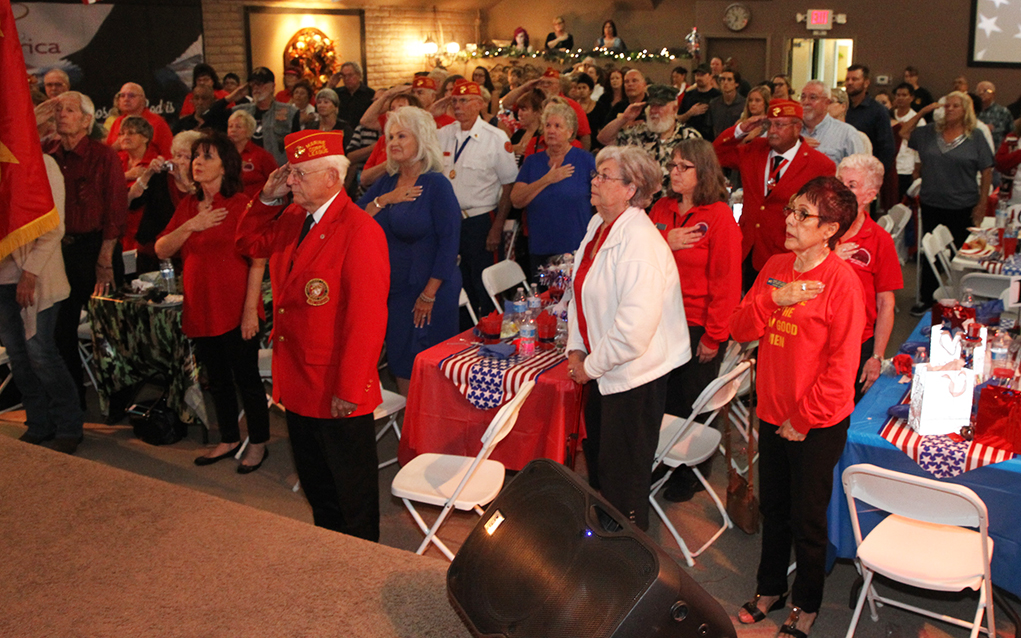 Living Word Family Church honored veterans with a dinner Wednesday evening. Veterans throughout Lake Havasu City had an open invitation to the dinner where they were also given homemade cards from school children thanking them for their service. 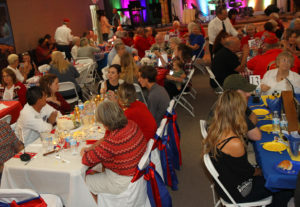 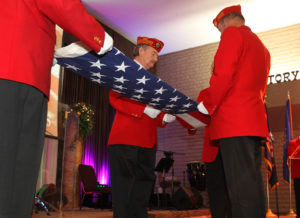 Members of the Marine Corps League fold the flag during a dinner at Living Word Family Church. Jillian Danielson/RiverScene 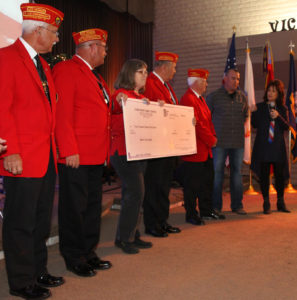 Pastor Maureen Collins and Chris Gall present a $3,000 check to the Marine Corps League to be used for some of their charity work in the community. Jillian Danielson/RiverScene 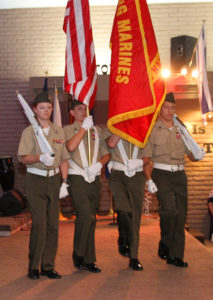 Feature Photo: Veterans and their families say the Pledge of Allegiance during an appreciation dinner Wednesday evening. Jillian Danielson/RiverScene