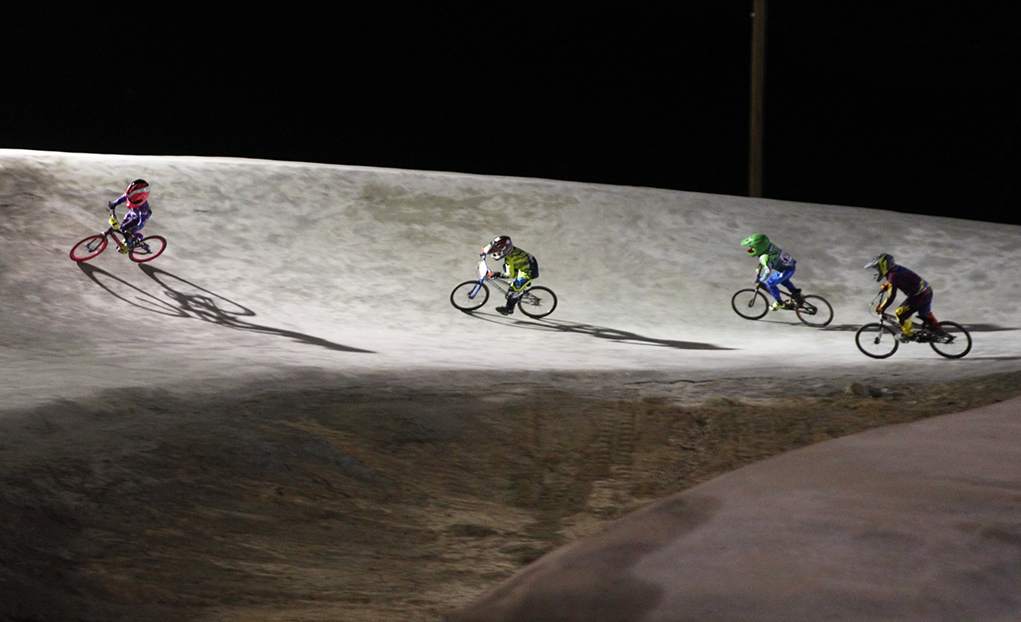 Local BMX racing is back on, and now racers have a brand-new track to ride.

“Everything from the beginning gate to the finish line is new,” said track operator Santone DeCol. “Everything except the lights.”

The new track comes after nearly two months of hard work and several years of fundraising by the TRI State BMX Association and SARA Park BMX crew. DeCol said the goal was to provide an expanded experience for the local riders, and a course that provided better training for those who go on to compete at other regional and national events.

“We live in such a rural area,” DeCol said. “This will allow our riders to be more competitive.” 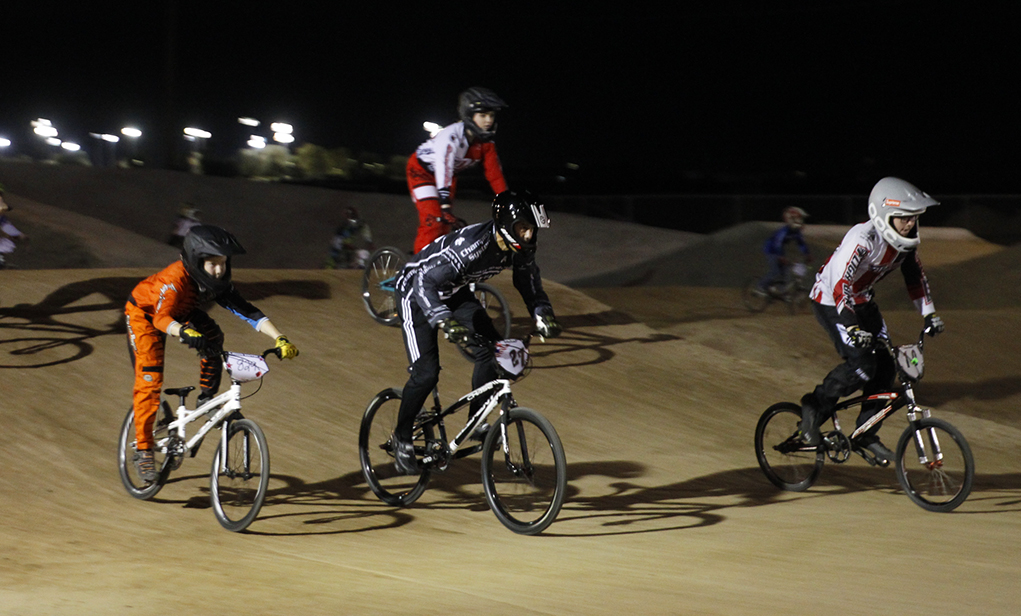 His wife and track president Abbee DeCol agreed: “The track had been the same design for more than 20 years. We wanted to provide something that offers more of a challenge to the riders.”

The track officially reopened to riders on Tuesday, Jan. 30. Races take place Tuesday and Thursday evenings, and Santone said that 45 to 50 riders usually attend. All ages are welcome, and “spectating is always free.”

Abbee added that BMX racing, “for us, it’s a family thing.”

Tiffany Kelly, who has been racing for 2 years, was at the track Tuesday evening with her daughters, Reagan Kelly, 13, and Payton Sarabia, 8. All three are riders. 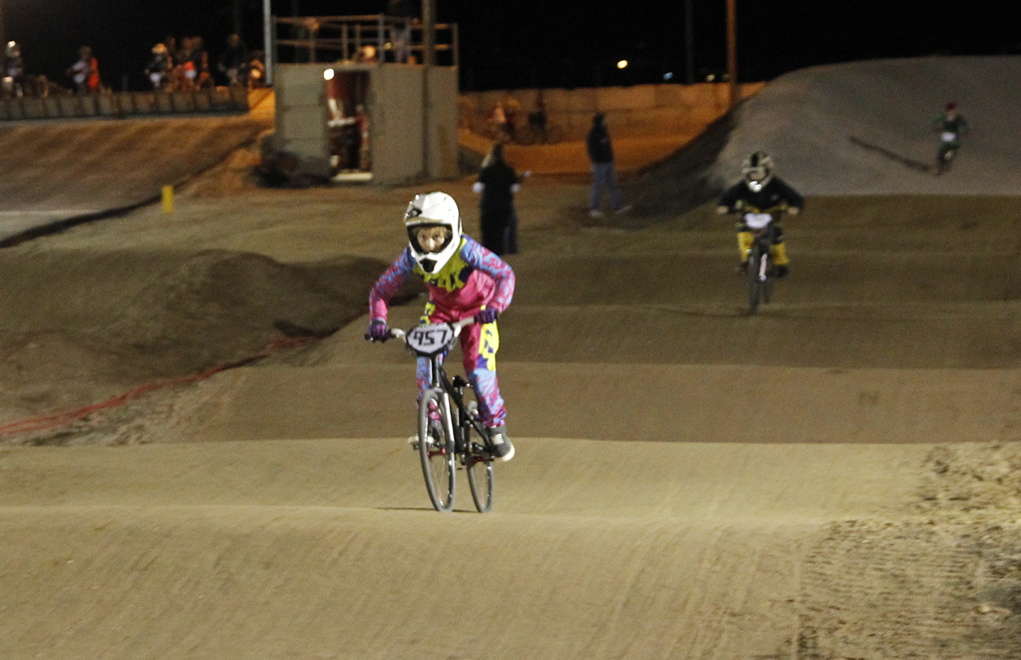 “This has always been a family thing,” Tiffany said of racing. She said Payton was the first one who took up the sport, and after watching her the rest of the family decided to try it out.

“People think it’s all about the win,” Reagan said, “but it’s actually all about family.”

All three agreed that the new course was a good one.

“I think it was great; it’s fast,” Tiffany said.

“The turns are way better,” Reagan said. “They are very smooth.”

“The new gate is great,” Payton said. “It doesn’t slam as hard as the old one. It’s good. It’s fun.”
Mindy Castro, who leads the local Flight BMX team, said the new track is “hands-down the best track in the state. It is definitely going to be beneficial for those of us who compete out of state.” 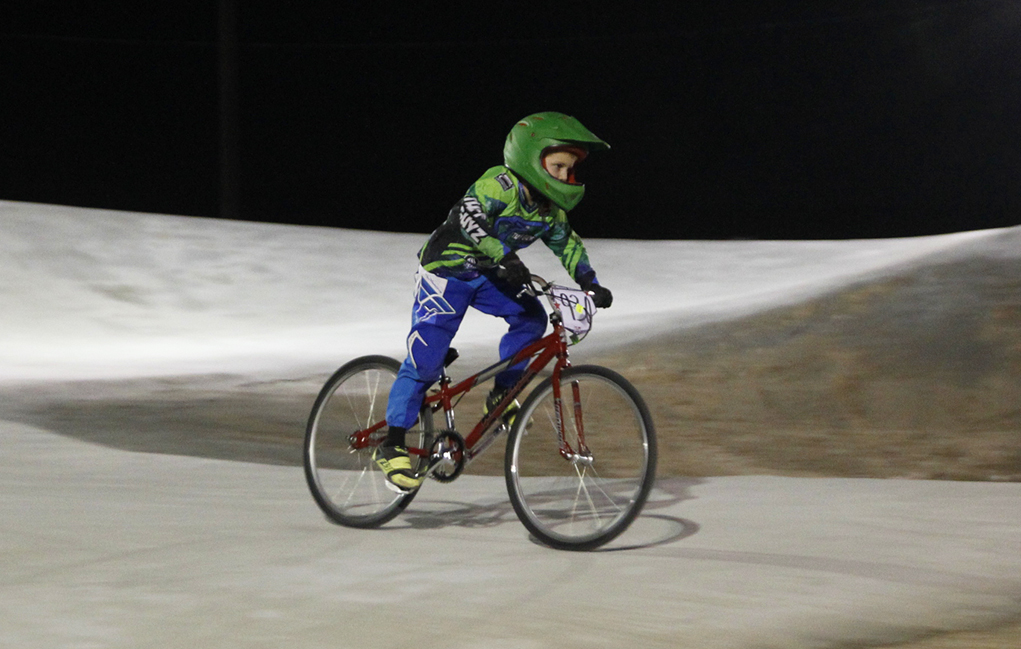 The DeCols credit the community for coming together in support of the new track, in terms of donations, attendance at fundraising events and the volunteer work that went into the actual renovation.

Volunteer and parent Scott Welte said the new track “wouldn’t have happened without the volunteers and the community, and the people who come out here and [ride].” 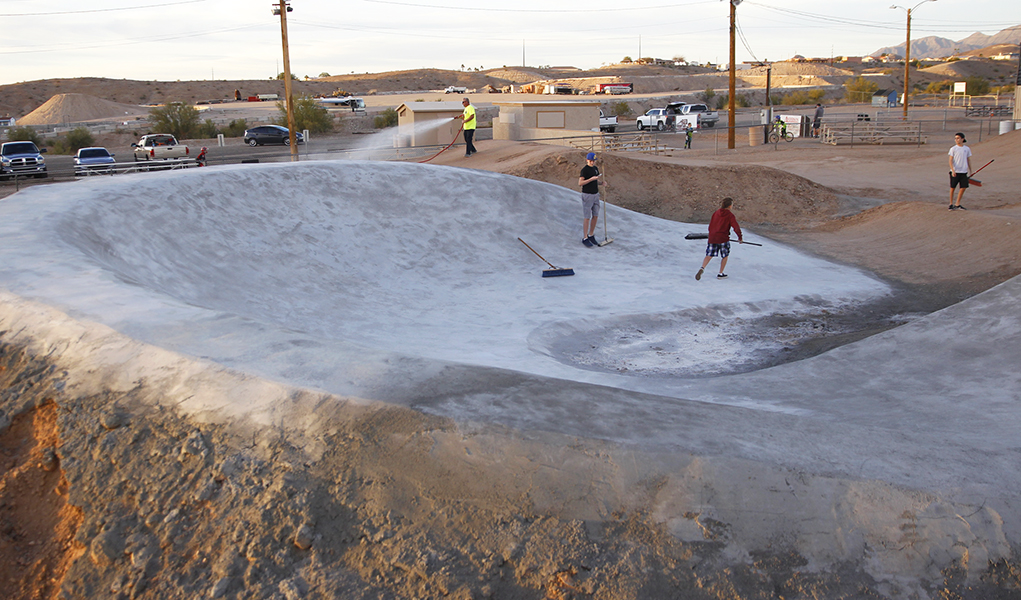 Volunteers get the new track ready for the first night of racing in 2018. Jillian Danielson/RiverScene 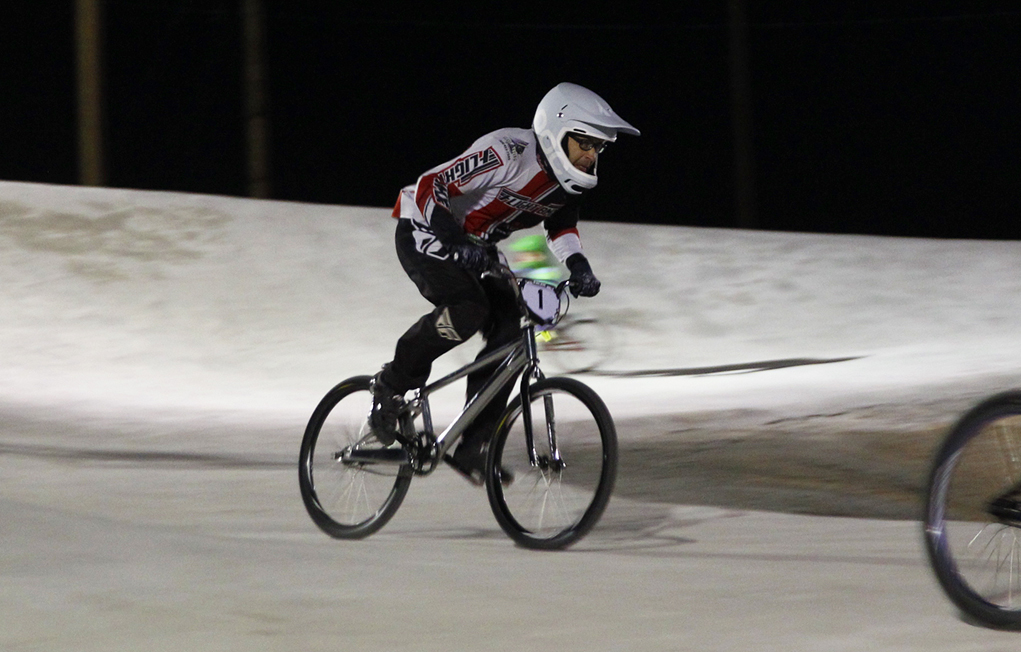 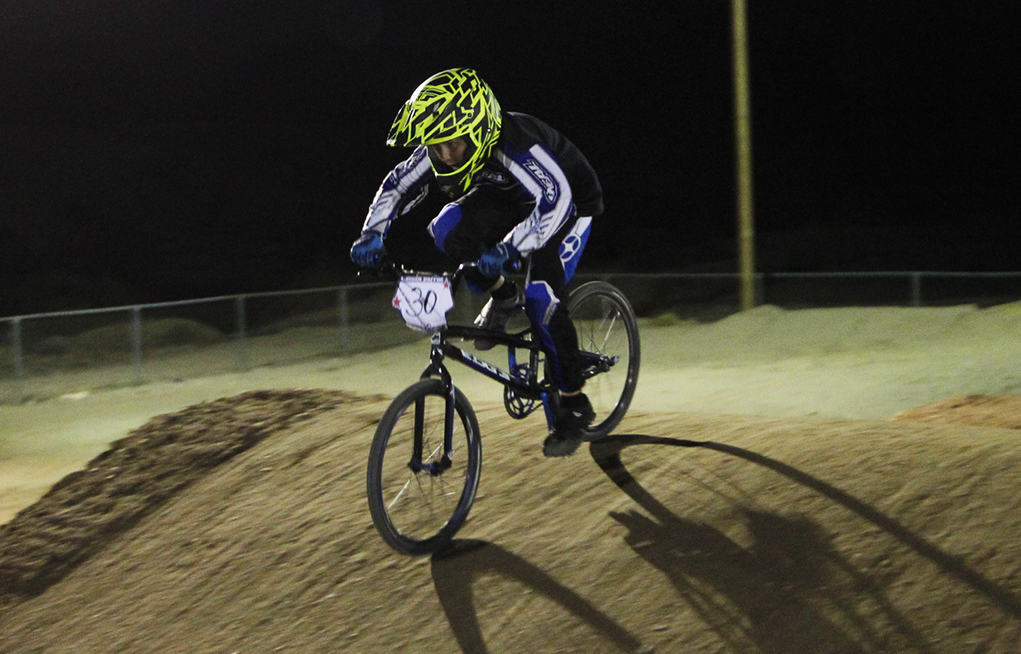