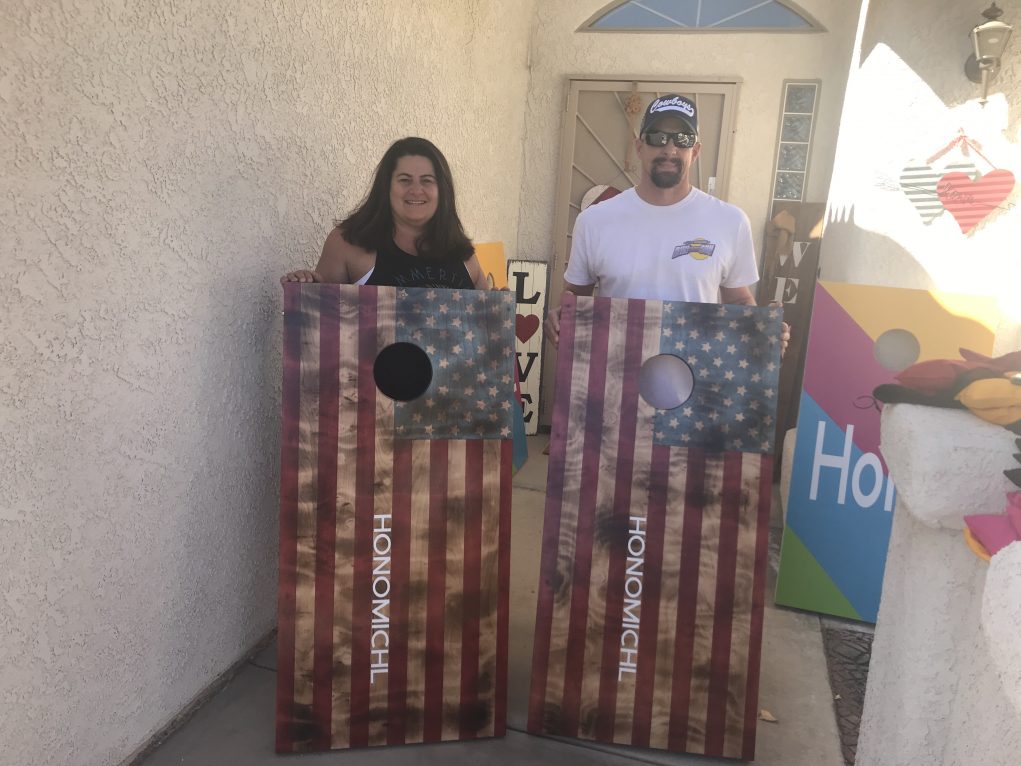 Jeff and Tracie Rehark, of Lake Havasu City, are carving out a niche in a world driven by commercial mass production.

Lost Woods is a small local business making a splash by bringing a myriad of customized games and decorative items to a market yearning for personalization.

Operated by the Reharks, Lost Woods got its start as a fun little hobby as they made signs, small custom projects and knick-knacks for themselves and posting pictures on Facebook. It wasn’t long before others began to take notice.

Soon, the Reharks found themselves fielding orders from interested parties to make customized items like signs and wall hangings as well as games such as Jenga, Connect Four, Yahtzee, corn hole, etc. If you name it and they haven’t made it, you can expect the challenge to be accepted. 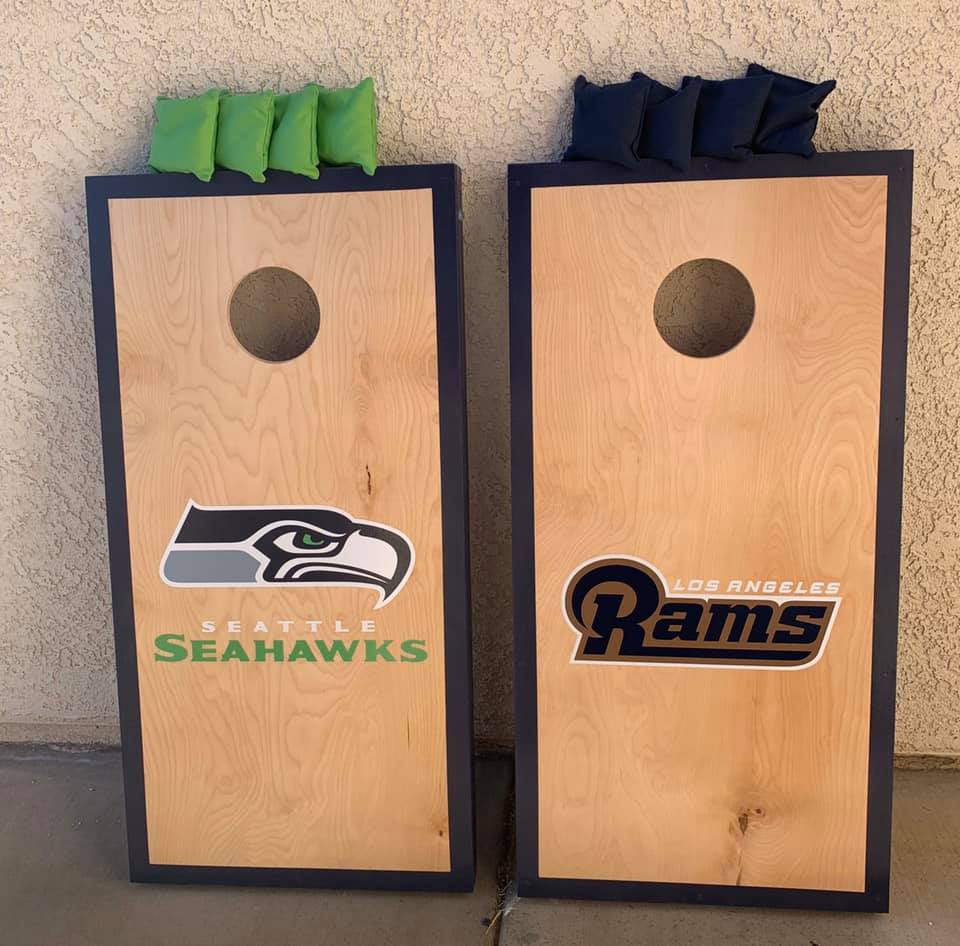 Facebook has been their largest tool in reaching others and driving their emerging business.

Tracie Rehark said, “They’ll call or they’ll message me and they’ll say, ‘Can you make this?’ They’ll send me a picture of what they want and I say, ‘Of course.’ So, I either duplicate it or they pick their own colors and their own styles and their own – whatever they want. So, they are able to customize their own work, and then I do the magic and my husband builds.” 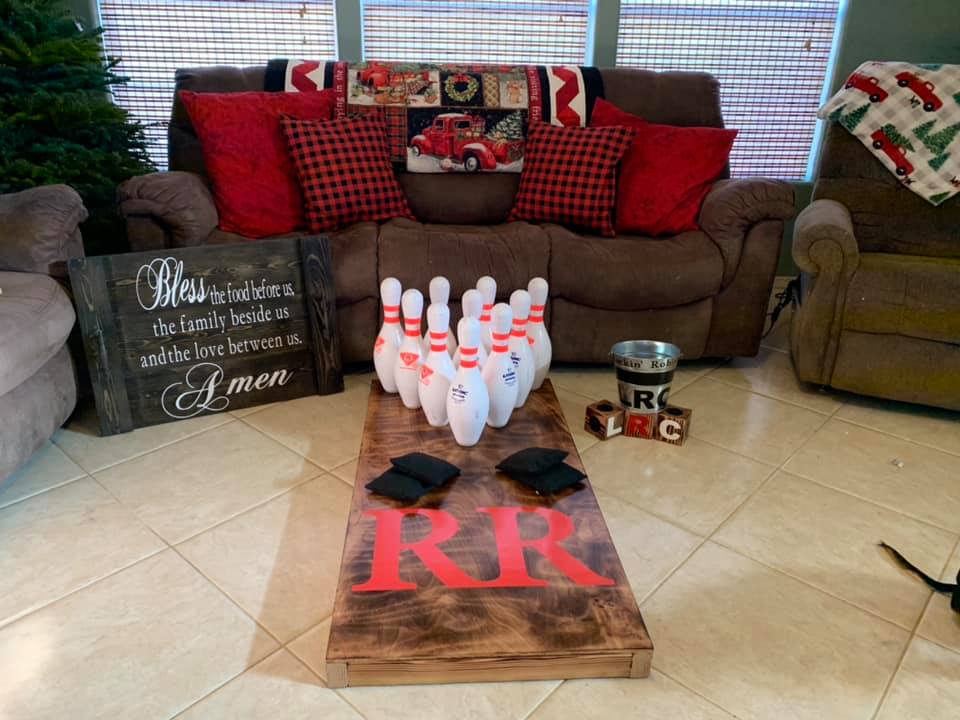 The Reharks’ favorite projects are those that challenge them. When approaching a difficult project, Tracie Rehark likes to sleep on it, think about it, picture how she is going to approach it. As the reader can imagine, when customization is an option, projects become trickier than one would think.

This week, the Reharks have been building custom corn hole boards. Their customers have complete control over color and art choices to make them perfect for their own homes, charities or businesses.

Projects taken on by Lost Woods typically include a great deal of woodworking, construction, staining and painting. No project is considered too daunting in their experience. The Reharks bring a personal touch to patrons’ needs by almost always working on the timeframe of the customer.

“I’m proud of what we do and it makes you feel good inside. I like to be challenged and I like to make customers happy. I love their faces when they see the work,” Tracie Rehark said. 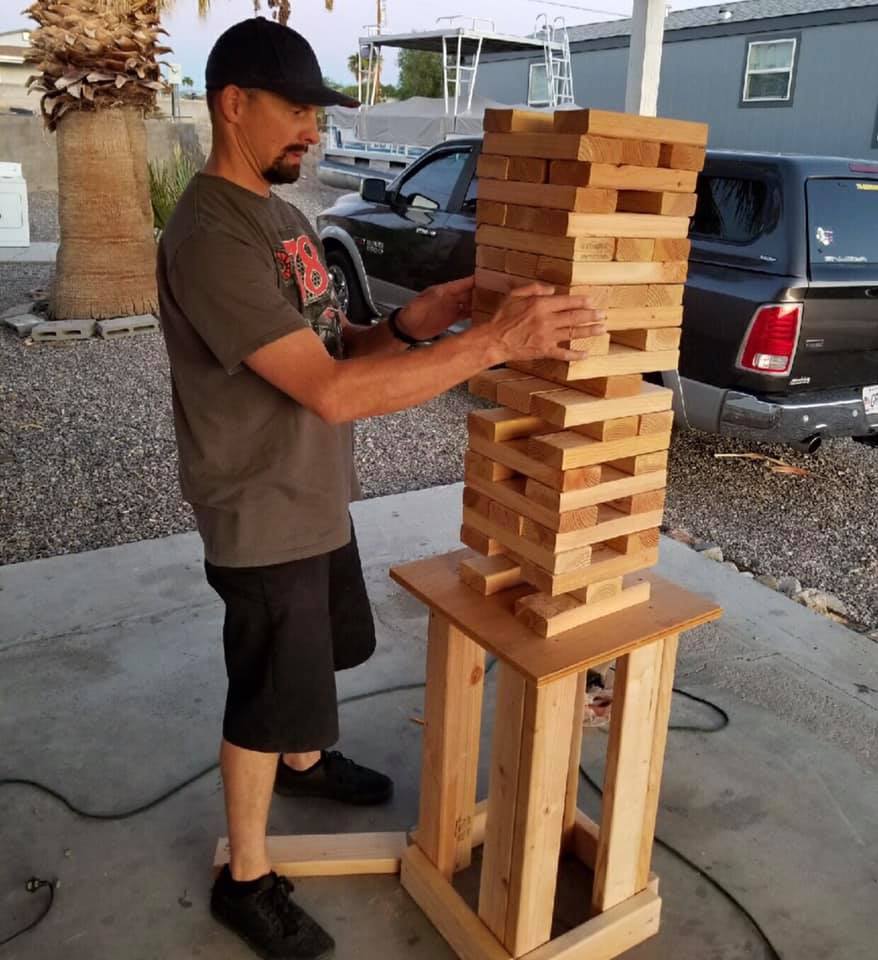 After two years of business, interest and orders have gone viral as they find themselves shipping across the United States. Facebook is the main method of business for Lost Woods but locals are accounting for a large portion of their work.

One upcoming local project is a giant chair that has been ordered by the Blue Chair restaurant in Lake Havasu City, under the London Bridge. The chair will be only one of eight in the world when it is completed. Plans call for the chair to seat four people and stand 7-feet tall. 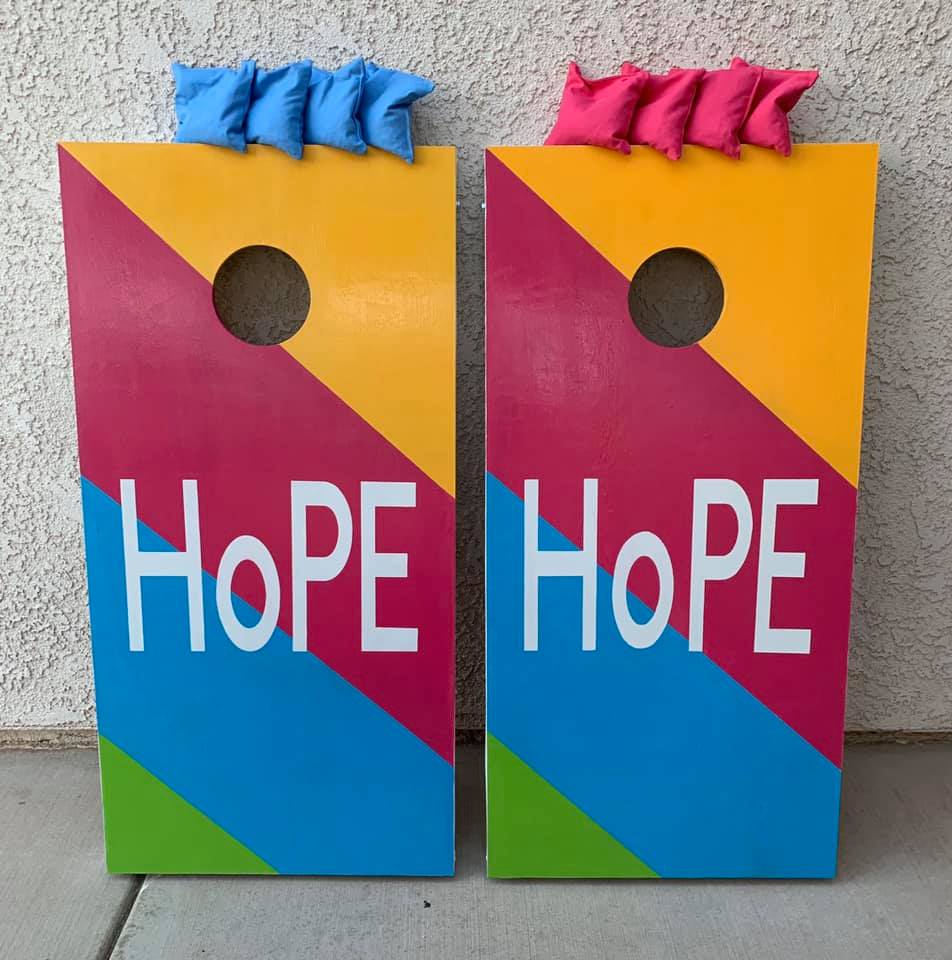 The work of Lost Woods doesn’t stop with customers. A project close to the heart for the Reharks is Families for Hope, a nonprofit that helps families with children who have been diagnosed with Holoprosencephaly, a condition that disrupts the development of the brain properly dividing into right and left hemispheres in newborns.

Having been touched by the plight of the parents and their children prompted the Reharks to continue to donate projects to the cause.

More information on Lost Woods can be found on its Facebook page: https://www.facebook.com/LakeHavasuCity777/ 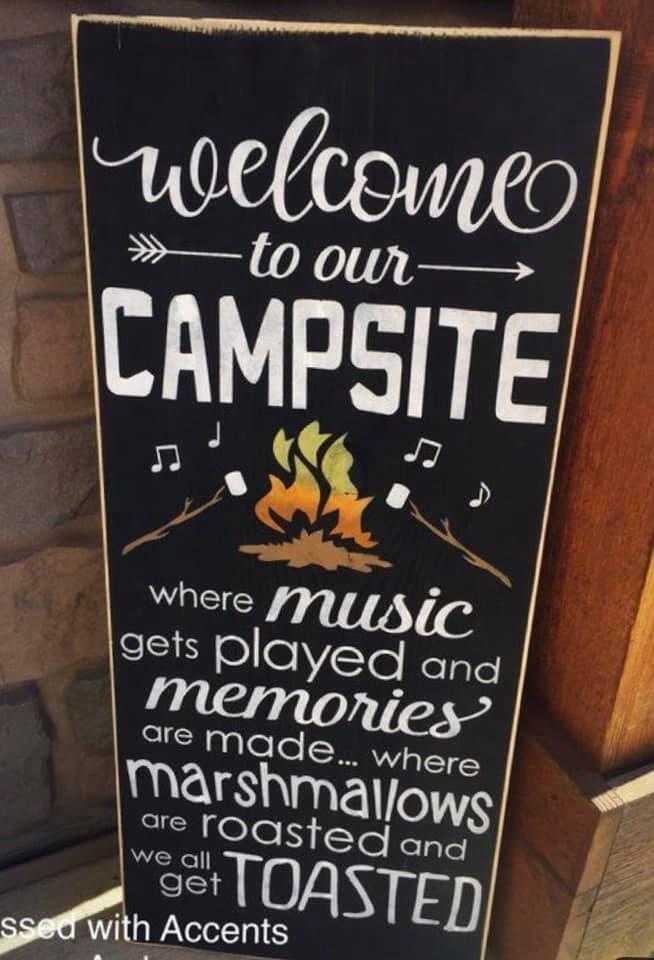 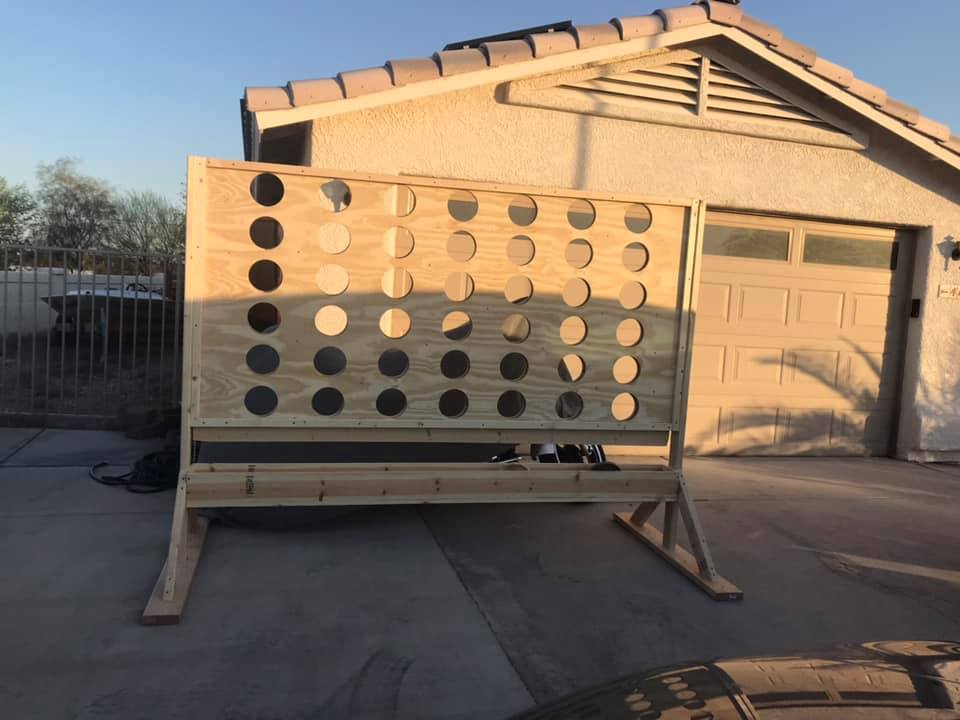 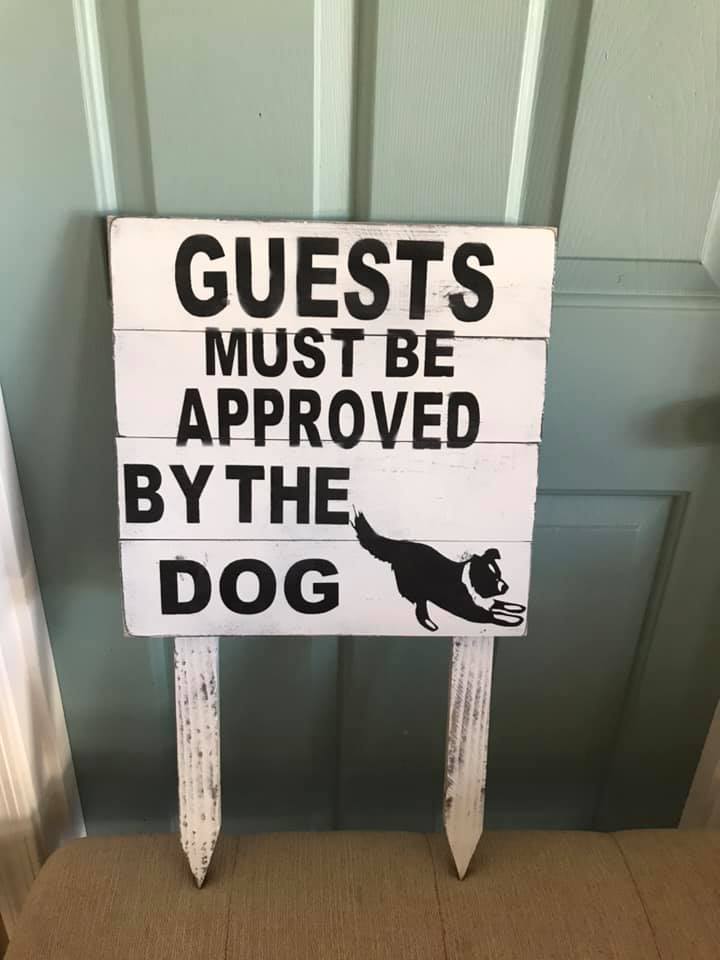 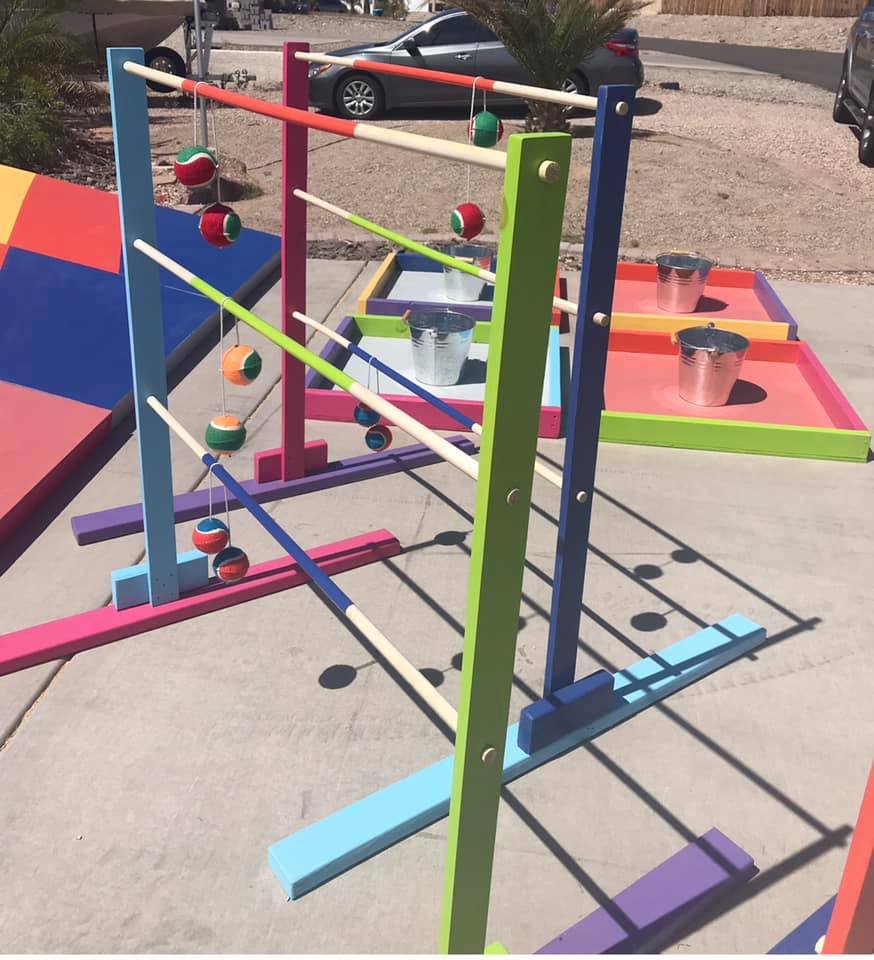