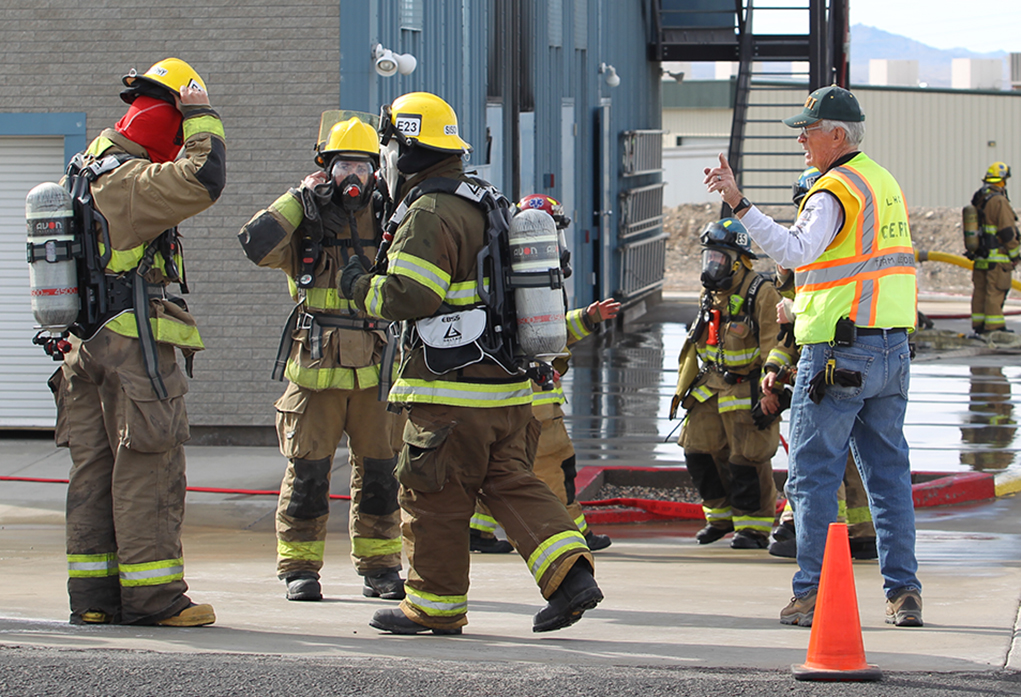 Lake Havasu City fire officials lit it up and pretended to burn it down Friday as a final review and induction for three new recruits joining their ranks. 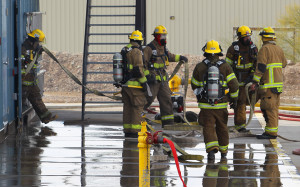 “We do these annually, or whenever we have new hires or recruits,” Stello said. “In this case, we have three new guys.”

The activity was to familiarize the new guys with the department’s equipment and deployment strategies. In turn, it also provided opportunity to work side-by-side with neighboring Desert Hills Fire Department. Five of Desert Hills’ firefighters participated.

Lake Havasu City Fire Chief Dennis Mueller escorted about a dozen firefighters into the smoking confines of a four-story building at the city’s Fire Station No. 2, on Kiowa. It is a training facility.

The mock scenario was reported as a fire on the fourth floor with a potential victim on the third floor. The location was from where the mock 911 call was reported. In short, the fire was reported and the line went dead. 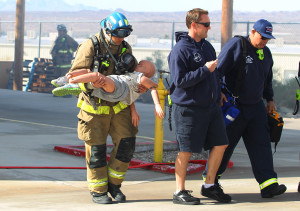 Firefighters responded, prepared fire suppression gear, made entry into the burning building and organized a search of the third floor. Shortly, new firefighter recruit Clark turned out a heroic soul-saving feat by carrying the youth-sized victim-mannequin to an area staged by medics.

Lake Havasu City Community Emergency Response Team, or C.E.R.T, was set up for rehab during the mock escalated incident. 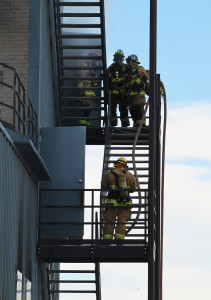