Local Marine Honored for Her Service 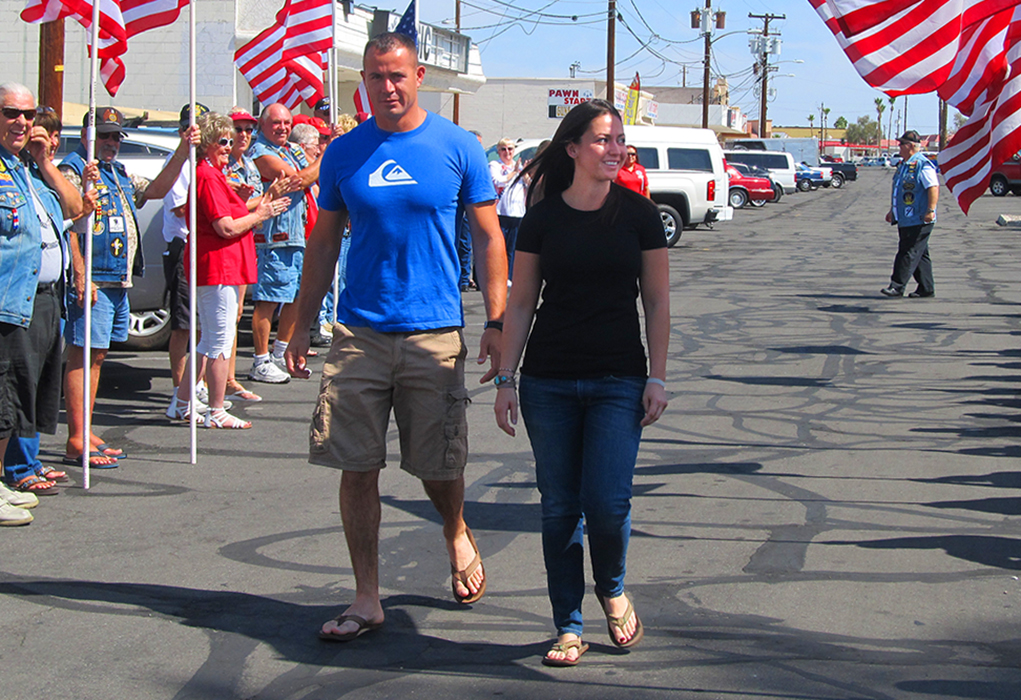 A large crowd gathered at the Veterans of Foreign Wars Post 9401 Saturday morning for a Thank You for Your Service ceremony to honor Sgt, Elisse Eckland-Tallerico, who completed her active duty service in March.

Elisse graduated from Lake Havasu High School in 2003 and enlisted in the Marines in in 2007. Her last station was at Marine Corps Air Station Miramar in San Diego.

She was assigned to the Third Marine Aircraft Wing, Marine Aircraft Group 16 and was deployed to Iraq where she served at Al Asad Air Base. Elisse worked as an electronics technician on F-18’s and Ospreys for seven years and at Command Operations NCOS for two years.

Tallerico expressed her gratitude to those veterans present for the sacrifices they made.

“You couldn’t contact your families when you felt sad,” Tallerico said emotionally.

“We only had the Pony Express!” someone in the audience shouted, to much laughter.

“Today we are able to email or call our family when we need support,” Tallerico responded.” So thank you for the sacrifices you made. You made our lives so much better.”

Elisse volunteers with the Humane Society in San Diego and plans to pursue a career as a veterinarian. She and her husband, Marine Corps Staff Sgt. Otto Tallerico, hope to be assigned to a base in Yuma.