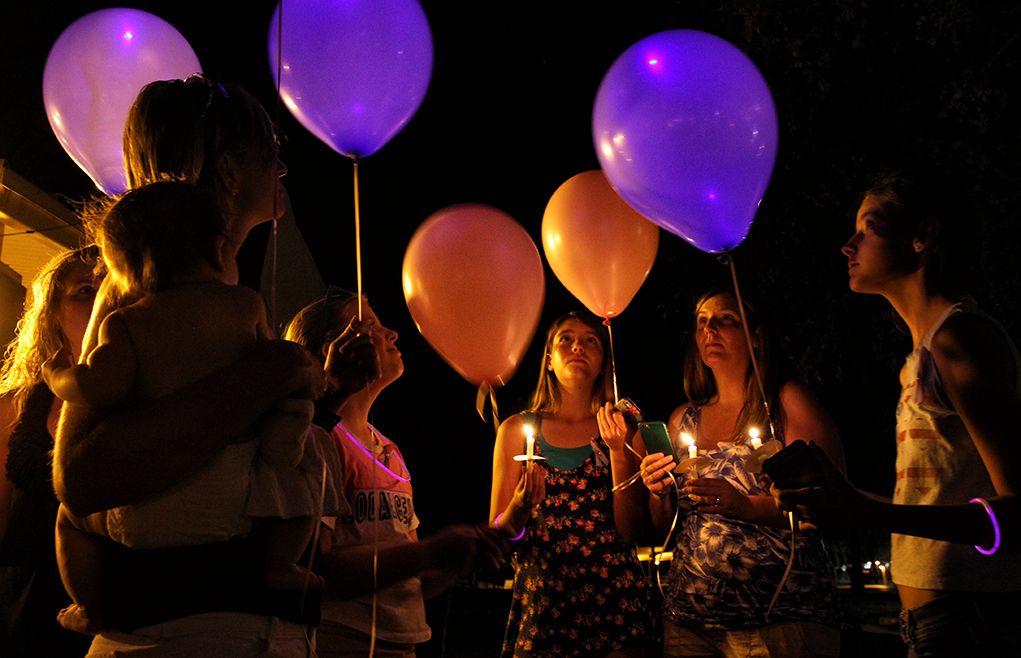 A flood of blue and pink balloons soared over the night sky at Rotary Park Thursday evening. Candles also illuminated in people’s hands as mothers and families who suffered a loss took time to remember their child’s memory at the Second Annual Rae of Hope Vigil and Fundraiser in Lake Havasu City. 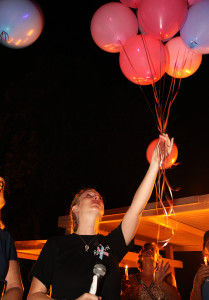 “October 15 is an important day because it marks the International Pregnancy Loss and Infant Awareness Day,” said Tamara Weaver, President of the nonprofit Rae of Hope. “Everywhere around the world individuals light a candle in remembrance of babies who have gone so soon as known as a “wave of light.”

Rae of Hope began in 2014, after Weaver was diagnosed with HELLP Syndrome – a condition that forced Weaver into delivery at only 21 weeks pregnant – causing her to deliver a still-born baby girl who she named Raelyn. With the help of her husband, Dennis Weaver, they decided to help other parents who have suffered a similar loss by offering monthly support groups and providing financial assistance for burial services and cremation for families who have lost a baby.

Rachel Casey, who attended the vigil, lost her son five years ago and says the organization, along with the remembrance event, helped ease her grief.

“I feel that this organization has been really helpful for me personally since I don’t have family out here. I feel there is tons of support out here at this event,” said Casey. 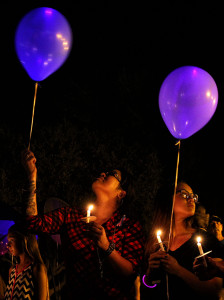 “When I heard about the support group in the organization I found it to be so beneficial especially for mothers because we are all there to support each other even if it’s just a text message asking how you are feeling.”

The fundraiser and vigil at Rotary Park also featured a raffle with prizes donated from local businesses supporting the organization, along with a silent auction of a custom fiberglass paddle board sponsored by Barrett Custom Marine, and a free showing of the movie “Up” in the park.

Once the sun went down, the reading of names to honor lost babies, also known as “Angel Babies,” began as mothers, fathers and those who came to show support were handed a candle and the choice of a pink balloon that represented a girl and blue balloon that represented a boy. Yellow balloons were also available for those who did not know the gender of a baby they lost. 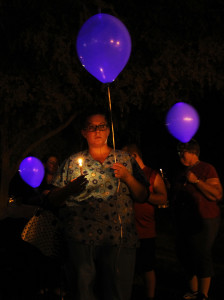 “I know that there are a lot of moms out here who are hurting,” said Weaver. “I just wanted to say if there are any women who are suffering they should not be afraid to ask for help and join our support group.”

“I thank God the  rain held off,” said Weaver’s mother. “Last year, we had a flock of birds that came down, and this year it happened again did you see that?!”

All proceeds raised go toward memorial expenses and supplementing funeral expenses for families who have suffered a loss.
For more information on the Rae of Hope organization, visit www.raeofhopeinc.com or call 928-846-7773. 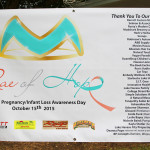 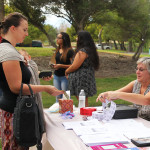 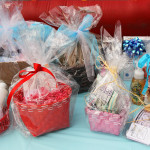 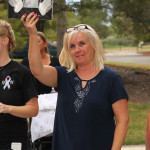 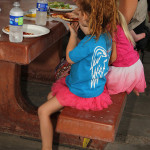 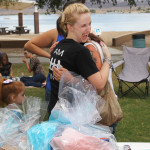 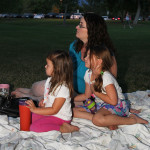 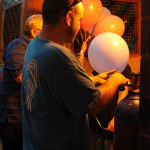 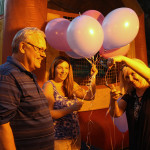 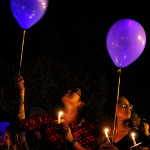 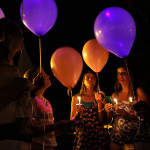 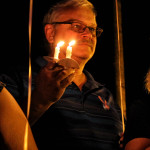 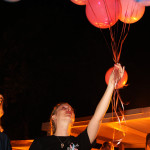