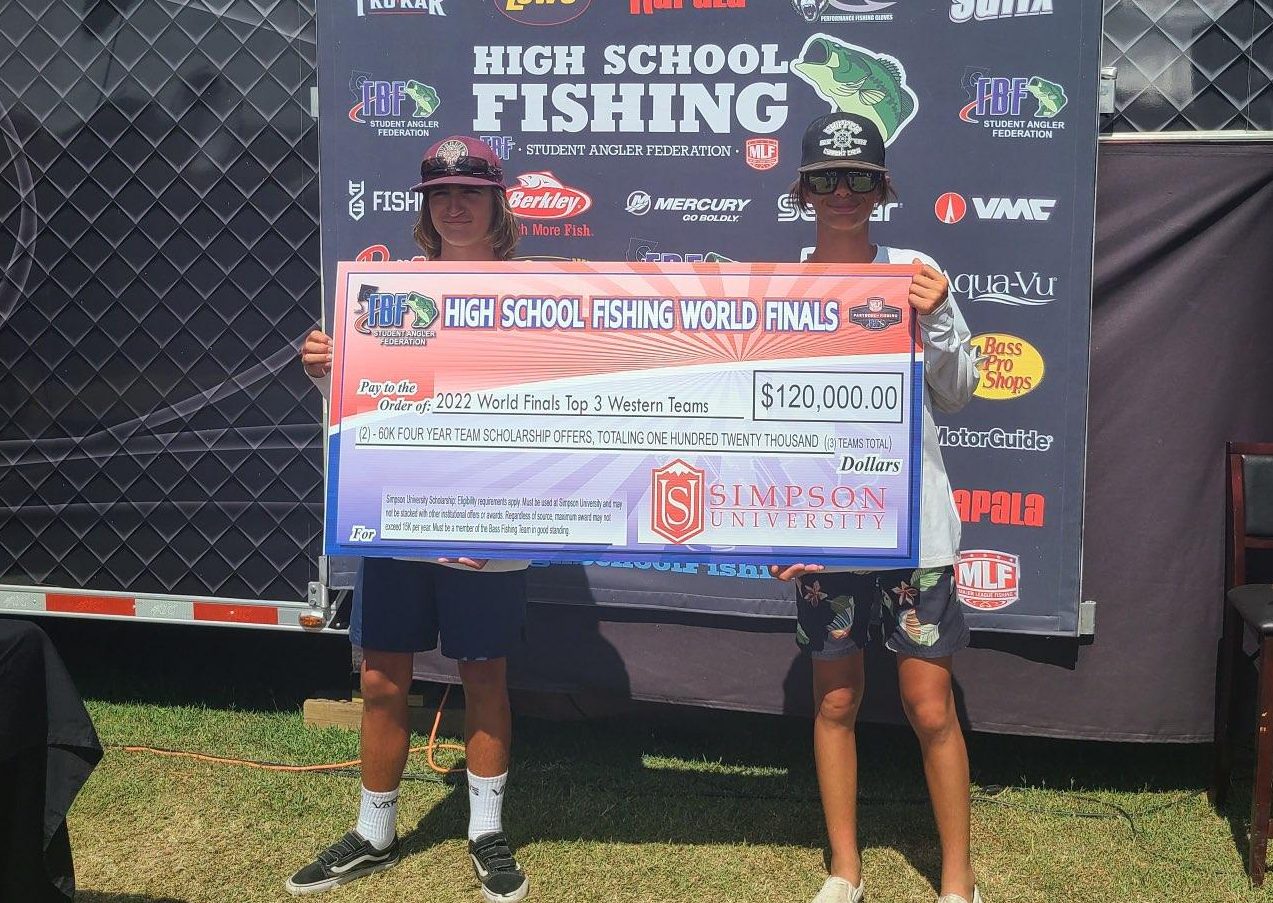 The scholarships include four  years paid at Simpson University; a Christian college in Redding Calif.

Last month, both made their way to the dual national and world fishing tournament with support from sponsors in the community who had made it possible. The dual competition hosted teams of three around the United States and multiple foreign countries such as Canada, South Africa and Zimbabwe, for a chance to win it all in bass fishing. 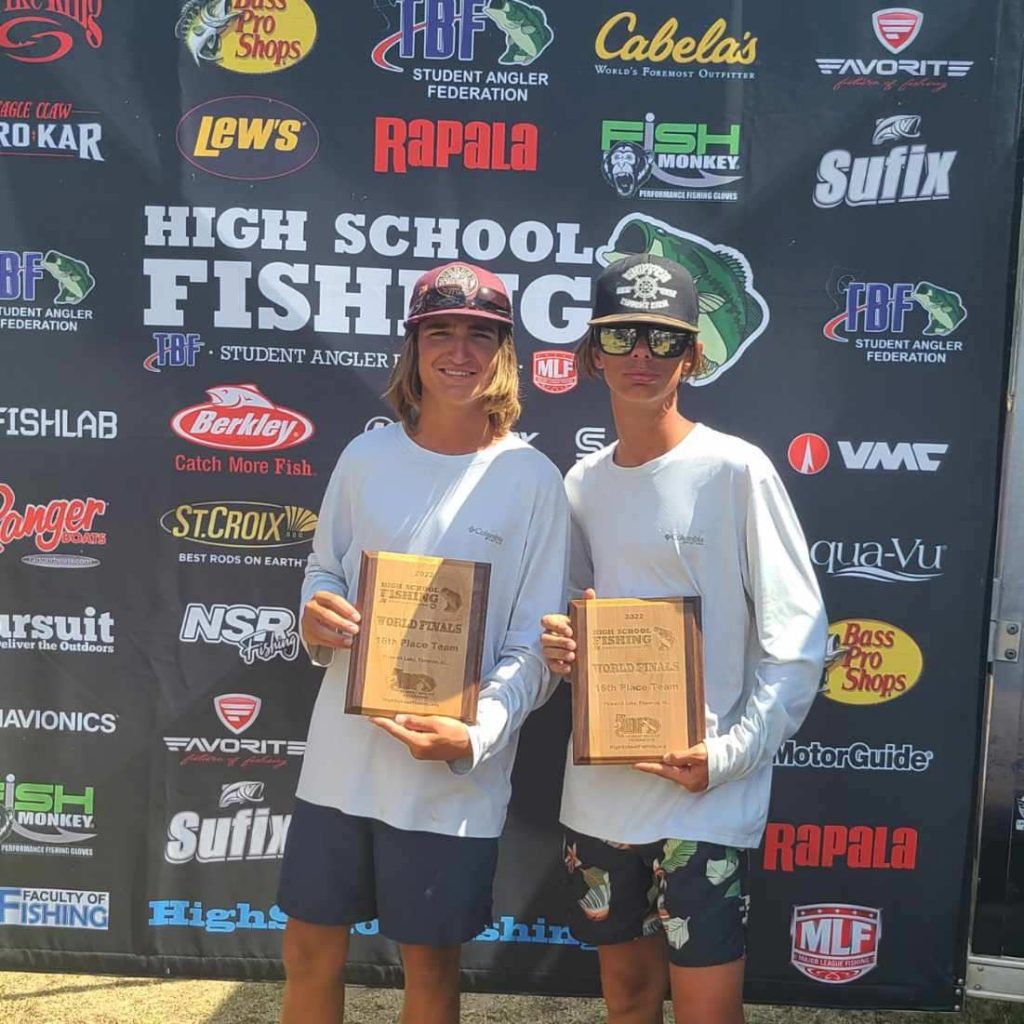 “The overall experience was awesome, the boys were really excited,” said Fishing Pro Roy Hawk. “I am so happy that I could also be part of it. I know it meant alot to them as it meant for me too,” added Hawk. 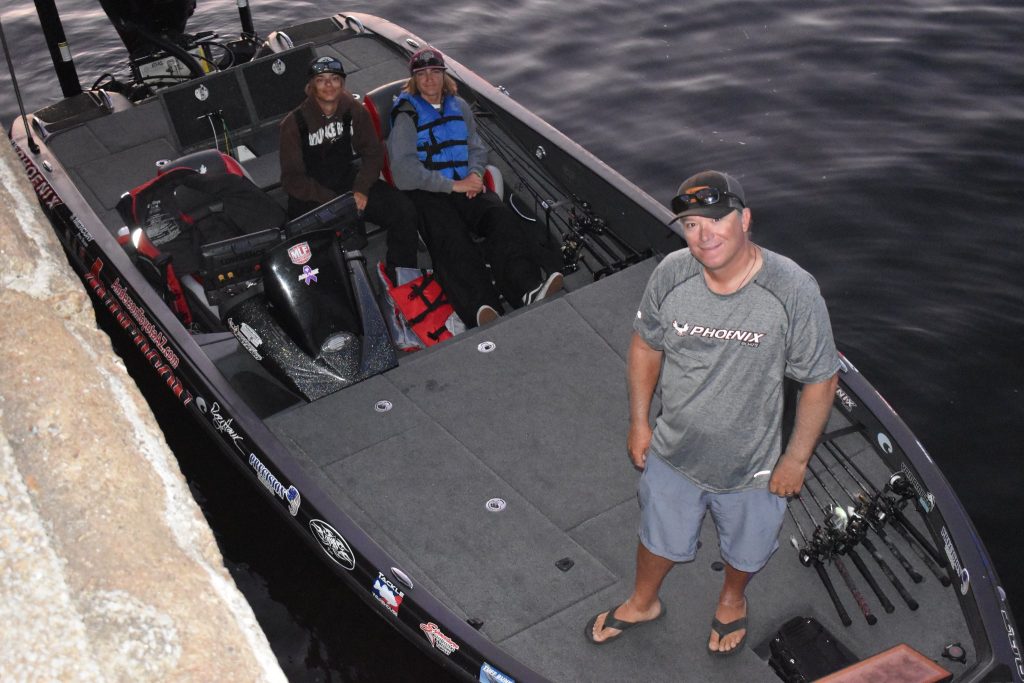 The top three national teams included first place Virginia team of Wes Newman and Kendall Hatch who brought 13-07 weight to the scales and took home first place, followed by Minnesota team of Walker Krampitz and Brady Matz with 11-06. Third place was Kade Suratt and Hunter Brewer from Tennessee with 11-05 according to Fishing.org website. 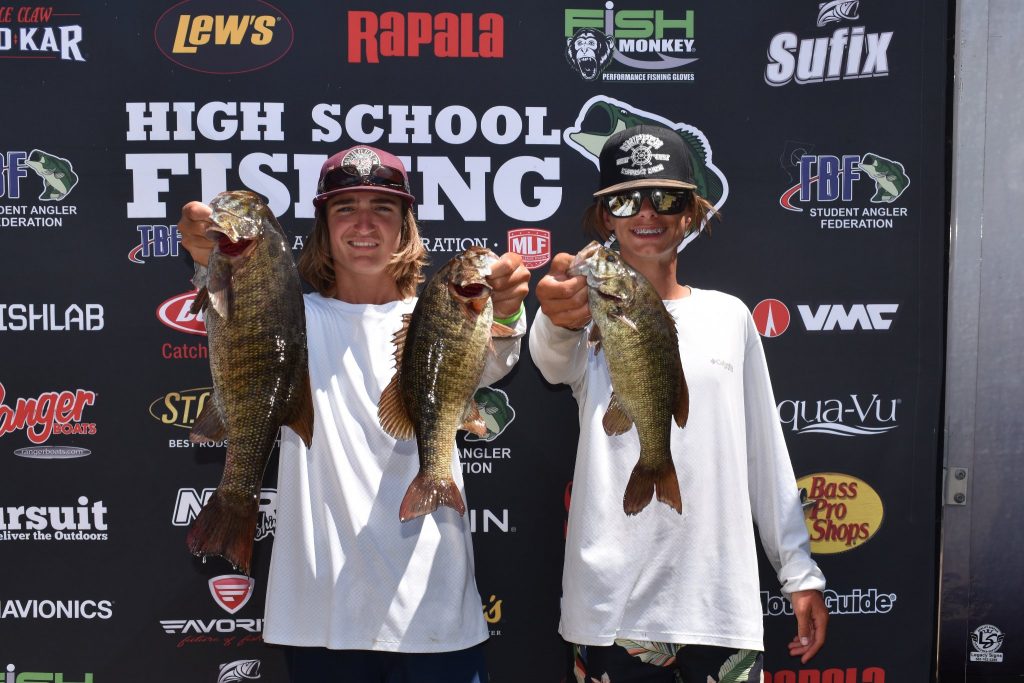 Last month, Lake Havasu City Community members and local competitors also expressed their  excitement for the teen’s journey and love of the sport.

I have known these boys since they were very little they would come by the shop a lot,” said John Galbraith. ” I am really proud of them,” he added before their trip.

” I remember at about six years old I caught my first fish in Lake Powell and since then it’s been an adrenaline rush to fish,” said Steven Brady. ” We are thankful to the community and the sponsors we would not be able to do this with out them,” he added.

The competition was sanctioned by the Major League Fishing Organization (MLF).  Total prizes and scholarship awards in  previous tournaments were well more than $3 million according to the MLF website.

Local sponsors who made  the trip possible include; Anderson Toyota, John Gailbraith with Bass Tackle Masters shop which specializes in fishing and other sporting goods, and Fishing Pro Roy Hawk.