Local Veterans Inducted Into the Hall of Fame 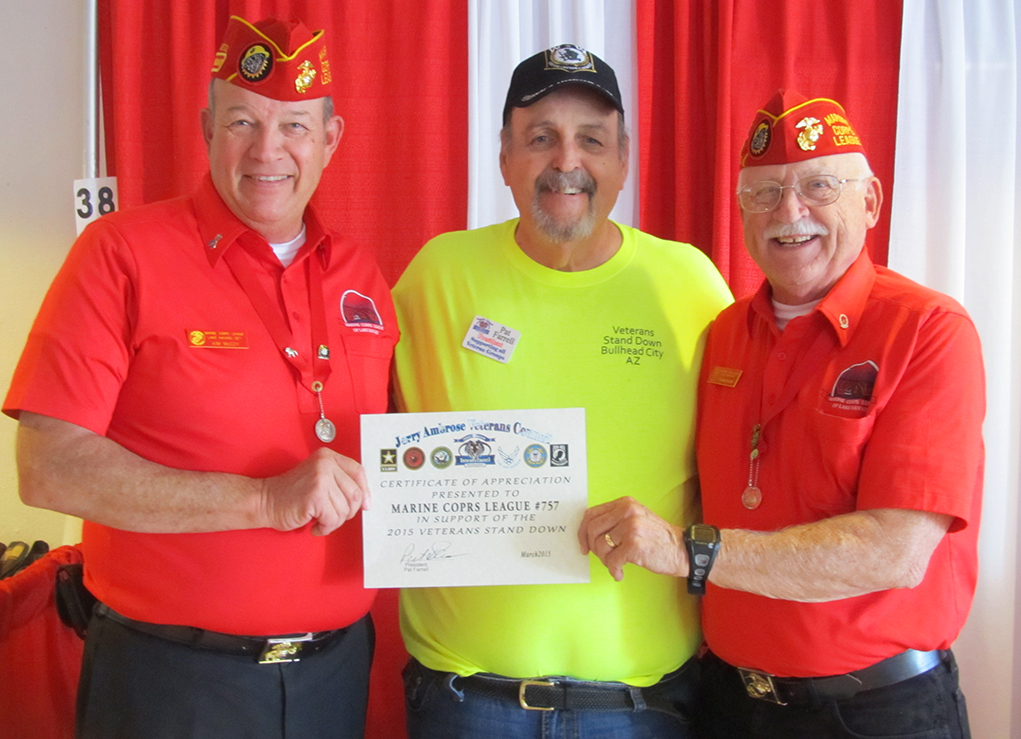 Two prominent veterans of Mohave County were recently nominated and accepted into the Arizona Veterans Hall of Fame for their continued service to veterans after their military service. They will be formally inducted during a ceremony in Phoenix Oct. 23.

Both nominees are well known in Lake Havasu City for their leadership in providing services to veterans.

Sharon A. “Lee” Borgen, of Lake Havasu City, a U.S. Navy veteran, was a veterans’ service officer for the Arizona Veterans Services in Lake Havasu City for many years. She was also Women’s Veterans Coordinator in Lake Havasu in 2007. Borgen was unable to be reached for comment for this story.

Dorn “Pat” Farrell, of Kingman, is the president of Vietnam Veterans of America Chapter 975, which meets in Havasu, Bullhead and Kingman. He is also president of the Jerry Ambrose Veterans Council of Mohave County. As JAVC president, he was instrumental in creating the annual At-Risk Veterans Stand Down in Mohave County three years ago.

“This honor is for all of those individuals, organizations, agencies and others who have supported our efforts and donated so much of their time, resources and money to give our veterans and their families a hand up,” Farrell said about being named to the Hall of Fame. “Your generosity has been recognized.”

Farrell entered the U.S. Navy Jan. 23, 1968, and was released from active duty Nov. 19, 1971. He was an Aviation Electronics Technician 2nd Class, assigned to Fighter Squadron 14 with two Mediterranean cruises on-board the USS John F. Kennedy. He has disabled veteran status because of a service-connected accident on the flight deck.

After the service, Farrell worked for the U.S. Postal Service for 27 years, retiring as Postmaster from the Connellsville, Pa., office. He moved to Arizona and went to work for the Disabled Veteran Outreach Program as a Local Veterans Employment Representative for the Department of Economic Security in the Kingman office. He was moved to the Arizona State Prison/Kingman as the Inmate Jobs Coordinator for the Cerbat Unit.

Farrell has worked for many years helping veterans. He is a Life Member of the Disabled American Vets and the Vietnam Veterans of America, Chapter 975, and a member of the Veterans of Foreign Wars and the American Legion. He is also a member of the Lake Havasu City Military Moms. He is one of the original members of the Jerry Ambrose Veterans Council of Mohave County (JAVC) founded in 2010, becoming its first vice president. He has been its president since 2011. The goal of JAVC is to provide a one-stop information center for veterans and centralization of services.

This year, 28 veterans are being inducted into the Hall of Fame, including three U.S. Army Medal of Honor recipients from the Civil War and the Indian Wars.