Local Woman Is Halfway To Goal After Losing 125 Pounds 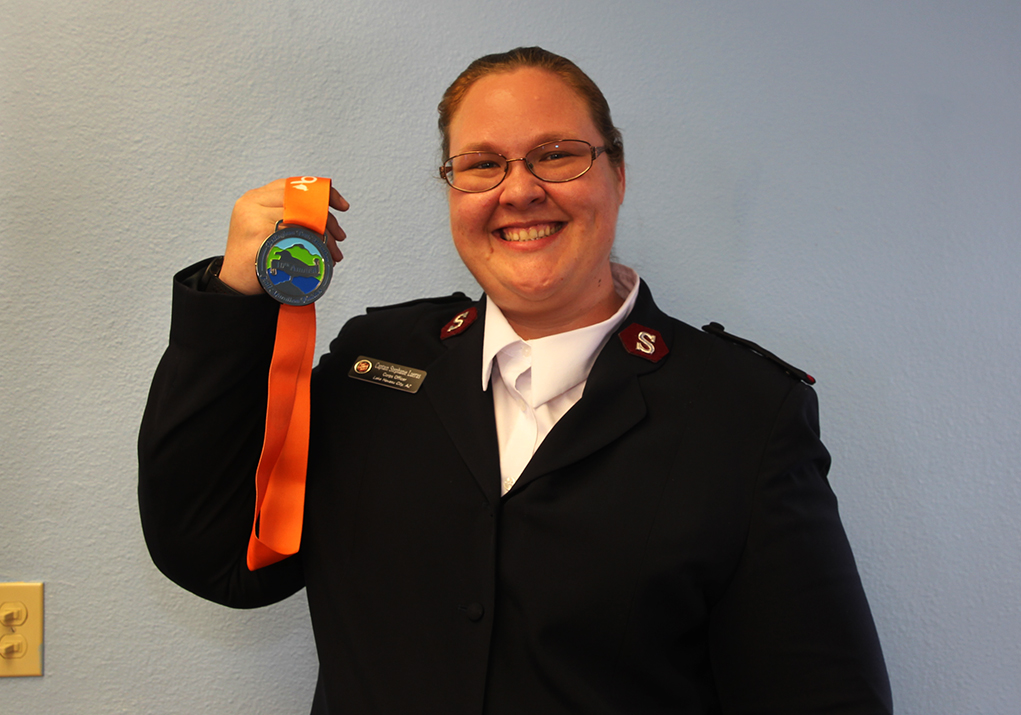 Lake Havasu City resident Stephanie Lueras, 35, has shed 125 pounds after coming to terms with more than just diet and exercise.

“I just reached that point where I was sick and tired of being sick and tired,” Lueras said. “I’ve been overweight all of my life. I’ve done every diet, and crash diet, and every weight loss program that exists. I’ve gained and lost a hundred pounds. I was miserable and something had to change.”

Lueras’ personal victory has been accomplished without surgery. The journey began in January 2015.

“I realized that I had been making a lot of mistakes in all of my weight loss attempts,” Lueras said.  “I was focusing solely on the object of weight loss. I was not looking at myself as a whole person. I needed to really overhaul all of the different areas that fed into my unhealthy habits.”

The measure included a makeover of her emotional self and her spiritual self, too. The recipe has led to her success. 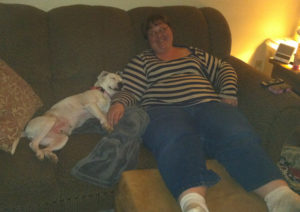 “For me, not only was it poor eating and lack of exercise but it was poor emotional health, low self-esteem issues, and a suffering spiritual life, too.” Lueras said. “I had to change a lot of areas, holistically, on all fronts, to really be successful in my weight loss attempts.”

The aspects Lueras addressed within herself and within her daily routine included unhealthy eating habits, zero exercise, low self-esteem, and a deficient spirituality.

To begin, Lueras had to admit to herself that she was eating on the fly during her busy work week that often demands as many as 50-70 hours of her time. She faced unpredictable schedules, eating while at work, and eating empty-calorie foods that weren’t fueling her way.

“My eating habits are totally different now,” Lueras said. “There’s intentional planning, which has been a complete mind-shift for me.”

She starts the day with a properly portioned breakfast of oatmeal or cereal and coffee. She pre-plans and packs healthy snacks such as fruits or veggies to consume throughout the day. The regime encourages her to get up from her desk.

“I call it the toddler diet,” Lueras said. “I snack throughout the day. It took practice and research and a couple months to settle into a routine. I had to tell myself it’s OK to fail a few times, it didn’t have to be perfect.”

Adding exercise into the mix was another element she had identified during her self-evaluation.

“I knew exercise was healthy, that it’s part of a healthy existence,” Lueras said. “At my highest weight, I couldn’t walk to the end of the street and back without feeling like I was going to die. In my 30s, I shouldn’t feel that way.”

Most days, Lueras commits to 30-45 minutes a day to exercise. As she currently trains for her second half-marathon, activity includes running three or four times weekly, alternated with strength training, yoga, and time on the elliptical while hitting the gym. One day a week is dedicated to long runs lasting up to three hours. 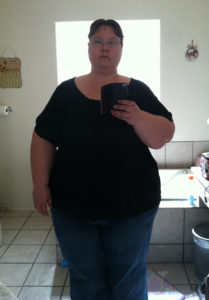 “I’m one of those people who always, always, always hated exercise,” Lueras said. “I’m a princess. I don’t want to sweat. But, I think running is kind of cool.”

It was about four months and 40 pounds into her weight loss journey that she joined a gym. It is there where things ratcheted up a notch in identifying and implementing a training plan.

“Emotional health and low self-esteem, I think, in general as women, is something we all struggle with on some level whether we admit it or not,” Lueras said. “It’s probably because I was overweight all of my life but I always felt like I’m not good enough, I’m not pretty enough, I’m not good enough for whatever the reason – fill in the blank. That tape plays over-and-over again and filters into whatever you do. I can see how it has hindered my success in everything and I had to find ways to stop the lies. I’m not perfect, but I’m OK where I’m at.”

Lueras continues the learning process when it comes to being proud of herself and her accomplishments thus far. She is a work in progress with goals of losing another 120 pounds. And, running three more half marathons in 2017. One is scheduled for January. Lueras also strives to run a full marathon, or 26.2 miles, in 2018.

Looking back, she hardly recognizes herself.

“It’s very much a disconnect most days because I feel like 100 percent a different person, physically, emotionally and spiritually,” Lueras said. “To look at where I was and see where I am now, I can’t relate the two. I live in the now, but I cling to the past. I don’t like change. In my mind, I’m still the person that hasn’t lost an ounce, lazy and complacent, and throwing my own pity party because I was so miserable.”

There were and are times along the way where she wants to quit but she pushes on.

“I look at it in that it’s not a diet, it’s not something to quit, this is just life now,” Lueras said. “I’m going to have days when I eat poorly, when I may make bad choices, I may skip a few workouts. It all comes down to my choices. There are more good than bad and that’s going to determine how the future goes forward.”

Lueras and her husband Bob both are Salvation Army Corps officers. Lueras, who leads the congregation at Havasu’s Salvation Army, had to step back and realize there was an element of spiritual self-care missing from her weight loss equation. As a pastor, it was hard to face. 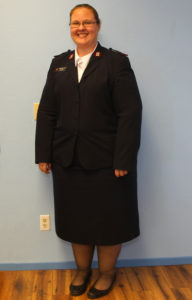 “I had come to a point where I wasn’t growing spiritually,” she said. “My spiritual life was just revolving around my church life, the programs, and Sunday worship. I was not enriching my personal relationship with God. I needed to back off and carve out that intentional time to revive those spiritual disciplines in my life that were just for me – that had nothing to do with my church or my congregation – to improve my walk with God.”

Reaching out to different groups where she wasn’t the leader was the key.

“I think that was helpful,” Lueras said. “To be able to step aside and not have to be the leader all of the time.”’

Lueras’ advice to someone wishing to get started on their own weight loss journey was plain and simple.

“Start small,” she said. “Pick one thing to change and just do it. It doesn’t have to be perfect. You can’t do it all overnight … find people who will hold you accountable.”

Lueras’ is fortunate with many different types of people in her life to turn to about different aspects or concerns. Her doctor, for one, is her biggest cheerleader, she said. Fellow pastors or people within the realm of her ministry are others. Her husband is her partner when it comes to this healthy lifestyle.

“We have different motivation, but similar goals,” she said.

The couple has been married eight years, which is as many years as they’ve been Salvation Army Corps officers. They’ve been in Havasu two and a half years. Their previous post was in southeast New Mexico.

Lueras blogs online about the ups and downs within her weight loss journey. It is called Stephanie Under Construction.

“I like it because it gives me a chance to put out there that not every day is sunshine and roses,” she said. “My bottom line in every day is hope. I’m in the hope business. That’s not to say that life’s not rough because I see with the people I work with in daily life – life’s rough.”

Salvation Army also hosts a non-denominational Christian weight loss support group coined “The Person Within” at 1 p.m. on Fridays. There is no weigh in and there are no costs. It is led by Adella Rule. Salvation Army is at 2049 Swanson Ave., in Havasu.