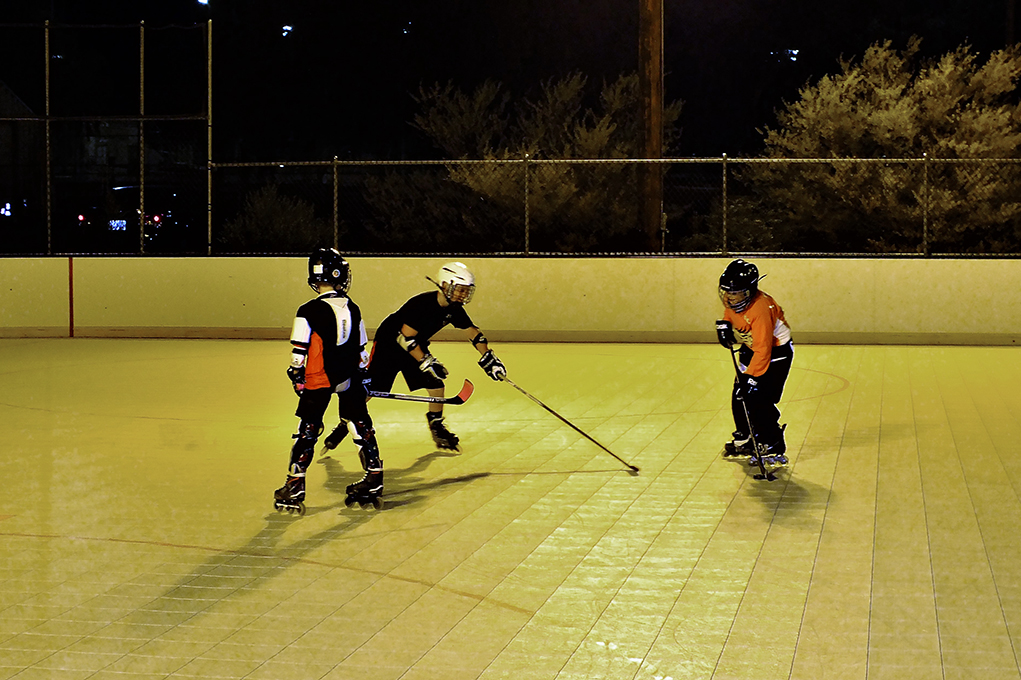 The Rotary Rink, located at SARA Park, is home to both a youth and adult hockey leagues. It is that time of year again when the air cools and the skates go on.

The Havasu Dust Devils have been Lake Havasu City’s only youth hockey league for nearly 20 years and is still a lesser known community activity that is offered in the area.

Jamie Baltins has been coaching the team for more than eight years with assistant coach, Brandon Fasching for four years.

“My favorite part on the coaching end is to watch the kids develop into good skaters where they can make plays and shoot goals. It’s building their character and their confidence level. Watching them from barely even being able to stand up to zip down the rink without any worries. That’s what makes me the happiest out here,” Baltins said. 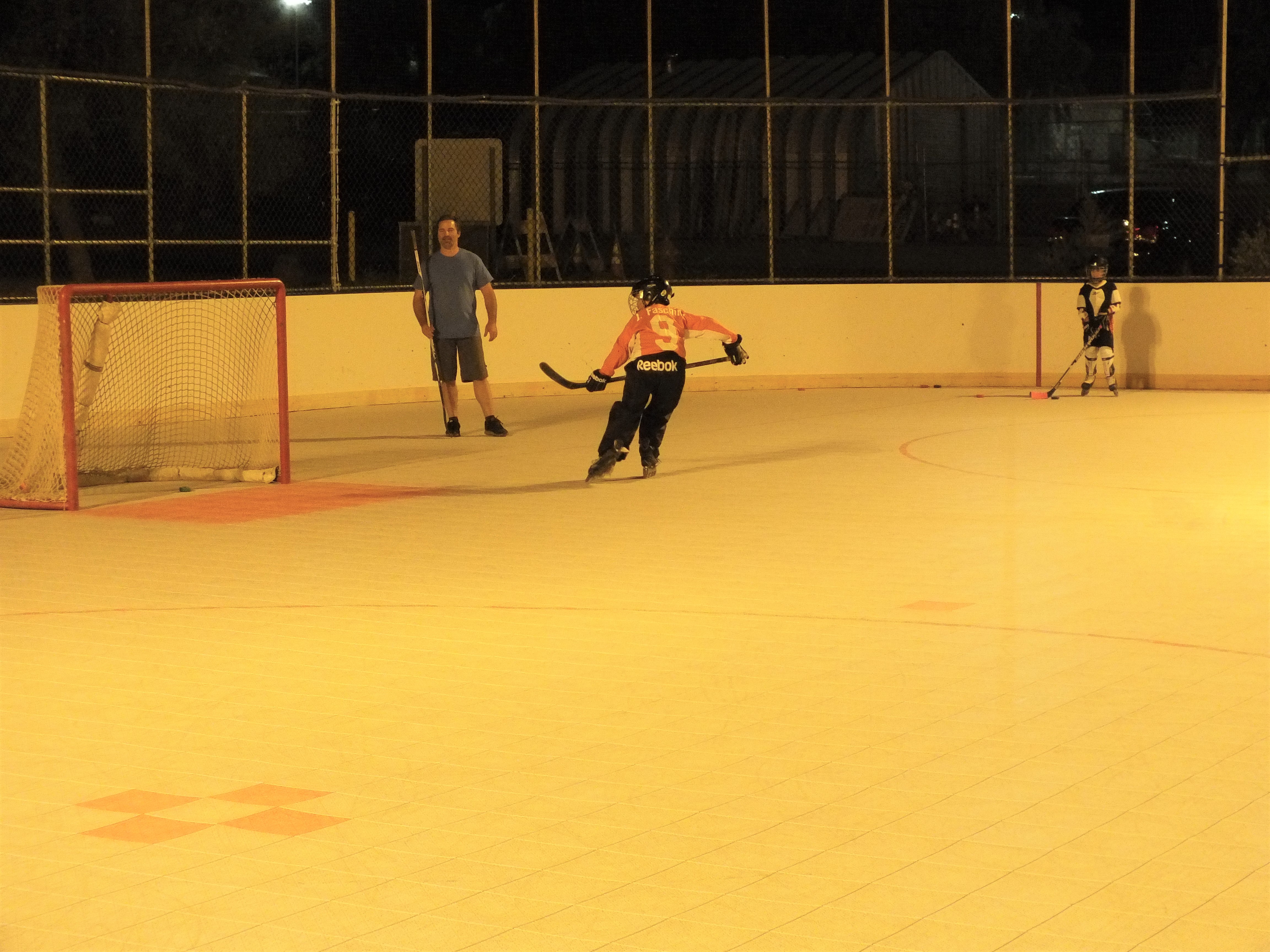 “My favorite part about hockey is scoring goals. The hardest part is stealing the puck. [I started playing] after watching the Coyotes,” said 8-year-old Kylee.

Once a month, teams travel to one of the above locations for a weekend long tournament. The yearly finals are in Queen Creek.

There are currently 10 kids on the team spanning from 8/under to 18/under. Kids can participate as young as 5 years old if skillfully able. Depending on skill level, many players are able to play in the division above their age level.

“My favorite part is that you can have fun, you can win,have celebrations, get ice water poured on your head. The hardest part is trying to score a goal,” said Brandon Nall, 8.

“[We work on] mainly teamwork, trying to get them to work as a team, not just individuals. Instead of going for a shot, going for a pass. An assist is just as important as a goal, I like them to think of that,” Baltins said.

The team provides used equipment for player for the season. Equipment items include helmets, elbow pads, knee pads, girdles, sticks and pucks. There are also starter skates available to be rented for the season for $25.

“My favorite part is that it feels good going down the rink and playing against opponents. The hardest part is aiming when your are shooting. I play defense so I’ve learned how to take long shots. The hardest position I would say is Goalie,” said Matthew Baltins, 10. 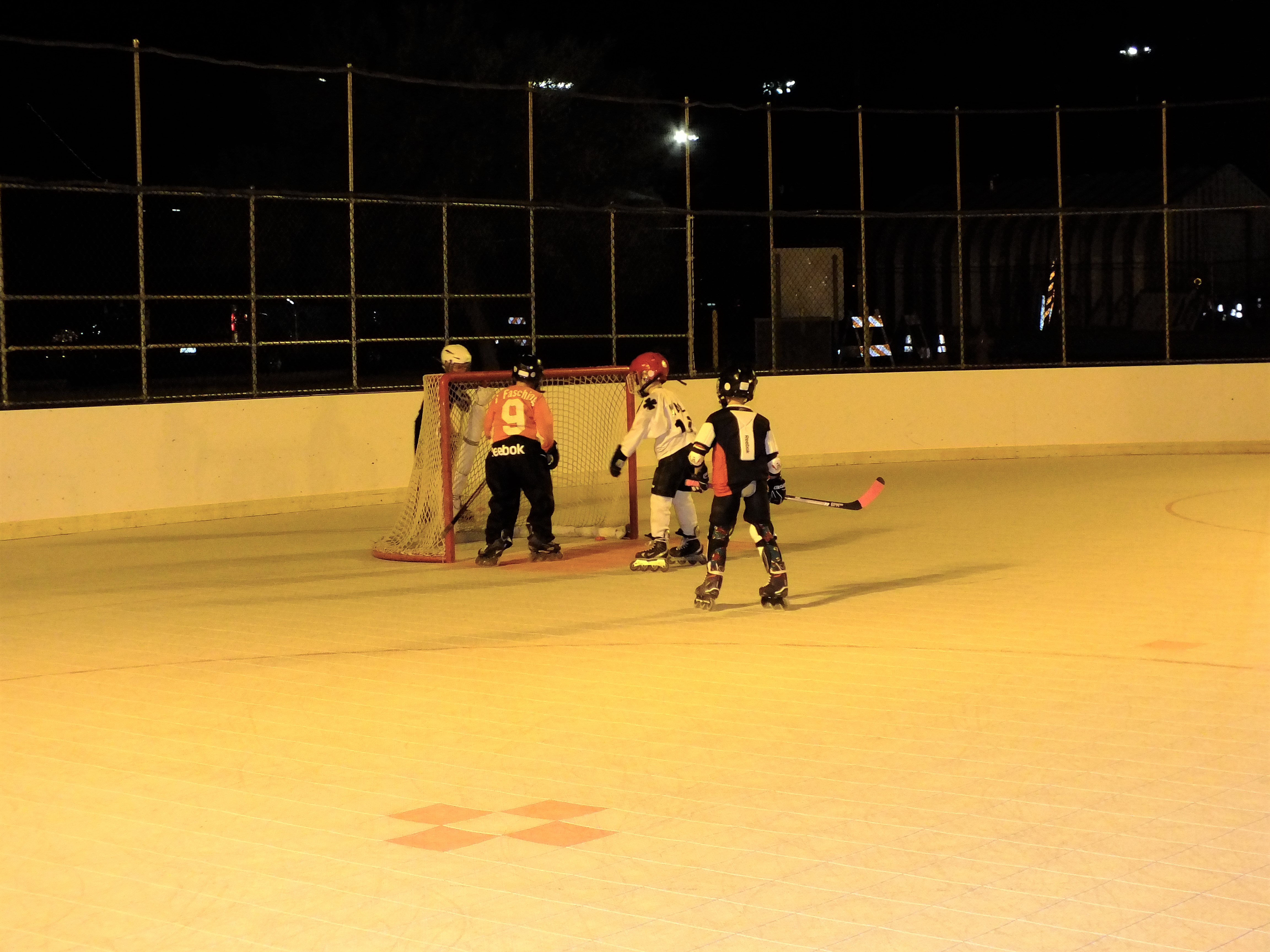 Participant fees for the tournament series is $50 per tournament, translating to roughly $300 per season.

The league meets on Tuesdays and Thursdays from 6 to 7 p.m., at Rotary Rink behind the Ball Fields.

“This is my third year playing. I do left wing. My favorite part about hockey is that you can play with your teammates and other teams. The hardest part is to get past the goalie,” said Jack Fasching, 10.

At the south entrance of the park, off State Route 95, turn right into the first parking lot and drive to the back of the lot. There will be a back road, turn left and it will lead to the rink.

“My favorite thing is going faster. If I was going to get a pass, the speed makes it easier to shoot. I started playing because of my brother,” said Ellis Osmond, 9.

Those interested in joining the Havasu Dust Devils, coach Baltins recommends them show up to a practice to get a feel for the team and then register through IHAAZ.