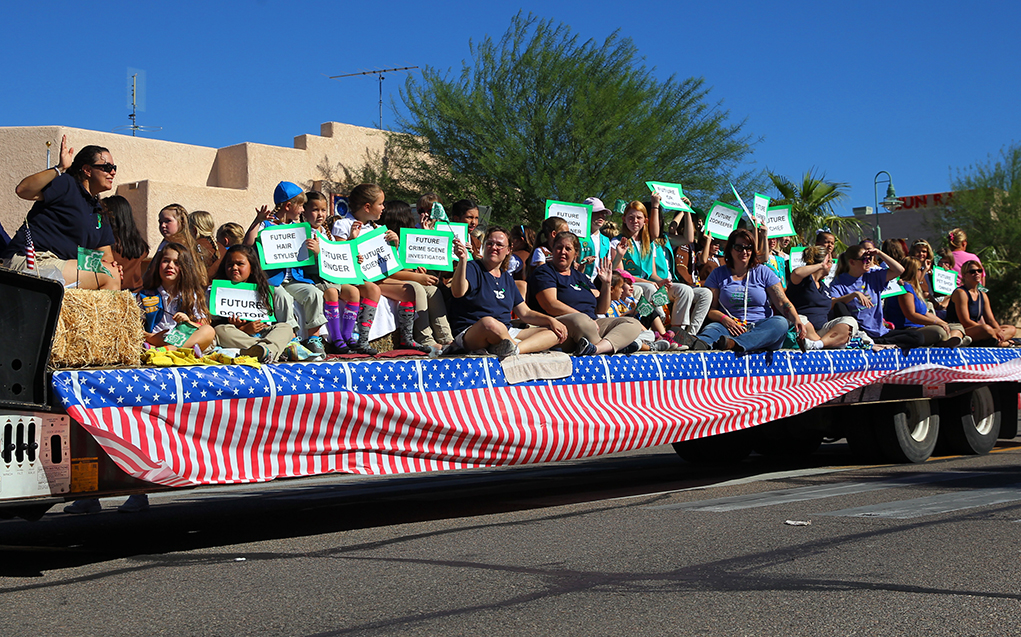 The 45th London Bridge Days Parade entry deadline is Wednesday and organizers are anticipating about 70 entries for this year’s event.

Last year’s parade had about as many entries but there is no limit as to how many can enter. There is no entry fee. This year’s theme is “A Salute to Havasu’s Volunteers” and organizers encourage the theme to be adhered for reasons of judging. 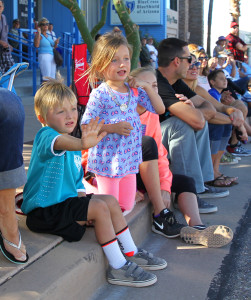 Kids line the sidewalk during the 2015 London Bridge Days Parade to watch the floats go by. Jillian Danielson/RiverScene

The 1.5-mile parade travels downhill along McCulloch Boulevard from Acoma to Capri, near Wheeler Park. The festivities begin at 10 a.m. on Saturday, Oct. 29. This is one of Lake Havasu City’s longest running local events and considered a favorite among the many events celebrating the city’s heritage during London Bridge Days. As many as 3,000 spectators are expected to turn out.

This is the third year that the popular parade has been in the hands of one local man who has been paying in forward in Lake Havasu City through volunteer efforts for many years.

“For the most part, I grew up here,” said Joe Tobin, London Bridge Days Parade committee chairman. “I’ve grown up going to the parade as a little guy.”

Tobin’s history with charity events associated with the local firefighter union group, Lake Havasu Professional Firefighters Association, is vast but he simply was looking for something different, he said. 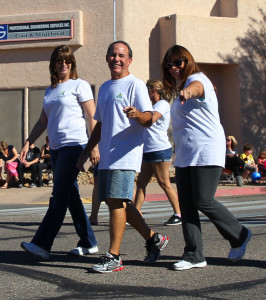 Tobin’s interest peaked with the retirement of Jim Day, who had been the parade’s front man for about 40 years. Day still is hands-on with the parade and is acting as an event-coordinator mentor to Tobin at times, he said.

“I figured, ‘why not? What the heck.’”, Tobin said of stepping in to take it on.

“I can remember when I was young there was a lot more entertainment stuff,” he said. “We’ve really been working to bring big bands in.”

With music programs suffering cuts in Arizona and its surrounding states during recent years, the affects have trickled to the London Bridge Days Parade. There’s just no money for them to travel for stuff like that, Tobin said. 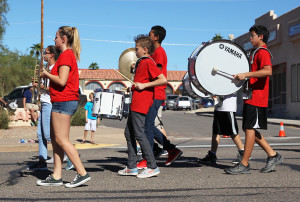 In the past, big bands from the Las Vegas, Nev., cities and towns along the Colorado River valley, like Yuma, were attending. This year, parade watchers can expect a fewer. However, In-N-Out Burger in Lake Havasu City stepped up to sponsor a band’s travel expenses.

It’s too late this year to sponsor bringing a band in but the parade committee wants to get the word out into the community for next year’s efforts. It’s a much different way charity monies can be donated for the community’s enjoyment.

For more information about donating or sponsoring a travelling band for next year’s event, please contact Tobin at 928-486-6884, or email him at joetobin37@me.com. Arrangements are required about six months ahead of time because of any general schools’ scheduling systems. 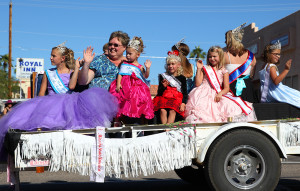 On the day of the parade, a handful of judges will be choosing the best ones based on incorporation of theme, craftsmanship and originality. Trophies are presented at the starting point of the parade for first, second, and third place in the categories of Commercial Float, Non-commercial Float, Youth Float, Decorated Vehicle; Drill Teams; and Equestrians.

Here is a link to this year’s online application:

The applications also are available at the Lake Havasu City Chamber of Commerce office, at 314 London Bridge Road, in Havasu.

The parade’s other committee members include Tobin, Day, Marquita McKnight and Mike Connelly, all of Havasu. 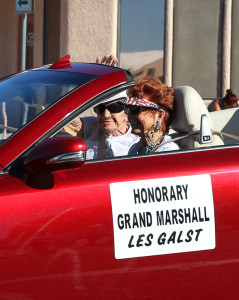