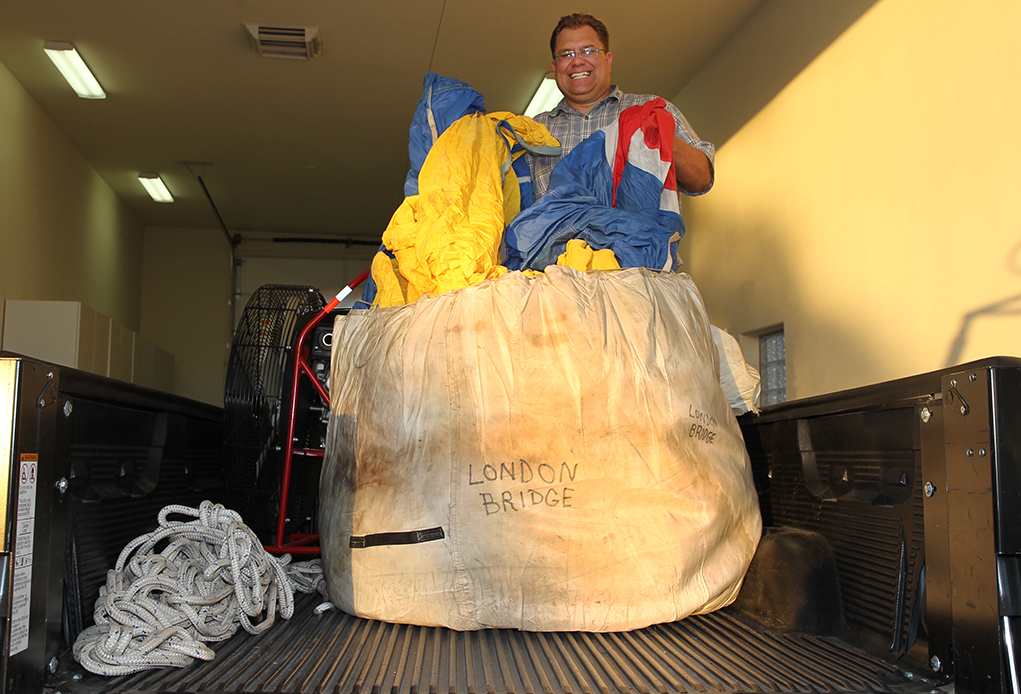 The hot air balloon that floated over the London Bridge in Lake Havasu City when it was dedicated Oct. 10, 1971, disappeared for many years and only recently resurfaced. 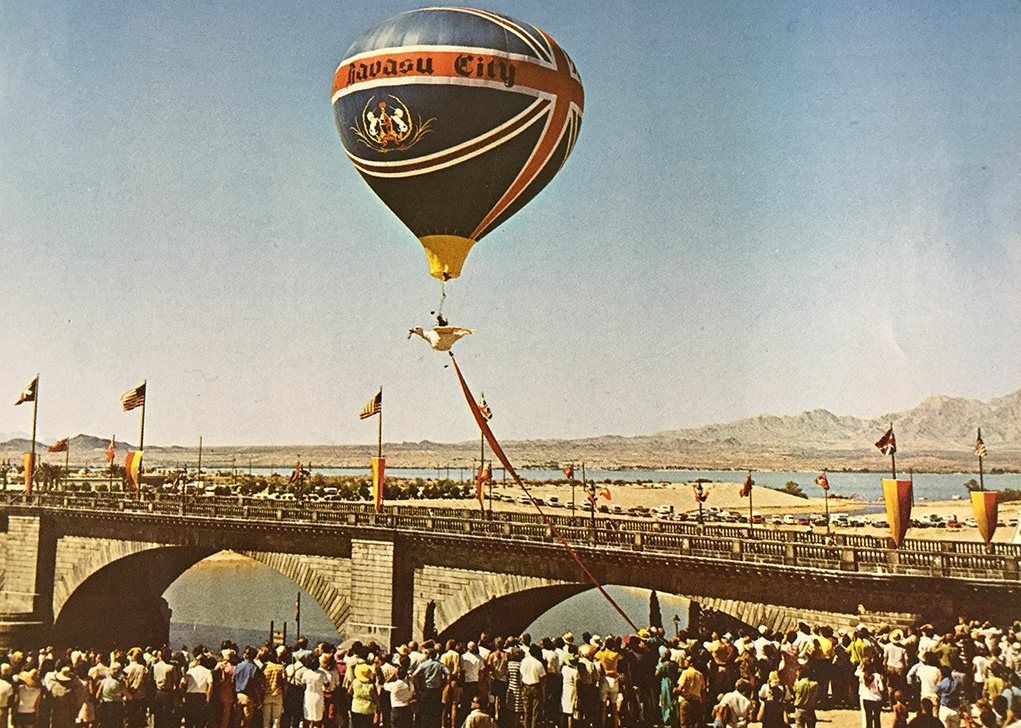 Lake Havasu resident Dean Baker, a hot air balloon pilot, received a phone call from a fellow pilot from Palm Springs, Calif., who told him he thought he found the London Bridge
balloon in his airplane hangar.

“There are about 7,000 hot air balloon pilots in the U.S.,” Baker said. “And they are well-connected. We all keep in touch and know what’s going
on in the hot air balloon community.” So when the pilot in Palm Springs came across the balloon, he called Baker.

“I was amazed at what good shape it was in after 40 years,” Baker said.

“We rummaged through the hangar looking for it, and there it was,” Baker said. Any doubts he had about it being the real London Bridge balloon vanished when he turned over the bag in which it was stored. “Printed on the bag was ‘London Bridge,’” Baker said.

Baker purchased the balloon from the pilot for $500 and it is now in his garage at home. 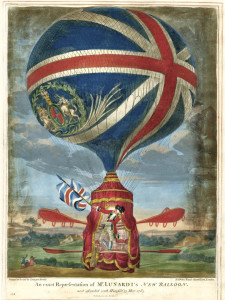 McCulloch had the balloon designed after the hot air balloon that flew over the London Bridge in London when it was dedicated in 1831. That was the same bridge that McCulloch purchased in 1968 to be brought to Lake Havasu and reassembled over what was to become the Bridgewater Channel.

The Havasu London Bridge balloon was meant only to be tethered to the ground, and did not have FAA approval to be flown. During the 1971 dedication, attended by 50,000 people, the parade began on the Island and crossed the London Bridge, where the balloon was tethered to a cornerstone of the bridge. The Lord Mayor of London was present for the dedication, and he was given the honor of pulling the cord to release the balloon, which floated upward, but remained tethered.

“At the same time,” Baker explained, “3,000 pigeons and 3,000 helium balloons were also released. And that’s where all of our pigeons around the channel came from.”

Baker isn’t sure how the balloon vanished from Havasu. The balloon was built by George Stokes of California, and he thinks McCulloch may have given it to him, because in 1976 Stokes and a cameraman were flying in the balloon over Miami to film a movie. The balloon crashed into a swamp, and the Coast Guard rescued both men, who were uninjured. 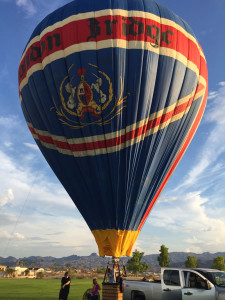 Baker inflates the balloon in Lake Havasu for the first time since 1971. Submitted photo Erika McPherson

Stokes was a premier builder of thermal airships (blimps) and designed and built the airship “Jungle Spaceship” which was used in the first attempt to explore jungle canopies. Stokes is 78 years old now, and Baker is attempting to contact him and offer to fly him to Havasu for the re-dedication of the London Bridge balloon.

Baker has been repairing the balloon for several weeks now and plans to have it ready for the London Bridge Days celebration in October. The basket wasn’t with the balloon; it no doubt deteriorated over the years. Baker will use his own basket on the balloon, and will tether it for viewing at Springberg-McAndrew Park on McCulloch Boulevard Oct. 28, wind permitting.

“I’ve been testing it,” said Baker, “and it’s almost ready.”

Asked what he plans to do with the balloon after its debut during London Bridge Days, Baker pondered it for a moment and thought the perfect home for it would be the Lake Havasu Museum of History.

“I’d like to see it displayed in its bag, where visitors can see ‘London Bridge’ printed on it,” Baker said, “with part of the balloon spilling out of the bag for people to see.”

He would also like to borrow it back from the Museum to put it on display every year during London Bridge Days, for all the people of Lake Havasu to enjoy its beauty and recognize it as an important part of Havasu’s history.