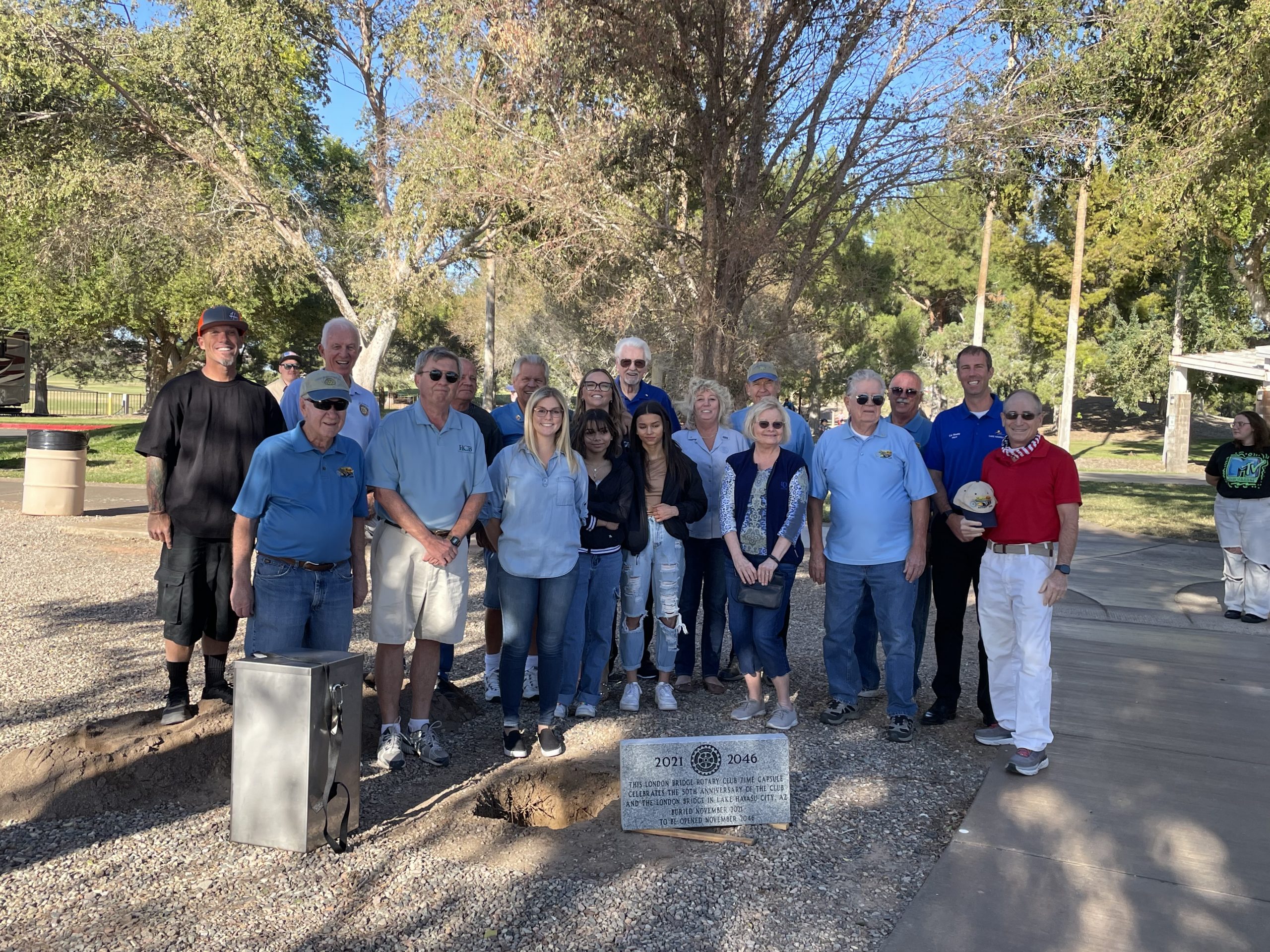 The club is celebrating its 50-year anniversary, along with the 50th anniversary of the London Bridge.

The capsule’s contents include the story of the London Bridge Rotary Club.

Ed Weber, a 12-year member, said the capsule tells the story of everything London Bridge Rotary club does.

“It lists the charities we support, the projects we do like the clock downton and Rotary Community Park. Our charities like Kinderswim and Adopt a Family that we do for the holidays,” Weber said.

There is the first Rotary Commorative London Bridge Days coin and the last one – the first produced in 1971 and the last this year. There is a shirt and a hat with the London Bridge Rotary club logo and a club flag. Each of the club members included a business card in the capsule and there is a list of the members who started the club in 1971.

The stone maker desisgnating the burial site is located near the bocci ball courts in Rotary Community Park.

Weber said he originally suggested the time capsule idea to the club because he wanted to get the club and its work more visible to the community.

In 2046, when the time capsule is set to be opened, it will be the 75th anniversary of both the club and the bridge. 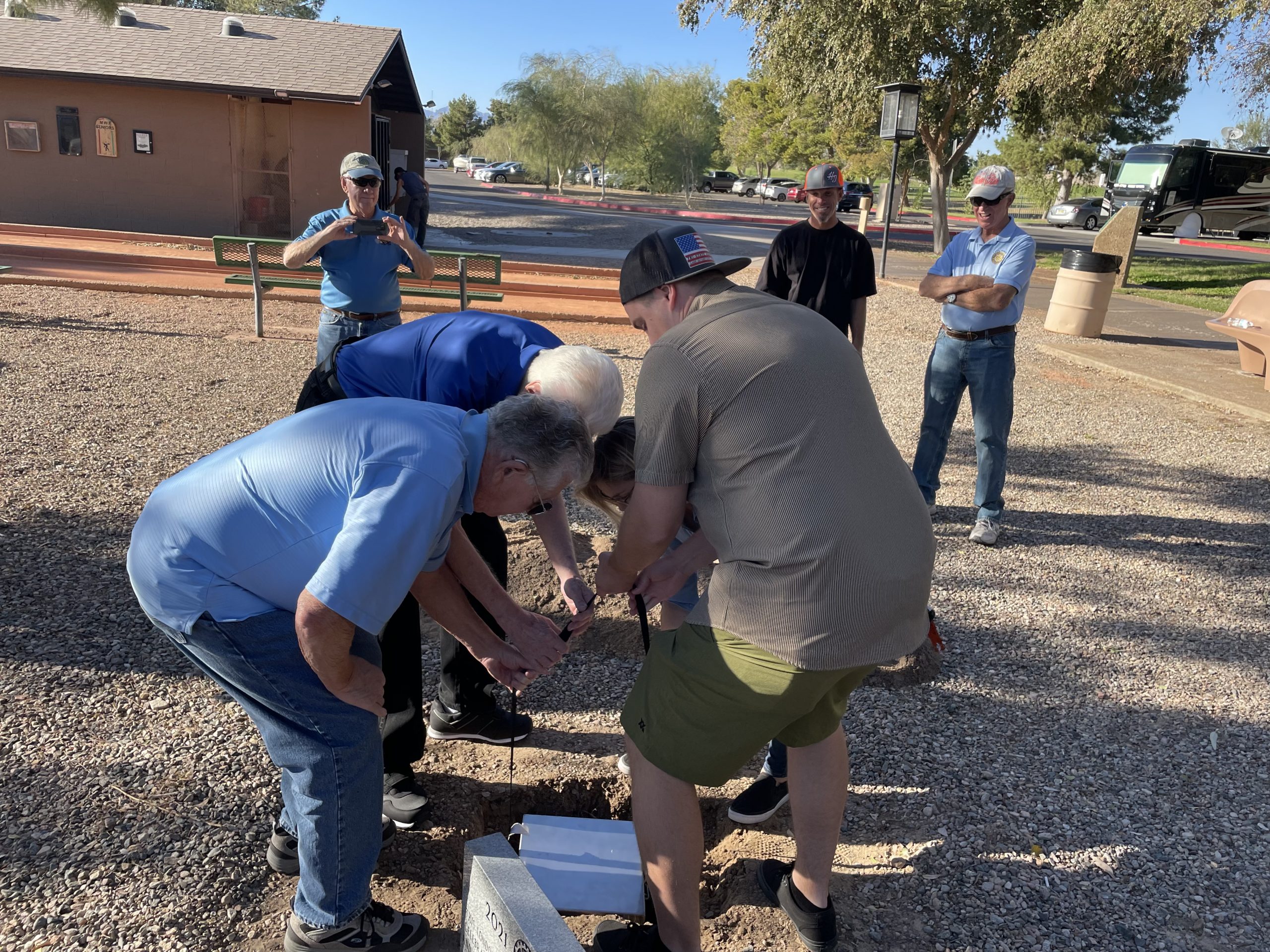