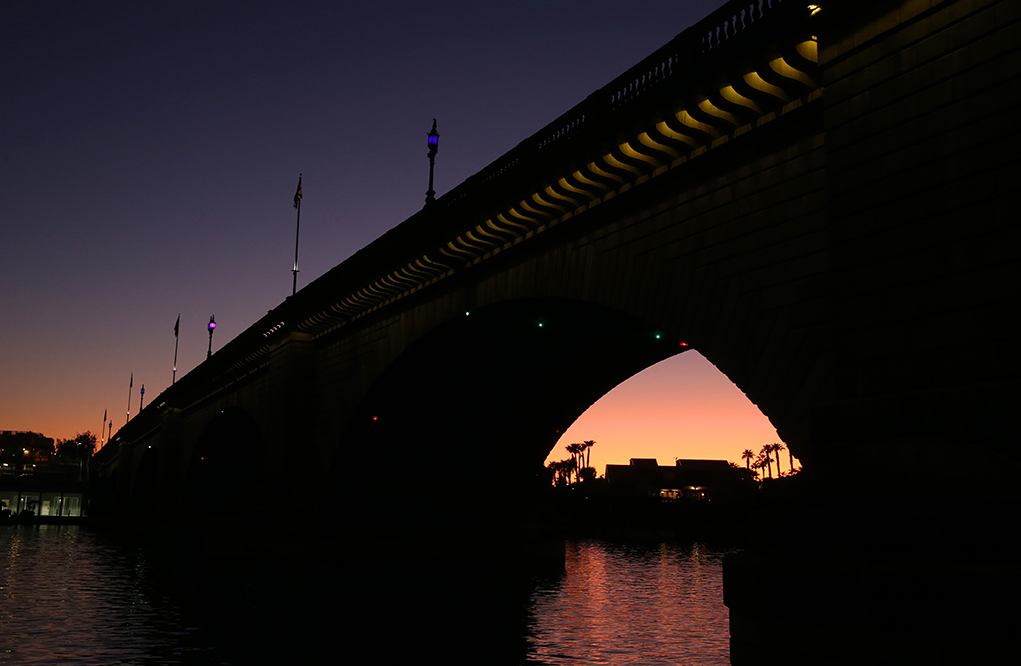 When lights atop the London Bridge turned purple Friday evening, it marked the beginning of Domestic Violence Awareness Month.

Mayor Cal Sheehy read a proclamation under the Bridge to begin the ceremony and spoke about how important it is to help those suffering from domestic violence. City Council members also marked the observance. 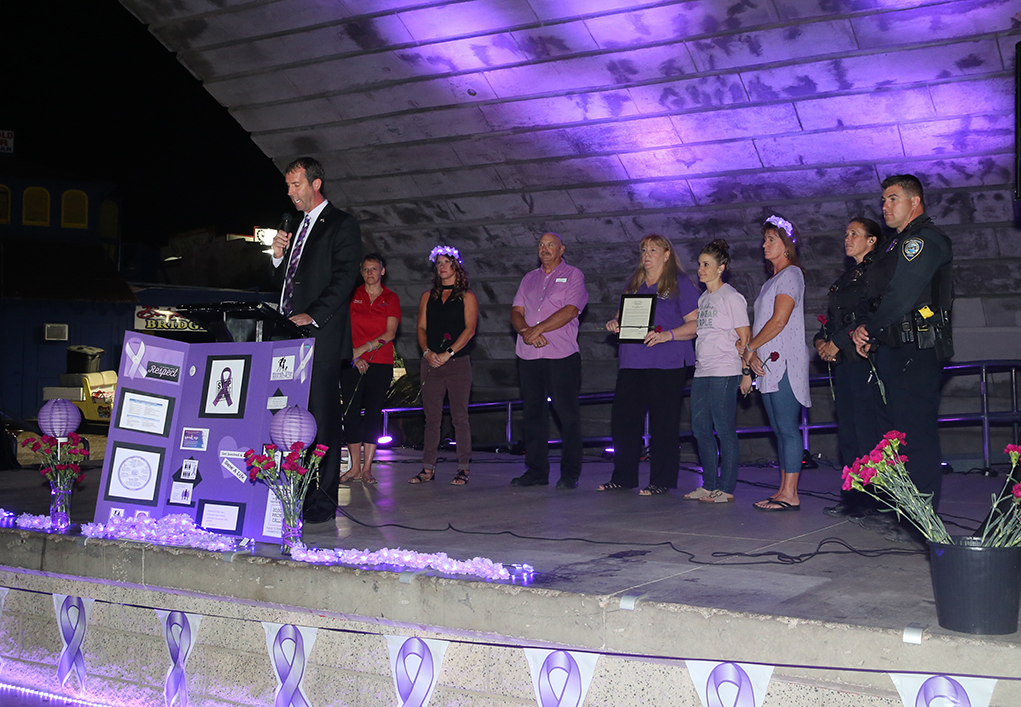 According to the National Domestic Viiolence Awareness Month website, the U.S. Department of Justice estimates that 1.3 million women and 835,000 men are vitims of physical violence by a partner every year. Every nine seconds, a woman in the U.S. is beaten or assaulted by a current or ex-significant other. And one in four men are victims of some form of physical violence by an intimate partner.

After the  ceremony, participants tossed purple carnations into Bridgewater Channel in remembrance of loved ones who were victims of domestic violence. 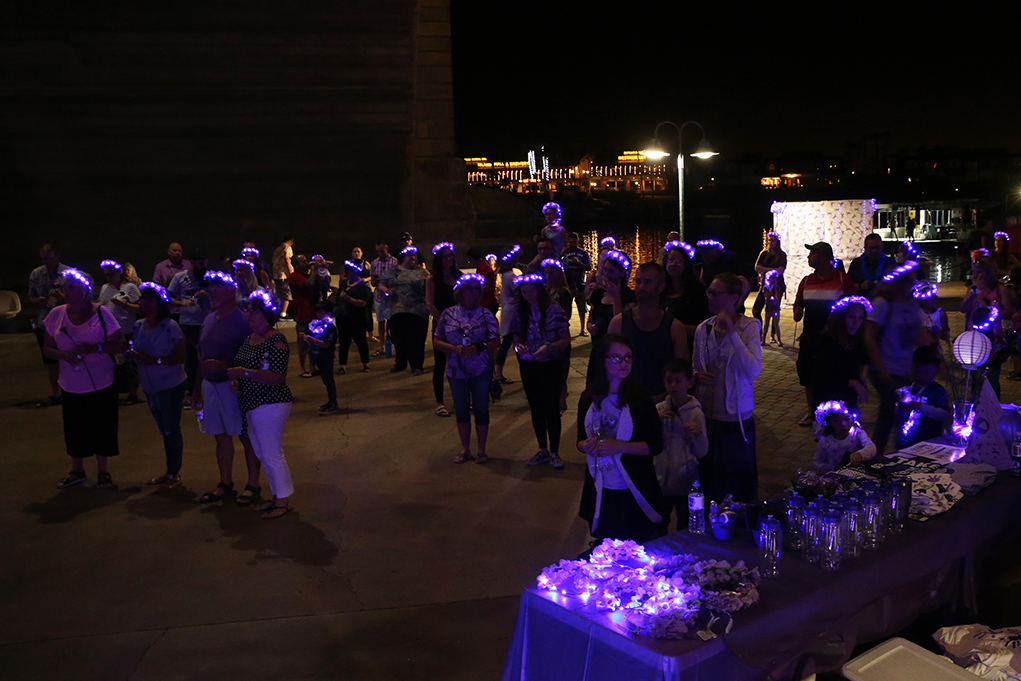 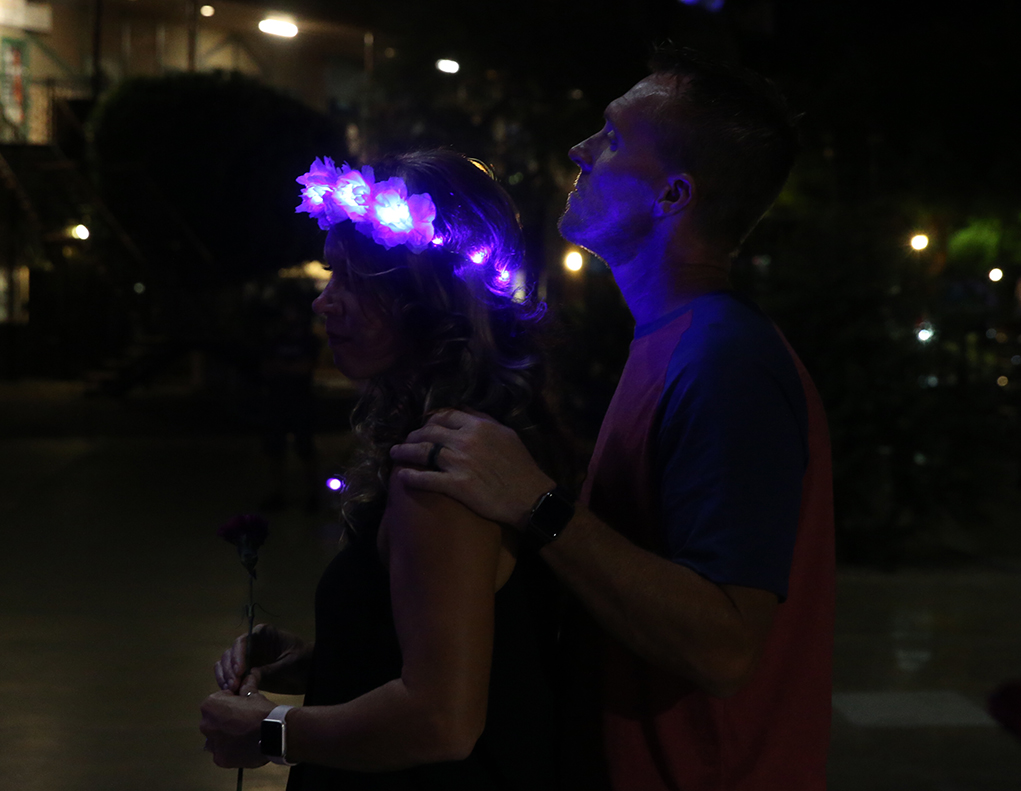 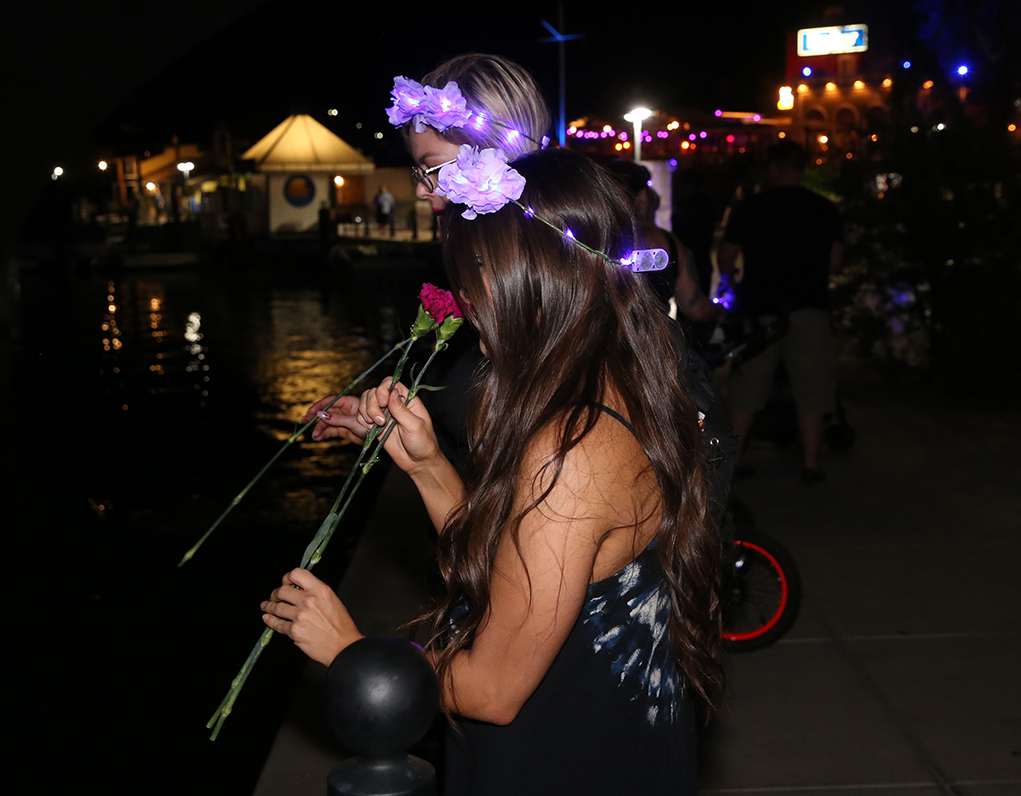 Avalon Verdone prepares to toss a carnation into the water in remembrance of her brother, Primo Verdone. Jillian Danielson/RiverScene