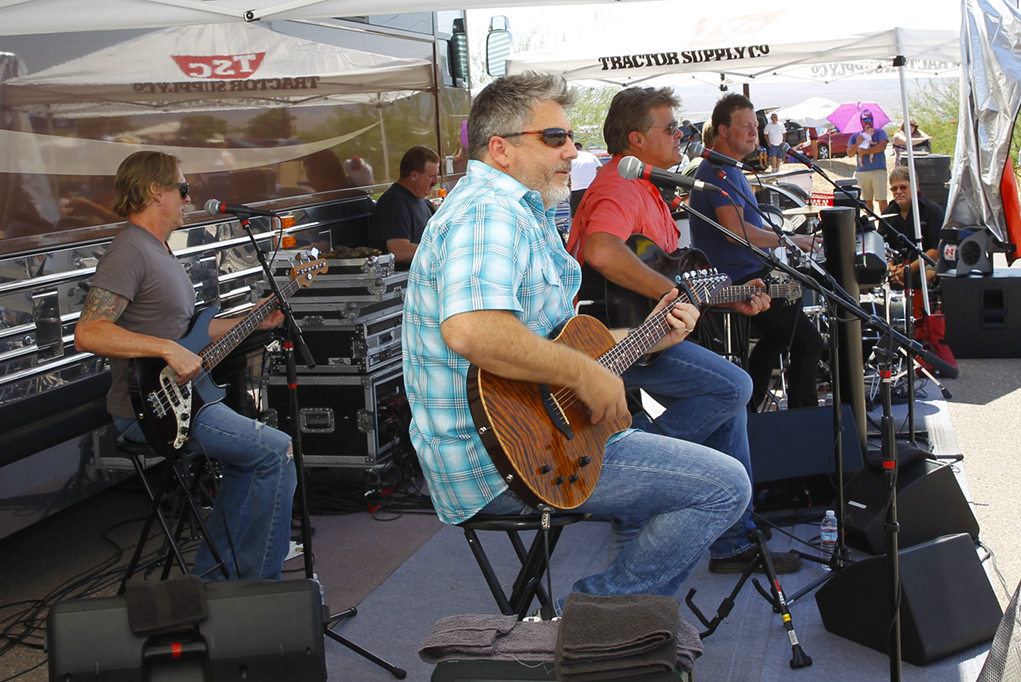 The hit country band Lonestar paid a visit to Lake Havasu City’s Tractor Supply store today, where they performed a free concert for fans from all over the Tri-State area as part of their “Life As We Know It” tour. 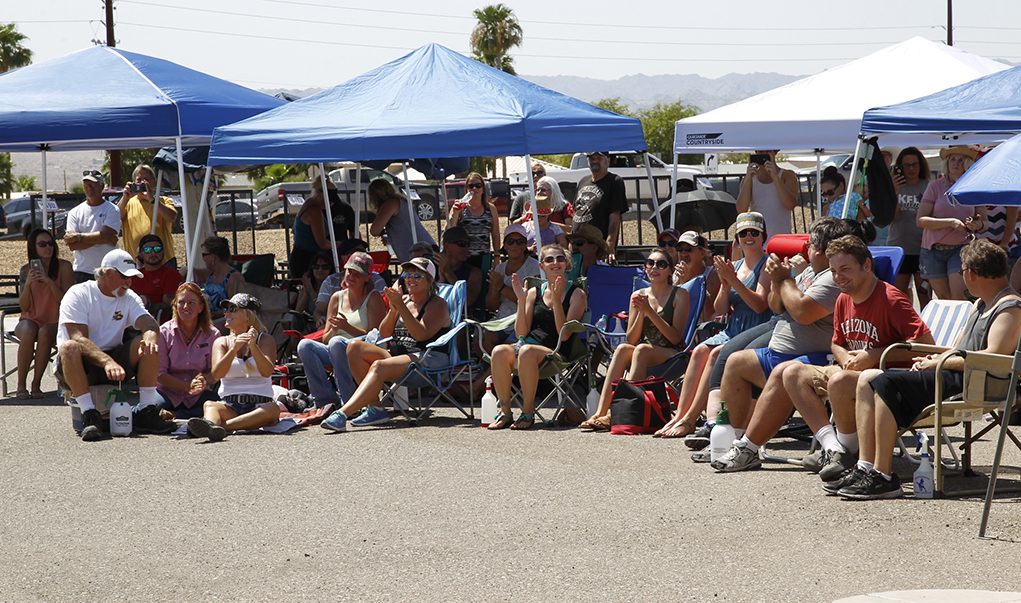 Fans applaud during one of the songs sung by Lonestar on Sunday afternoon at the Lake Havasu Tractor Supply Store. Jillian Danielson/RiverScene

The band, which has been together more than 25 years, consists of four members, Richie McDonald, Michael Britt, Keech Rainwater and Dean Sams. Together they have sold more than 10 million records and have 10 number 1 hits, and they recently released a new album titled “Never Enders.”

“Tractor Supply, what they are all about is what we are all about,” said Sams while addressing the crowd. “[Their sponsorship] was a perfect fit.” 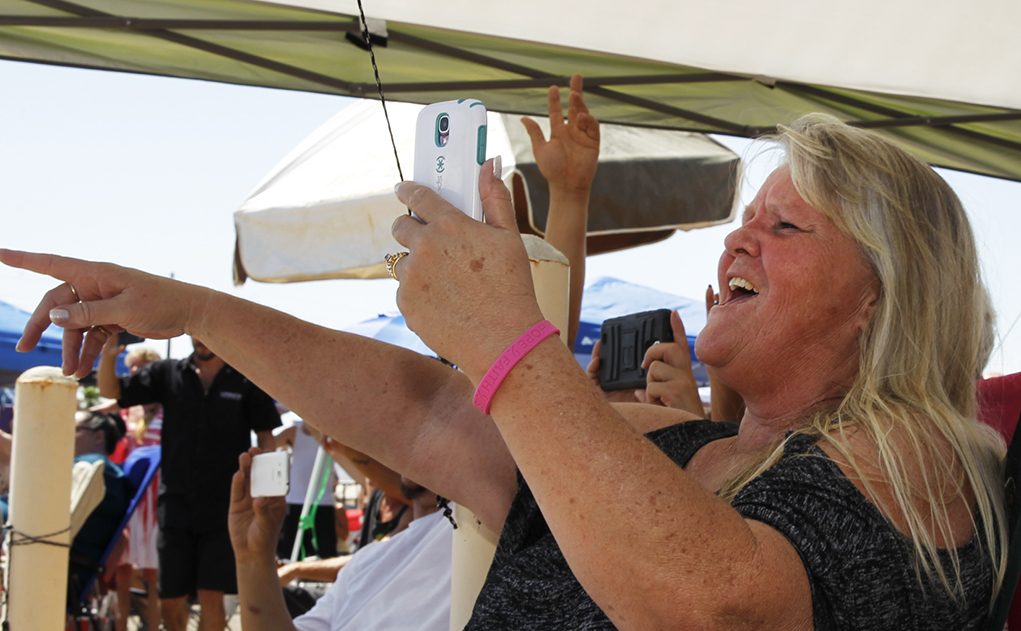 Susan Johnson sings along with one of the songs sung by Lonestar Sunday afternoon in Lake Havasu City. Jillian Danielson/RiverScene

Lonestar had many fans in town who braved the 105-degree heat as they eagerly waited for the show to begin.

Sherry Hartman, a Havasu local, even took the day off work so she would be able to see them perform. 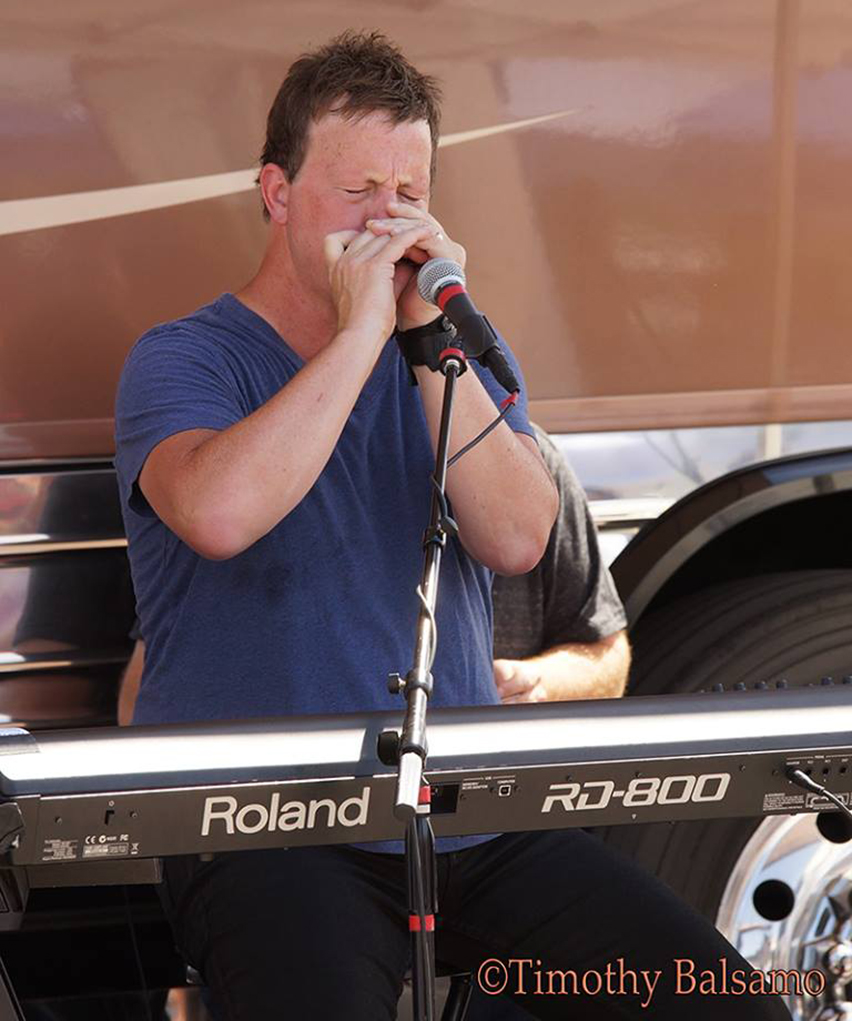 “This is the first concert I’ve ever been to,” said Hartman. “I love Lonestar and I love their music!”

Another fan, Sarah Thomas, traveled from Quartzsite to see the band. 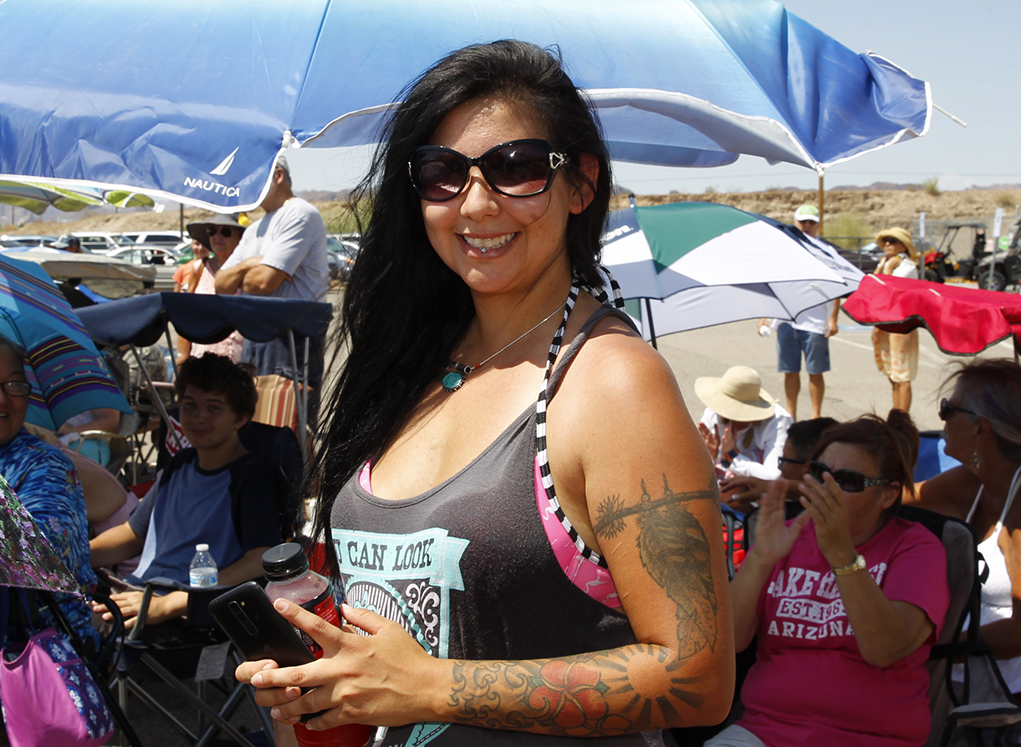 Sarah Thomas, who traveled from Quartzite, poses for a photo before the Lonestar concert in Lake Havasu. Jillian Danielson/RiverScene

“I’m a diehard country fan,” said Thomas. “I was so excited, I had to look it up a few times to make sure it was actually happening, I couldn’t believe it!”

Lonestar performed a medley of their hits, such as “Amazed” and “Mr. Mom,” along with a few covers. Afterward they took part in a meet and greet in the store where they posed for pictures with fans. From here, the band will be traveling to Turlock, Calif., where they will be performing at the Stanislaus County Fair. 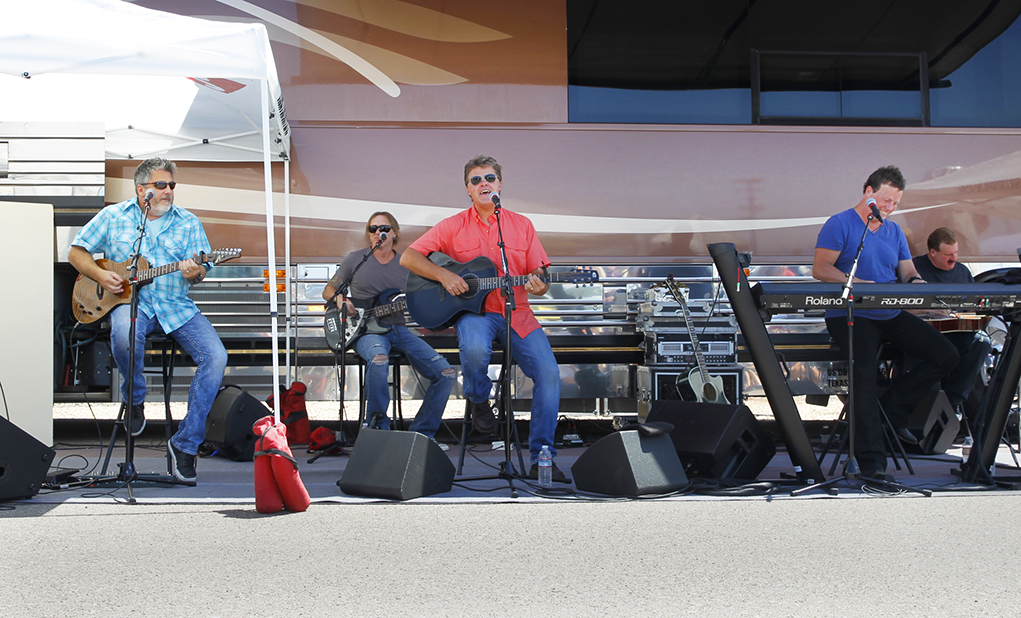 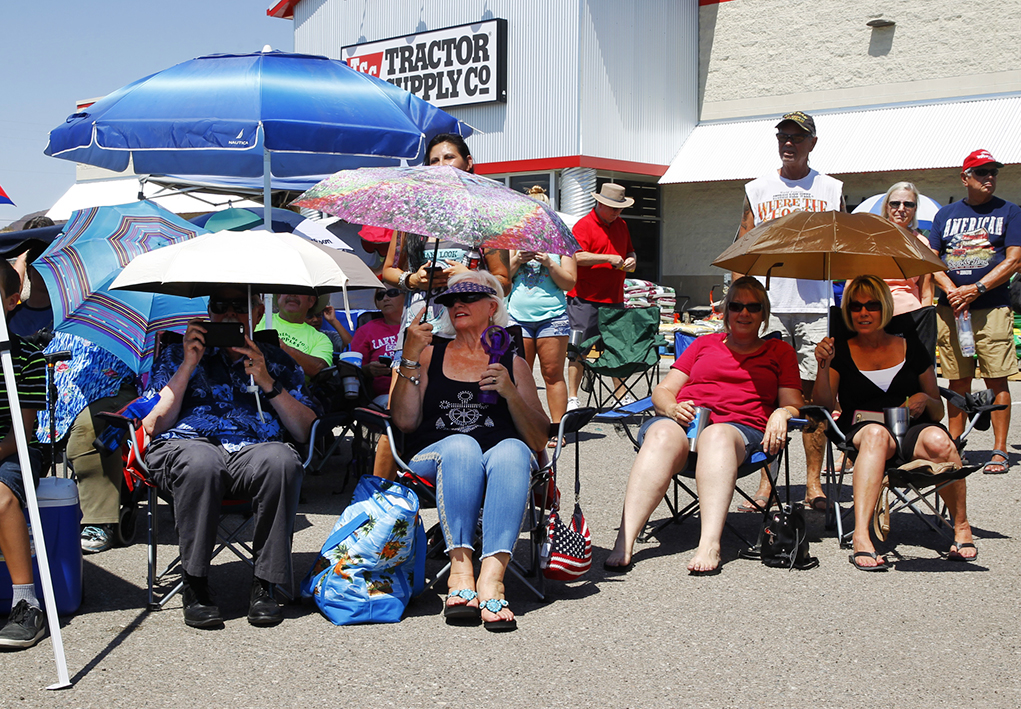 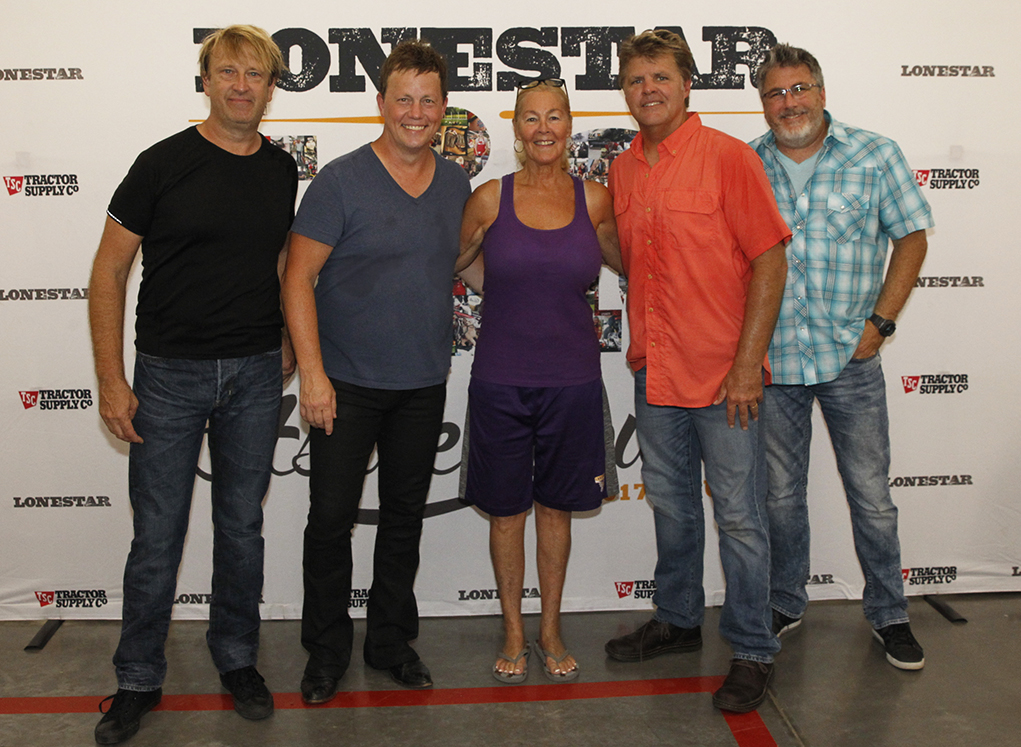 Ramona Barsotti-Liskey , the first fan in line for the Lonestar meet and greet, poses with the band Sunday afternoon. Jillian Danielson/RiverScene 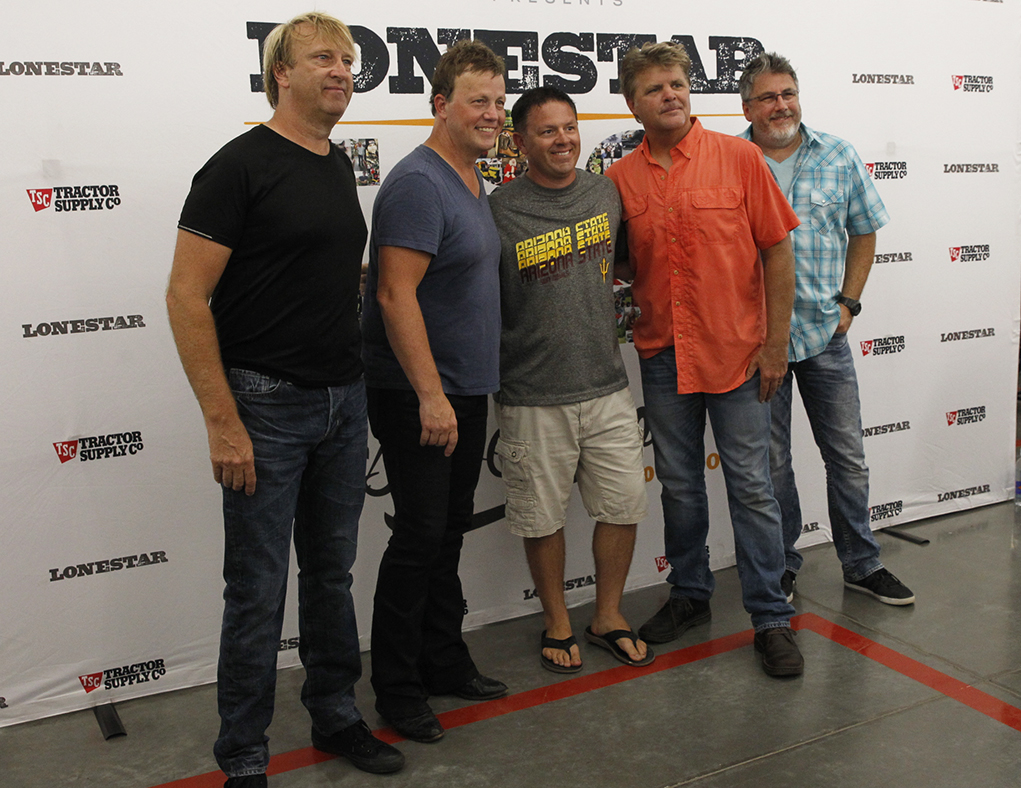 A fan poses with the band, Lonestar, during a meet and greet Sunday afternoon in Lake Havasu City. Jillian Danielson/RiverScene 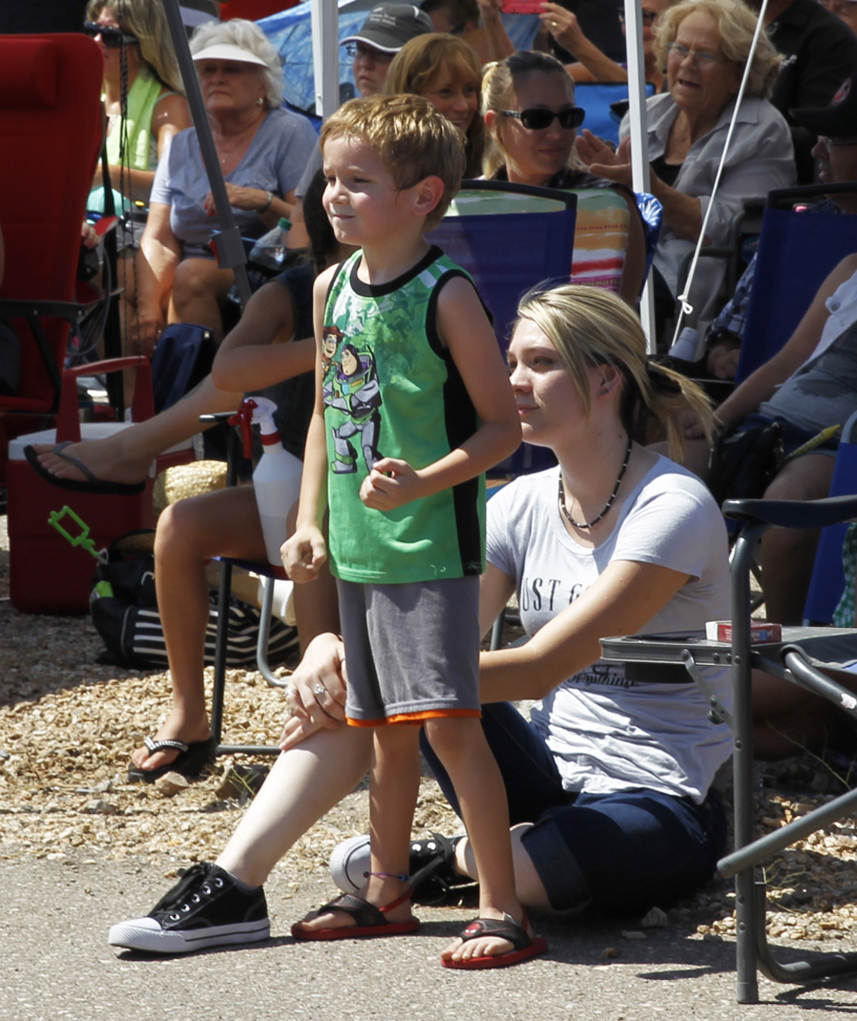 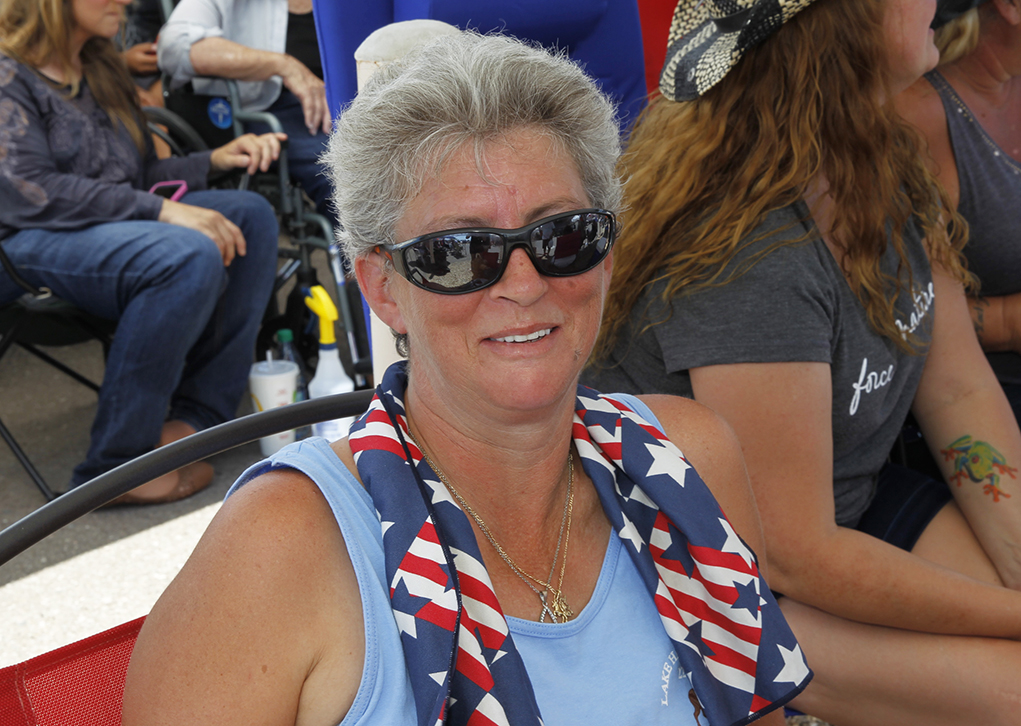