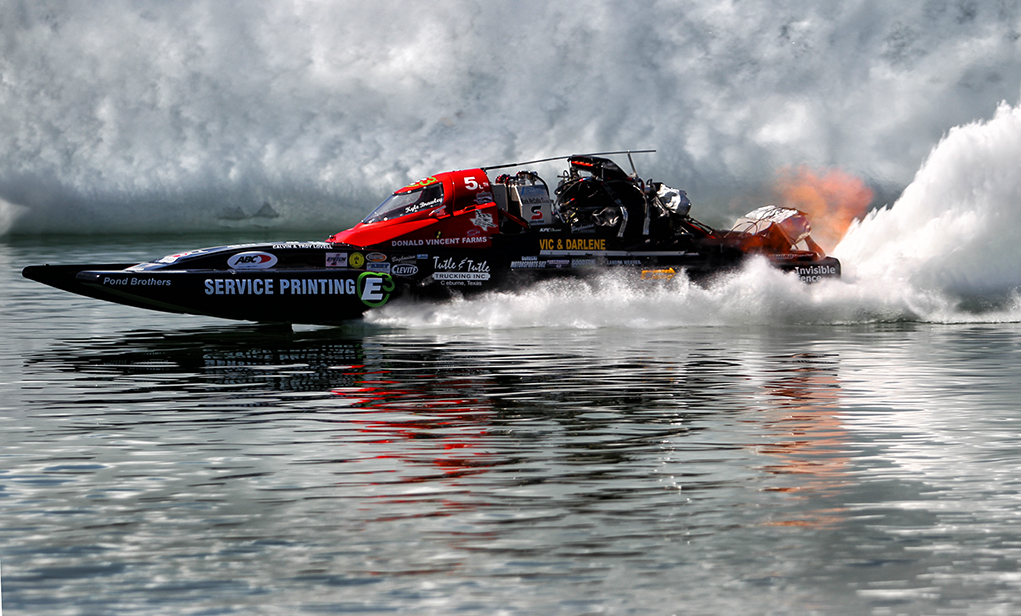 It was all about extreme speed, adrenaline and stiff competition Friday morning during the Anderson Toyota Scion Thunder on the River drag boat races in Thompson Bay on Lake Havasu. The event spans the weekend and features the second-to-final race in the Lucas Oil Drag Boat Racing Series. 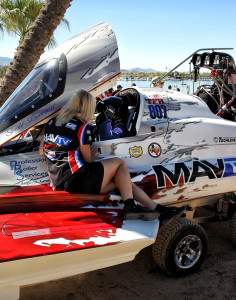 Top Fuel Hydro category’s top contender Scott Lumbert, driver for the “MAV TV Spirit of Texas” team, said Friday he hoped to secure his standings this weekend before heading into the series’ World Finals in Chandler next month.
“We need to make a good pass to keep that number-one qualifying spot going,” he said.
The course is a 1,000-foot shot into Thompson Bay beginning from the southern entrance of Bridgewater Channel.
Lumbert, of Creal Springs, Ill., has been racing for 30 years, with the last 15 years behind the wheel of a Top Fuel Hydro boat.
“I love going fast,” he said. “I’ve never been over 200 mph on land. This is different. It’s adrenaline.”
Lumbert and the “MAV TV Spirit of Texas” team boasts speeds of 274 mph recorded during the springtime Lucas Oil races in Parker. Last year, the team ran 265 mph on the Lake Havasu course. The team’s initial pass Friday was in excess of 260mph.
Fellow Top Fuel Hydro racer Todd Plate, driver for the “Problem Child” team, was point-wise in third- or fourth-place Friday.
The boat, owned by Eddie Knox, of Palm Springs, Calif., is a world record holder with an elapsed time of 3.39 seconds, Plate said.
Plate, of Nashville, Tenn., said the competition is the draw for him. And after an 11-year hiatus from the race circuit, this is his first year driving the record-setting boat.
“It’s a smooth ride when the weather is right,” he said. “I drive with one hand, and the other hand is on the parachute.” 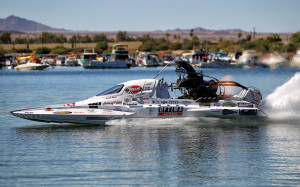 Plate’s initial pass Friday turned messy when a malfunction left rescue teams fishing him out of Thompson Bay. From shore, it appeared the boat flipped and no parachute deployed. A course buoy was tossed from the course’s confines. Moments after the crash, race officials reported Plate to be “OK” in the wake of the mishap.
River Racer category driver Randy Melton is the top point holder in this year’s Lucas Oil Drag Boat Races’ Division 1.
“I’ve been steady, concise all season,” Melton said Friday. “There are just two races left, but we won last year so I’m the defending champion.”
Melton, who is from Bakersfield, Calif., drives “Daddy’s Little Girl” which tops out at about 75 mph. The team pulled second-place during the most recent Lucas Oil series race in Dexter, Ore., on July 15.
“It’s really an adrenaline rush,” Melton said. “It makes you feel young again. And, I have a hot girlfriend. Everyone should have a hot girlfriend.”
In this particular race category, the competition is raring with about 80 points between the top bidding drivers.

Fellow River Racer competitor Mike Beierle, of Peoria, who drives “Timeless Addiction,” said it’s really bottlenecking with these last few races.
“One race can change it,” he said. “It will all come down to the World Finals.”
The circumstance creates real competition between the drivers when it’s this close.
“We talk smack, especially if it’s a boat more powerful than mine,” Beierle said. “It’s a lot of fun.”
River Racer category buddy and contender Scott Dolezal, of Chandler, who drives “What the Funk”, agrees.
“It’s crucial to finish out,” he said. 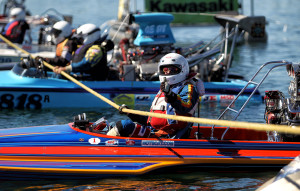 The Lucas Oil Drag Boat Race series finale is set for Nov. 6, at Wild Horse Pass in Chandler.
Racing resumes at 9 a.m., Saturday and again Sunday in Thompson Bay. Spectators can best view the races from the beach at Rotary Community Park, 1400 N. Smoketree Ave. Entrance fees are $25 Saturday and $20 Sunday. Teens receive a $5 discount. Pre-teens have free admittance when accompanied by a paid adult. Event parking is at Park Avenue and State Route 95, near the Aquatic Center
Tonight from 6-9 p.m. on McCulloch Boulevard, is the series’ Friday Night Fanfest. The drag boats are set to be displayed between Smoketree and Mulberry avenues. Fans can meet the drivers, hear the motors roar, and smell the top fuel burn. Beer gardens and vendors are onsite. Free parking available on Mesquite and Swanson.
For more information visit www.lucasoildragboats.com 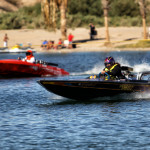 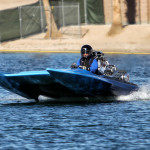 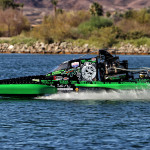 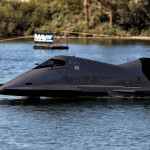 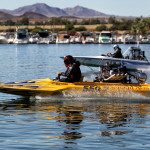 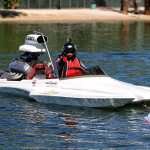 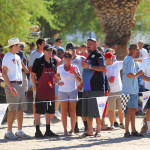 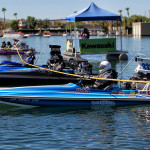 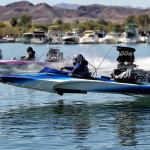 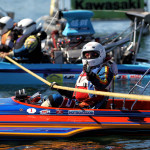 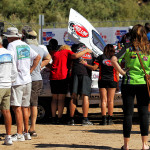 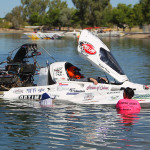 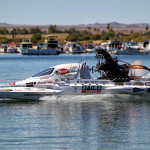 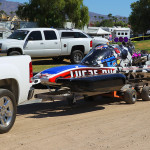 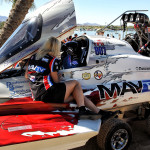 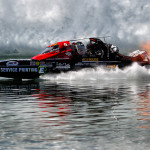 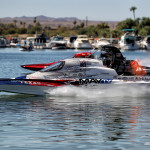