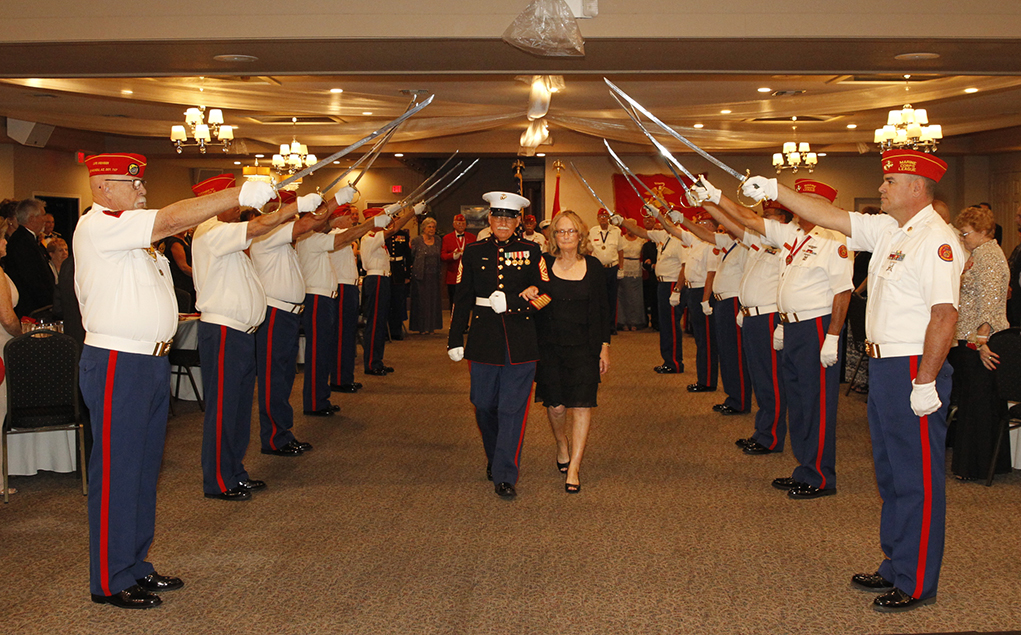 The ceremony opened with the Color Guard posting the Colors and the National Anthem sung by Pamela Harness. The oldest Marine in the room, Gene Burns, along with the youngest Marine, Sgt. Nathan Lang, participated in the ceremonial cake cutting.

Before the evening ended, Mayor Mark Nexsen spoke those in attendance. 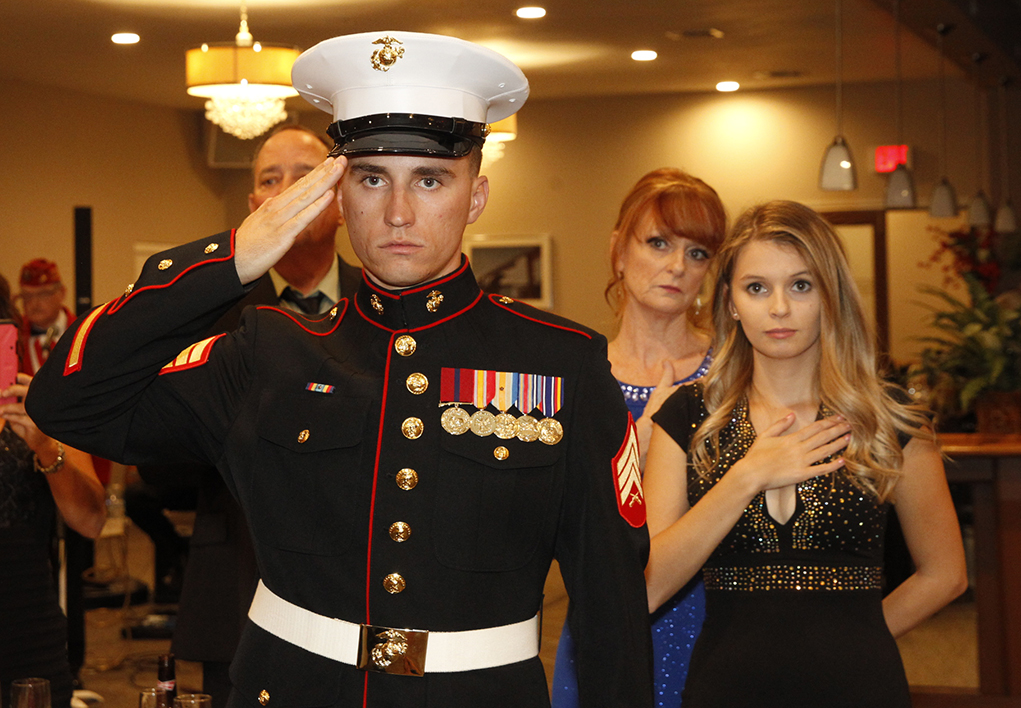 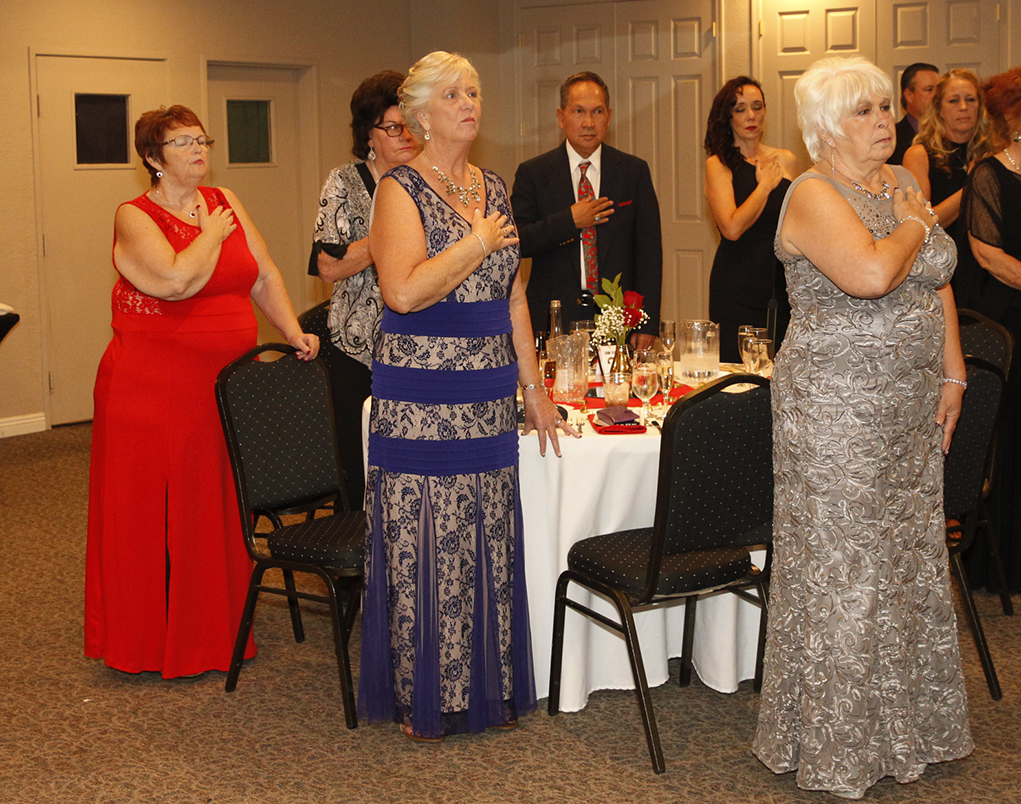 Attendees at the Marine Corps Ball place their hands on their hearts during the posting of the colors Friday evening. Jillian Danielson/RiverScene 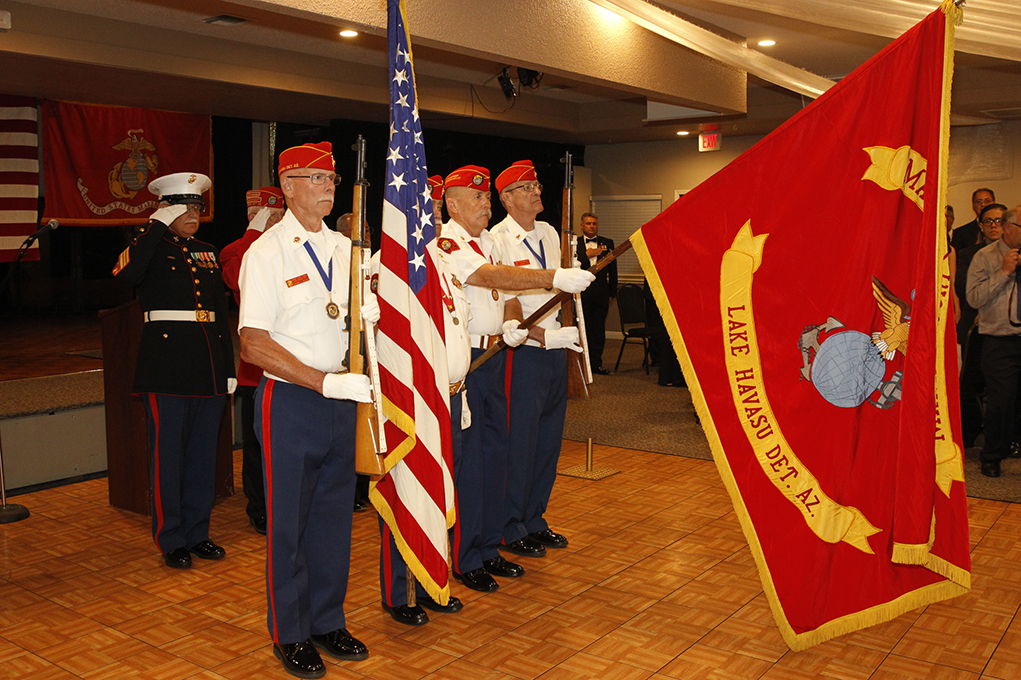 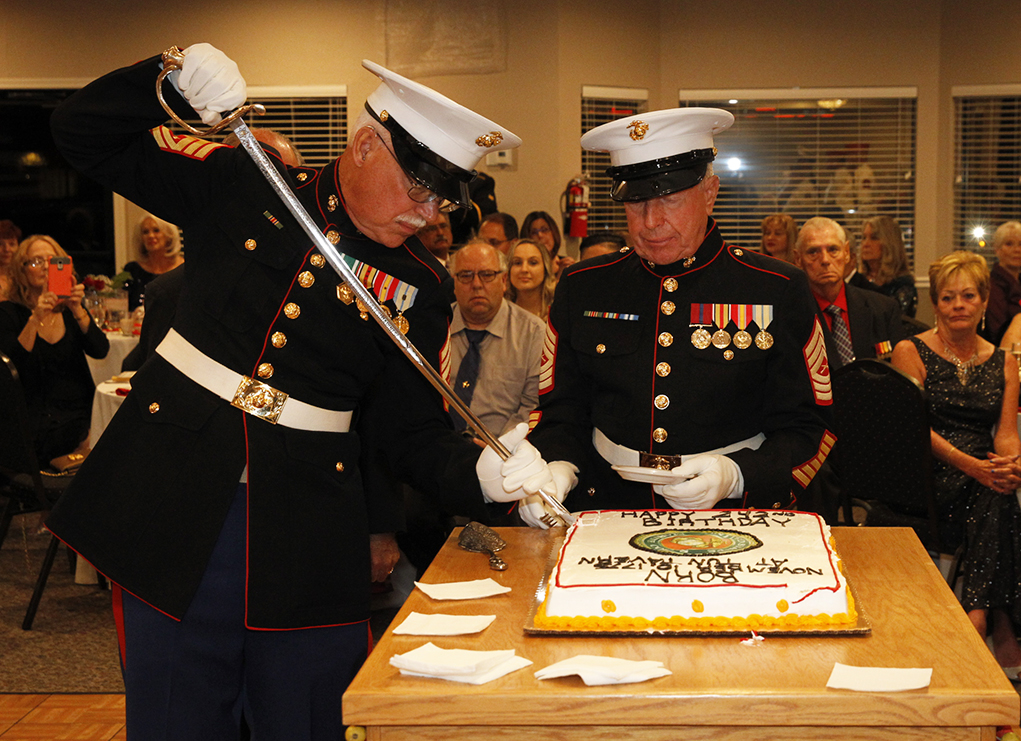 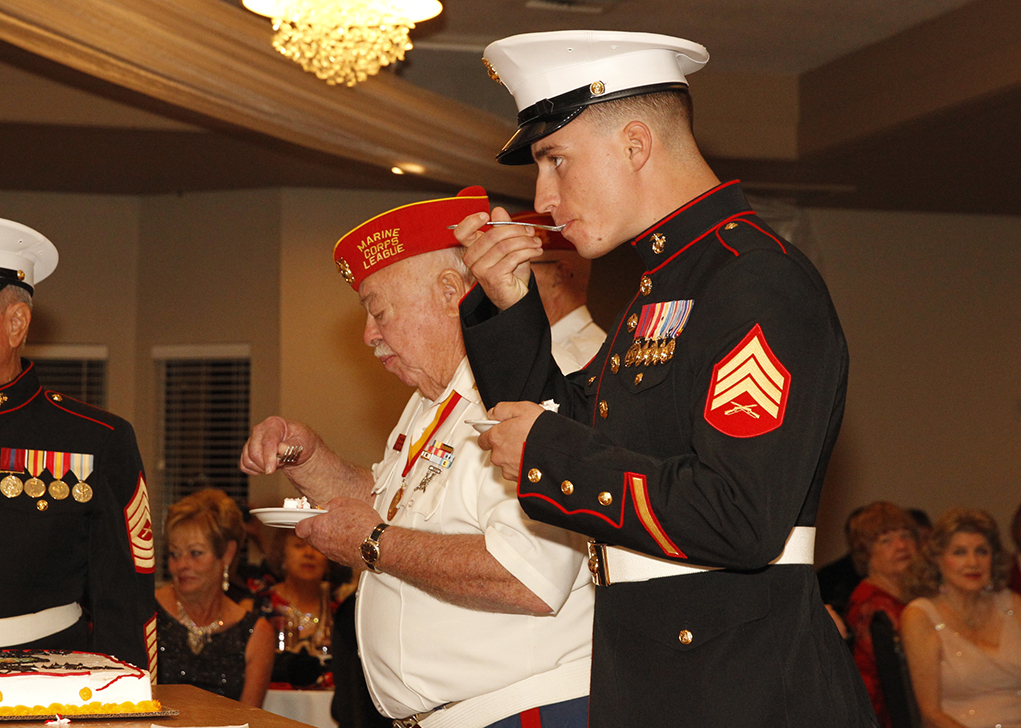 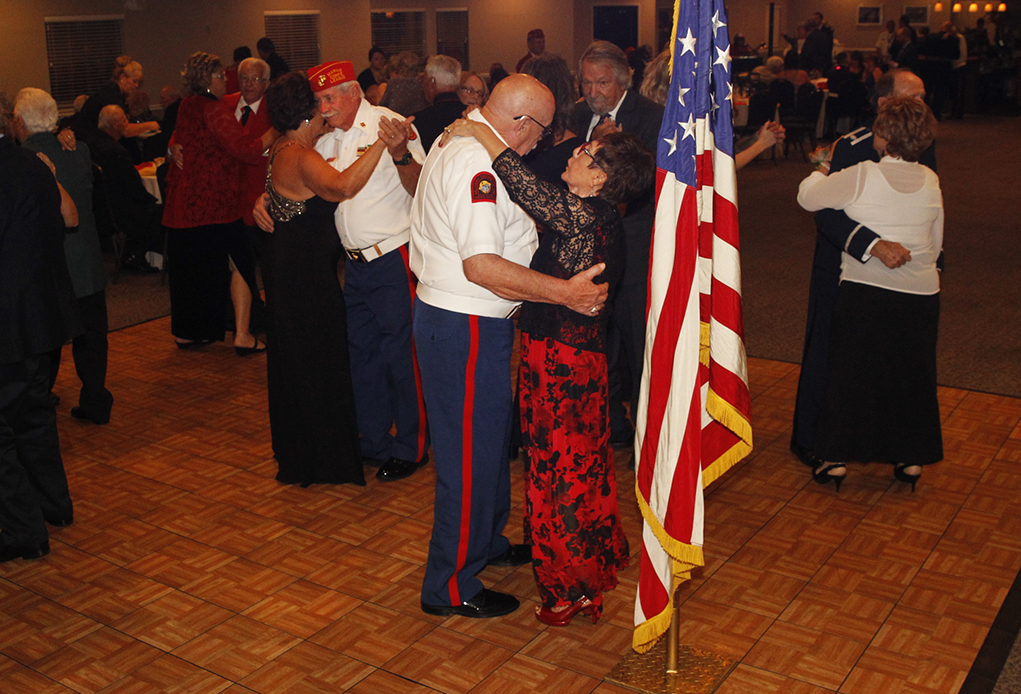 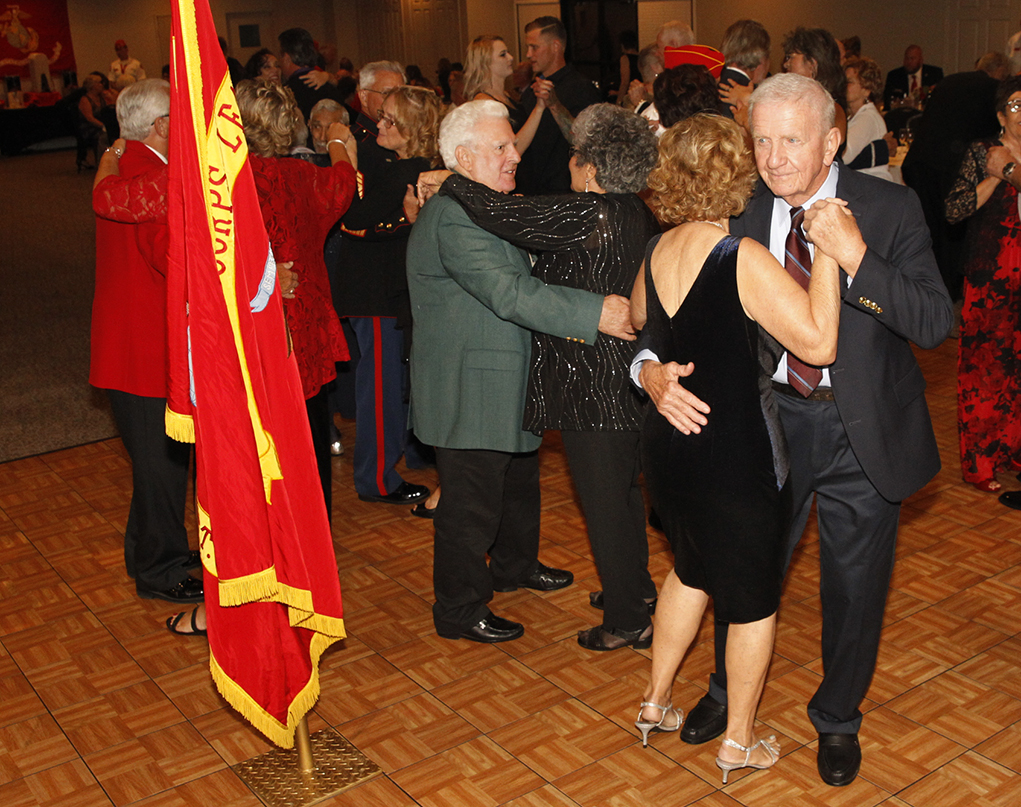