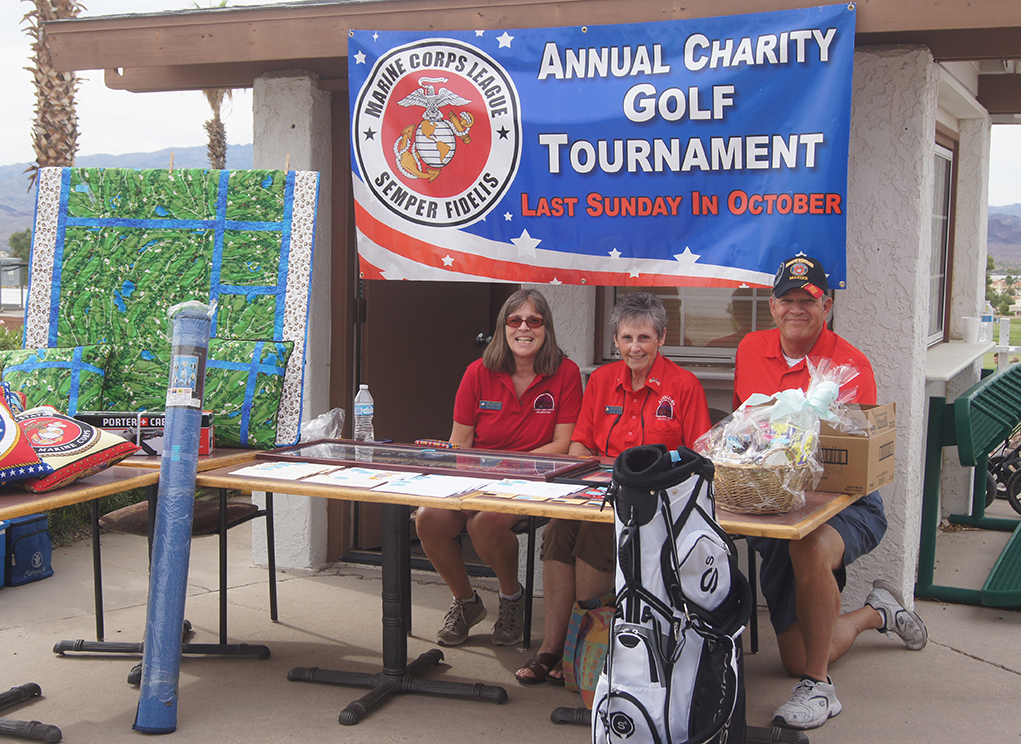 According to Kim McCoy, Senior Vice Commandant, 92 players were entered in the four-man scramble.

“We thank all of our sponsors for supporting us and making this possible,” McCoy said. “We hope to raise between $4,000 and $5,000 this year, which will go into our general fund to be used to help veterans in need.” 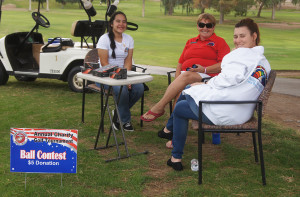 The League draws players from all over Mohave County, although, “Last year, a couple from Sweden was entered in the tournament,” McCoy said.

The Marine Corps League was assisted with the tournament by the Young Marines of Lake Havasu, as well as the International Order of Rainbow for Girls.

The tournament handed out about $1,100 in prizes to first-, second- and third-place golfers, and for Closest to the Pin and Longest Drive, both male and female divisions. Raffle prizes included an All American Fitness Bar designed and donated by Walter Spawr, a golf bag, gift baskets and accent pillows in military designs made and donated by Adeline Reiten. 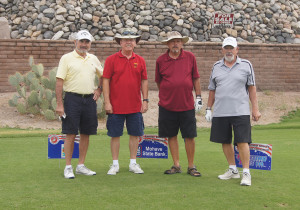 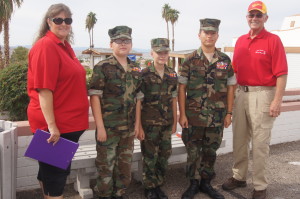